A MUM has been slammed online after she dressed her young kids up as the feuding "Tiger King"Joe Exotic and his enemy Carol Baskin for a photoshoot.

Jennifer Holmes was told by online trolls that her one-year-old son Cavin could "turn out gay" because she dressed him up as the controversial zoo owner who had been married to two men at once. 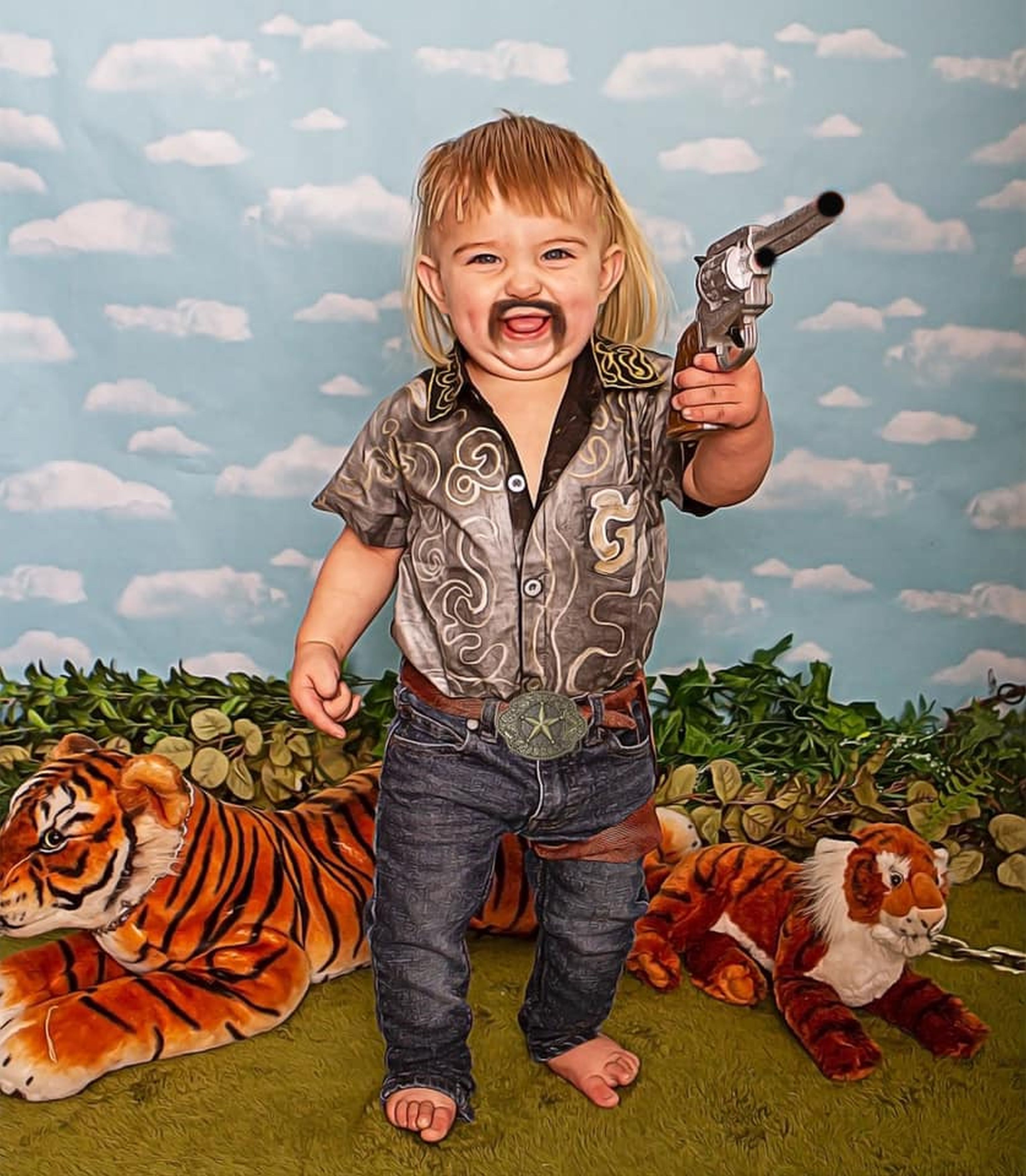 Joe is the subject of a new Netflix documentary after being jailed for 22 years for plotting to murder his nemesis, animal rights activist Carole, who continually protested against his mistreatment of wild animals.

The mum-of-nine had been watching the hit Netflix series with her husband Weston and their three oldest sons when she had the idea for her son's upcoming birthday.

So the following day, photographer Jennifer, 38, set out with her family to create a cake smash photo-shoot and dressed Cavin in the controversial costume – complete with mullet made from his 10-year-old sister Cataya’s hair extensions, a moustache and a pistol.

Jennifer and hubby Weston, 32, put Cavin in a spray-painted shirt next to two giant stuffed tigers, with a toy gun and some grassy props – and he even did mock coy poses with his finger in his mouth.

But the icing on the cake was transforming five-year-old Copelyn into a mini version of Joe's mortal enemy Carol Baskin – innocently kissing tigers while her brother paraded around toting guns. 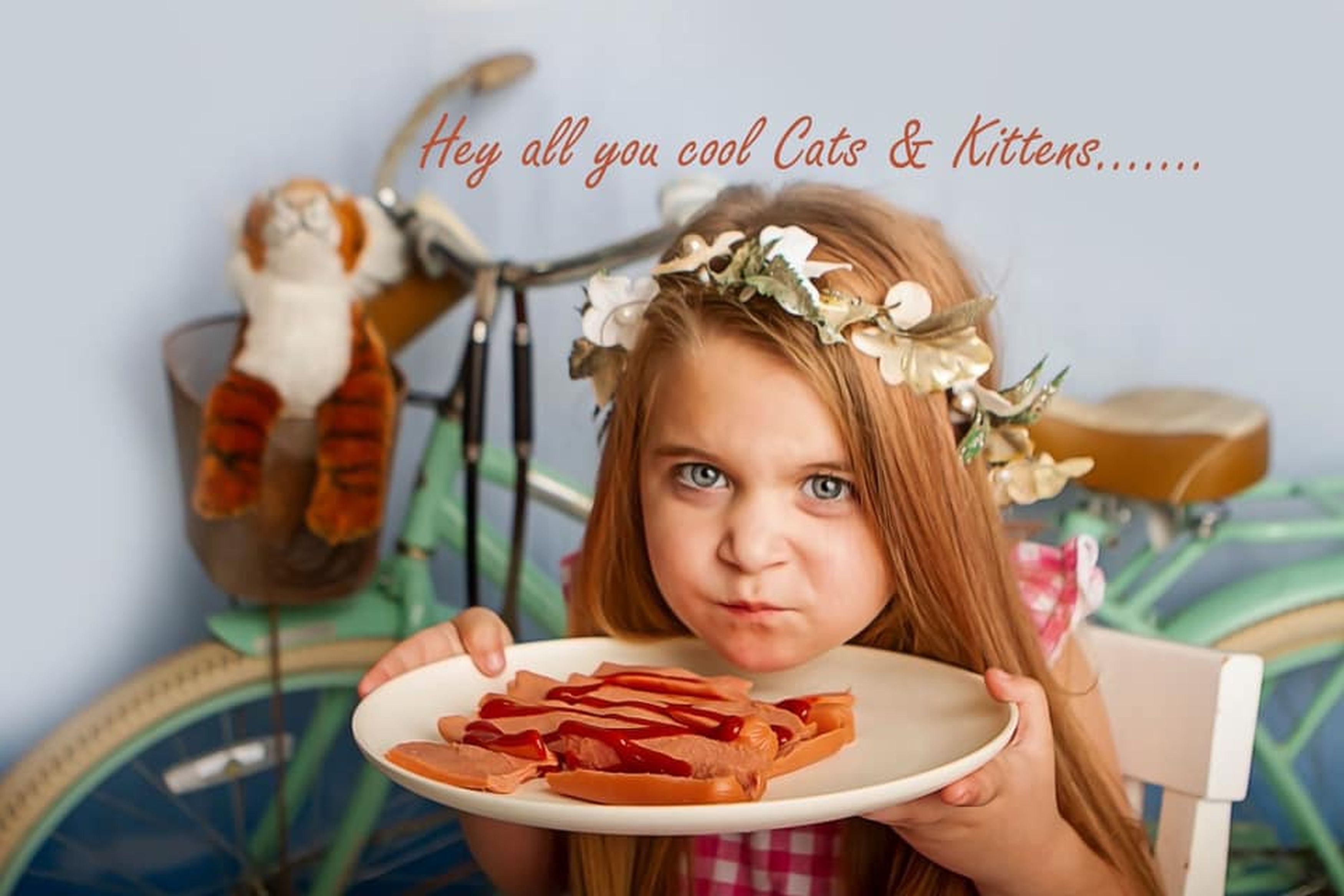 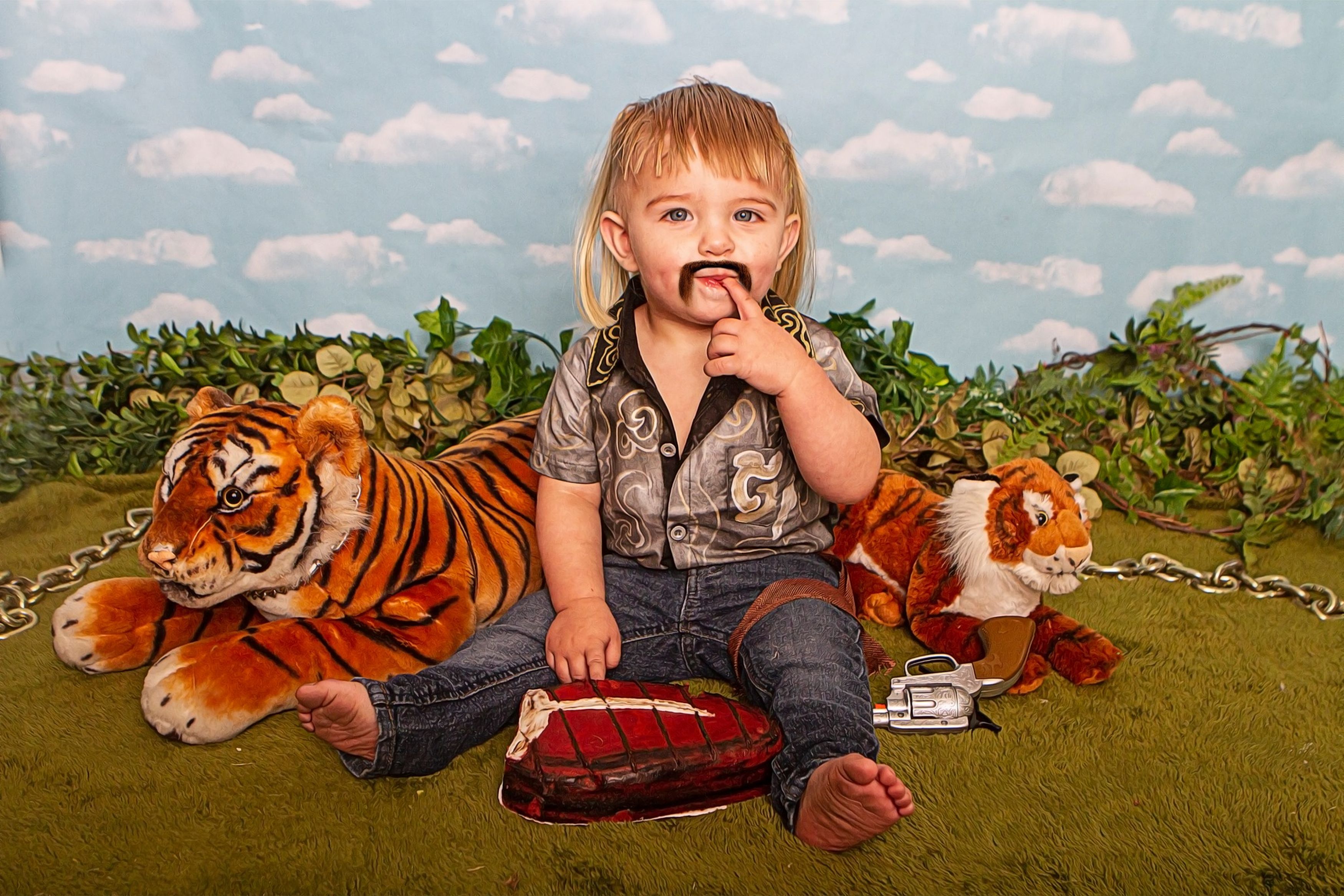 After posting the hilarious pictures online, the shoot received more than 100,000 reactions, shares and comments.

While most saw the funny side of her pictures, "the odd snowflake" slammed her for allowing the tot to hold a toy gun and even warned he may become gay – just like polyamorist Joe.

Jennifer, from Payson, in Utah, US, said: “Joe Exotic has a shady background.

“We’ve had people yelling at us about the gun – even though it’s a plastic toy. If they think a one-year-old could hold a pistol with one hand they’re not very smart.

"I’ve also had some people telling me I shouldn’t have kids or my son will turn out gay. 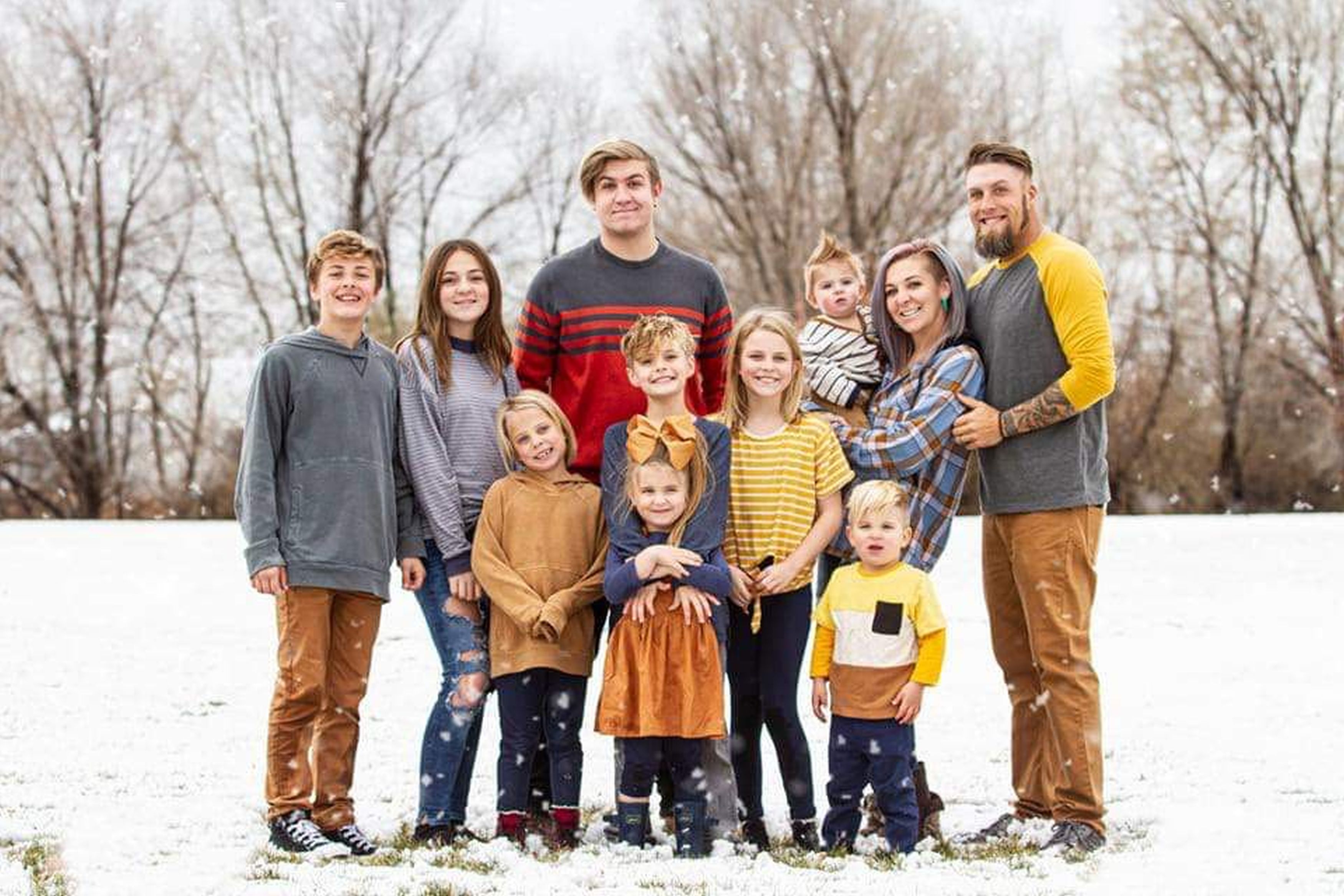 But despite some of the negative comments, others admitted that they "haven’t smiled since this pandemic" and that they were amused by the creative snaps.

The Nexflix series shows criminal zookeeper Joe in all his gun-toting glory, along with his enemy Carole Baskin, who protested against Joe’s treatment of lion and tiger cubs.

Jennifer admitted that her older boys, Carter, 18, Cadence, 14 and Ryder, 12, were so shocked by the strange character that she knew she had to include him in Cavin’s upcoming cake smash.

She said: “Their response to [the series] was making me laugh so much because they were in such shock. It’s just so bizarre – so weird.

“That night I thought ‘I’m going to do something with this.'" 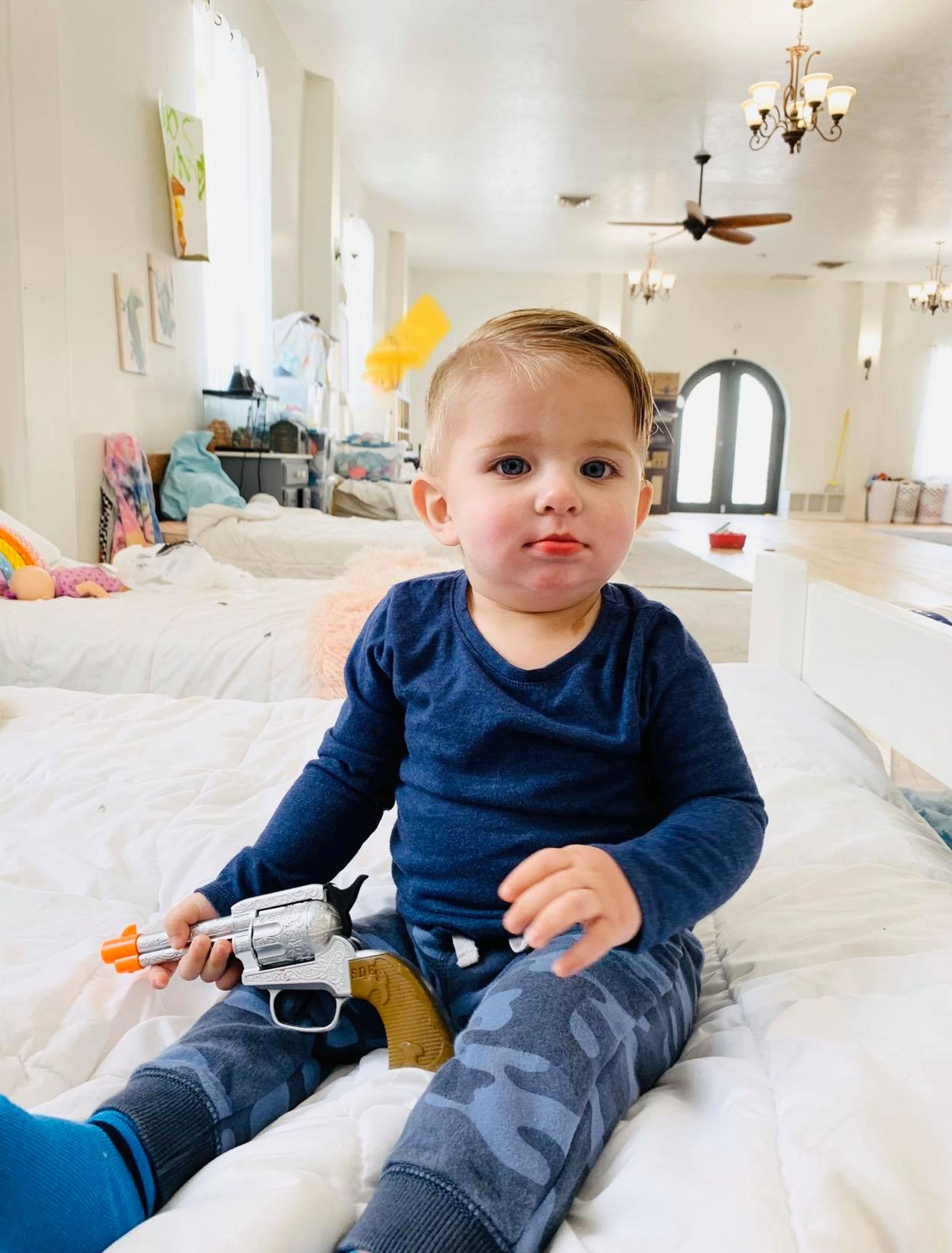 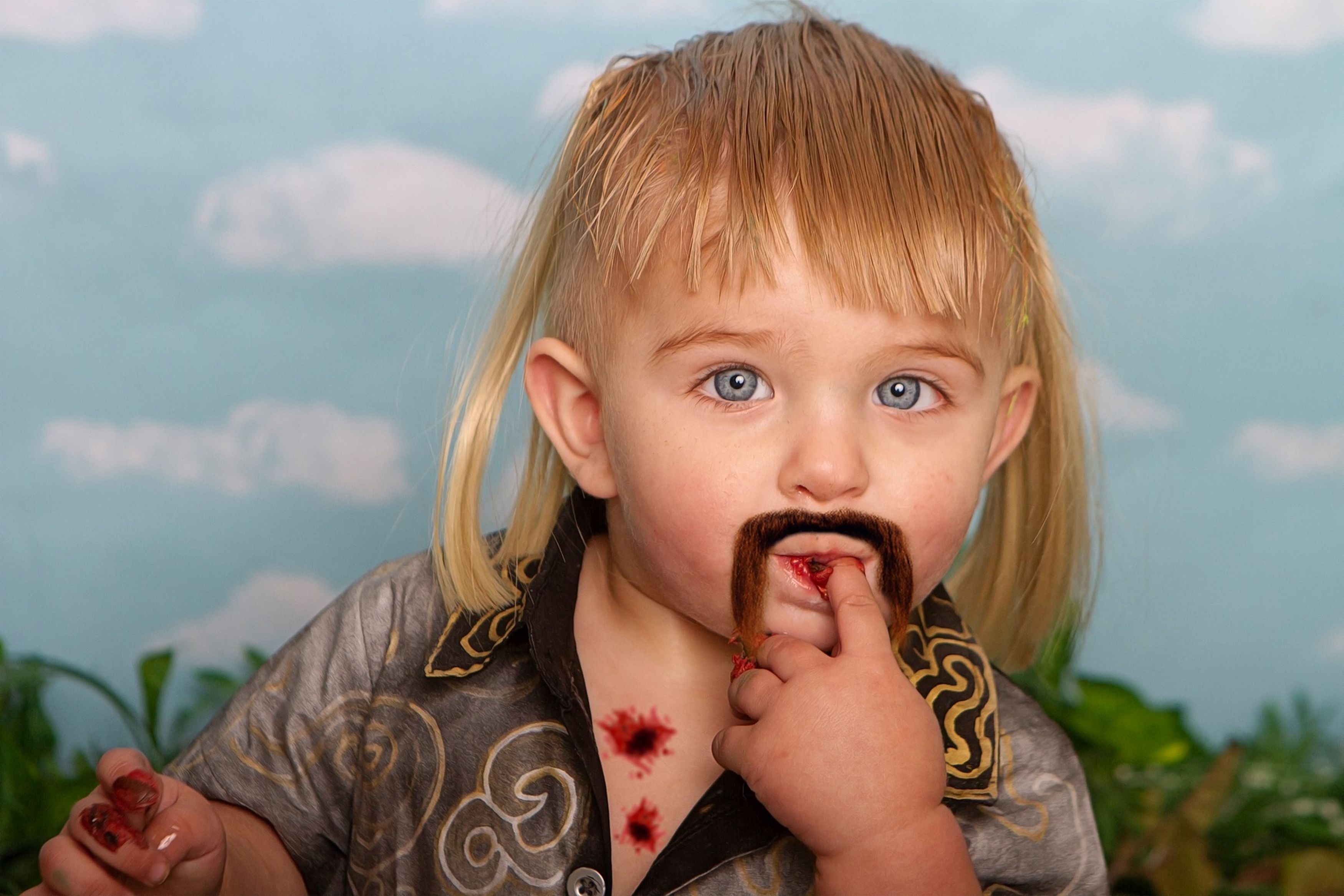 Speaking of how the shoot came together, Jennifer said: “Earlier that day, my daughter had clipped her hair extensions into Cavin’s hair and he was running around with a little mullet. Everyone was just laughing and laughing.

"I’m a photographer so that also makes me a hoarder, meaning I have a million things in my studio.

“I do jungle cake smashes or different themes and have so much crap. That’s where the tigers came from.

“Then my sons and I painted the shirt with metallic markers and my other son sprayed it and photoshopped the moustache on there afterwards." 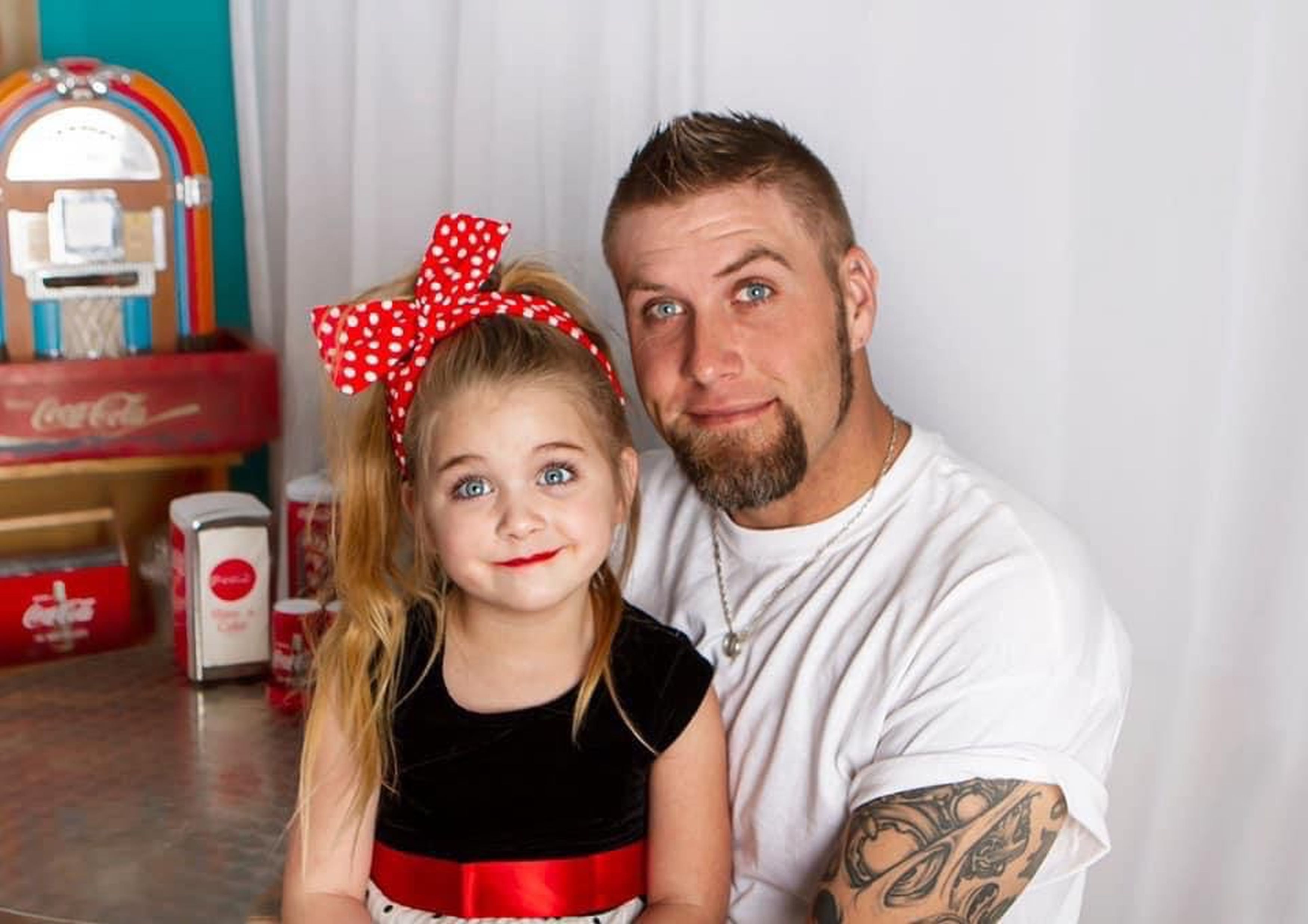 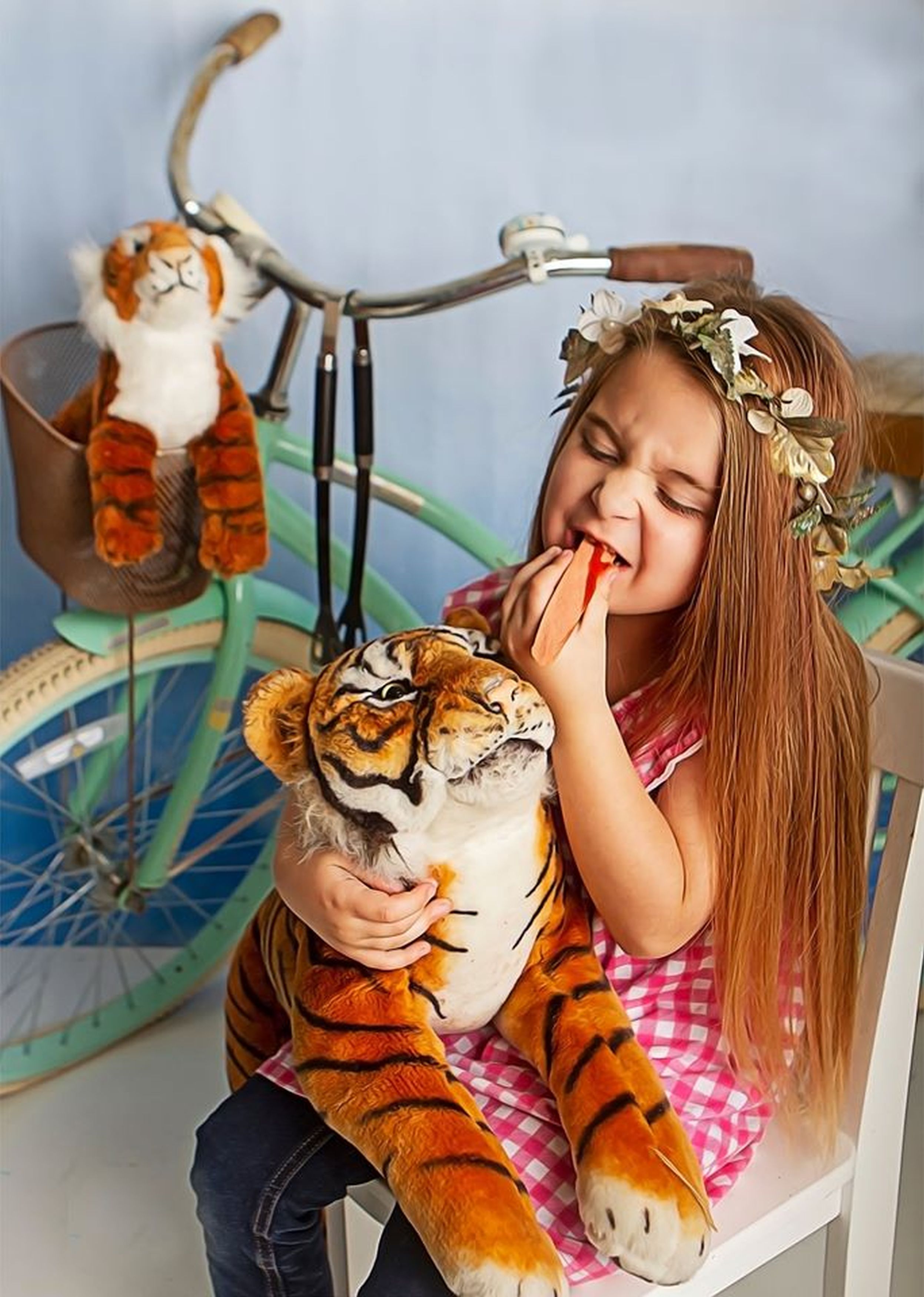 During the photo shoot, Jennifer said her son Cavin had her laughing so much that she couldn't hold the camera steady and that she had "tears in my eyes from laughing so hard."

She said: “He loved having his hair like that. Funnily enough, even when we were trying to take the clothes off him, he kept grabbing the hair and putting it back on his head.

“He just loved the response of everyone laughing at him.

"We have a crazy household and it’s very funny – they’re the best kids and they got along so well.” 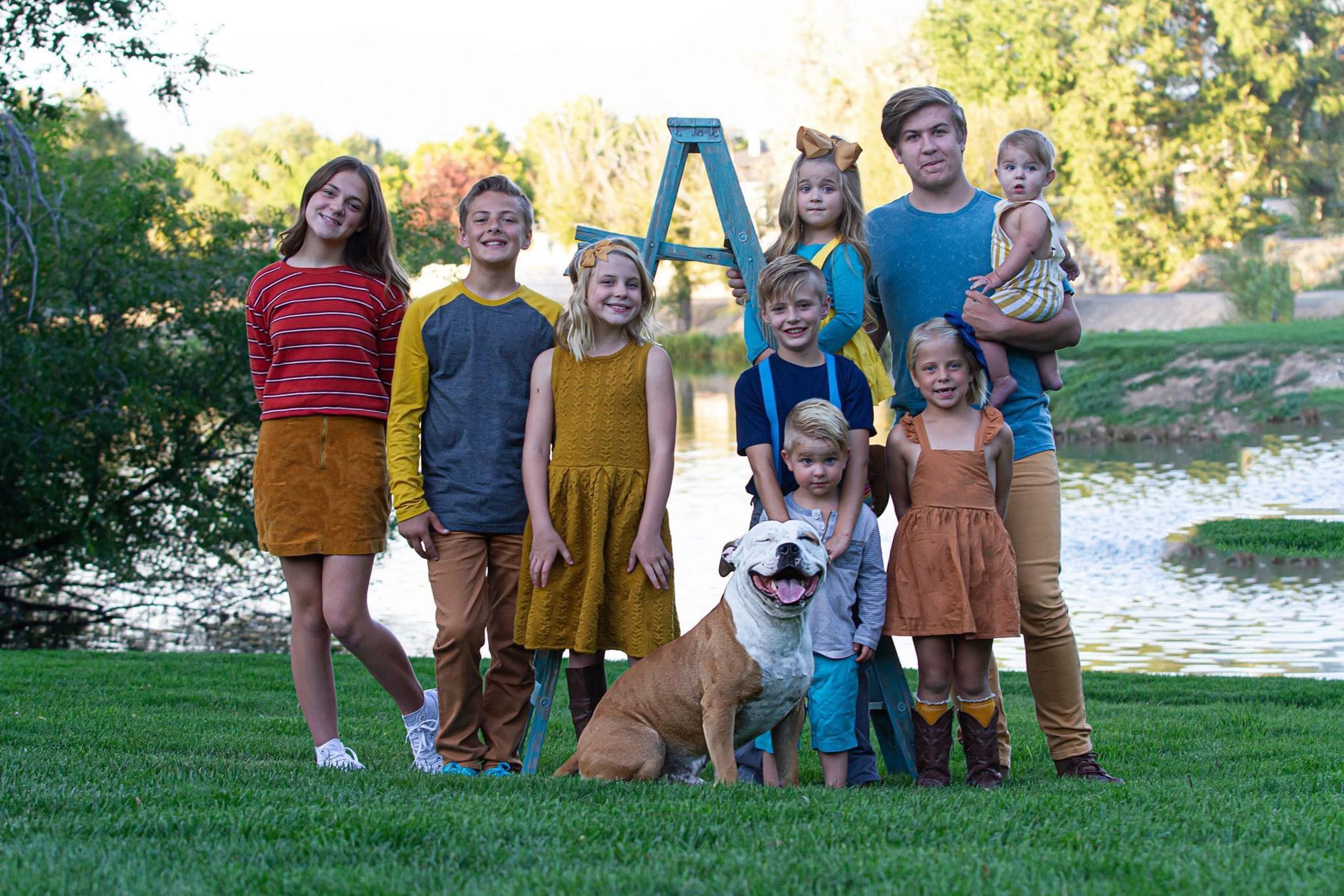 After being blown-away by just how viral her son had gone, Jennifer then decided to take her talents further – by dressing up Copelyn as animal rights activist Carole Baskin.

She said:"“All of the kids are very good at pictures.

“She [Copelyn] was completely up for it and wanted to be famous.

"In the morning she asked ‘how many likes do I have?’"

Adding: "Carole Baskin’s quite a hippy. She has the long, long hair so that worked out because Copelyn has hair down to her butt anyway.”

In other news, meet the coronavirus stockpilers who use BB guns & chainsaws to protect their huge hauls & even keep them under lock & key.

Plus, one woman tells 'my £5k DD implants saved my life – doctors said I had a cyst for THREE YEARS but boob job surgery revealed cancer.'

Meanwhile, polyamourous throuple say they are all equal but only he has sex with wife and girlfriend who is 23-years-younger.