LIKE Louise Redknapp – who recently revealed her sadness at not salvaging her marriage to ex-husband Jamie – these three women wish they’d fought harder to save their relationships. 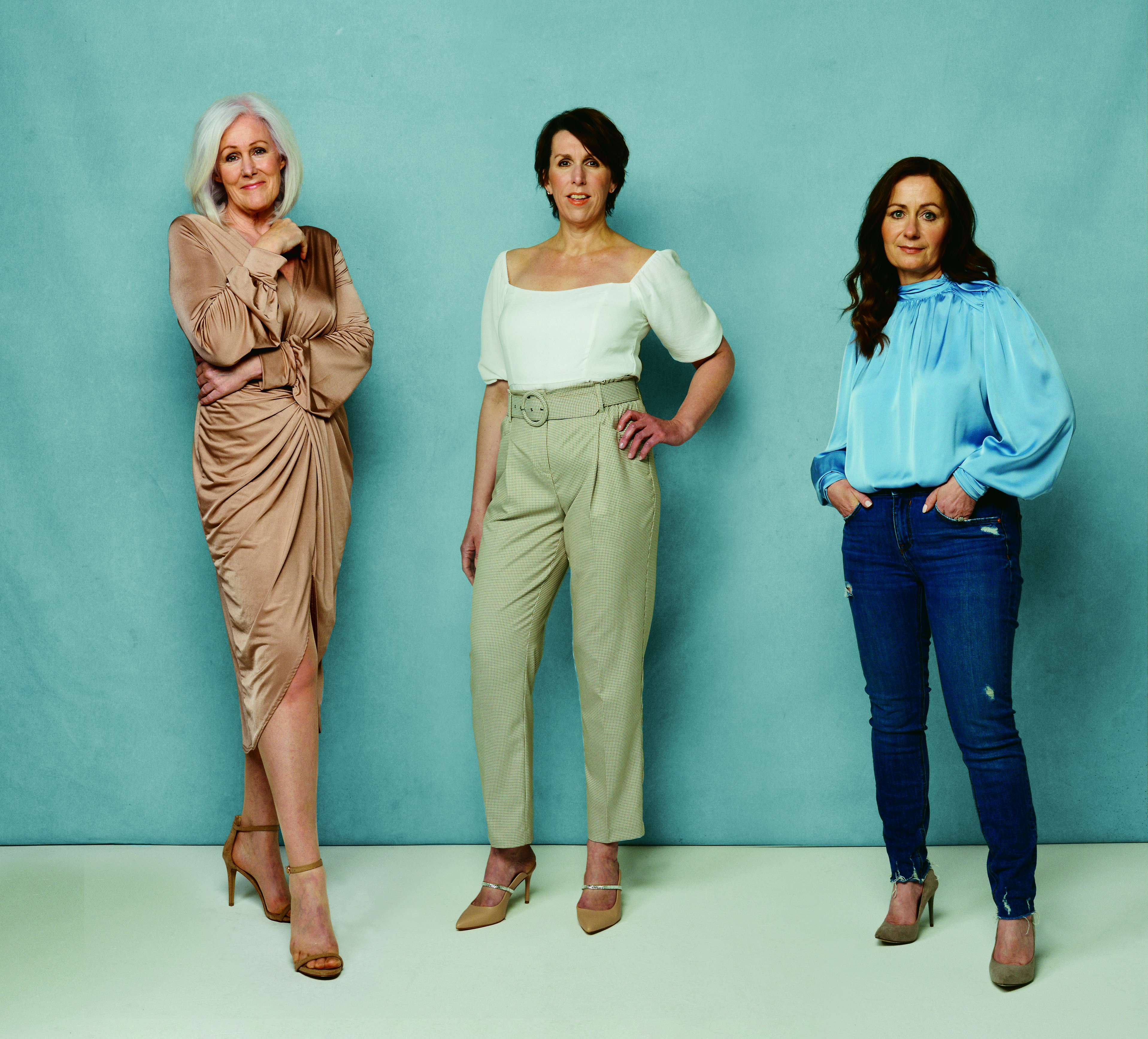 MAXINE Clancy, 53, is a relationship coach and lives in south-west London with her children Daniel, 18, and Amber, 16.

“As Allan, my husband of six years, got ready for a work trip away one morning in early 2010, I noticed that he had a real energy about him. 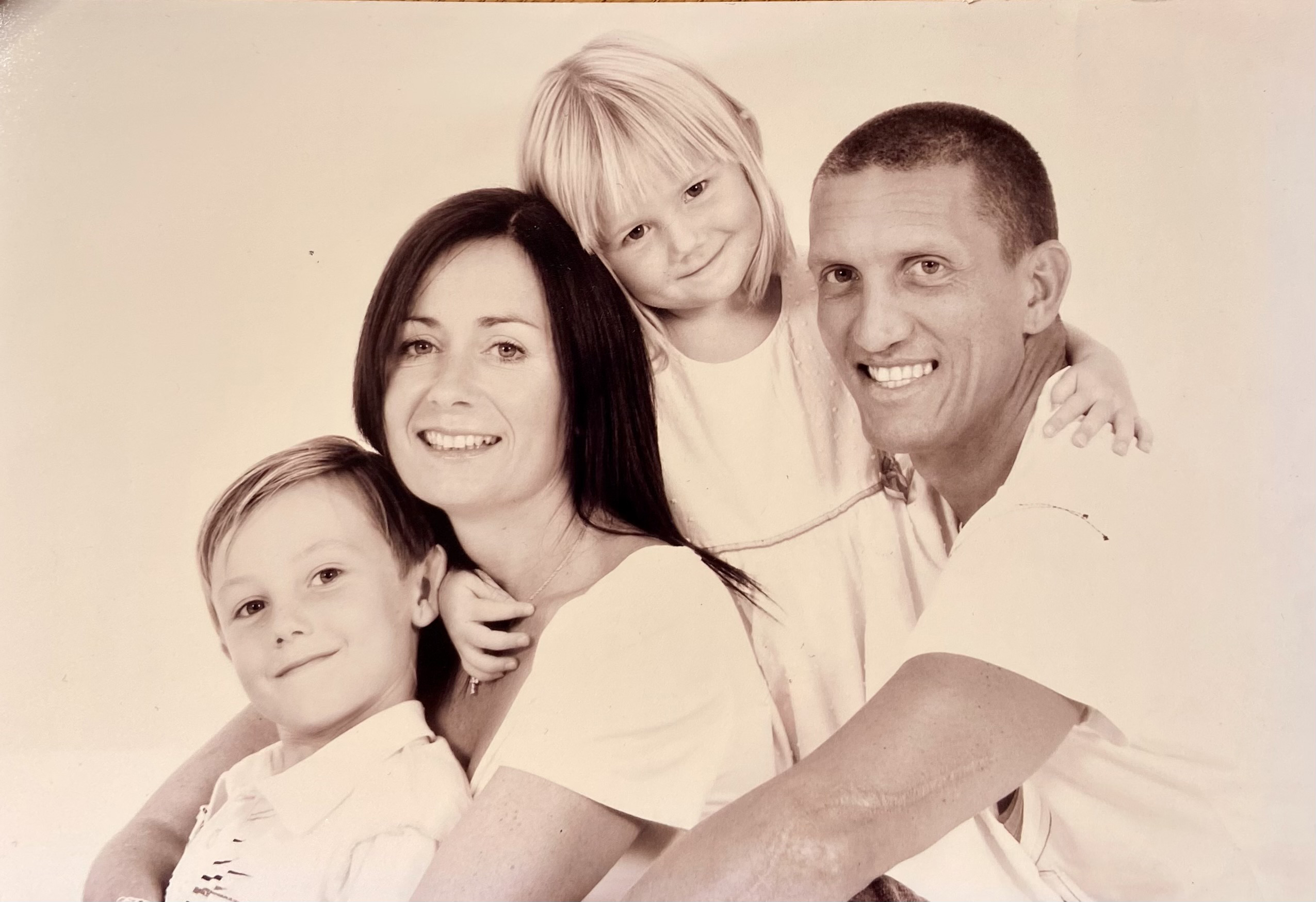 He looked good, was wearing nice aftershave, and I got a sudden feeling that he was having an affair.

After he left, I rang the hotel he’d told me he was staying at, but they had no booking in his name.

It was like a gut punch. Allan and I had a whirlwind romance after meeting at a work conference in San Diego in early 2001.

When we returned to London, he asked me out for dinner and four months later, I found out I was pregnant.

We moved to Durban in Allan’s native South Africa in November 2001 and our son Daniel was born the following March. Two years later, our daughter Amber was born.

We set up a business teaching leadership skills and had an amazing marriage – until 2008 when Allan became increasingly distant.

I put it down to work stress. In May 2008, we moved back to the UK because the new company he’d set up collapsed and we lost everything in the global financial crash.

For the next 18 months, our relationship felt flat, but each time I raised the issue, he blamed his inattentiveness on work and money worries.

But then I discovered his lie about the work trip and decided to confront him. As I waited for him to come home the next night, I felt sick with nerves.

I tried to compose myself before asking him if he was having an affair. He denied it, but at that moment his phone went off.

I grabbed it and there it was: a clichéd text that said: ‘I miss you in my bed’. He confessed that he’d been having an affair for nine months. I was devastated and we had an argument. 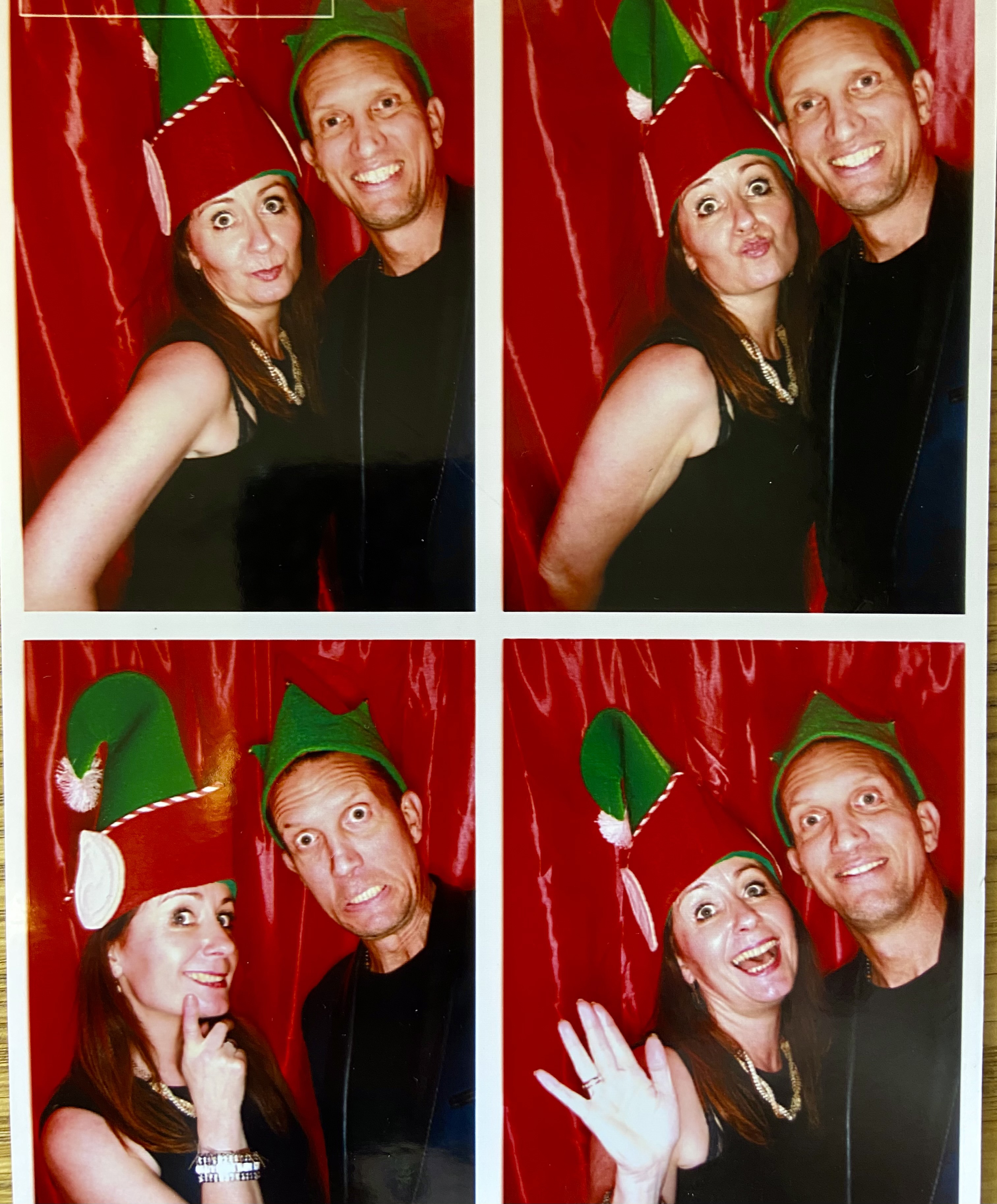 He told me he was sorry, which led to an agreement that he would finish the affair. But then, 10 days later, we were visiting friends for the weekend when we had another furious row in front of them about it, and Allan walked out.

It was a huge blow, as we had two gorgeous children and I was so invested in our family life. The kids were devastated, asking where Daddy was and when they would see him again.

We agreed that Allan would see them once a week, and were careful to speak kindly about each other in front of them.

He moved in with the other woman, but they didn’t last, and we got divorced in May 2016. Although Allan was unfaithful, I wish we’d tried to reconcile the marriage for the sake of our family.

On reflection, I always put his needs before my own and it set a precedent. He’s a larger-than-life character, and I see now that I was people-pleasing to avoid conflict.

'WE LOVED EACH OTHER'

I wonder if things could have been different if we’d tackled smaller issues like these and I believe that, had we got professional help, we could have worked on our marriage and stayed together, because we did love each other.

Though I’m not sure I’d have been able to trust him, I would have at least tried.

Things are civilised now, and the four of us can have dinner together for the kids’ birthdays. I met a lovely new man, Simon, on New Year’s Eve 2017 and we got engaged exactly two years later.

I feel like I’ve moved on, and I’m really happy with Simon. I’ve also turned adversity into opportunity, as I coach people who are going through divorce and help them to take responsibility, like I have myself.

But still, when I see pictures of the kids when they were younger, I still feel sad about the life we all lost.”

‘The menopause made me think I no longer loved my husband’

LORNA Brown, 56, is a hospital administrator and lives in south-west London.

“One night in 2013 when my husband Tony and I were lying in bed, I ranted to him about how his behaviour enraged me. 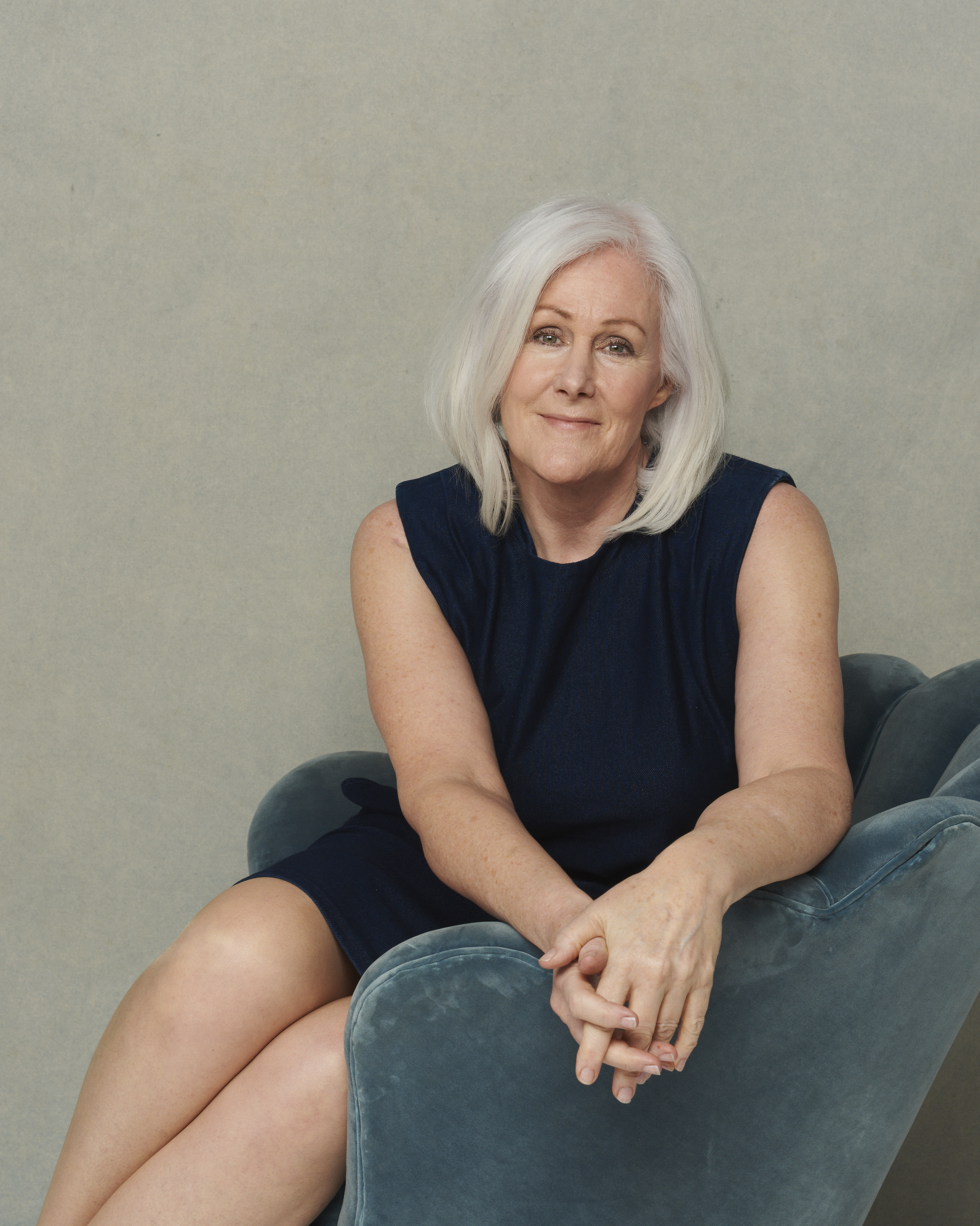 ‘It’s the way you walk on your toes,’ I told him, knowing that I sounded ridiculous. He was the love of my life, but overnight I felt like I didn’t love him any more, and I couldn’t understand why my feelings had suddenly changed.

I met Tony at a party at the gas spring company where we both worked in April 2007. He was kind, funny and loving, and he was also 12 years younger than me, which was a breath of fresh air.

We quickly moved in together, and he proposed in 2009. We had a small wedding in our local Italian restaurant with my daughter Amy, then 14, as bridesmaid, and we were so happy.

But things changed when, at the start of 2012, I was hit by the menopause, aged 46. It upended my life. My sleep became terrible, and I was besieged by hot flushes.

Tony was incredibly supportive and, at first, I coped OK, but after a few months, I found myself becoming increasingly irritated by him – and the more understanding he was, the more smothered I felt.

'THE LOVE OF MY LIFE'

It was small things, like how fast he drank, the way he walked, or his accent, and I’d find myself mimicking him.

I felt like I was a pressure cooker about to blow, yet he was always lovely and never reacted. I had no idea that my behaviour was down to the menopause.

By Christmas Day 2013, it came to a head. We’d all been trying hard to make the day special, but I just felt like I was living a lie.

When we got into bed, I told Tony I couldn’t be married to him any more. I think he may have seen it coming, but he was still devastated, and when he tried to change my mind, I wouldn’t budge.

Soon after, he moved out, and I felt immense relief – I truly thought I’d done the right thing. We divorced in 2015 and it wasn’t until three years later, when the menopause finally passed, that it hit me – I still loved him. 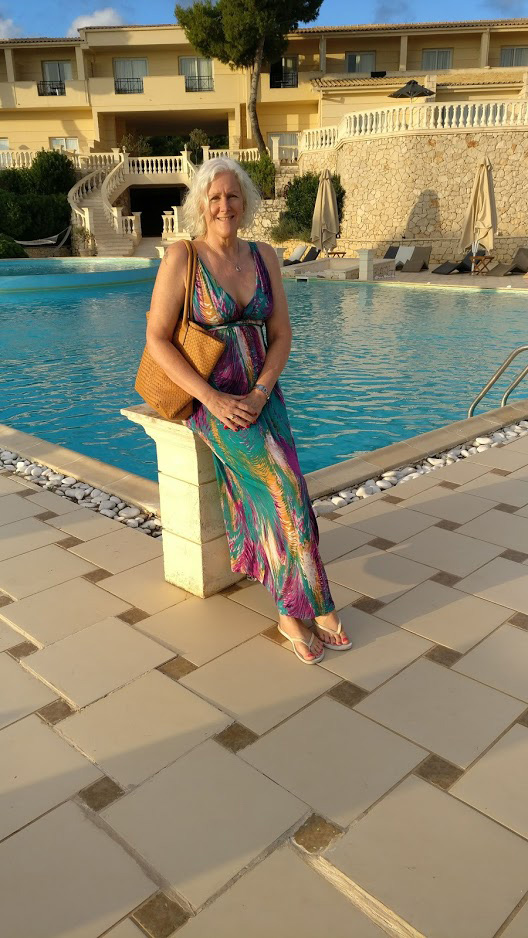 Wondering if my behaviour had been down to my hormones, I called a menopause support line, and they said that it’s not uncommon for anger and sensitivity to be directed at a partner.

I felt heartbroken. Tony and I had stayed in touch for a few years, but our contact had lapsed in 2018 when he moved in with his new girlfriend.

I didn’t call him to speak to him about my feelings, as it would have been unfair on them both, but I know that if Tony knocked on my door as a single man and asked if we could get back together, I would take him back in a heartbeat.

I wish, in hindsight, that I’d started HRT, as that would have balanced my hormones and maybe my marriage could have survived.

I’m still single now, and I have to live with my decision every day. If only I’d known then what I do now.”

‘My loss of independence affected our marriage’

ALI March, 46, runs a support group for divorced and bereaved people and lives in Ascot with her partner and two sons.

“As I listened to my husband Sam* having an argument with his mum on the phone in December 2015, I snapped. Jumping up, I told him that it was over – I’d had enough of hearing him clash with his family over the years. 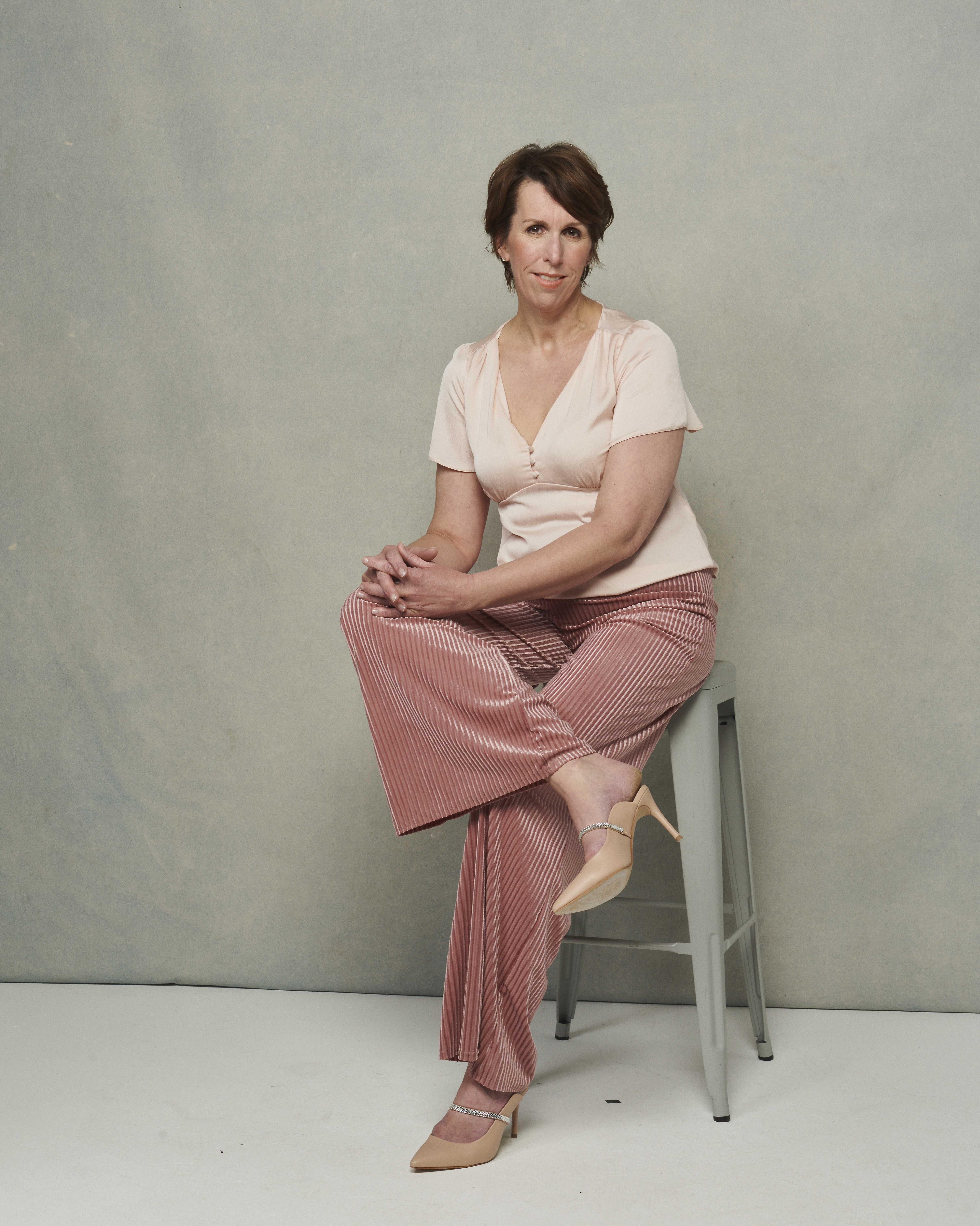 He was furious, telling me I was ridiculous, but I meant it. Romance first blossomed with Sam after we met in 2000 in a bar in Windsor.

He was from overseas and was very romantic and charming, sweeping me off my feet and taking me on lovely holidays.

Straight away, I noticed he was very close to his family, which made me feel safe. We got married in a big church wedding in Berkshire in 2003, before taking an amazing, month-long honeymoon to Canada and Hawaii.

Before our wedding, I gave up work as a recruitment consultant and later went on to have our children.

Sam came from a wealthy background and from early on in our marriage, he would spend a lot of time on the phone to his family discussing finances.

On one trip to the zoo with the kids, I remember he spent most of the day on the phone, and when he wasn’t on his mobile, he was clearly thinking about other things.

I loved him deeply, but I began to prefer spending time with friends, as I felt like his attention was always elsewhere, which made me feel lonely.

Whatever we did, and wherever we were, his mum would call him. I tried to have a relationship with her, but he kept us separate and she always seemed to come first.

Then, in 2015, I set up my own pop-up deli business. It went well, and I began to gain confidence, and started wondering if I would be happier being single.

That December, as I heard Sam row yet again with his mum on the phone, I told him I wanted to leave. After a long discussion, he agreed to move out, as it was clear I wasn’t going to change my mind. 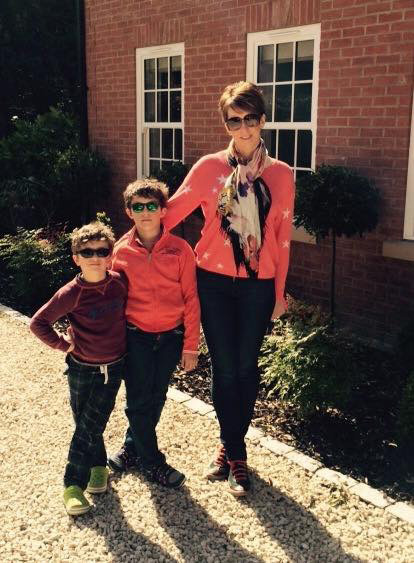 There were some hard times after we broke up and the kids really missed their dad. So many questions went around in my head about things I wished I’d done differently.

I wished I’d set up my business earlier, as I loved the financial independence and confidence it brought me, and wondered if Sam and I could have weathered the storm if I had done it a few years earlier.

It could have saved our marriage for the children’s sake as well, as I deeply regret that they now come from a broken home. Looking back, I wish I’d given Sam a little more time – I should have said: ‘You’ve got three months, we’ve got to sort this out,’ but I walked away before I had really given things a chance, and I will never know what could have been if I had tried harder.

I met my new partner on Tinder four years ago, and we now live together. My regrets are for the kids rather than myself. Sam and I got divorced in 2019.

We share childcare, and get along for the sake of the kids, which is some comfort.

In 2019 I set up a support forum called The Group Hug, helping those going through grief and separation.

I’ve put my life back together, but I do still wonder how different things could have been.”