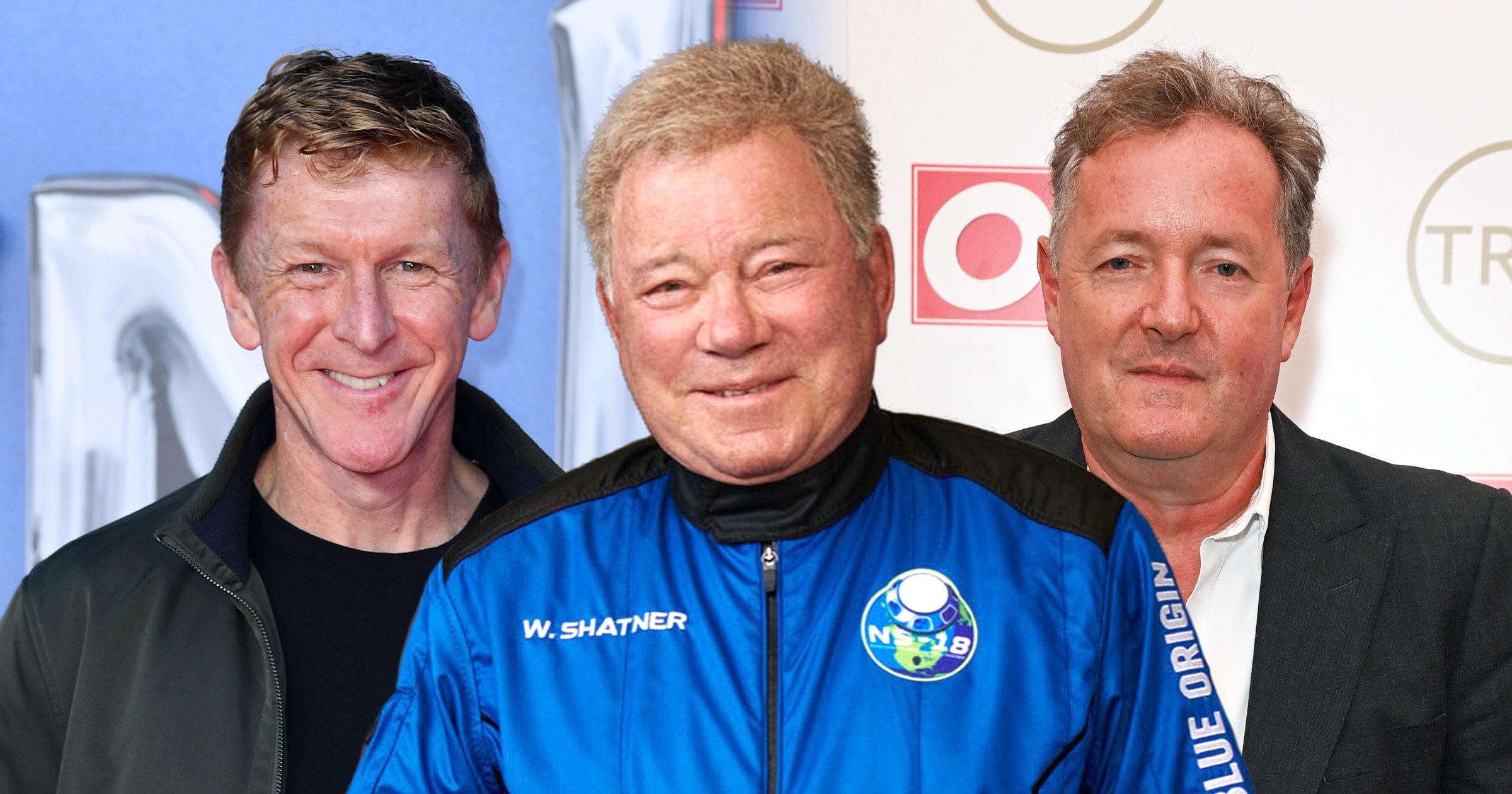 William Shatner has become a marvel of Hollywood and the wider world after becoming the oldest person to rocket off into space.

At 90 years old, Shatner made history as the oldest person in space.

As he touched back down on Earth safely, celebrities reacted to the history-making voyage with Piers Morgan tweeting: ‘BREAKING NEWS: William Shatner has just boldly gone where no human being his age has ever gone before. Fabulous.’

Tim Peake, who was the first British astronaut to leave Earth and board the International Space Station (ISS) in 2015, commented: ‘He’s boldly gone where no 90yr old has ever gone before! Congratulations @WilliamShatner. It was great to hear you talking so movingly about your experience. #viewfromabove #space.’

A message on the official WWE Twitter account read: ‘Congratulations William Shatner on being the first WWE Hall of Famer to go into space!’

Astrophysicist Neil DeGrasse Tyson dropped some interesting gems about Shatner’s flight and said: ‘Godspeed @WilliamShatner. Will reach Mach 3 (3x the speed of sound) on ascent. That’s 0.00034% of Warp Factor 1, but it’s a start.’

Reddit co-founder and Serena Williams’ husband Alexis Ohanian reacted to Shatner’s emotional speech when he landed back on Earth, writing: ‘This is so moving @WilliamShatner.’

Star Trek icon Marina Sirtis tweeted before the flight: ‘Wishing you all the best, my friend. You are an absolute inspiration to us all. You have lived long and hopefully prospered and now you’re facing the final frontier for real.’

After Shatner had completed the trip, a fan asked Sirtis if she was now considering becoming the second Star Trek actor to go to space, to which she replied with a firm: ‘NOOO.’

Shatner fought back tears when he returned and told reporters on the ground: ‘he little things, weightlessness, but to see the blue colour whip by. And now you’re staring at the blackness. That’s the thing, the covering of blue…this comforter of blue we have around us.

‘‘Then the sudden you shoot through it all, you whip off the sheet and you’re looking at the black ugliness.

‘There is Mother Earth, comfort, and there is, is that death? I dont know? Is that the way death is?

He continued: ‘This experience is something unbelievable. My stomach went up, this is so weird. But not as weird as the covering of blue.’

Shatner went on to call it the ‘most profound experience I can imagine’.

Wiping his eyes, he said: ‘I’m so filled with emotion, it’s extraordinary. I hope I never recover from this.

‘Maintain what I feel now, I never want to lose it. It’s so much larger than me and life.’