Inside The Bomb Squad

Stumbling across an unexploded bomb or hand grenade must be an alarming experience.

Most members of the public have the good sense to immediately call the police — but not all. As we saw in Inside The Bomb Squad (Ch4), a new fly-on-the-wall documentary series, some made decisions that would qualify them for an ‘idiot of the year’ award.

Take the man who found a hand grenade in Marlow, Buckinghamshire. Instead of alerting the authorities he put it in his car and drove it to work to show his colleagues. Worse still, the office was next to a gas mains. 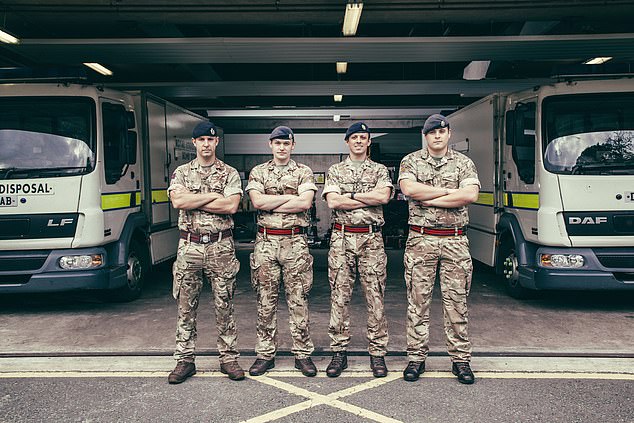 As we saw in Inside The Bomb Squad (Ch4), a new fly-on-the-wall documentary series, some made decisions that would qualify them for an ‘idiot of the year’ award

The viewer knew it was a perilous situation but just to hammer home the point, the voiceover presenter bellowed it at us at every opportunity.

The grenade find was a result of ‘magnet fishing’ — where people drag a large magnet along the bottom of a river or canal to see what they dredge up. The boom in this hobby has resulted in an increase in call-outs for members of 11 EOD and Search Regiment, aka The Bomb Squad, who were sent to make the device safe.

All members were trained soldiers who’d done several tours of duty and now work flat out dealing with the 2,000 domestic call-outs they receive every year. It could be anything from a dog walker discovering an unexploded shell — to a terrorist with a bomb factory in his home. In Manchester Sgt Steve Cockburn was as cool as a cucumber as he visited a high-rise flat packed to the rafters with explosives and gas canisters.

And it was that coolness that was the problem. A calm head and a measured response to danger are essential to the job — but it didn’t make for the most thrilling TV.

It was, no doubt, why the voiceover was as over the top and high octane as a toddler who’d had too much sugar. Yet it didn’t make up for the lack of drama when it came to the men at work.

The gents of the bomb squad do a first-class job, sadly it doesn’t make for first-class television.

Over at The Yorkshire Jobcentre (Ch4) people were seeking safer lines of work. Or any work at all.

The episode titled ‘Old Dog New Tricks’ focused on people aged 45- plus. At Jobcentres anyone 45 or over is classed as an ‘older job seeker’. Their search is hindered by a lack of computer skills and fear of technology leaving them unable to go for jobs that require digital applications. Piano tuner Ray, 63, said: ‘I’m like Elton John, all I know is how to play the piano.’ Sadly, piano tuners weren’t in huge demand in Leeds and Ray was not computer savvy. 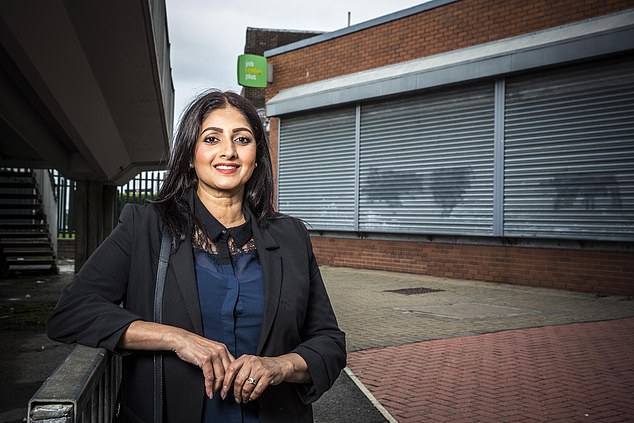 Over at The Yorkshire Jobcentre (Ch4) people were seeking safer lines of work. Or any work at all

Suraya, 48, was attempting to return to work as a beautician after a 16-year career break raising her children. During that time the industry had moved on. Spray tans, threaded brows and gel nails were not among her skills. Personally, I’d have employed her simply because she looked half her age and would be great for business.

Since filming we’ve learnt that over-55s have been disproportionately affected by job losses due to coronavirus, meaning people like Ray will struggle even more. While other episodes have featured less sympathetic characters, the older unemployed in the programme last night were desperate to work, yet felt the odds were stacked against them. Suraya found work as a cleaner, while Ray remained unemployed.

Some documentaries about the out of work are there to enrage the tax-paying viewer with footage of the feckless.

Last night’s participants were keen and deserved a lucky break. You couldn’t help hoping Elton John was watching and could put some work Ray’s way.