The designer, 45, turned heads in a flowing sparkling silver ball gown, which according to Page Six, was sourced from her own collection, Marchesa, and Brody, 48, also appeared sharp in a classic black tux.

If anyone was drawn to Chapman, it was Brody, who was seen in many images gazing into Chapman and fawning over her as she posed for snaps from photographers. 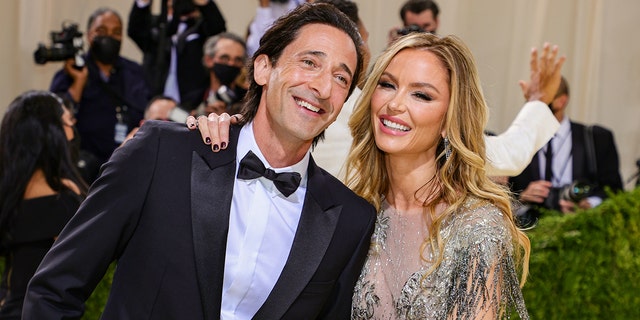 Adrien Brody and Georgina Chapman attend The 2021 Met Gala Celebrating In America: A Lexicon Of Fashion at Metropolitan Museum of Art on September 13, 2021 in New York City.
(Photo by Theo Wargo)

Chapman and the Oscar winner made their red carpet debut when they attended the Tribeca Film Festival two months ago.

The couple was rumored to have been dating back in early 2020, however, it wasn’t until February of that year that their romance was confirmed by Page Six after Brody and Chapman were spotted sharing a candlelight dinner with close pals.

Chapman is the mother of Weinstein’s two youngest kids, India, 11, and Dashiell, 8.

The former pair, who married in 2007 after meeting each other at a party, reached a divorce settlement in January 2018 that required the disgraced Hollywood producer to pay his ex between $15 million to $20 million and give up custody of his kids, a source confirmed to Page Six at the time. 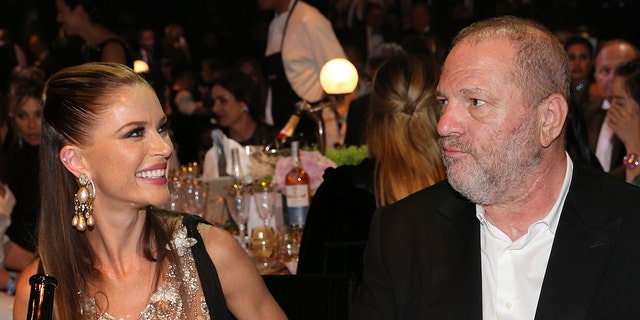 Weinstein was recently extradited to Los Angeles, Calif., from New York, where he is serving a 23-year sentence for convictions of rape and sexual assault.

He pleaded not guilty to 11 sexual assault charges in California, with one charge being dismissed.