Madonna, 62, got a lot of attention from followers on Mar. 31 when she shared a series of new sexy pics of herself. The singer posed in a purple Prada jacket estimated to cost around $2,410.00 over a low-cut top and black fishnets in the snapshots, which she posted to Instagram. She also wore a black cowboy-style hat positioned to the side of her head and big hoop earrings. Check out the pics HERE!

Madonna also accessorized with a set of necklaces as well as a black choker. Her flattering makeup was on point and included a pinkish lipstick that gave off a natural look as her blue eyes looked confidently at the camera. In addition to sitting in different positions for the pics, she could be seen smoking with a grill over her teeth in one. 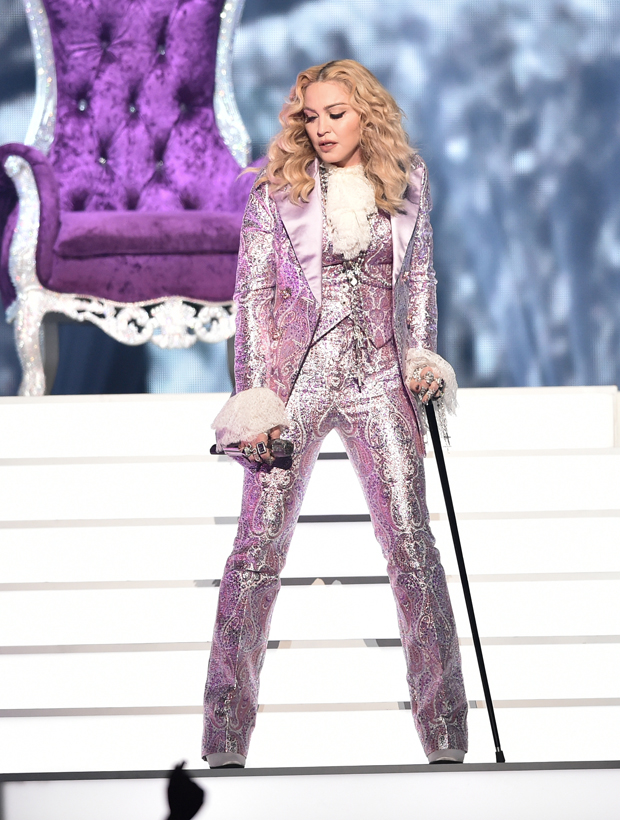 Once Madonna shared her new snapshots, it didn’t take long for her followers to compliment them. “You are so hot,” one follower wrote while another called her “sensational.” A third gushed that she’s “the prettiest of them all” and a fourth admitted to be “obsessed” with the photos.

Before her latest photos, Madonna stunned in black lingerie in a Mar. 28 post. She was in a figure-flattering lace piece that had patent leather details and a military-style cap. She also appeared to wear over-the-knee boots as she laid down and in some of the pics. 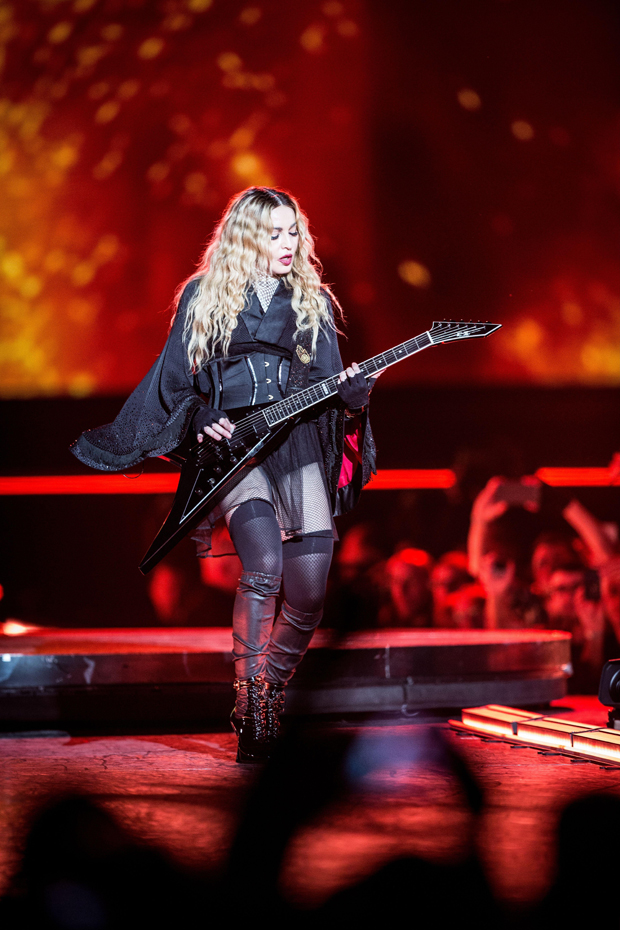 When Madonna’s not making headlines for what she’s wearing, she’s doing so for her incredible music.  Whether she’s making Greatest of All Time lists for her epic performances, like her 2003 MTV Video Music Awards performance with Britney Spears and Christina Aguilera, or she’s the soundtrack to many people’s dance and workout routines, including one of Britney’s, she has definitely made her mark in the music industry and continues to do so.

We look forward to seeing what else she decides to share on social media soon. We have a feeling whether it’s a head-turning photo or a catchy song, it’s bound to be a hit!