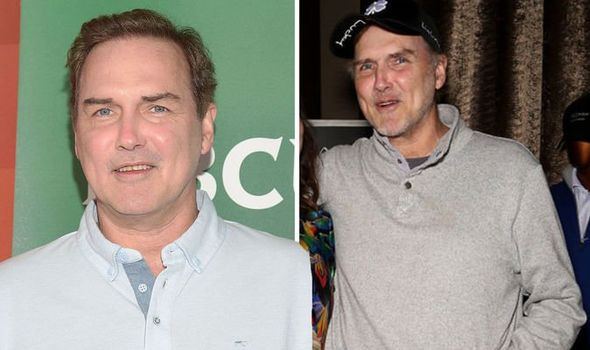 Hoekstra said the comedian was determined to keep his cancer battle private from family, friends and fans.

“He was most proud of his comedy,” Lori told the outlet.

“He never wanted the diagnosis to affect the way the audience or any of his loved ones saw him.”

Lori continued: “Norm was a pure comic. He once wrote that ‘a joke should catch someone by surprise, it should never pander.’

“He certainly never pandered. Norm will be missed terribly.”

The comedian was reportedly determined to keep his health struggles private and died with Hoekstra at his side.

McDonald first joined Saturday Night Live (SNL) in 1993 and appeared on the show until 1998.

He was best known for his impressions of Larry King, David Letterman, Quentin Tarintino and Burt Reynolds.

Tributes have poured in on social media for the beloved comedian following the sad news of his death.

Mike Birbiglia tweeted: “RIP Norm MacDonald. I saw him perform live when I was in college.

“It was one of the most memorable performances I’ve ever seen. A complete mastery of standup comedy performance and an unparalleled passion for the art of writing jokes. Never met him. Love to his friends & family.”

Christopher Miller penned: “RIP to the legend Norm MacDonald. That twinkle in his eye and cockeyed smirk when he knew he was going to say something that would crack himself up, I always knew would crack me up too.”

“I am going to spend tonight watching and listening to Norm Macdonald. One of the funniest men ever has passed. A true original. RIP,” Rick Mercer commented.