Spider-Man: No Way Home is almost here and many fans are wondering if Tom Holland, a fan-favorite, will be back as the titular character for more movies.

The 25-year-old actor recently said that he might be ready to step away, and earlier this year, he said that he would be down to keep going.

Now, as tickets for Spider-Man: No Way Home go on sale, producer Amy Pascal just revealed whether they are making more movies and if Tom will return.

“This is not the last movie that we are going to make with Marvel — [this is not] the last Spider-Man movie,” she told Fandango.

“We are getting ready to make the next Spider-Man movie with Tom Holland and Marvel,” Amy continued. “We’re thinking of this as three films, and now we’re going to go onto the next three. This is not the last of our MCU movies…Yes, Marvel and Sony are going to keep going together as partners.”

Earlier this fall, Tom said that they filmed No Way Home as if it would be their last one. 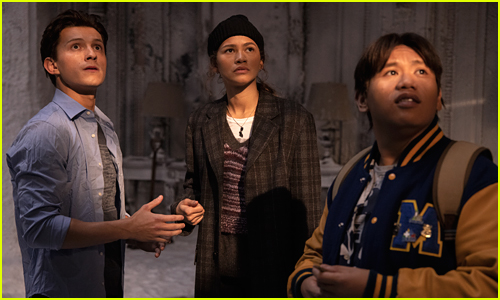 Back in February, the actor opened up about his Spider-Man contract only consisting of three movies and what it would take for him to return to the role.

“I hope not, but I don’t have another contract – yet. As I was cast as Spider-Man six years ago, I have always had the contract there as a safety net,” Tom told British GQ. “I would never need to worry as, next year, I always had another Spider-Man film – but not any more. I’m just looking at my phone waiting for it to ring with a new contract.”

He added that he would “Absolutely. One hundred per cent, yes,” return if he could.

What would he need to put into his new contract?

“We’d need to keep the same core team. The director, Jon Watts, is as much Spider-Man as I am. Zendaya, Jacob [Batalon],” Tom shared.

ICYMI: Find out what Tom said kept happening while they were filming Spider-Man: No Way Home.

Be sure to also check out the trailer for the upcoming movie!