A representative for Whitesell said the accusations were “categorically untrue” 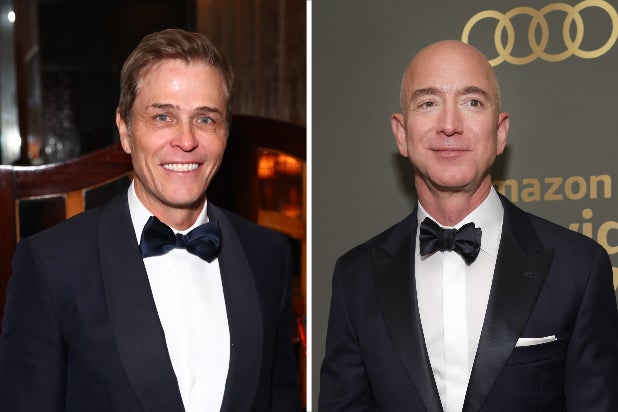 In a signed affidavit filed this week by the legal team as part of a defamation suit filed last year by Michael Sanchez, Lauren Sanchez’s brother, Nikolaos Tzima Hatziefstathiou said that he was asked by Dylan Howard — then the top editor of Enquirer owner American Media Inc. — to pursue a story on Bezos based on a tip from Whitesell.

“The source was Mr. Whitesell (at the time married to Ms. Sanchez), who wanted to take advantage of a ‘get out of divorce free card’ that had fallen in his lap — namely, his discovery of the Affair,” the affidavit said. “However, Mr. Whitesell was adamant that his involvement as the source could never be disclosed, under any circumstance whatsoever, stressing all communications and ties must be done ‘outside of AMI.’”

Hatziefstathiou also said coverage of Bezos’ affair would allow Whitesell to leave Lauren Sanchez for Pia Miller, who is now his fiancée, “through a pre-planned divorce in which he appeared blameless and scandal-free, just months prior to WME’s planned initial public offering in the summer of 2019.”

But in a statement to TheWrap, a rep for Whitesell denied the accusation. “This is categorically untrue, and unfortunately not the first time we have seen this desperate attempt from Michael Sanchez to perpetuate this odd and tiresome circus,” the spokesman said. “The fact that Patrick has been implicated in this bizarre series of lawsuits and incriminations is a direct result of the character of those involved and is completely disconnected from reality. Any suggestion to the contrary is malicious and libelous.”

A representative for AMI, now rebranded as A360 Media, did not immediately respond to a request for comment.

In early 2019, shortly after Bezos and Mackenzie Scott announced their divorce, the National Enquirer exposed the Amazon founder’s affair with Sanchez, a TV host and helicopter pilot, based on text messages and racy photos sent between the two that it had obtained.

Hatziefstathiou’s affidavit was filed as part of Michael Sanchez’s ongoing defamation case against the National Enquirer’s parent company, AMI, over the tabloid’s claim in a press release that he was the main source for its story about the Bezos affair and “provided all of the materials” for its investigation.

Meanwhile, Hatziefstathiou has a dubious reputation. In 2019, he was charged with impersonating journalists from the New York Times and “Good Morning America” and for sending racist emails while posing as a county parole officer. He also pleaded guilty in 2015 to sending dozens of sex workers to his neighbor’s home and then calling the authorities on them.

Pamela Chelin contributed to this report.