THIAGO struck a beauty from 30 yards – and then said he’d scored better goals in his career.

The Liverpool star opened the scoring against Porto on Wednesday with a special effort in front of the Kop. 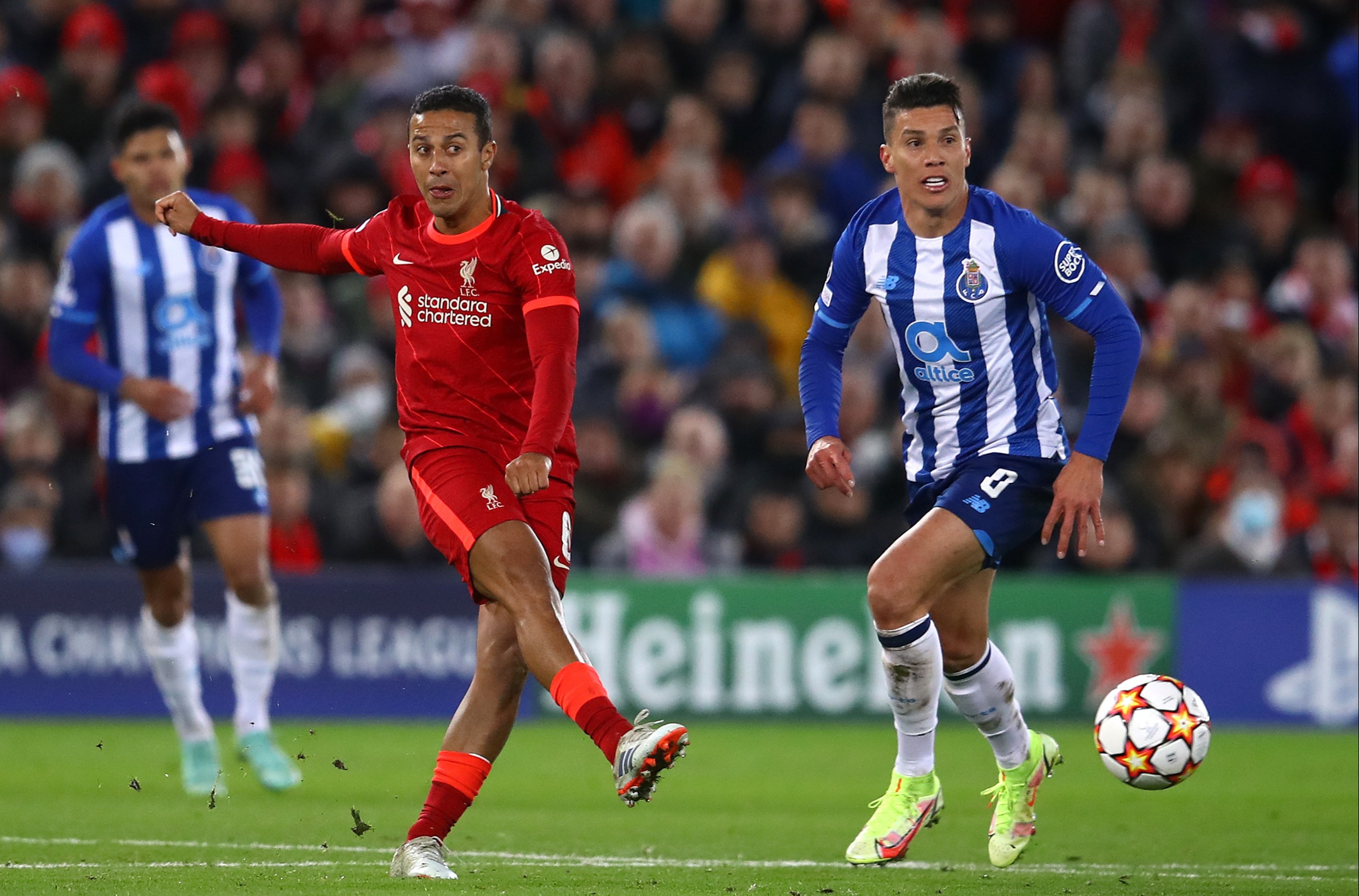 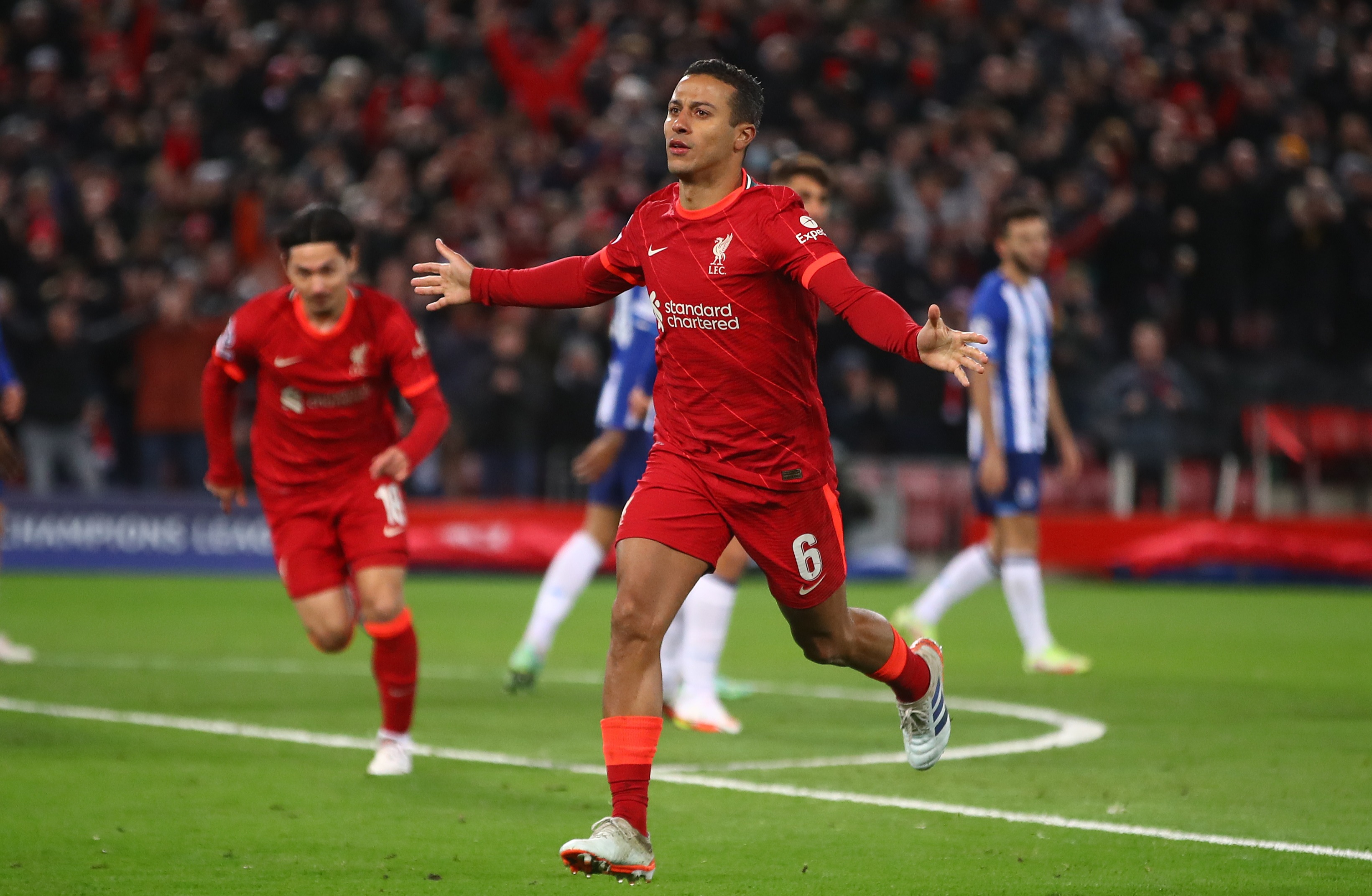 It was the sort of strike Reds fans have been dreaming of as injuries have kept the Spaniard on the sidelines for so much of his Anfield career so far.

But when the ex-Bayern Munich star was asked if he had scored anything ‘prettier’ before, he came up with a side-splitting reaction.

He said with a smile on BT Sport: “I think, yeah!”

Alex Oxlade-Chamberlain was also part of the post-match interview and the England international could not hide his amazement at his team-mate’s answer.

He chipped in: “It’s alright for some isn’t it!”

Injuries and Covid issues have prevented Thiago from working his magic for much of his 14 months at Liverpool since moving from Bayern.

But on the evidence of Wednesday night’s performance, his vision and touch in midfield is set to be key to the success of Jurgen Klopp’s men this season.

And the Champions League winner admitted he was delighted to be back in action after shaking off a frustrating calf problem.

He added: “I’m really happy for the goal. That’s the most important because I’ve just come back from an injury, so I’m just trying to raise my confidence.

“But the most important goal is the one for the team, how the team played, how we create our chances, how we defend.”