Bryce Weiler, of Claremont, Illinois, who is completely blind, will be providing radio commentary during part of the game, alongside other commentators.

A huge sports fan, Weiler is an experienced commentator for a variety of college sports. Yet for him, this goes beyond a single gig or game. It’s about succeeding in life despite huge obstacles and being given the opportunity to do so by others.

“Anyone can have success in life if they surround themselves with people who believe in them and want them to be successful,” Weiler told Fox News Digital in a recent phone interview. 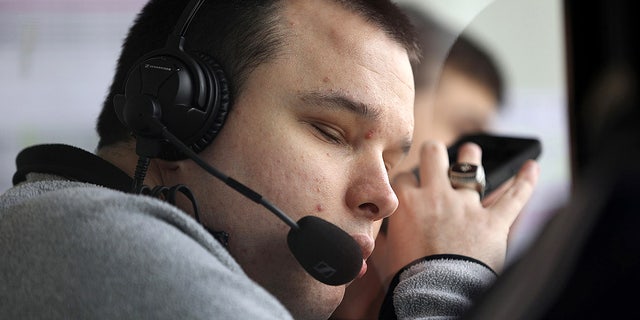 Bryce Weiler, a blind sports commentator, brings his phone closer to his ear while announcing a few innings for Georgia Tech during a game against the University of Illinois at Chicago at the Curtis Granderson Stadium in Chicago on April 28, 2017.
(Abel Uribe/Chicago Tribune/Tribune News Service via Getty Images)

Broadcasters alongside him have also been key to helping him achieve his goals.

Weiler, 30 (who uses a cane to navigate around), has called over 150 college basketball games in his career. He’s also provided commentary for college baseball, softball, volleyball, and soccer games — plus minor league baseball games.

Still, this is only one part of Weiler’s life.

Weiler works full-time as a disability consultant, assisting organizations such as the Baltimore Orioles and software company Latch. He’s also co-founder of the Beautiful Lives Project, a New York-based 501c3 nonprofit. It helps people with disabilities gain access to meaningful experiences in athletics, the performing arts, the visual arts, nature, and more.

It’s his burning desire to help others achieve great opportunities, Weiler stressed to Fox News Digital, just as he’s been given chances in his own life.

‘I listen to each team’s previous games’

Weiler, born four months prematurely, is blind due to a condition called retinopathy of prematurity. It’s an eye disease that affects some premature babies born before 31 weeks.

He prepares rigorously for his radio broadcasting gigs. He usually spends 13-15 hours before each match-up studying team stats and player backgrounds — anything to help him deliver vivid detail for listeners.

Weiler complements other broadcasters’ styles; he studies their play-by-play to determine if they give lots of stats or stories. If they typically don’t, then he is ready to provide them.

His broadcast prep sometimes even takes him onto the basketball court.

“If I’m able to, I will go out and shoot free throws before the game to figure out if the rim is loose or tight, and how the ball bounces off the rim,” he said.

Weiler chooses to call his broadcasting work as a blind person “different,” rather than “challenging.”

Weiler earned a college degree in sports management and sports communication at the University of Evansville in Indiana. Then, in 2016, he earned a master’s degree in sports administration from Western Illinois University. But it was in college that he first had the chance to call a game.

Weiler is looking forward to Thursday’s college basketball matchup in Illinois for two key reasons: The game will bring broadcasters Joe Pott, who calls Southern Illinois University Edwardsville games, and Mike Bradd, commentator for Eastern Illinois University, to the microphones. Weiler will be working alongside them.

“Joe Pott has allowed me to commentate [previous games] with him when no one else thought I could, and Mike Bradd has provided vivid descriptions, bringing pictures to life for me of the action taking place on the court,” Weiler told Fox News Digital. 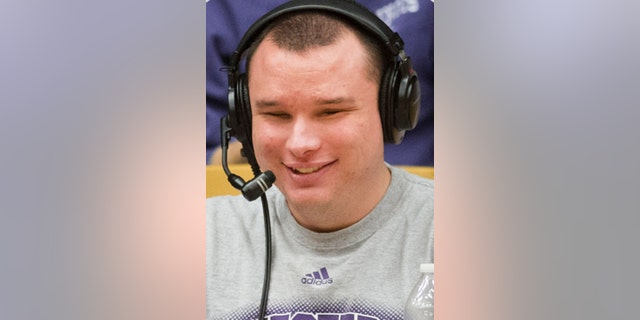 Pott and Bradd are equally enthusiastic about their work with Weiler.

“I am thrilled at the chance to call another game with Bryce,” Pott, director of athletic communications and broadcasting at Southern Illinois University Edwardsville, told Fox News Digital in an email. “He makes me better as a play-by-play person because he forces me to be so detailed in my call; I learned a lot about the job I do and the way I call a game, based on his feedback, when we worked together previously.”

For Mike Bradd, a member of the Eastern Illinois University communication faculty, Thursday’s game will be his first time working with Weiler.

“You have to admire the motivation and drive he’s demonstrated toward reaching his goals,” he shared with Fox News Digital by email. “It’s an inspiring example of what someone can achieve through dedication and hard work.”

No one has had a bigger impact on Weiler’s broadcasting career than Eastern Illinois University men’s basketball coach Marty Simmons. Weiler first met him when Simmons coached at University of Evansville, during Weiler’s days as a student there; Simmons gave Weiler his first shot at the microphone.

The gratitude is mutual.

“I was very fortunate to have him sit on the bench at University of Evansville; he embodied every trait I wanted the others on the bench to possess,” Simmons told Fox News Digital by email. “I admire everything about Bryce. His passion to learn, improve, and desire to help others is an inspiration to everyone who meets him.”

Simmons said Weiler delivers “one of the best broadcasts a [radio] listener could expect.” He added, “He has inspired me and my family for many years.”

‘Great friend’ and a ‘beautiful life’

He noted, “With the disability employment rate at over 80 percent in 2021, we are excited, along with our community partners, to find both training and employment for those with disabilities.”

Much more important to Weiler than any courtside success is spreading awareness that disabled people want solid opportunities to do things that matter.

“The game isn’t the thing. It’s whether the broadcaster will let me commentate,” said Weiler.

“I have to do well when given the opportunity, but people have to want to give me an opportunity,” he added.

His guiding motivation is simple: “Every day I try to give people opportunities because I’ve been given such great opportunities myself.”

For more background on Bryce Weiler, check out this video.