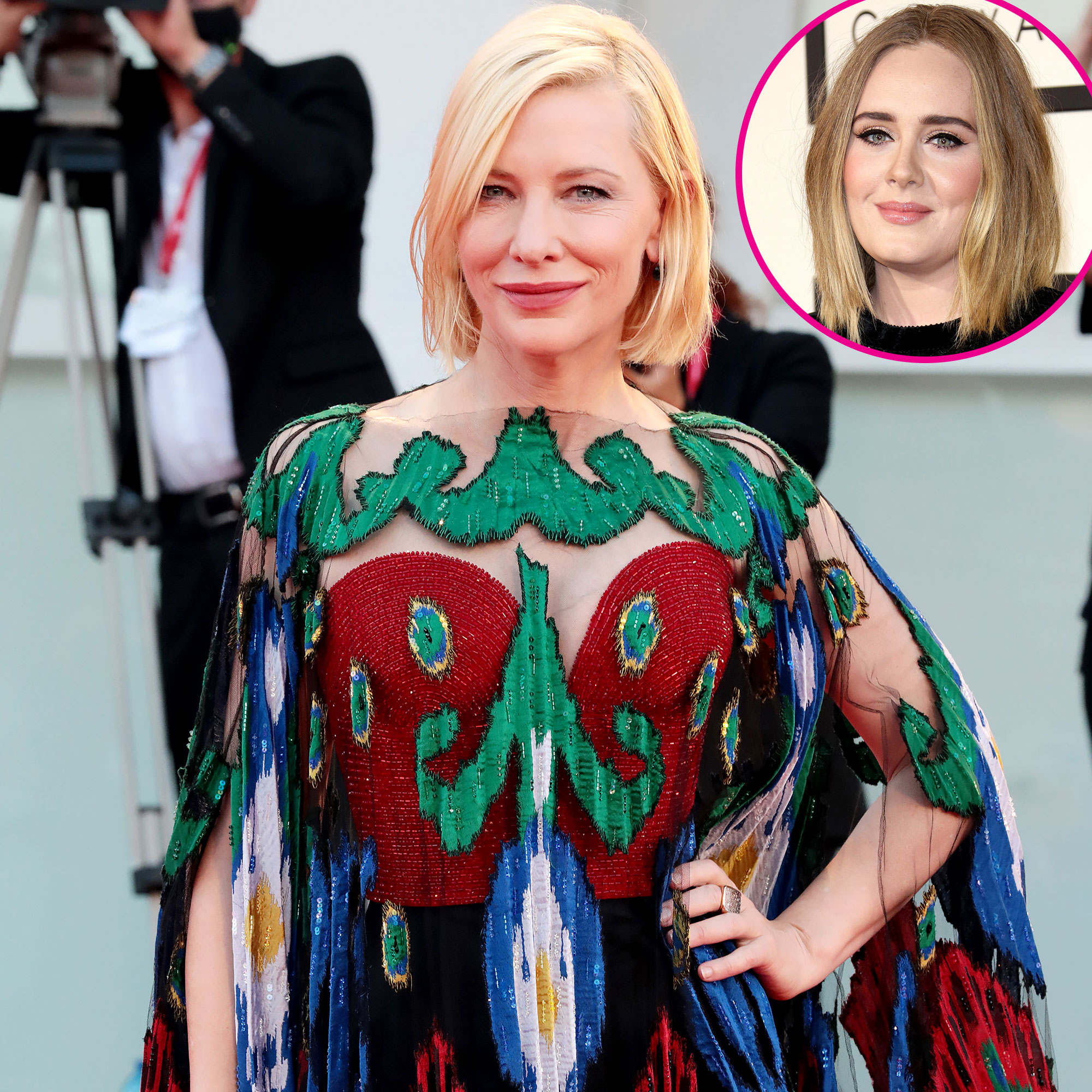 So sweet! It’s safe to say that Adele is a fashion force in her own right, but the 33-year-old star credited Cate Blanchett as her “style icon” in October during her “73 Questions” interview with Vogue. Fast forward to Tuesday, November 29, and the actress has ~ officially ~ reacted to the compliment. Naturally, she couldn’t have been more flattered.

“I was absolutely chuffed!” Blanchett gushed to Net-a-Porter’s Porter magazine. “I think she is amazing. So down to earth.”

She added that the pair aren’t strangers, though she didn’t go into detail about how close they are. “Our paths crossed when she came to Australia on tour,” the Ocean’s Eight star revealed —  leaving curious fans wanting more.

Adele sang Blanchett’s praises during her interview with Vogue as part of the outlet’s 73 Questions series. Just over seven minutes in, she names the actress her style icon and picks her as the celebrity who, per the interviewer’s words, “always gets it right on the red carpet.”

Adele on Physical Transformation: ‘My Body’ Has Always Been ‘Objectified’

While the “Easy on Me” singer looks up to Blanchett for a healthy dose of fashion inspo, many Hollywood stars look up to Adele for keen fashion sense.

Gabrielle Union’s daughter, Kaavia James, even recreated the amazing Schiaparelli ensemble Adele rocked on the cover of Vogue. “@Adele new album dropping soon,” Union captioned a series of modeling photos of James wearing a mini version of her gown. She even styled the little one’s hair in the same chic bun and accessorized the look with gold hoop earrings.

Fans couldn’t get enough of the mini-me moment, taking to the comments section to show their love for the “Who Wore It Best” moment. Mindy Kaling wrote, “The best,” while Kerry Washington chimed in, “Be still my heart.”

The fashion-forward spread also caught Rebel Wilson’s eye, as the Pitch Perfect star told Us in November that Adele is her style icon. “She’s just a stylish lady,” the Olly Wellness ambassador told Stylish at the time. “I like her because she’s very classic.”

Rebel Wilson’s Transformation Through the Years

And get this: after seeing the Vogue spread, Wilson even tried to recreate one of her exact looks. “I initially tried to buy one of the jackets that she wore,” she said, referencing the Gucci blazer Adele paired with a Ralph Lauren shirt. “I was like, ‘Oooo, I want that.”