Not a fan! Chrissy Teigen’s love of food is very well-documented, and while she likes Girl Scout Cookies, she had a bit of fun ranking the tasty treats.

In a series of Instagram Stories shared on Wednesday, March 4, the Cravings author, 34, ranked the popular treats from best to worst using a sheet of paper with a smiley face, neutral face and a frowny face drawn on top. She kicked her “unofficial rankings” off with frozen Thin Mints, which were initially placed in the smiley face column. Regular Thin Mints, however, were given a spot between the neutral and frowny face columns. 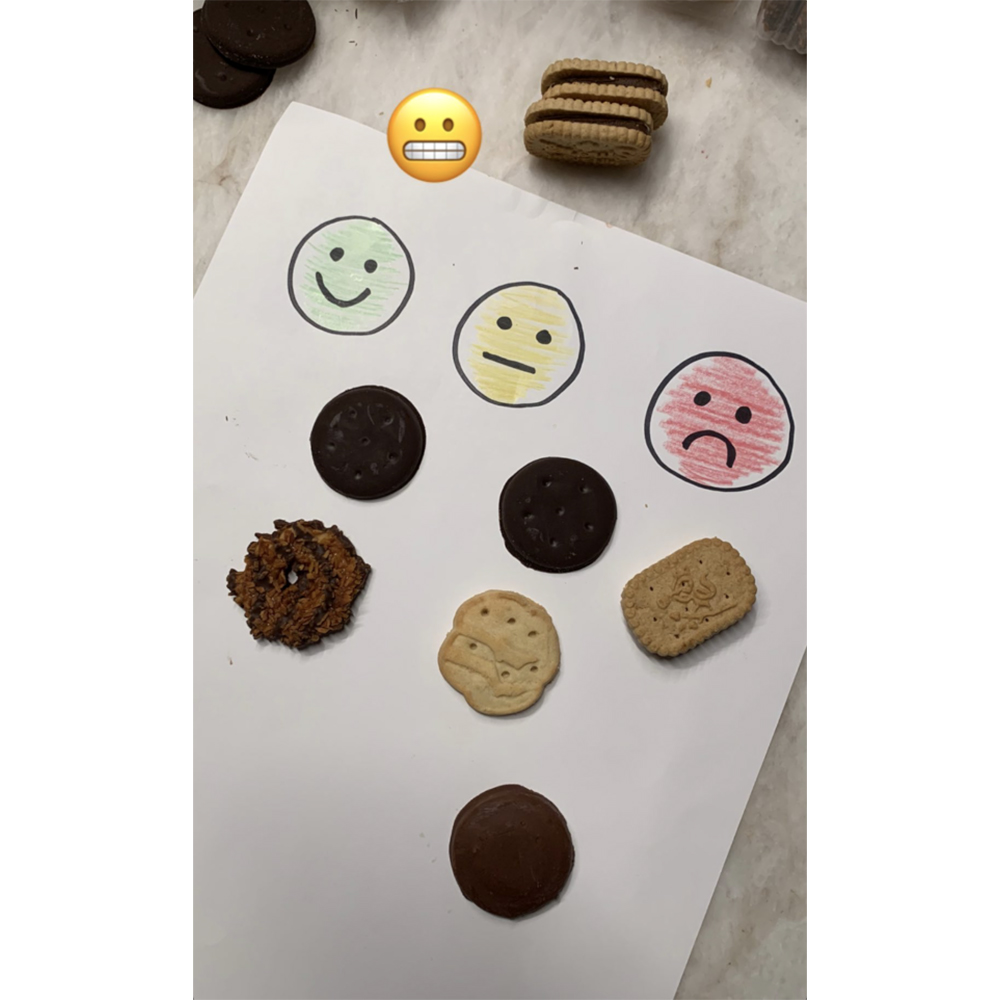 Next up was Teigen’s preferred Girl Scout treat. “My personal favorite is the Samoa. The Samoa makes an amazing cupcake,” she explained, noting that she once shared a recipe for the cookie-themed dessert. “To me, this is my favorite cookie.”

Unfortunately, the newest Girl Scout confection — S’mores, which are graham sandwich cookies packed with creamy chocolate and marshmallow filling — didn’t fare well at all, “This is the S’more. This, I have no question, belongs here,” Teigen declared, firmly placing the treat in the frowny face column.

“And last but not least, Tagalongs — crispy cookies layered with peanut butter and covered with a chocolatey coating. It’s hard to go wrong with peanut butter,” the cookware designer declared, removing a cookie from the box. “And yet they found a way.”

Though Teigen noted that Tagalongs are “not as bad as the S’more,” she still put the cookie in between the neutral and frowny face columns.

“As you can see, there’s no clear favorite,” she said with a laugh, before acknowledging that the Samoa and frozen Thin Mint came out on top. 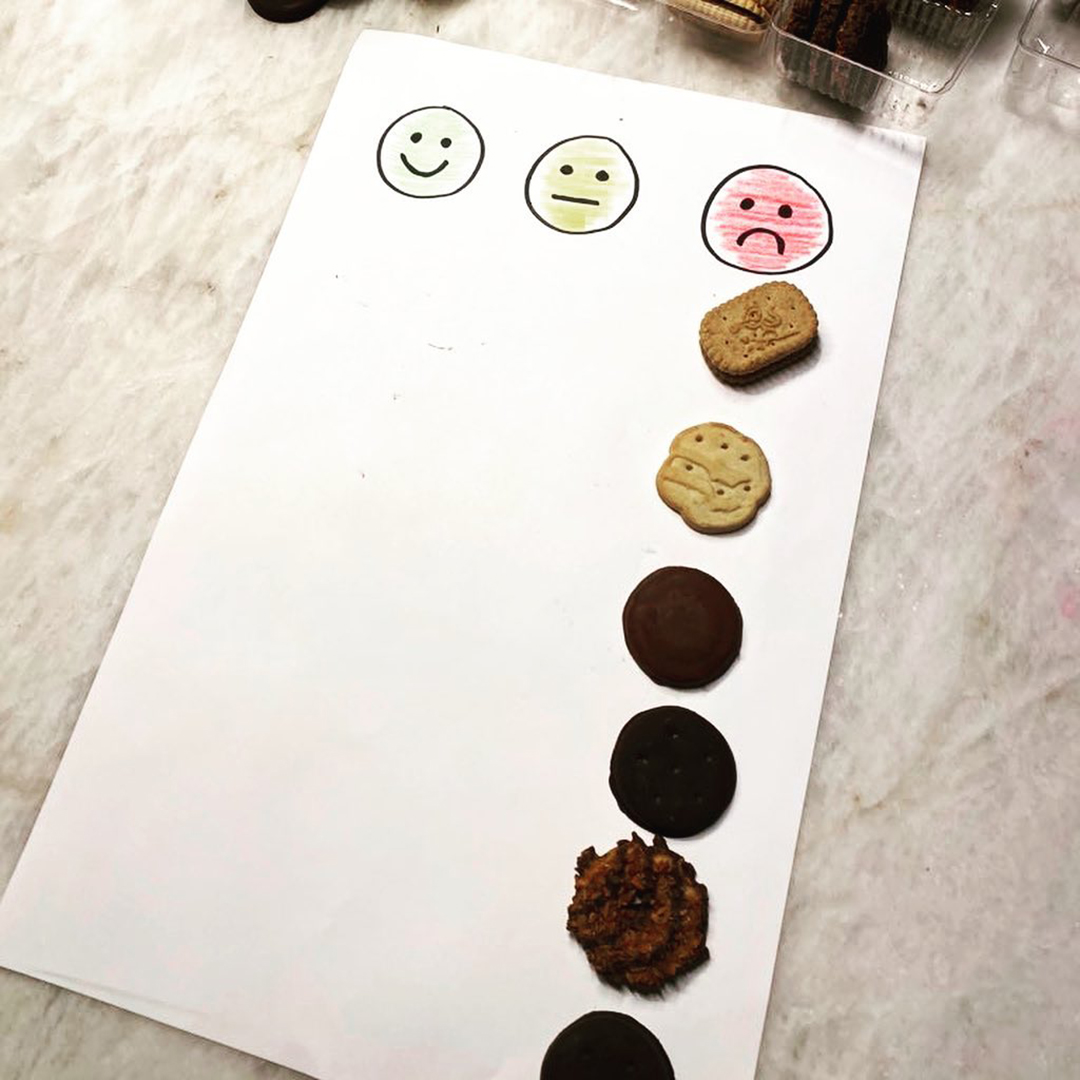 However, even that ranking was apparently fleeting. In a follow-up Instagram post, the Utah native placed all of the cookies in the frowny face column — including the frozen Thin Mints and Samoas.

While Girl Scout cookies are typically coveted around this time of year, and even count stars like Justin Timberlake and Reese Witherspoon as fans, Teigen’s discerning palate is actually in good company.

During an April 2017 appearance on Jimmy Kimmel Live!, Gordon Ramsay was thoroughly disgusted after he tried several Girl Scout cookies for the first time ever. “Visually they look like dog biscuits,” the 53-year-old MasterChef host remarked before he even took a taste.

While the Brit deemed Tagalongs “OK,” he called Samoas “a bit weird” and spit out a Thin Mint after taking a small bite. “That’s like a cheap, half-rate dinner mint,” he quipped at the time.