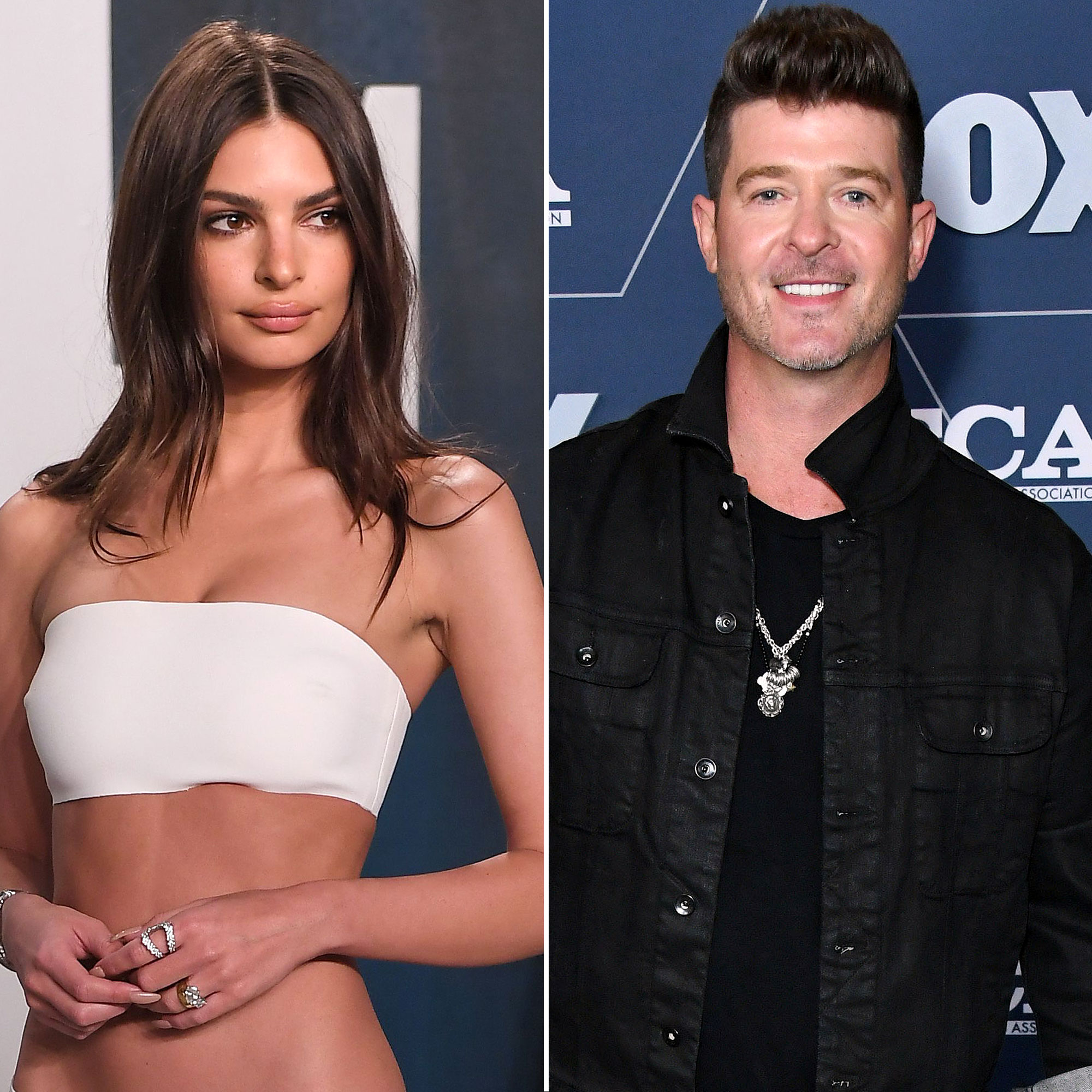 Emily Ratajkowski didn’t hold back about her experience working with Robin Thicke in her new book, My Body, but the pair haven’t had much contact since.

“I actually haven’t [spoken to him],” Ratajkowski, 30, revealed during an interview on the Tuesday, November 9, episode of “Call Her Daddy” podcast, noting that she has been blocked by Thicke, 44, on social media since their time on the “Blurred Lines” music video set.

The model made headlines last month a chapter in her memoir, which alleged that the performer groped her in 2013, was leaked online.

“Suddenly, out of nowhere, I felt the coolness and foreignness of a stranger’s hands cupping my bare breasts from behind,” the Gone Girl actress claimed in the excerpt. “I instinctively moved away, looking back at Robin Thicke. … He smiled a goofy grin and stumbled backward, his eyes concealed behind his sunglasses. My head turned to the darkness beyond the set.”

Ratajkowski chose not to say anything that day on set, writing, “I didn’t react — not really, not like I should have. Neither did any of the other women. Despite how many of us were there and how safe I’d felt in their presence, we were in no position to hold Robin Thicke accountable on the set of his music video. We were working for him, after all. We paused awkwardly, and then we continued shooting.”

All of Robin Thicke’s ‘Blurred Lines’ Drama Through the Years: Copyright Claims, Bans and More

Over the years, Ratajkowski found herself getting “defensive” of her participation on the project, which featured her and two other models cozying up to Thicke in a bed. (When the video was released, Thicke was still married to now-ex Paula Patton.) 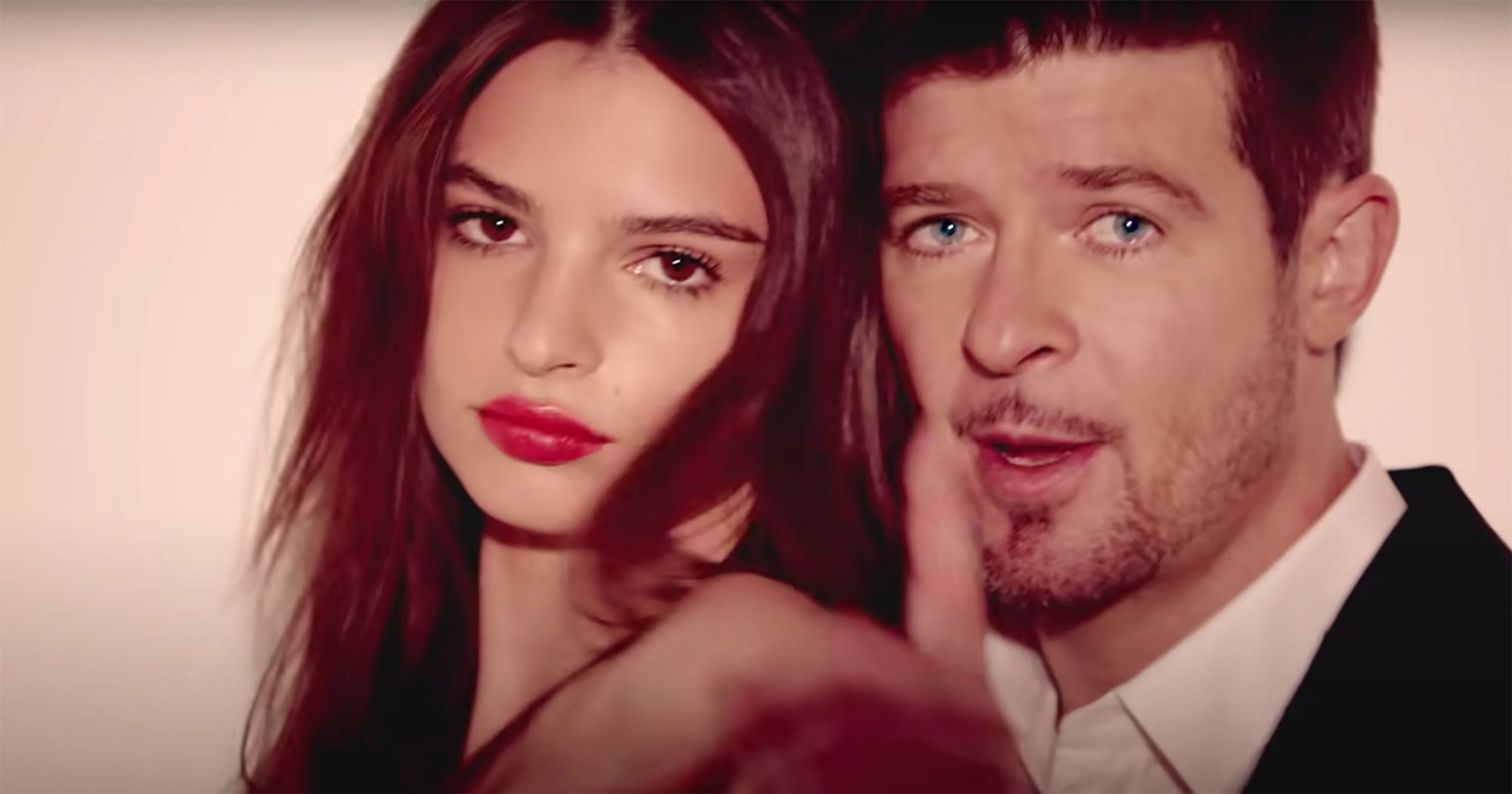 “I was also ashamed — of the fun that, despite myself, I’d had dancing around naked,” she continued in the chapter. “How powerful I felt, how in control. I wondered: What if I had yelled in Robin Thicke’s face and made a scene? Stopped the shoot? Maybe my big break never would’ve happened.”

After coming forward with her story, the iCarly alum clarified on Tuesday that she wasn’t trying to end Thicke’s career — and that she could only speak for her own experience with him.

“I don’t believe in canceling someone, I’m sure that Robin Thicke has a lot of wonderful things about him,” Ratajkowski said on the podcast. “I don’t believe in good guys and bad guys. I think that our world needs to understand that we live in a culture that allows for men to feel like they can behave a certain way. It doesn’t mean that just because this person did this one thing or didn’t do that one thing, they’re good or bad.”

The I Feel Pretty star, who shares 8-month-old son Sylvester with husband Sebastian Bear-McClard, admitted that the “Blurred Lines” chapter ended up taking “the longest to write” because she wasn’t sure if she wanted to bring it up at all.

“I feel like I’ve spent my entire career trying not to be the girl from that video. So, to just open up that can of worms and be like, ‘Let’s talk about it,’ went against, like, every instinct that I had,” she added. “Even talking about it right now I’m like, ‘OK, no I’m glad that we’re bringing it up.’”

Thicke, for his part, has yet to publicly address the allegations, but previously expressed regret over the NSFW content.

“I’d lost the intention, you know what I mean? I needed to regain my perspective and my positive intention of what my music was for — and what my life was for,” the “Lost Without U” artist shared during an interview with The New York Post in February. “Obviously, I was dealing with some bad habits. I was dealing with some personal issues on the inside that therapy and self-realization helped me get to and to get through.”

He continued: “It doesn’t matter what your intentions were when you wrote the song … [if] people were being negatively affected by it. And I think now, obviously, culture, society has moved into a completely different place.”

If you or anyone you know has been sexually abused, call the National Sexual Assault Hotline at 1-800-656-HOPE (4673). A trained staff member will provide confidential, judgment-free support as well as local resources to assist in healing and recovering and more.