A report for the Green Alliance think tank today predicts that coastal restoration, tree planting and creating more urban green spaces could provide work for 16,000. Many of the jobs are likely to be in those areas that present the greatest employment challenges. Red Wall industrial heartland seats, which the Tories took from Labour at the last general election, are tipped to be a key battleground in this week’s local polls. The boost to employment would also help Britain to meet its 2050 target of Net Zero – the elimination or offsetting of all greenhouse gas emissions – and improve access to nature which helped millions during the pandemic.

When the Prime Minister launched his Ten Point Plan for a green industrial revolution last year, he predicted that it would create and support up to 250,000 jobs by 2030.

But the Green Alliance Report by consultants WPI Economics has focused on the 126 constituencies which have the most significant post-Covid work problems.

Many are to be found in former Labour strongholds such as Co Durham, Copeland in Cumbria, Wolver-hampton and Ashfield, Notts.

The study found that just improving and increasing the number of urban parks would create 11,000 jobs in such locations.

It also discovered potential for jobs in planting seagrass, which absorbs carbon 35 times faster than tropical rainforest does and provides nurseries for fish, supporting ­sustainable fishing and tourism. 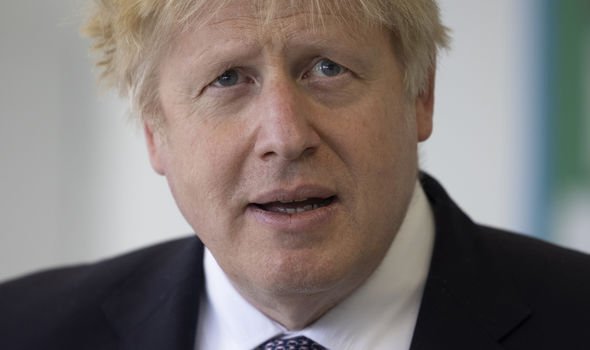 This would see jobs spring up in areas such as the  Isle of Wight and in ­Welsh coastal communities including Anglesey and Newport.

Meanwhile the restoration of peatlands – which soak up carbon from the atmosphere – is said to offer job opportunities the length of ­the Pennines.

There is still more new job potential in tree planting, with the Government seeking to increase this to cover 75,000 acres every year.

Two-thirds of the best land for tree planting is said to be in constituencies with higher than average labour market challenges – with 280,000 acres in Red Wall areas.

The report says that the jobs created will range from manual up to graduate level because of the need for services such as digital mapping and research.

But the true jobs potential nationwide is even greater and will have spin-off benefits for tourism and fishing. 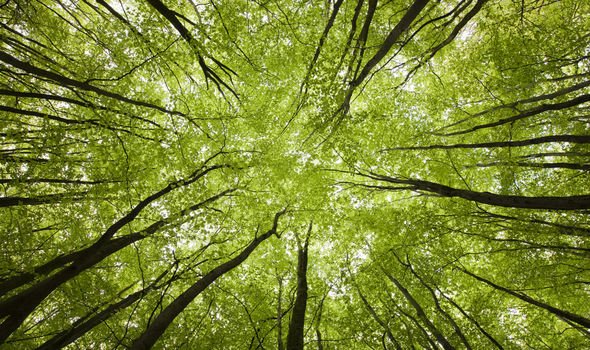 Sam Alvis, from Green Alliance, said: “The opportunity is there for the Chancellor to create a legacy of new high-quality jobs across Britain.

“Supporting innovation in green jobs will put nature at the heart ­of the Government’s levelling up agenda and help local communities build back better and greener.”

The think tank wants Chancellor Rishi Sunak to include environ­mental projects alongside other ­infrastructure in the Government’s flagship £4.8billion levelling-up fund.

It is also calling for the new UK infrastructure bank to include natural capital in its scope, providing funding that can enhance projects and lay the foundations for future private investment.

The report was backed by the National Trust.

Patrick Begg, its outdoors and natural resources director, said: “The pandemic has had a devastating impact on so many people’s lives across society. 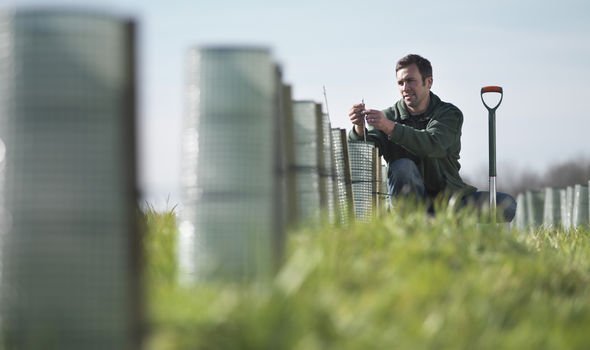 “During this period, those ­fortunate enough to have access to green space have been taking ­comfort from nature and areas of beauty close to home.

“We are also seeing the environment and our relationship with nature rocketing up the political and media agenda.” He added: “A greener recovery which increases access to nature is within our reach.

“One that offers massive social and environmental benefits as well as economic growth, but also boosts people’s health and wellbeing.

“This important research shows that by investing in projects that make a greener recovery a priority, the Government could generate green jobs for the communities that need them most.

“This would accelerate the journey we are on to a more prosperous future for people and planet.” 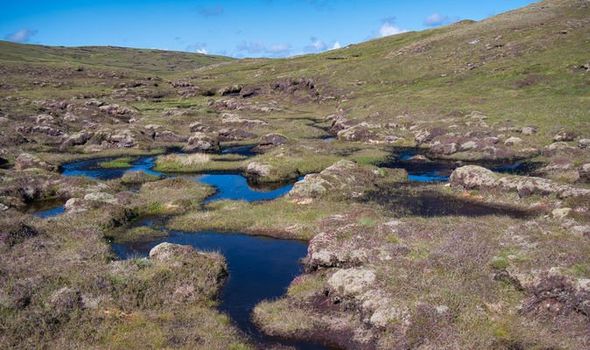 Dr Darren Moorcroft, chief executive of the Woodland Trust, said: “Projects such as the Northern Forest, led by the Woodland Trust and the Community Forests, show that increasing native tree cover is a key part of the levelling-up agenda shaping places people will want to live, visit and invest in.

“This will help increase employment opportunities as well as ­leading to happier, healthier communities.

“It is also clear that tackling the climate and nature crises will require not just planting more ­ trees but planting the right kinds ­of trees.”

Dr Moorcroft added: “Investing in UK nurseries to grow the trees that we need to plant in the UK is a too-often overlooked aspect of green job creation that requires greater attention.”

The Daily Express Green Britain Needs You campaign is urging the Government to show world leadership ahead of the G7 summit in Cornwall this summer and the Cop26 climate change summit in Glasgow in November.

Among our demands is that the Government  makes more space for nature to reverse huge declines in wildlife and plantlife, to fight climate change and to boost Britain’s health by allowing more access to green spaces.

Peat bogs soak up carbon from the atmosphere and provide precious habitats for birds, butterflies and dragonflies.

One part of the scheme, Pennine PeatLIFE, plans to restore 3,000 acres of peatland using new techniques plus drones that help map and analyse peat conditions. 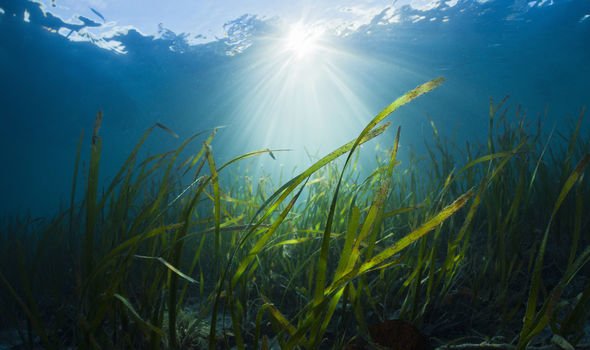 Our biggest seagrass restoration scheme is in Dale Bay, Pembrokeshire.

Here 1.2 million seeds will restore meadows lost to pollution and coastal development.  Seagrass helps young fish which in turn supports sustainable fishing. And it soaks up carbon 35 times faster than a rainforest.

Bodies such as WWF and Swansea University plan to reseed two sites, creating about nine jobs. 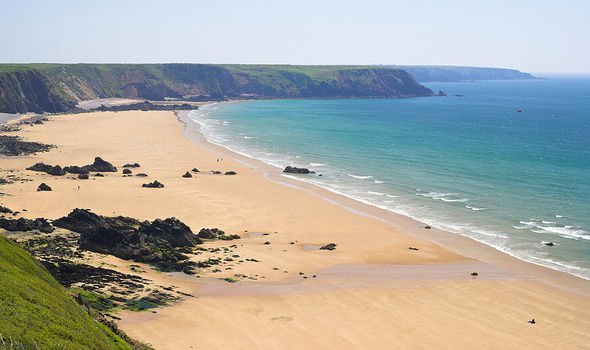 Optimism has been in short supply for the past year. Covid-19 has disrupted and undermined so much of what is familiar and we love.

But, as the vaccines roll out, there is a sense of the country unlocking.

So my optimism starts here: the signs of a nation and its politicians waking up to the true value of a rich, healthy natural environment have never been stronger.

The nation clearly needs nature and beauty more than ever. Our teams report a high percentage of people they’ve never seen before, often from inner-city or concrete-dominated neighbourhoods.

So we are presented with an opportunity to bring nature’s physical and mental wellbeing benefits to a whole new constituency.

There’s also consensus that investing in nature is critical in responding to the climate crisis.

If you read speeches by government ministers, you will see a lot of support for this agenda. But the time has come for more concerted action.

The potential for nature and climate-based jobs growth is huge. The Trust has recently formed a partnership with Yorkshire Water to restore significant portions of the Calder Valley.

The vision has mapped out a £45million programme of tree planting, habitat and species restoration and community engagement.

So many landscapes around our towns and cities are ripe for restoration, with the potential to drive local job opportunities while revitalising access to green spaces and tackling climate change. But none of this will happen on its own.

We need the Government to publish a long-term environmental investment plan to set out the role of public and private finance.

Alongside long-term regulation this would provide the private sector with a level playing field on which to base investment.