The biggest interview mistake you can make: Employer warns how candidates can ruin their chances BEFORE their meeting even starts after rejecting a man who was rude to the receptionist

A Redditor has shared some very sage advice for anyone going on a job interview: Be nice to everyone in the building.

The Reddit user, u/sawta2112, shared the tip this week after a candidate at their job ‘blew his interview in the first 5 minutes’ because he was rude to the receptionist who greeted him.

As it turns out, she wasn’t really a receptionist at all, but the hiring manager — and ruled him out as soon as he refused to treat her with the same respect as anyone else. 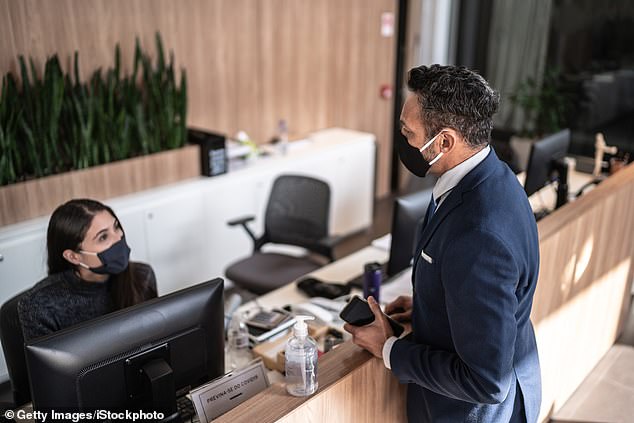 Don’t be a jerk! A Reddit user shared how a candidate recently came in for a job interview and was rude to the woman he believed was the receptionist (stock image)

According to the Redditor, the man who messed up his interview before it even began was ‘dismissive to the receptionist’ as soon as he walked in.

‘She greeted him and he barely made eye contact,’ they said. ‘She tried to engage him in conversation. Again, no eye contact, no interest in speaking with her.

‘He was openly rude and treated her like she was beneath him. [But] when he thought he was talking to the decision maker, personality totally changed. Suddenly he was friendly, open, relaxed.

‘What the candidate did not realize was that the “receptionist” was actually the hiring manager.’

After greeting him, she called him into a conference room and explained that ‘every single person on our team is valuable and worthy of respect’.

‘Due to his interaction with the “receptionist,” the hiring manager did not feel he was a good fit. Thank you for your time but the interview is over,’ they wrote.

The Redditor signed off with a wise warning to ‘be nice to everyone in the building.’

Other Redditors have responded in agreement, with several saying that the ‘be nice’ advice isn’t just important because someone might be pretending to be someone else.

‘Even if the receptionist wasn’t the hiring manager, that receptionist will still get her two cents in at the water cooler while decisions are being made,’ wrote one commenter.

‘In a few fields I’ve worked in, it wasn’t just the people in the conference room that were consulted before making an offer. Be on point at all times, every employee is a potential team mate and they’re all assessing you.’