LNP candidate Garth Hamilton on Saturday won the federal seat of Groom in a byelection despite a slight swing towards Labor.

The win for the conservative party in the seat is not a surprise, given Hamilton went into the byelection with a margin of 20.5 per cent, however Labor ran a campaign of “turn Groom marginal” to attract more federal attention for local projects. 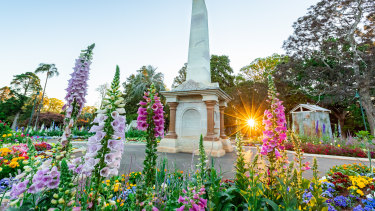 The LNP retained the federal electorate of Groom, centred on the city of Toowoomba, in the byelection on Saturday.Credit:

The seat was previously held by John McVeigh, who resigned from Parliament suddenly in September, citing the need to concentrate on caring for his wife, who has a chronic illness.

Mr McVeigh had increased his margin in Groom at the 2019 federal election compared to his margin in 2016, which was 15.3 per cent.

That trend was broken on Saturday, with Mr Hamilton holding off his Labor challenger Chris Meibusch, but seeing a swing of a little over 2.5 per cent away from the LNP.

The result could be chalked up to the Greens deciding not to run a candidate, with their votes expected to have gone mostly to Labor.

Labor directed a lot of resources into the campaign in the expectation that shaving a significant portion of the LNP’s margin would show voters sending a message to the federal Coalition.

The LNP did not take the contest for granted, with Senator Amanda Stoker, state president Cynthia Hardy, Queensland Opposition Leader David Crisafulli and his deputy David Janetzki all handing out how-to-vote cards.

There was no indication at the recent state election that voters were going to abandon the LNP in large numbers. The state electorates in the area covered by Groom all saw the LNP comfortably re-elected despite an overall swing to Labor.

The people of Groom could be have been forgiven for having election fatigue, having gone through elections in all three branches of government this year.

There were a similar number of postal and pre-poll votes as the rates experienced at the state election in October. More than 20 per cent of voters requested postal ballots; just over 25,000 others voted early.

Our Morning Edition newsletter is a curated guide to the most important and interesting stories, analysis and insights. Sign up to The Sydney Morning Herald’s newsletter here, The Age’s here, Brisbane Times’ here, and WAtoday’s here.

Take a Behind-the-Scenes Look at 99%IS-'s Vol. 16 "OUR STORY WiLL BE HISTORY" Collection