LAUREN PRICE is hoping to secure another gold medal for Team GB at the Tokyo Games.

The British boxer, 27, takes on China's Li Qian in the final of the women's middleweight boxing on Sunday at 6.45am (BST). 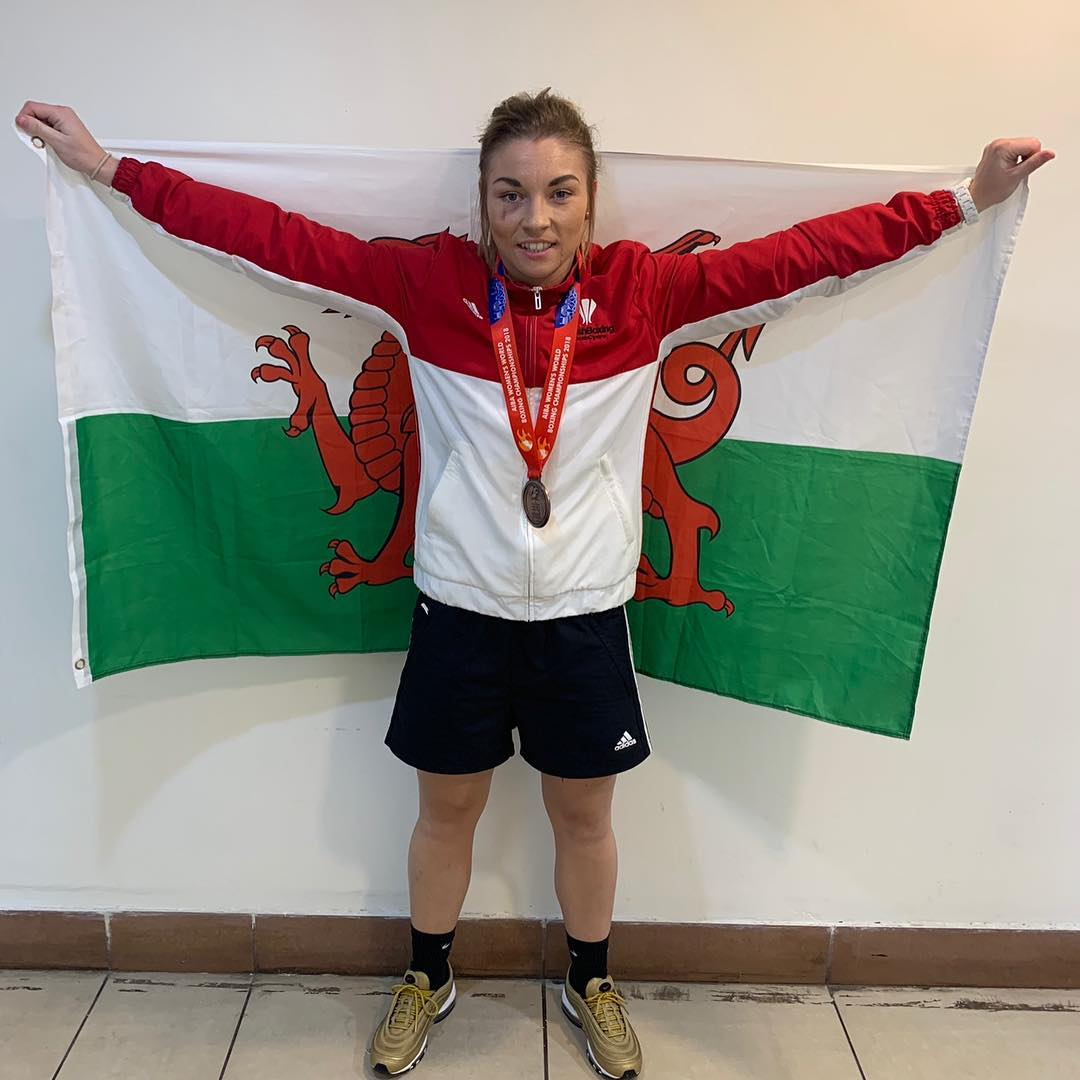 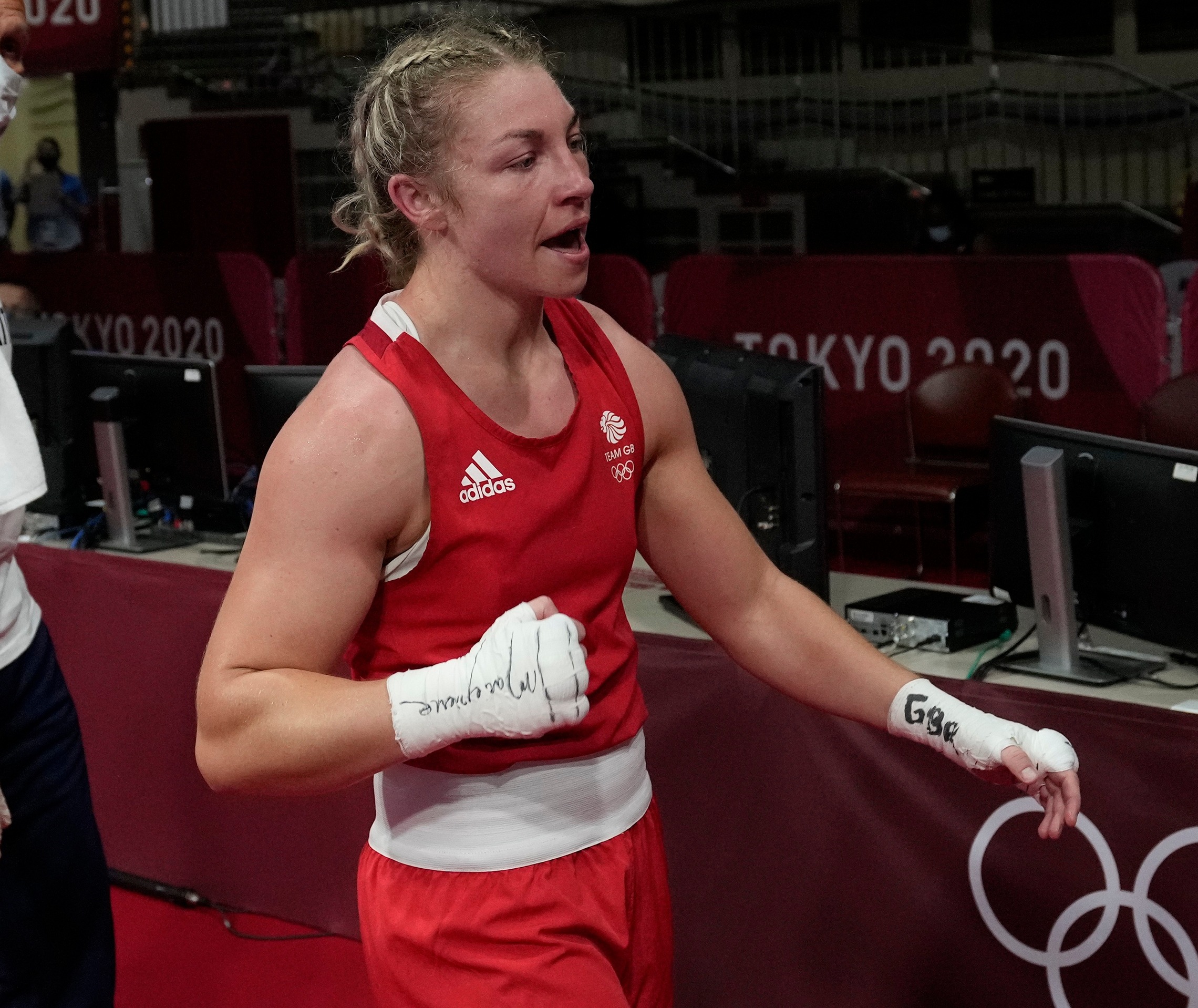 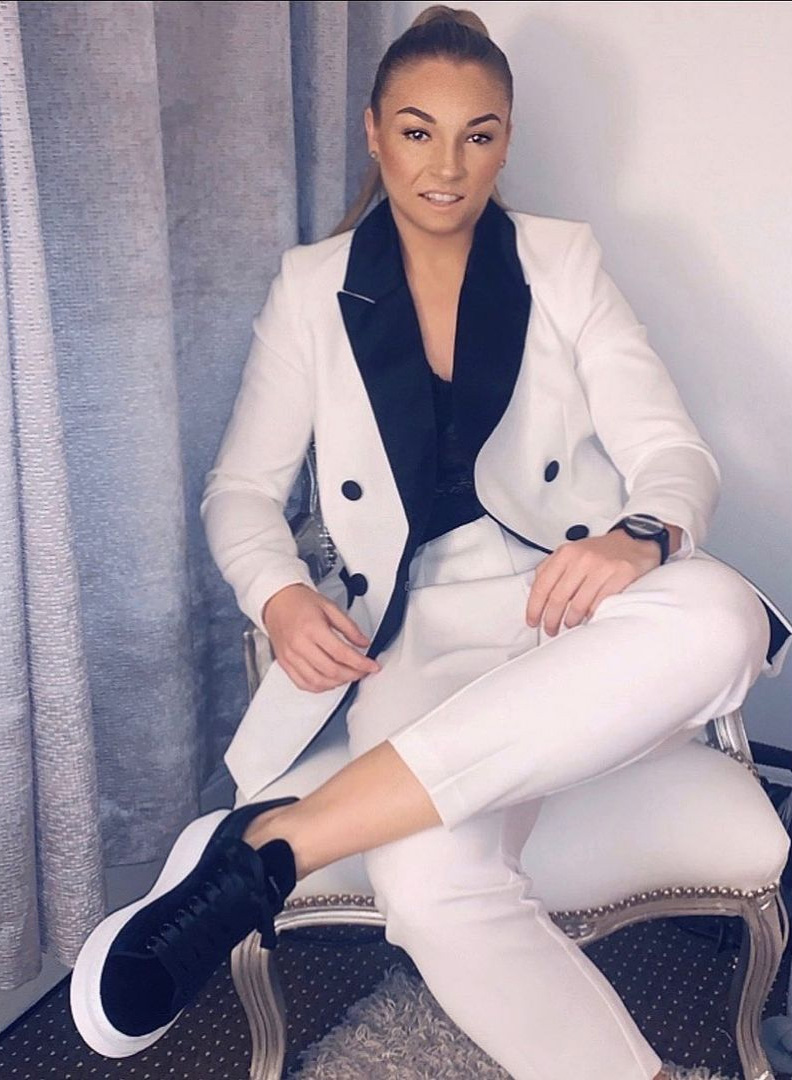 It's been an incredible journey for Price, who actually began her sporting career as a footballer after being give up by her parents at just three days old.

Yet now the Welsh ace is being likened to Irish megastar Katie Taylor – who won lightweight gold at London 2012.

In 2020, Price called Taylor one of her idols, telling inews: "When I started out there were only two girls boxing in Wales.

"I went to one gym and their attitude was ‘we don’t train girls’.

"I saw Anthony Joshua (vs Carlos Takam) at the Principality Stadium and Katie Taylor’s (against Anahi Ester Sanchez) was the best fight on the bill.

"Afterwards everybody was talking about her and I thought, you know what, this is what it’s all about.”

And she'll hope to emulate her icon – now 18-0 in her pro career – in Tokyo with a gold medal of her own.

But let's back up a little. Born in Newport on June 25, 1994, Price was given up by her parents just three days later.

She was raised by her grandparents with Price admitting 18 months ago she hasn't seen her parents since she was six years old, saying they've 'gone off the rails'.

But her grandparents took incredible care of Lauren, supporting and funding her incredible sporting achievements as a youngster.

As a kid, Price took up football, netball and kickboxing after some encouragement from her grandad.

In 2007, just three years after taking up the sport and aged just 13, the Welsh ace won silver at the kickboxing World Championships in Athens in 2007 taking on opponents twice her age.

After quickly becoming a four-time world champion – and six-time European champ – Price embarked on a career in Taekwondo.

But in 2010, Cardiff City scouts spotted her playing football and she was convinced to switch sports yet again.

Price credits her days as a kickboxer for her incredible ability on a football pitch, admitting: "I could kick a ball a lot further than any of my team-mates."

In 2010, she help Cardiff's Under-16s win the Tesco Cup and was even named Player of the Tournament.

By 2012, she was in the Bluebirds' senior team aged 18 – and helped them win the first-ever season of the Welsh Premier Women's Football League.

Price was named the club's Player of the Season following their title triumph.

Having already played for Wales' Under-17s and captained their Under-19s, Price earned two senior caps for her country in 2012-13.

But she had another dream. A burning desire eating away at her from the age of eight: To become an Olympian.

Already a keen boxer, Price had entered the Women's European and Youth World Championships in 2011 – where she won bronze in the welterweight division aged just 17.

Inspired by Taylor and Nicola Adams at London 2012, Price decided it was now or never if she was to fulfil her Olympic dream.

She turned her back on football and took up boxing after being offered a spot on Wales' 2014 Commonwealth Games squad.

Speaking to inews in 2020, Price explained: “Wales [football] was not on a full-time programme.

"I still played football for Cardiff but the women’s game wasn’t like it is now."

In a desperate bid to make ends meet, Price drove a taxi on Friday and Saturday nights.

But after being offered a place in Wales' elite squad boxing programme, she turned her back on football.. and her cab.

Price continued: “I made the decision to stop in 2014. I had a chance to go to the Commonwealth Games to box for Wales.

"It is hard doing one sport at elite level, never mind two. I thought, if it does not work out at the Games I can always go back to football.

"Getting on the [elite squad] programme is every amateur boxer’s dream." 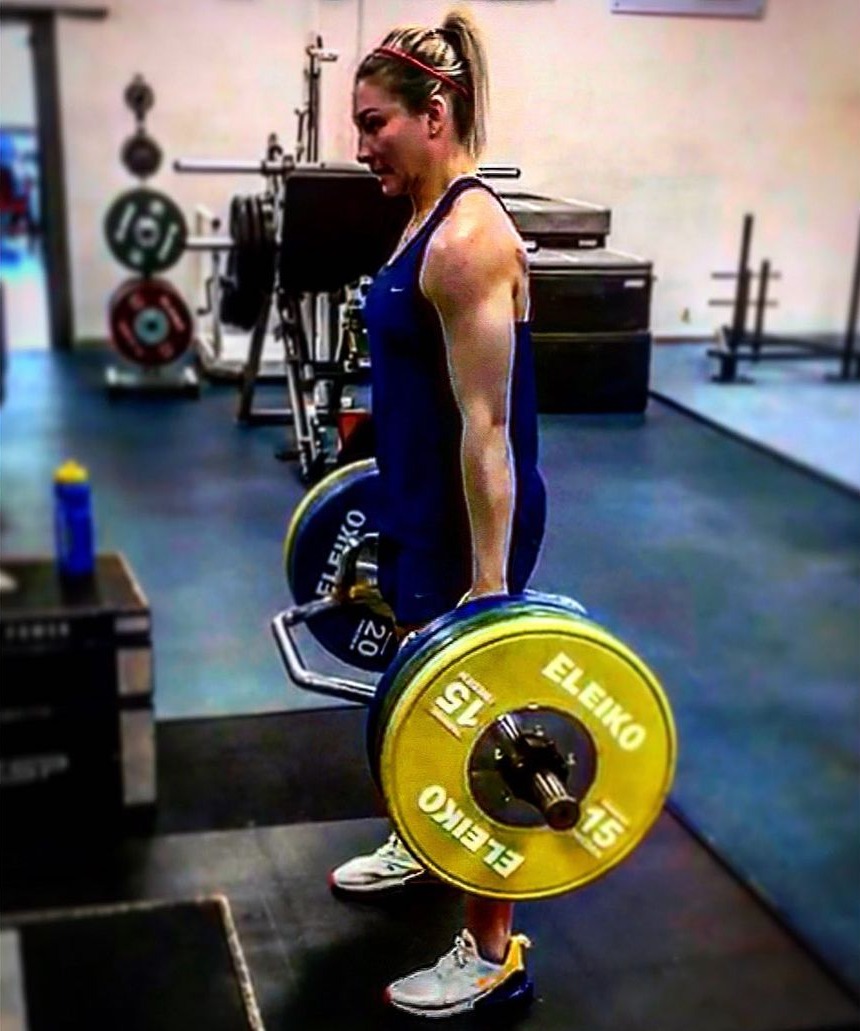 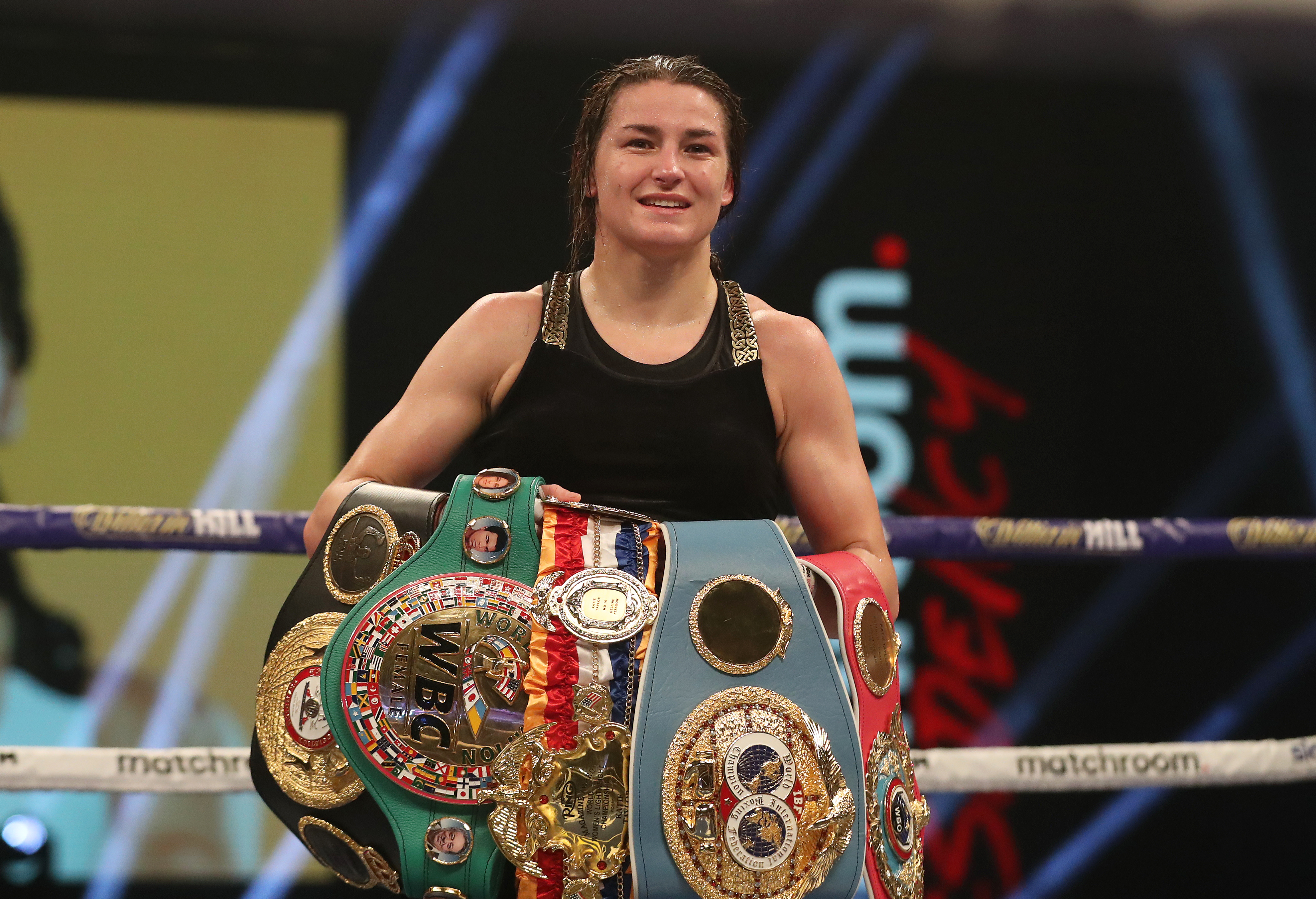 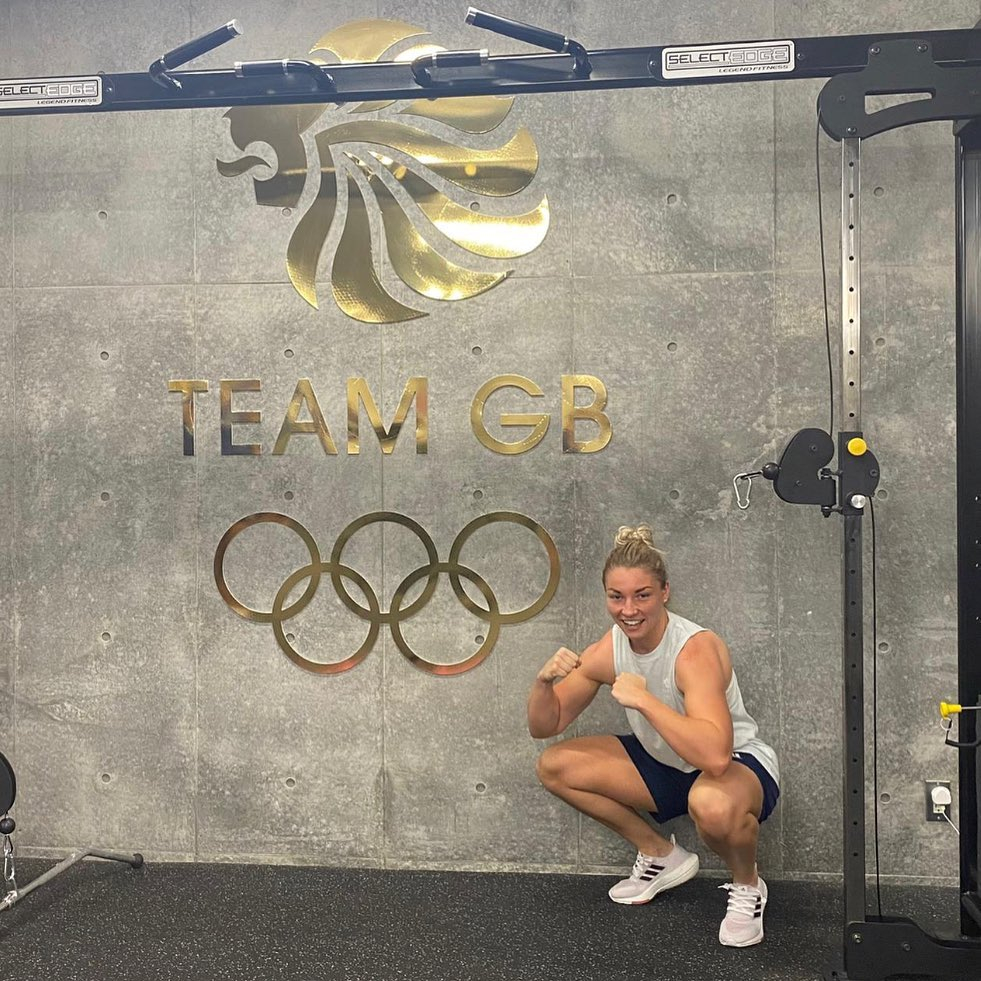 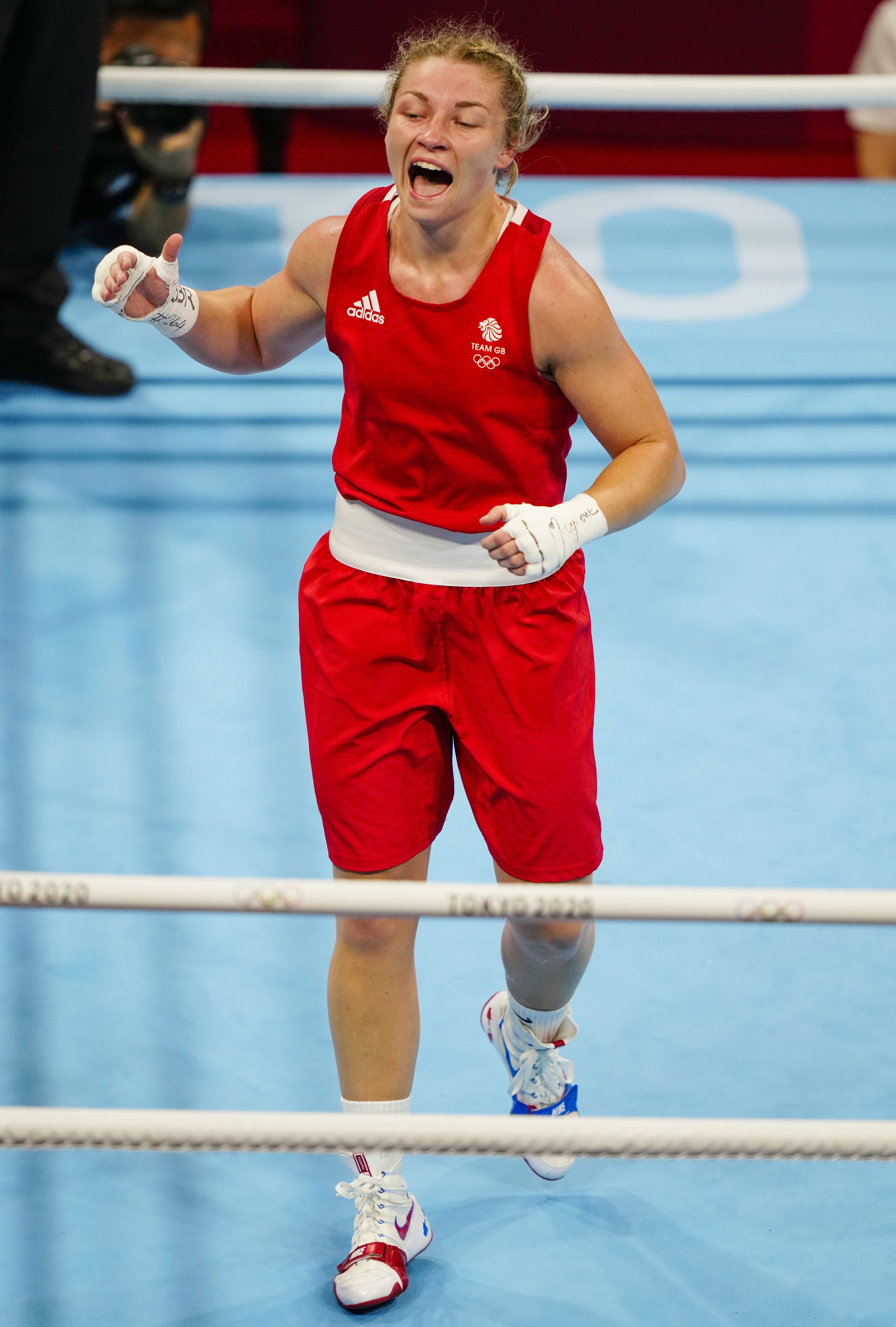 Price fought her way to middleweight bronze at the 2014 Commonwealth Games in Glasgow and realised boxing was her future, not football, kickboxing, Taekwondo or driving a taxi.

In 2016, the Welsh ace grabbed another bronze at the European Championships before catapulting herself to global recognition in 2018.

That year Price stormed to Commonwealth gold in Australia before grabbing bronze in both the European Championships and World Championships later that year.

In 2019, Price went on to win World Championship gold in Russia, while also winning the European Games title.

From there it was all eyes on the Olympics – with Price becoming Wales' first-ever female boxer to qualify for the Games in 2020.

But now she's guaranteed at least a silver and possibly even gold in Tokyo – with a pro career now surely just around the corner.

Despite her superstar status, modest Price credits all of her success to her selfless grandparents.

She explained: "If it weren’t for them and their support over the years I would not have achieved anything.

"It costs thousands, going away kick-boxing, World Championships, Europeans, that we had to fund.

"Training, playing football too, all my kit.

“They watch on telly, and on the morning of my fights my Nan will send inspirational texts, telling me how proud they are, reminding me of how hard I worked.”

Price's grandparents will already be proud of Lauren's Tokyo 2020 success.

But that won't stop the Welsh star – already guaranteed silver – from going all-out for gold.