MERCEDES boss Toto Wolff has admitted that he threatened to ban Lewis Hamilton and Nico Rosberg due to their toxic rivalry.

The pair were involved in some of the Silver Arrows’ most dominant seasons on their journey from karting teammates to bitter foes. 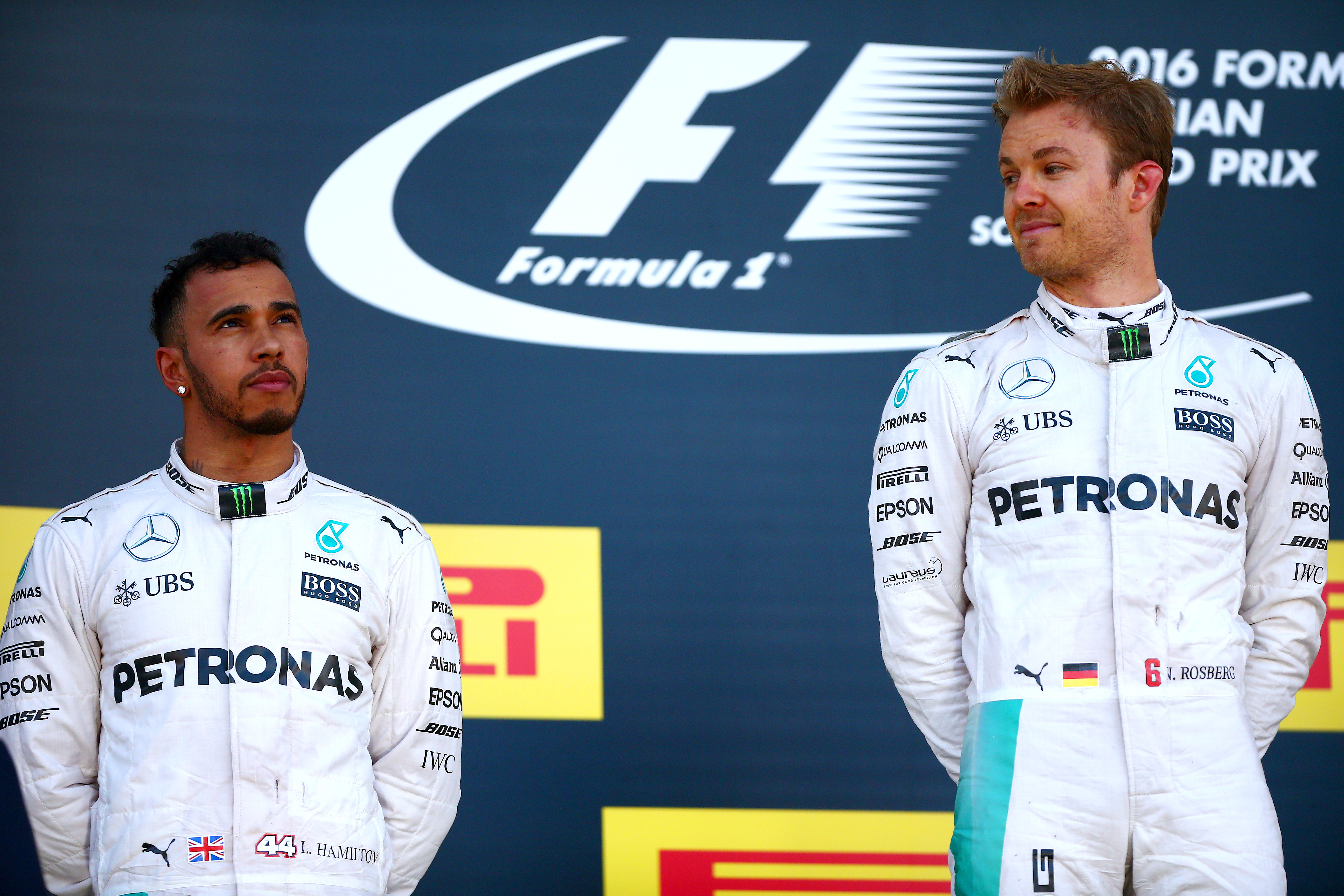 Rosberg is the only man who has stopped Hamilton from winning the F1 title during the last seven years but the two had a bitter fallout.

The German even revealed in an interview with SunSport that he needed a mind coach to help him through some of the low points.

Their on-track clashes – most notably at Spa 2014, Austria 2016 and their infamous collision in Spain 2016 cemented their rivalry as one of the fiercest in F1 history.

And Wolff claimed Mercedes came close to impose race suspensions on both Rosberg and Hamilton at the height of their feuding.

He told the High Performance Podcast: “It was very difficult because I came into the team as a newcomer in Formula 1, and Nico and Lewis had been in the sport for much longer.

I always made it clear that if this were to happen regularly, and I would see a pattern, then I have no fear in making somebody miss races

“But still, I was able to create an environment where they had to respect the team. Sometimes with an iron fist, or iron grip, and they understood that they couldn’t let us down, they couldn’t let Mercedes down.

“The events of 2014, where I felt there was some selfish behaviour, I said that the next time you come close to the other car, your team mate, you think about the Mercedes brand, you think about single individuals in the team, you think about Dieter Zetsche, the CEO of Mercedes.

“That’s probably going to change the way you act; you’re not going to put your team mate in the wall.

"And I always made it clear that if this were to happen regularly, and I would see a pattern, then I have no fear in making somebody miss races.

“The thing the drivers want the most is to compete in a car and you always need to be very clear that you compete in the car if you understand the team game.

GRAND NATIONAL: GET £200 IN FREE BETS FOR FESTIVAL AT AINTREE

“And it’s much more difficult because there are only two drivers in the team and it’s not easy to find a replacement, and a replacement on that level.

“But I’m prepared to sacrifice a race or two just to make it clear for all future generations that are going to drive for Mercedes that that’s not on.”

Rosberg stunned the sport by retiring from F1 in 2016 having won the title while Hamilton has won six of the last seven titles.