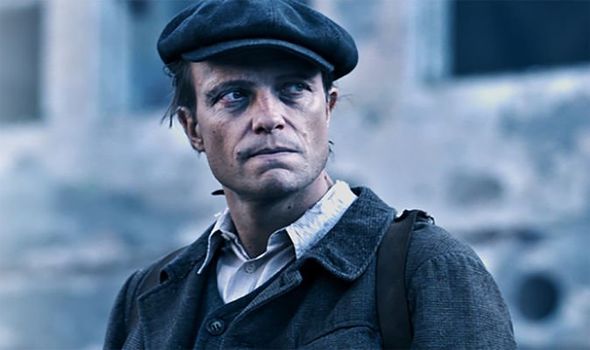 It was the biggest, most audacious revenge plot in history… to claim a German life for every one of the six million Jewish men, women and children systematically murdered by the Nazis.

Fifty determined partisans, who had escaped the Holocaust to become resistance fighters, came together in April 1945 to work out how to exact retribution for the genocide suffered by their people in the death camps of the Third Reich.

The plan they conceived, to kill six million Germans as “Nakam” – a Hebrew word for revenge – hinged on poisoning the water supplies of eight cities. It very nearly succeeded. Yet almost 80 years later this incredible true story remains almost unknown.

Now that is finally changing with the release last weekend of the film Plan A, based on the real-life plot of the same name. It tells the story of how, led by charismatic partisan Abba Kovner – a writer, and in years to come Israel’s greatest poet – 50 men and women met in Bucharest at Passover.

They were all devastated by grief and loss, half-mad with rage at the fate of their loved ones, and they agreed that nothing less than an “eye for an eye” would suffice.

As a first step, they set about obtaining arsenic. They also reduced their target from eight cities to three. As the war came to an end, Allied bombing had left some of their targets in ruins, so they focused on Hamburg, Nuremberg and Dachau. One member of the “Nokmim” – the Hebrew word for avengers – gained employment at Nuremberg’s municipal water company and accessed the plan of the water system.

The plotters worked out the location of the main valve, and where they could place the poison to kill the largest number of people.

Meanwhile, Kovner travelled to Palestine where he was supplied with arsenic by Ephraim Katzir, a biophysics student, later to become president of Israel, who had been told it would be used to target a small number of Nazi war criminals. It was only when Kovner was on his way back to Europe with the poison that Plan A began to unravel. He boarded a British boat with the arsenic hidden in his luggage in cans that appeared to contain condensed milk.

But during the voyage his name was called over the public address system and, fearing the plot had been uncovered, he threw the poison over the side. He was arrested, but not for Plan A. He had been using false documents provided by the Haganah, the underground Jewish paramilitary group and precursor of the Israel Defence Forces.

The film that finally brings the story to a wider audience was made by Israeli brothers Doron and Yoav Paz, while researching a different Second World War revenge story.

“It blew our mind,” admits Doron, 42, from Netanya near Tel Aviv. “Growing up in Israel, you know all the Holocaust stories from childhood – they spare you nothing.

“When we realised there was this plan to kill six million Germans, we knew it was something we had to tell the world.

“It’s not about an uprising or heroism, it’s pure revenge and so natural, so primal. It’s something that everyone can relate to.”

But Kovner’s arrest was not the end of the Nokmim plot, of which more later.

The movie, a decade in the making, follows fictional protagonist and Plan A lynchpin Max, played by August Diehl.

“Using a fictional character allowed us to tell the real story but have more freedom with the drama,” says Yoav, 44.

In fact, Kovner is the only real character to feature, although Sylvia Hoeks plays Ana, a character inspired by his wife, Vitka Kempner. But during their research the brothers met six surviving members of the Avengers, including key players Joseph Harmatz, head of the Nuremberg division, and Yehuda ‘Poldek’ Maimon, who died in 2016 and 2020 respectively.

Some regretted their actions, but others did not. Yoav adds: “They kept telling us – and it’s why we respected them so much – ‘please don’t judge us by today’s standards, you need to understand that at that time we were young. At that time we lost everything, we had been through hell and the only thing we could think of was revenge’. It was a suicide mission for them. They didn’t want to keep on living or to start a new life.

“Some of them described it like a cancer growing inside. During the entire war, the only thing that kept them alive in the camps was what they would do to the Germans.”

Professor Dina Porat, the chief historian of Yad Vashem, Israel’s official Holocaust memorial, and the author of the first scholarly book on Nakam released in 2019, advised the brothers and met all 50 Avengers. Now only a 101-year-old man and two women in their late 90s are still alive.

“I always told them that, with all due respect to our friendship and my respect for their personalities and accomplishments, I did not agree with them that killing six million people was ever a good idea,” she says.

“They weren’t angry with me but some of them said I was wrong, had I lived through the Holocaust and afterwards, I would have thought that six million Germans was the minimum. It was an equation.

“Some of them thought until their last day this should have been done. Others said, ‘Thank God. How lucky we were not to have performed it.'” Why does Dina think Plan A is so little known now?

“It’s a horrible idea to kill six million people without any distinction – to pour poison into drinking water that children, women, pregnant women and elderly people would drink,” she says.

“No one was proud about it. The group had a vow [never to talk about it] for at least 40 years.”

Kovner gathered everyone together in 1985 as he was dying of cancer to record their recollections on tape. Survivors who did talk did so on condition of anonymity.

“They were opinionated people, strongminded,” Dina says. “They cultivated close friendships, and lived close to one another so that they could take care of one another.”

The horrors of the twisted Nazi ‘Final Solution’ are now widely known, but in 1945 public awareness of the atrocities was only emerging and anti-semitism remained rife.

“What motivated them was what happened during the Holocaust,” Dina says of the Nokmim. “Six million Jews were lost, their whole culture was lost, the humiliations, tortures, losing everything they had, and six years of their life – you didn’t need much more of a motivation.”

Some of Nazi Germany’s leaders were tried for war crimes, plus crimes against peace and humanity in the Nuremberg trials but Dina says none of the 13 trials “dealt with the Holocaust as a special, specific crime” and no Jewish representatives attended. Tens of thousands of SS prisoners were released home under British and American control and received no trial.”

Dina says Kovner was a “born leader” who didn’t need to convince others to join his crusade. As a young man, he headed a 1,000-strong youth movement in Vienna. When the Second World War began, he led a ghetto uprising, became a Soviet partisan and wrote a manifesto about Germany’s plan to murder all Jews.

“Some people looked up at him as if he was a kind of messiah,” Dina says. “He was charismatic and an extraordinary orator. He spoke and people held their breath.”

Nakkam’s Plan B, to poison the bread of 12,000 SS prisoners held by US forces at the Stalag 13 POW camp near Nuremberg, does not feature in the film, so Dina picks up the story: “They thought about which way the poison would be more effective – injecting it into the bread, putting it in before or after it was baked – but decided that smearing it on the bottom of the loaves would be the best.”

No Nazis are known to have died – although the New York Times reported ten days later that 207 out of 2,283 prisoners were hospitalised after falling seriously ill. So what happened?

From what she was told, Dina believes the arsenic had not been properly prepared and the plotters miscalculated the amounts.

The Paz brothers hope their narrative sparks thoughtful conversations and puts audiences “in shoes that luckily for them they’ve never had to wear”.

Yoav adds: “We were lucky to have grandfathers because they were sent to Israel at a very early age. Our grandparents went through life with a feeling of shame that they left their family behind.

“Our grandmother was a strong woman who started a kibbutz from nothing but the thing that hurt her most in life is that she left her parents and some of her siblings behind.”

The film raises big questions about the nature of revenge. “Every Jew wanted their revenge but survivors at large did not take it,” Dina says. “They wanted positive revenge: to remarry, have more children, have a profession, go build the land of Israel and live among Jews.”

Doron agrees: “The real revenge was starting a new life.”