Just don’t! Nike embarassingly mispells its own logo on a pair of Ancient Greece-themed trainers that read ‘piks’

Nike has embarrassingly misspelled its own brand name on a new pair of Ancient Greek-themed trainers.

The sportswear giant is bringing out the latest collection in a nod to its namesake, the Greek Goddess of victory, Nike.

But the lettering on the back of the shoe – that looks like it says Nike in English letters – actually spells ‘piks’ in Greek.

The correct spelling of the logo in Greek would be NIKH, and peop0le are so enraged that a Change.org petition has been set up to urge the brand to remove the trainers from sale. 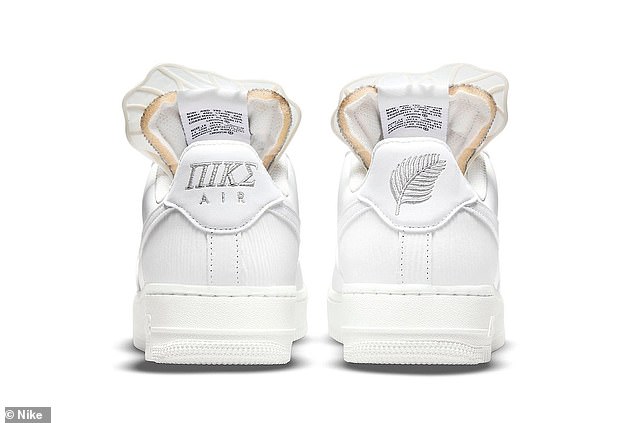 NIKE has embarrassingly misspelled its OWN brand name on a new pair of Ancient Greek-themed trainers, as they wrote ‘piks’ on the back

Eagle-eyed Greek-speakers spotted the gaffe on the Air Force 1s, which feature an unusual tongue that looks similar to wings.

Zoe Gardner raged: ‘Oh I cannot contain it. These make me so mad.

‘I know it doesn’t matter, only an idiot would wear shoes that say ‘piks’ in Greek letters and think it said Nike and I shouldn’t care what shoes idiots wear but my God it makes me so mad. 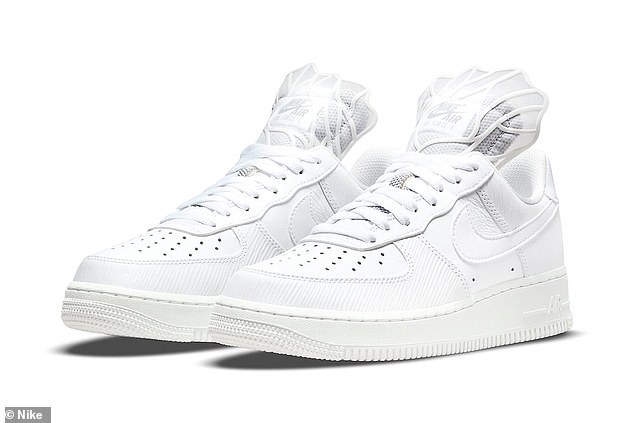 The sportswear giant is bringing out the latest collection in a nod to its namesake, the Greek Goddess of victory, Nike 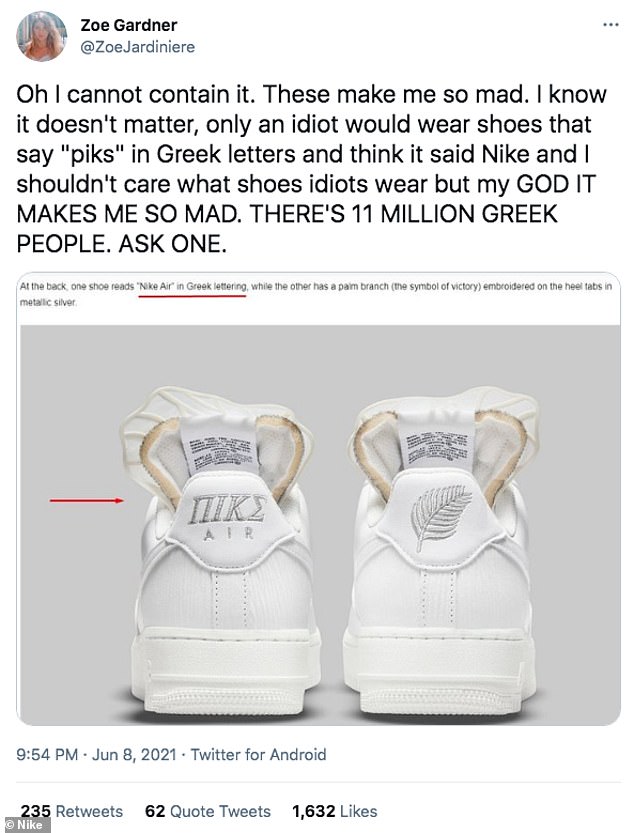 Eagle-eyed Greek-speakers spotted the gaffe on the Air Force 1s, as one wrote there are ’11million Greek people’ the brand could have consulted

In a follow-up tweet she added: ‘I didn’t even count the Cypriots, classics students and general people who know basic things.

Another user said: ‘You may include mathematicians, physicists, and computer scientists. Abusing * and * should be a crime.’ 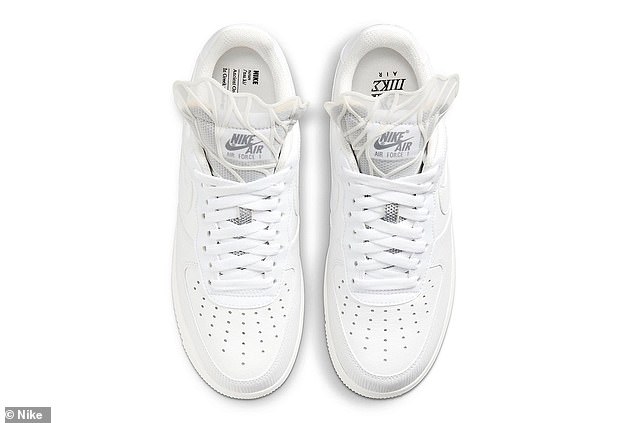 The new line of shoes has caused uproar, and the new style features tongues that look like wings 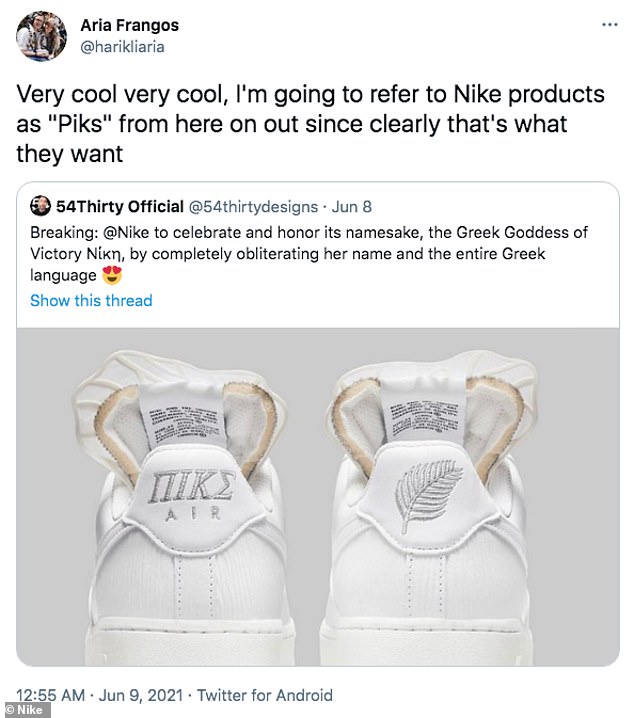 Another users mocked the pronunciation of the brand name, as said they’d refer to them as Piks from now on

A third mocked: ‘Very cool, very cool, I’m going to refer to Nike products as ‘Piks’ from here on out since clearly that’s what they want.’

And Dr David Harvey joked: ‘For reference friends. This settles the debate about how to pronounce the word ‘Nike’.

‘When translated into Greek, as they have done here, we now know it should be pronounced “Piks”‘.