Business groups are warning Western Australia’s decision to indefinitely close its borders will exacerbate workforce shortages and damage the country’s reputation globally as the rest of the nation opens up.

Federal Labor leader Anthony Albanese backed WA Premier Mark McGowan’s decision to keep the borders shut until booster vaccination rates rise, but Treasurer Josh Frydenberg said the people of WA would be disappointed they again are out of step with other states. The move also throws into doubt the Coalition and Labor’s ability to campaign ahead of the next federal election.

Major employer and industry associations Ai Group and the Business Council of Australia hit out at Mr McGowan’s announcement, which was made after 10.30pm on Thursday night (AEDT). 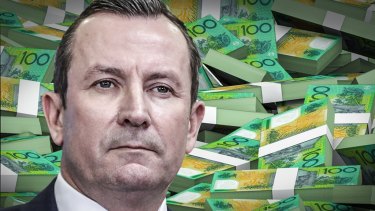 Business groups have hit out at Mark McGowan.Credit:WAtoday

“The announcement flies in the face of agreements at national cabinet to reopen, gives industry no certainty when the state will reopen and provides businesses with no guidance about any support they will receive,” Mr Willox said.

“Industry will find it increasingly difficult to service the state and support critical infrastructure. The longer Western Australia remains closed the longer it will slip from consideration around investment, job creation and skills development.”

“Tens of thousands of people booked travel on that basis and we brought a lot of our people back to work on that basis. Removing that certainty with no new timeline for when the border will reopen is a real blow not just for travel but for Australia as a whole,” he said.

“Every day we remain a collection of divided states damages our reputation as a good place to invest and create jobs,” he said. “This delay will only compound the critical skills shortages that are already making it difficult to get new job-creating projects off the ground.”

The decision has fuelled the fight between federal Labor and the Coalition ahead of the election over how the pandemic should be handled, with Mr Frydenberg criticising the ongoing border closure and Mr Albanese backing in Mr McGowan for doing a “great job”.

“I support Mark McGowan’s decision. It is a difficult decision,” Mr Albanese said. “By getting the right health outcomes, he’s got good economic outcomes.”

He said those in the state were living “almost as normal” and the decision to keep the border closed was directly due to the federal government’s failure to secure enough booster shots and rapid antigen tests.

However, Mr Frydenberg said people in the state would be “disappointed” by the decision to delay the re-opening out of step with national cabinet and other states. “And they will be asking if not now, when?”

Despite the concerns of business groups, economists are not convinced the continued closure of the border will damage the national economy. Deloitte Access Economics partner Chris Richardson said it would mean workforces avoided needing to isolate after coming into contact with the virus.

“If we could have our time over, more of us would’ve chosen hard borders like Western Australia, including to the world,” he said. “If cases go up, consumer confidence goes down and there’s a negative there.”

He said there were some clear winners and clear losers, such as the tourism sector, but no sign it would create significant national economic damage.

University of Western Australia Professor Jakob Madsen said the state’s economy was booming from mining to housing and car sales creating a lot of revenue but the closed borders would start to become a problem.

“I think it’s problematic because there’s going to be a shortage of labour, there’s already a shortage of labour. Agriculture is screaming for workers now the harvest comes up,” Professor Madsen said, adding he also has concerns for the tourism and the tertiary education sectors.

The labour market in Western Australia is the tightest in the country with a 3.4 per cent unemployment rate. The national jobless figure for December was 4.2 per cent, down to pre-global financial crisis lows.

“With an unemployment rate of 3.4 per cent, the lowest in the country, it’s hard to argue the border closure is having a negative impact,” he said. “The bigger risk is not the border being close, it’s Omicron [getting in] anyway.”

Committee for Economic Development of Australia senior economist Cassandra Winzar said the decision was likely a positive for the mining and commodities sector.

“There are relatively low vaccination rates in surrounding areas, such as the Pilbara, so this will allow them to keep operating which is good for the state and federal budget as well,” Ms Winzar said.

However, she said many businesses were relying on borders re-opening to fill staff vacancies amid a significant shortage of workers.

Bankwest Curtin Economics Centre director Professor Alan Duncan agreed the main impact on iron ore and the mining sector was through the restrictions on the movement of workers, as well as supply chain issues and difficulties transporting commodities.

“There are critical skills shortages in areas important to the operation of mining businesses, and the delay in opening borders will have an impact on production across iron ore and other commodities.”

CommSec chief economist Craig James also said the decision would have a “limited broader impact” on the national economy. He said retailers without a good online presence were at risk, along with tourism operators who needed to promote themselves to locals.

“[The] other key issue for business is lack of access to non-West Australian labour. Business may have good product but fail to capitalise due to staff shortages,” he said.