After getting engaged to Shay, 36, in July — and welcoming their first child together, daughter Summer, three months prior — Brock’s role on the Bravo reality series is expanding on the upcoming season. For the Australia native, 35, the hardest part of being a bigger player on the show is that his business is now “everyone’s business,” including both the good and the bad.

“I’m an open book and that’s what gets me in trouble this season,” the personal trainer exclusively told Us Weekly on Monday, September 20, while promoting season 9, which premieres later this month. Scheana, who has been on the show since season 1, chimed in, “He’s brutally honest.”

Brock admitted that he is “pretty honest” with himself as well, before pointing to Tom Sandoval and Ariana Madix as the two cast members he gets along with best.

“I got along with everybody very easily ‘cause I enjoy people’s company. But obviously, through that friendship, there was obviously some people that wanted to know more about my past and all that,” he explained. “And that kind of caused a bit [of a] rift. Lala and I get into it throughout the season, but through it, [I] actually had a memorable moment in my life.” 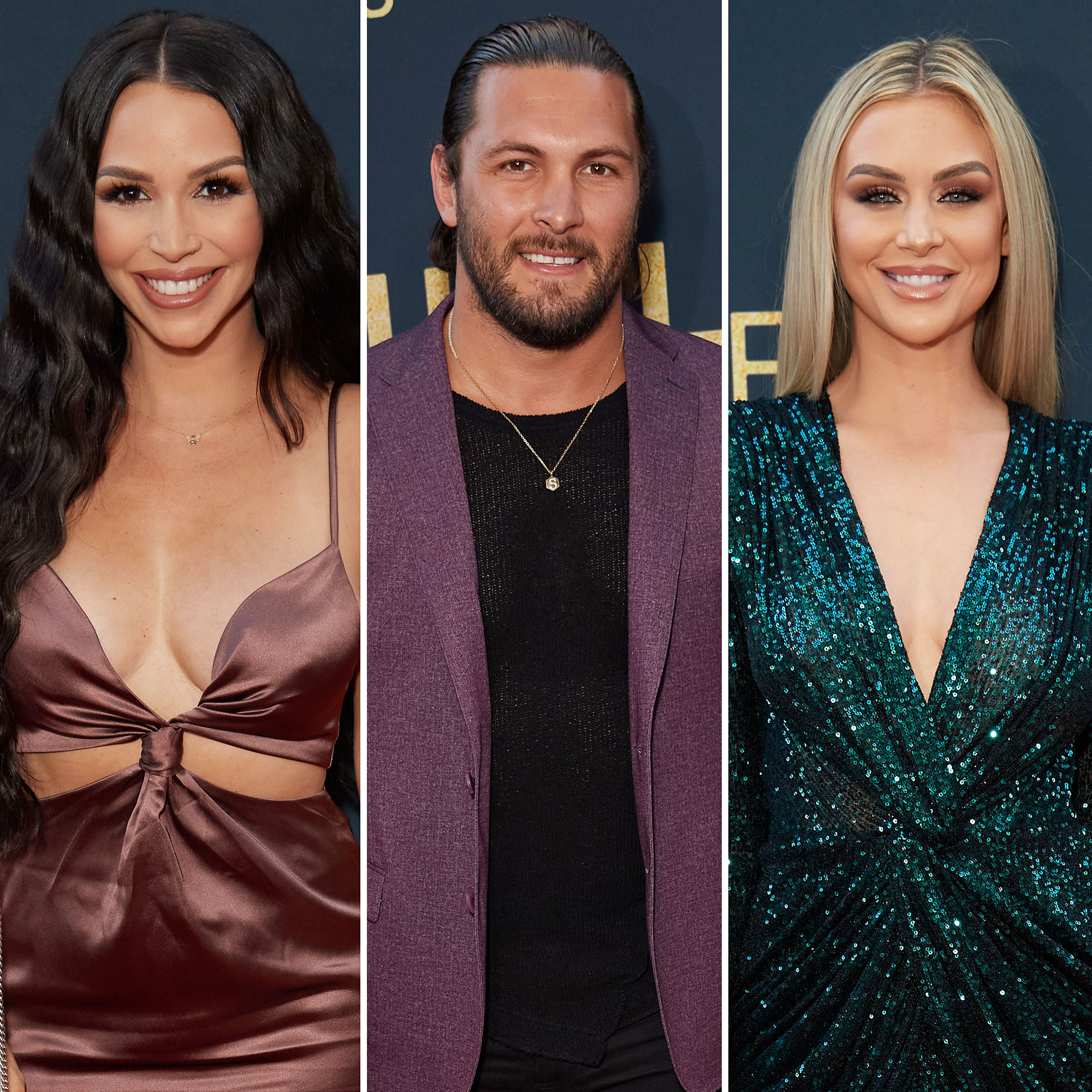 Brock said that after his issue with Lala, 31, he got to speak with Lisa Vanderpump. “That was, for you guys, [the fans]. It was on camera and was caught,” he added. “So you’ll see the real deal come through, which was great.”

The father of three — he shares daughter Winter and son Eli with an ex — teased his story line further.

“I guess I put it all out there and then you get to see a lot. You get to see a bit of [what’s] in my past, getting to my family here and [into my] business [and] work life,” he told Us. “So it’s a great balance to [the] season.”

Scheana noted that Brock had been friends with Tom, 38, and Ariana, 36, before filming and the foursome only got closer amid the COVID-19 crisis when they were a part of the couple’s “bubble” when quarantining.

‘Vanderpump Rules’ Season 9: Everything We Know

“I think that made the transition a little easier too. But then there’s those ones, you know, who just want to poke,” she said. “And where I would normally be like, ‘It’s none of their business, like, keep your mouth shut.’ He’s just like, ‘Let me tell you everything.’ And I’m, like, ‘Oh wow.’”

Brock piped in, “And if I tell my story and lie about it, then people are going to be like, ‘Well, that’s not my story.’” Scheana agreed, before noting that his brutal honesty is “perfect for reality television.”

Brock’s drama with Lala follows Scheana’s feud with the Give Them Lala author last year. The women weren’t on speaking terms prior to welcoming their children in March and April, respectively. (Lala shared daughter Ocean, now 6 months, with fiancé Randall Emmett.)

Since becoming moms, however, they have seemingly made amends — and their daughters have even had playdates.

Their past falling out began when Scheana claimed she wasn’t invited to Lala’s child’s sex party in 2020. After admitting to Us on Monday that “both of us could have handled that situation better,” Scheana explained how Brock’s blow up with the “Give Them Lala … With Randall” podcast cohost made things more complicated.

“I think we both learned our lessons and we are much better at communicating with each other now. And I think that was just one of those things that we needed to go through to get to where we are, which you’ll see,” she said, adding that her fiancé’s argument made it “very difficult” to keep her friendship with Lala on good terms.

With reporting by Christina Garibaldi