The retired Manchester United boss only named FOUR stars as being worthy of the highest status in his 2015 book. 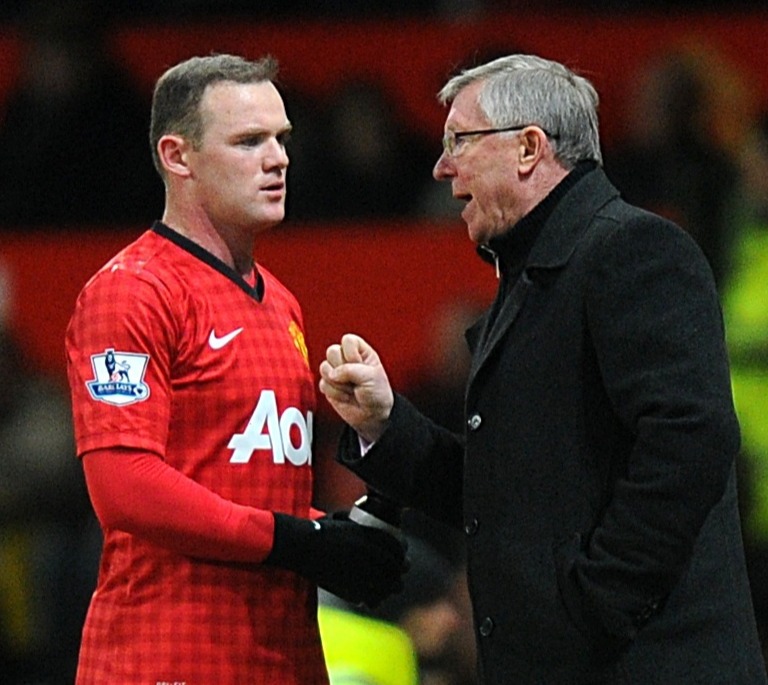 Rooney, who Fergie fell out with over a long-standing contract row, was put behind Cristiano Ronaldo, Eric Cantona, Ryan Giggs and Paul Scholes in the pecking order.

Roy Keane — another star to have a major bust-up with the fiery Scotsman during his time at Old Trafford — was also overlooked.

Fergie, 79, wrote: “In my book there are only two world-class players playing today: Lionel Messi and Cristiano Ronaldo.

“I don’t mean to demean or criticise any of the great or very good footballers who played for me during my 26-year career at United, but there were only four who were world class: Cantona, Giggs, Ronaldo and Scholes.

“And of the four, Cristiano was like an ornament on the top of a Christmas tree.”

But his top quartet “elevated themselves above all that”.

Fergie also tipped Giggs to follow him and be an Old Trafford gaffer.

CASINO SIGN UP OFFER: CLAIM UP TO £800 IN CASINO BONUS CASH

Wayne Rooney has retired from playing after an illustrious 19-year career.

The 47-year-old is currently in charge of the Wales national team and had a spell as Man Utd interim boss in 2014.

Fergie added: “Ryan is eventually going to be a great manager — he has intelligence, presence and knowledge.

“Had he retired in his mid-30s, rather than when he was 40, there is every chance he would have been my assistant in my final five years at Manchester United.

“I think Ryan seems to enjoy that he is learning off a man with great experience. It’s working.

“There is good communication with [Louis van Gaal].

“Ryan’s working very hard and picking up things from a foreign coach, which is different from the way I operated, so it looks as if it’s going OK.

“Louis made a great choice because of Ryan’s knowledge, his time at the club and his ability.”