What a trip! Hilarious social media snaps capture unexpected sights spotted at airports – from a man sleeping on the floor at check-in to yoga in the departure lounge

Many people are eager to venture abroad after the past 18 months of intermittent lockdowns, and these snaps prove just going to the airport can be a memorable part of the getaway.

The Daddest has rounded up a selection of images from around the world that have gone viral because they capture bizarre moments in airports – from passengers falling asleep in strange positions to holding embarrassing signs at the arrivals gate.

Among the snaps is a traveller whose extreme flexibility while practicing yoga as they waited for their flight created the illusion that they didn’t have a head.

Another amusing image shows a man taking a nap on the floor, after joining the queue to check-in his luggage – something anyone who has been in a lengthy line for a low cost airline will relate to. 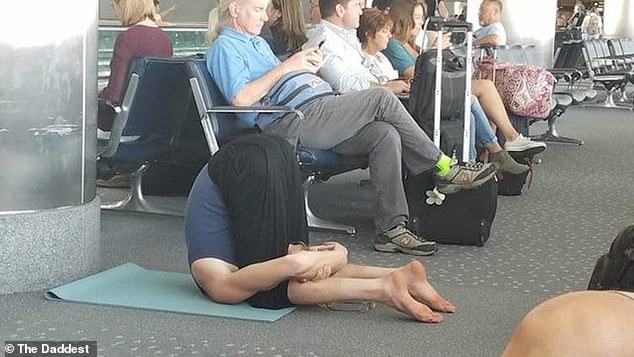 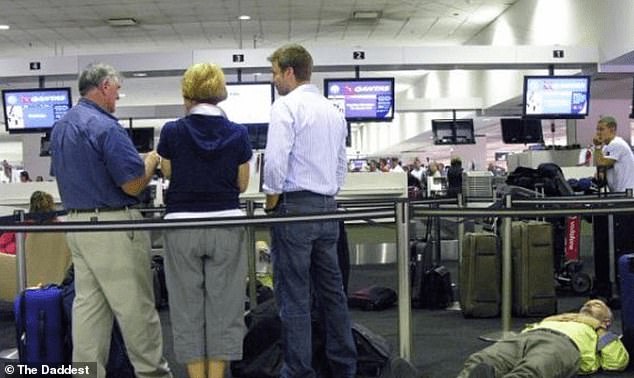 Away with the fairies! One passenger was snapped having a deep sleep on the floor, while waiting to check-in their luggage 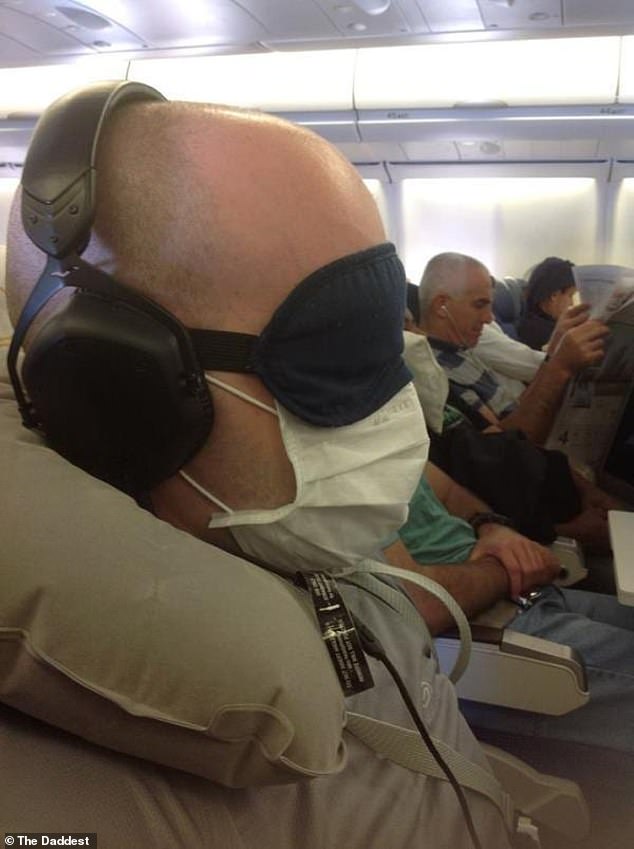 Definitely do not disturb! Another individual, blocked out the world during their flight by wearing a face mask, eye mask and noise-cancelling headphones 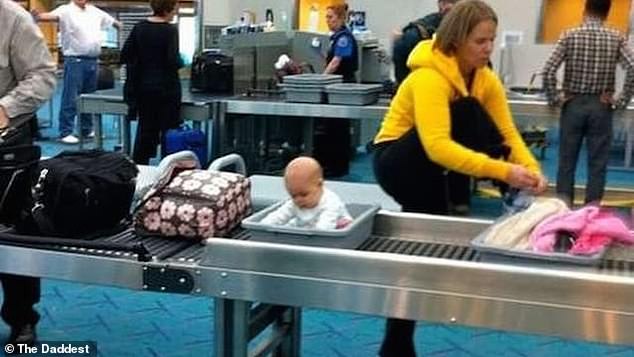 Baby scan!  A mother who was loading her items to be checked at security also placed her infant in a tray 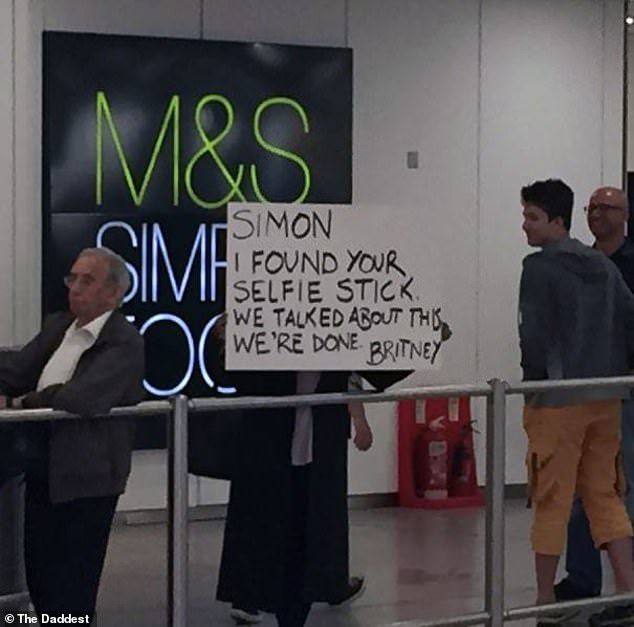 Snap unhappy! One person penned an embarrassing sign to end their relationship at the arrivals gate at an airport in the UK 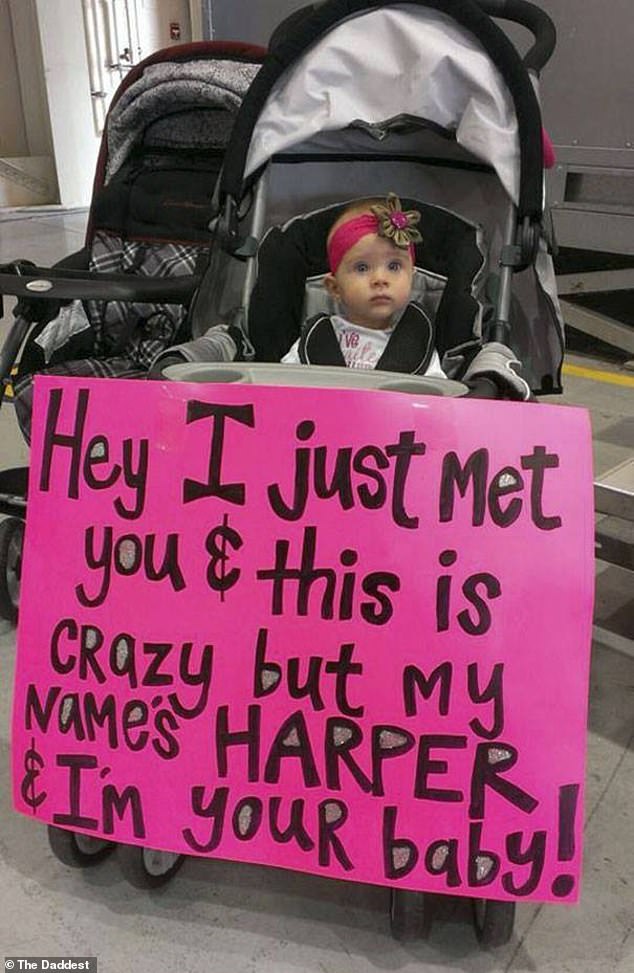 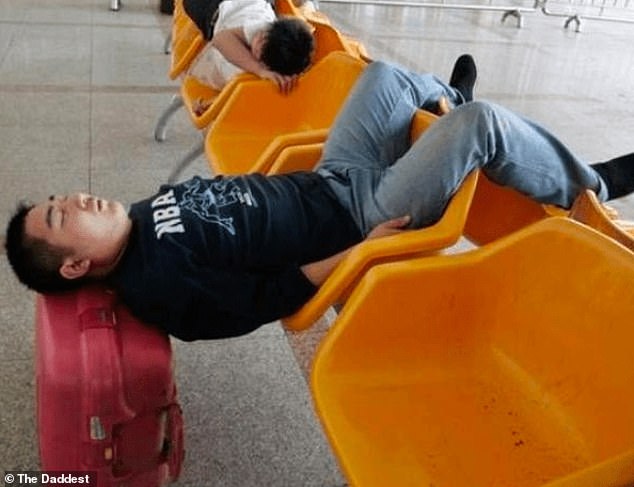 Living the dream! Passengers experimenting with different ways of getting comfortable enough to sleep 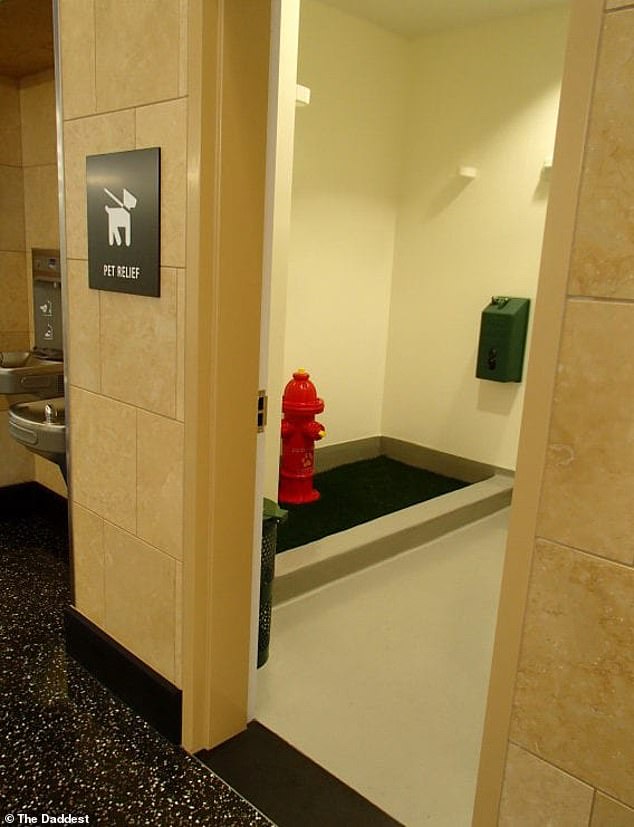 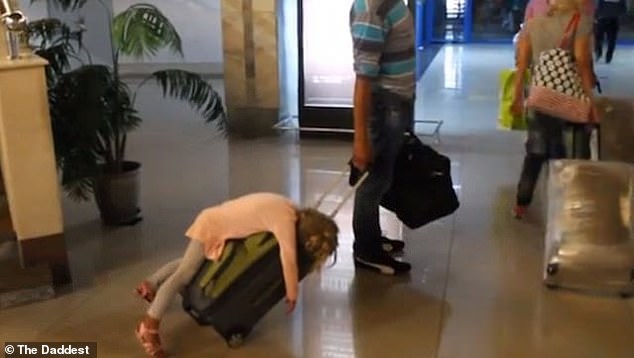 We’ve all been there! Another snap shows how a child who was fed up of walking through the airport terminals decided to get a ride on the back of their dad’s suitcase 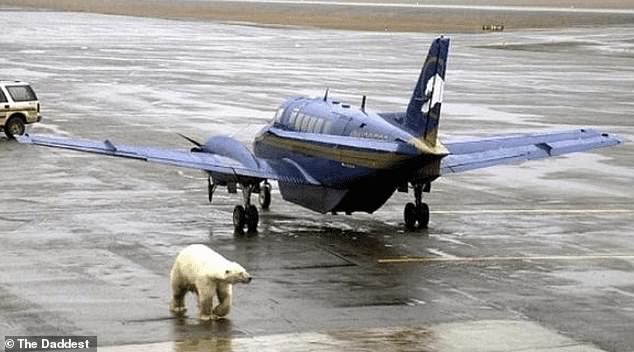 Stowaway! A polar bear was spotted exploring the runway at an airport believed to be in Alaska 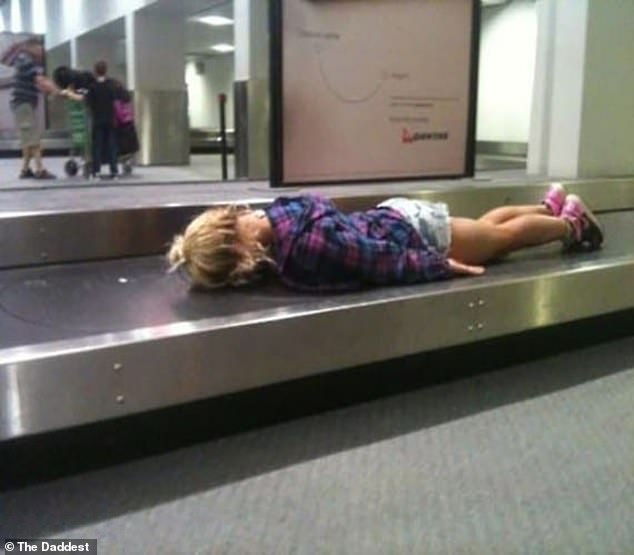 One tired young passenger, who seemed to be battling jetlag, decided to get a nap on the baggage carousel