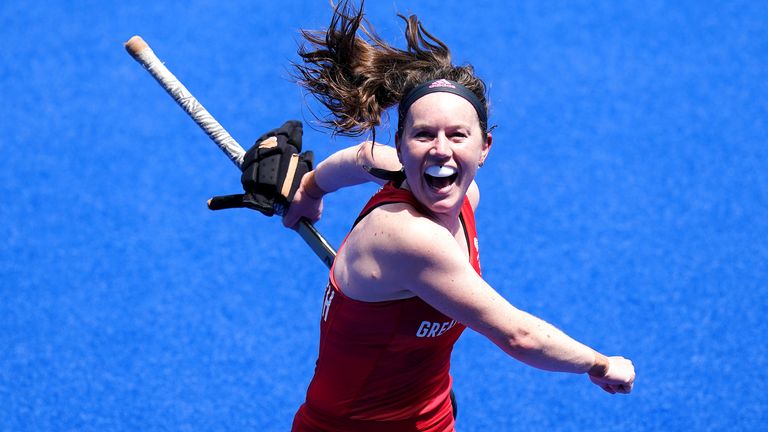 Great Britain’s women won the bronze medal at Oi Hockey Stadium after beating India 4-3 in a thrilling clash at the Tokyo Olympics.

Although the Rio 2016 champions relinquished their title following an emphatic semi-final loss to Holland on Wednesday, they dug deep and secured a third successive Games podium finish.

The London 2012 bronze medallists had to dig deep, though, leading 2-0, then falling behind before winning it in the final quarter with Grace Balsdon’s penalty corner clincher.

Ellie Rayer opened the scoring, then Sarah Robertson made it 2-0, only for India to score three times in four minutes during a frantic second quarter, with Gurjit Kaur scoring twice and Vandana Katariya also netting.

Captain Hollie Pearne-Webb equalised in the third quarter, before Britain showed composure to go back in front and close out a fine victory that sparked scenes of wild celebration.

After a scoreless first quarter, Britain needed less than a minute of the second quarter to deservedly go ahead.

Rayer left the Indian defence floundering with a surging run, and she was awarded the goal, despite her cross being heavily deflected past India’s goalkeeper.

Ansley then hit the post as Britain continued to impress, and they went 2-0 up following a brilliant turn and shot by Robertson.

I am just so immensely proud of that sensational effort by @GBHockey women against a brilliant @TheHockeyIndia team. What a bronze medal play off! Three Olympic medals in successive Olympics…haters gonna hate, but the results speak for themselves. Well done players and staff x

Goalkeeper Maddie Hinch made a sharp reflex save following a rare India attack, but the deficit was then reduced after Kaur struck from a penalty corner, before she repeated the feat two minutes later, making it 2-2.

Remarkably, India added a third goal in four minutes through Katayira. It went to a video referral before being allowed to stand, and Britain suddenly had a huge fight on their hands, trailing 3-2 at half-time.

Britain needed to regroup after such a demoralising end to the second quarter, and they responded impressively, establishing a strong platform before Pearne-Webb hit a powerful shot into the corner of India’s net.

Two more penalty corners put the reigning Olympic champions under pressure, though, and Hinch made a fine save as a thrilling encounter continued at stamina-sapping pace, tied 3-3 entering the final quarter. 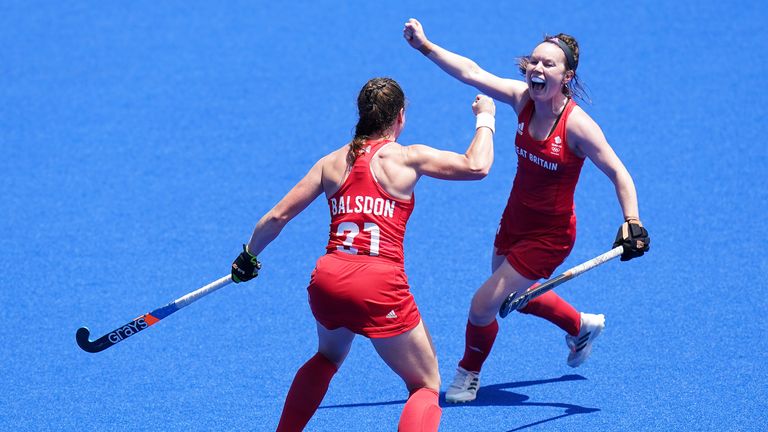 Then Balsdon struck, Britain kept their composure, and India could find no way back as the bronze medal was secured following an epic encounter.

This bronze medal was the nation’s 52nd medal in Tokyo, meaning Team GB have now exceeded the 51 they won at Beijing 2008.

“I’m incredibly proud of this squad. We’ve got 16 here who are going to get a medal, our reserves and those back at home and we’ve really relied on everyone in this squad,” Pearne-Webb.

“It’s been a tough five years. Really, really tough. We’re all still here because we all had that little bit of belief deep, deep down. “There have been times over the years where we’ve doubted if we could achieve this, I’m just so pleased and proud of everyone that we have.

“After winning and achieving the biggest dream, that in itself is the biggest challenge. To bring a group of girls that have watched that, altogether, there have been so many challenges along the way.

“That’s both collectively as a team and as the individuals as well.

“I’m so proud of all the girls, the whole squad, the whole support staff that have been involved.”