TOM BOWER: Bags stuffed with money like a scene from Only Fools and Horses. Prince Charles has jeopardised his reign

Further controversy is the last thing the Royal Family needs right now. But, once again, the Prince of Wales’s willingness to accept large sums of money from controversial foreign businessmen and politicians has plunged the heir to the throne into murky waters.

This time, the revelation that he took bags stuffed with €500 banknotes exposes Prince Charles to accusations of appalling bad judgment.

What’s much more damaging is that his conduct raises wider concerns. It is no exaggeration to say that his succession to the throne could be in jeopardy.

There is no doubt the future success of the Monarchy rests on its probity. Any suspicion of cash for favours involving Prince Charles and his charities raises such issues. 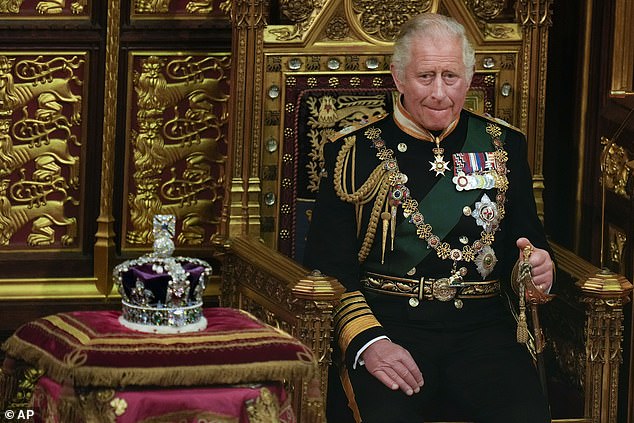 The revelation that he took bags stuffed with €500 banknotes exposes Prince Charles to accusations of appalling bad judgment.

Of course, this is far from being the first time that largesse from rich foreigners has been poured the way of the heir to the throne. His long-standing and closest aide, Michael Fawcett, offered a Saudi billionaire a knighthood in return for a huge donation to The Prince’s Foundation.

At best, Charles failed to keep a check on what was being done in his name. At worst, he was complicit.

Over the past 30 years, the Prince has repeatedly exposed himself to accusations that he has taken ‘cash for access’ – and, worse, used his influence to promote those who donate to his favourite causes.

In his defence, the cash has not been to spend on himself, but to be used by his charities. His mistake, though, is that instead of fundraising with complete transparency, he has been privately accepting large sums of money from foreign businessmen – some of whom have been accused of dishonesty.

Charles was repeatedly warned by his father, Prince Philip, that he had allowed himself to be surrounded by unsuitable and controversial politicians and businessmen. Stubbornly, Charles ignored that advice.

He has always said he has never been personally involved himself in the details of fundraising for his charities.

In this instance of an alleged receipt of money from a controversial Qatari politician, as usual the Prince’s aides would not have dared to raise the alarm at being asked to handle carrier bags stuffed with money like a scene from the TV comedy Only Fools And Horses. They know that the Palace reacts to criticism with threats of dismissal.

It is also reminiscent of many years ago when he unwisely became involved in a planning row, apparently complaining to the prime minister of Qatar about the redevelopment of Chelsea Barracks. This led the Qatari developer to withdraw its planning application – only to be sued by its partners. A High Court judge branded Charles’s intervention ‘unexpected and unwelcome’.

This latest revelation about accepting a suitcase containing €1 million in cash inevitably raises questions about what has happened to the police investigation into how Fawcett allegedly offered to help a Saudi billionaire upgrade his honorary CBE to a knighthood and support his application for British citizenship in exchange for ‘generous’ donations to the foundation.

The Prince of Wales must surely also fear that the source of these hugely embarrassing revelations could continue to make more stories public.

Over recent years, the Queen’s advisers have skilfully and wisely navigated the Monarchy through periods of potential crisis. By contrast, Charles has not employed staff whose duty is to warn him not to accept cash in carrier bags.

It’s hard not to think that Charles, as head of his court, has failed to keep control, and it is an extremely bad look for the future king.