Are the films at Venice worth the hype? Film critic Nicolas Rapold descends upon the floating city with the stars, and invites you to consider the cinematic offerings from the Venice Film Festival that had an impact on critics and fanatics alike, from Maggie Gyllenhaal’s directorial debut to Pablo Larraín’s portrait of a depressed royal. 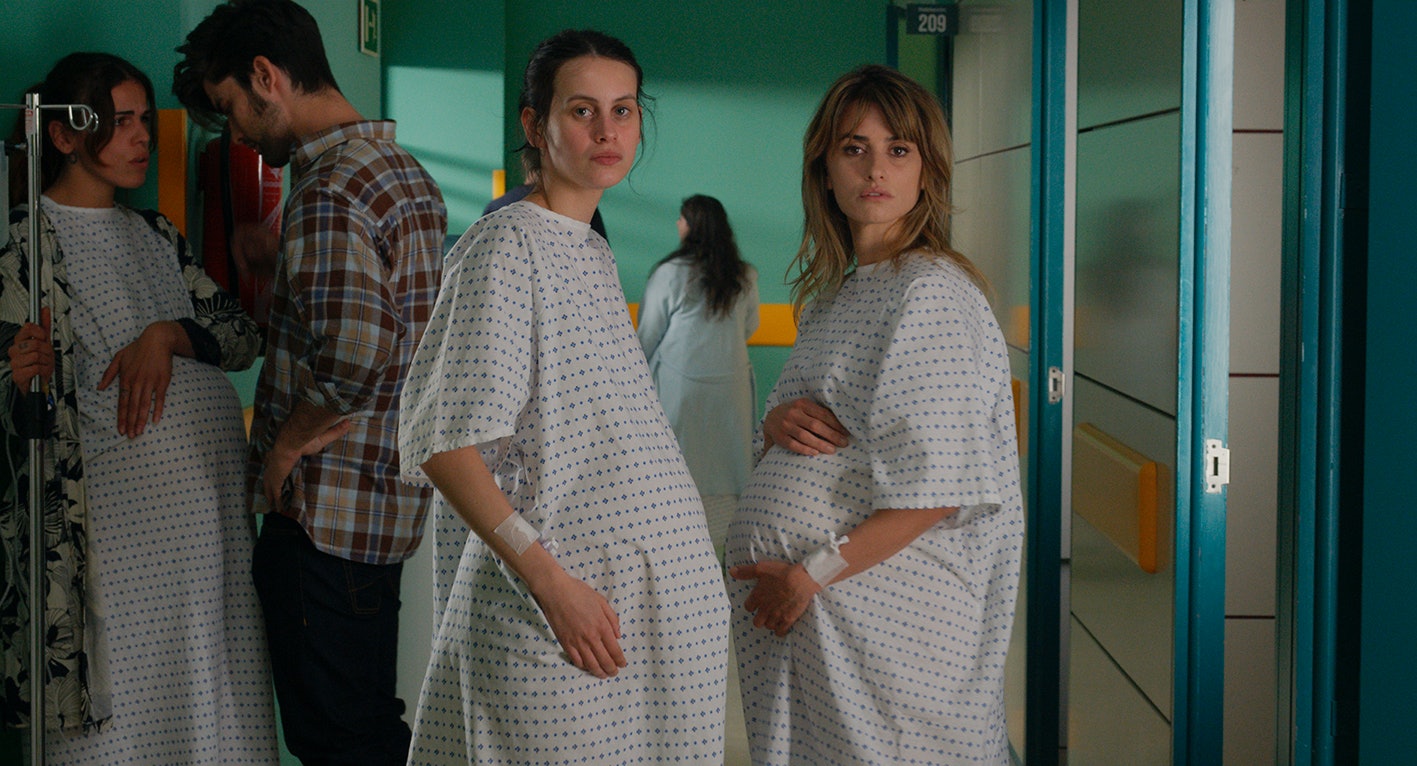 The irony of attending the Venice Film Festival as a critic is that—amid the serene sunshine and movie-star wattage—you spend half your time in the dark. While red-carpet names emerged from boats like Botticelli’s Venus, your correspondent scurried into press screenings at the festival’s two main buildings—one an Art Deco temple, another a cake-like sprawl festooned with flags. The entire event takes place on the rejuvenating Lido, a breezy, tree-lined island strip that feels secluded from the city’s most touristed landmarks. No complaints however: in just the first few days, the festival rolled out a series of films that only grew richer in the mind.

Pedro Almodóvar’s Madres Paraleles (titled Parallel Mothers in the U.S.) opened the festival and shined the way for an early lineup that kept reflecting upon motherhood and independence. Almodóvar’s star-crossed madres meet in the maternity ward: Penélope Cruz as a magazine photographer who had a passionate fling with an archaeologist researching her ancestors’ remains, and rising star Milena Smit as a teenager putting up with her determined actress mother. A twist forces Cruz to reconsider her bond with her child in every sense. Less flamboyantly but no less affectingly, Almodóvar winds up and undoes the bright tangles of melodrama to release deep emotional truths, even addressing Spain’s thorny Civil War history.

Madres Paraleles’s clear-headed look at love and grief primed me for the bravely unsettled mindscape of The Lost Daughter, Maggie Gyllenhaal’s first outing as a director. Olivia Colman plays an academic taking a busman’s holiday on a Greek isle, marking up her copy of Dante’s Paradiso while trying to ignore a rowdy Queens clan (featuring Dakota Johnson as a glam, glum mother). Colman ruminates on struggling to raise her two (now grown) children and the alienating tug-of-war she faced while fighting for a foothold in her profession. Jessie Buckley plays her younger self in freely flowing flashbacks, venting in full the prickliness inflamed by the 24-hour stress test of parenting. Colman’s minutely observed angst shows how, even after carving out her own space, she couldn’t emerge unscathed by guilt and loss.

But perhaps just as much as moms, a recurring thread of mirrored lives tied together my first impressions of the festival. Alongside the generational pairings of Almodóvar and Gyllenhaal, Last Night in Soho dreamt up a Swingin’ Sixties alter ego for Thomasin McKenzie as a London fashion student. The Cornwall transplant accesses a parallel-universe Soho where radiant Anya Taylor-Joy is a lounge-club songstress who wants to soar. But the nostalgic fantasy turns queasy as this would-be ’60s avatar is pulled down into a netherworld of call-girl coercion. It’s a grinning pop ghost story—grooving to Cilla Black, the Kinks, and more record-crate tunes—yet McKenzie’s sincerity can make the dirt behind the daydreams stick.

That wasn’t even the half of it as the festival showcase rolled along. In Jane Campion’s The Power of the Dog, Benedict Cumberbatch, Kirsten Dunst, and Kodi Smit-McPhee simmer in the crucible of a remote, testosterone-filled ranch. And Pablo Larraín’s Spencer showcases Kristen Stewart channeling the abject anxiety—and fortitude—of Princess Diana weathering Christmas rituals with the royal fam. No mere free-and-easy island getaway, the Venice Film Festival has proven to be a sanctuary to commune with the unquiet places in the heart, thanks to triumphant work on screen.