A MAN brutally rejected his girlfriend's kiss live on TV at a college football game. 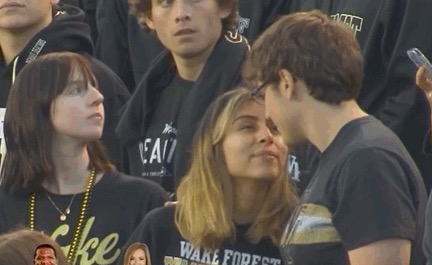 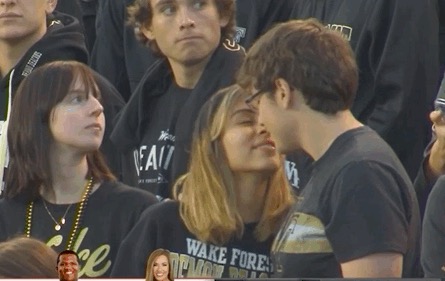 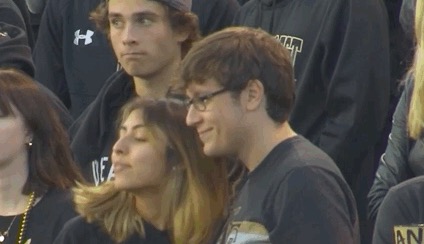 And as the camera focussed on the couple, the girl leaned in for a kiss – but was brutally rejected as he date awkwardly turned away.

But there's more to the story than meets the eye.

The couple explained on social media it was a joke, with the boyfriend saying he was 'just playing with her'.

In a TikTok video, he said: "I was just playing with her, like when you go for a kiss and then you don’t actually kiss because it’s funny.

"And that happened to be the one part that was on national TV… We’re cool, she’s not like mad.”

He was backed up by his girlfriend in a separate video of her own, claiming it was an 'inside joke'.

IS your downtime as epic as it could be?

You can get 50 free spins at PokerStars Casino. Boom.

She added: "Whenever we kiss each other it’s like a joke between us where one of us will swerve so that we don’t actually kiss, so that’s what was kind of going on there.

“We didn’t know we were being recorded so me getting rejected was caught live on national television… I was a little embarrassed but now it’s kind of funny.”

It'll probably be her last and only college football game and they've only been dating a week, says her boyfriend.

He said on Reddit: "Basically, I’ve been talking to this girl for a while and we just started dating about a week ago.

"I tell her she should come to the Wake game since we are undefeated and will probably win. She says yes.

"We go with a group of friends, and we are having a great time. Throughout the game we are flirting, hugging, kissing a little bit, etc.

"So, we do our little inside joke thing, and unbeknownst to us, we are being recorded.

"After the game, I find I’m on the wake forest old row Instagram page, and within the hour I’m on the official old row page. Then, I’m on TikTok, Twitter, and apparently Reddit too.”

He added: "It was also her first (maybe last?) college football game."