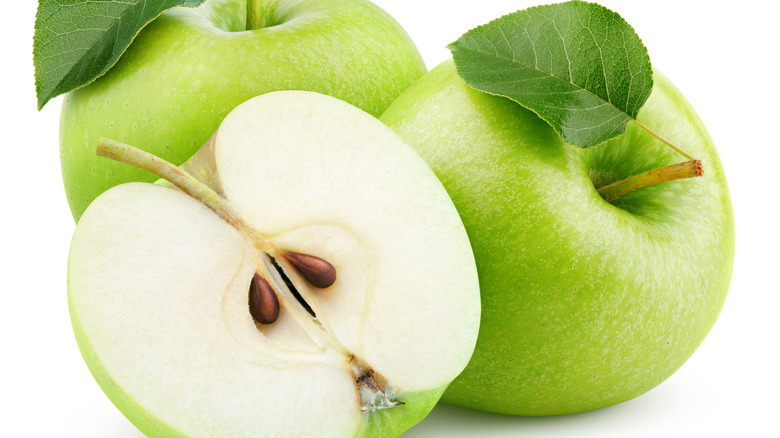 The health benefits of eating fruits like apples need no introduction — we know just how good for us they are, and that we should aim to eat at least five portions of fruit and vegetables each day, but what parts of the plant do we eat? Take the seeds and pips, for example. Some, like sunflower seeds, are considered food on their own and are packed with protein (via WebMD), but what about apple seeds? Is it better to just drink some apple juice instead?

You might have heard stories as a kid about apples and other fruits growing inside you when you eat one of their seeds, but that’s not something you need to be worried about. However, with apple seeds in particular — as of course we’re not meant to eat them — many of us don’t know what actually happens when we do consume them? You won’t find an apple tree growing in your stomach — after all, you don’t start growing sesame plants after eating a hamburger bun covered in their seeds, but eating apple seeds won’t necessarily have no effect at all either.

Here’s what really happens to your body when you eat an apple seed.

You'd need to eat a lot of seeds to be harmed 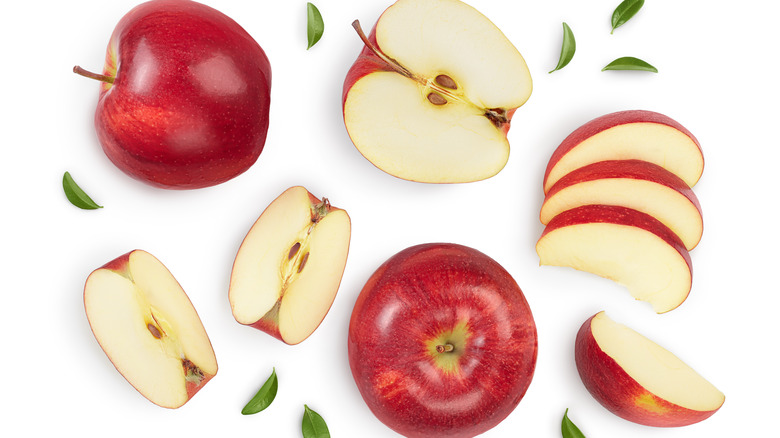 According to MedicalNewsToday, apple seeds aren’t actually as safe as you might think. They contain the compound amygdalin, which can be toxic.

Amygdalin forms part of the apple seed’s chemical defenses and, while it isn’t harmful in itself, it can degrade into hydrogen cyanide when it’s chewed or damaged. Cyanide is something that can be pretty dangerous — even deadly — if enough is consumed. Cyanide has been used in acts of murder in the past (via the Pittsburgh Post-Gazette) and interferes with the oxygen supply of cells. Apples aren’t the only fruit whose seeds contain amygdalin either; the seeds of many fruits in the Rosaceae family contain amygdalin, from apricots and peaches to cherries and even almonds (via American Chemical Society).

Fortunately, swallowing the occasional apple seed or two isn’t going to harm you. It would take a lot of apple seeds to even make you feel unwell, let alone cause death. Per MedicalNewsToday, you’d need to eat between 83 and 500 apple seeds to develop acute cyanide poisoning, so as long as you don’t make a habit of eating the seeds, you should be okay. Fortunately, the rest of the apple is fine to eat too — even if you want one each day.