The retirement of four senior Victorian cabinet ministers – James Merlino, Martin Foley, Lisa Neville and Martin Pakula – will lead to some 70 years of experience walking out the door.

Labor caucus will meet at the weekend to choose their replacements, with new ministers expected to be announced on Monday.

So, who’s in the mix for promotion? 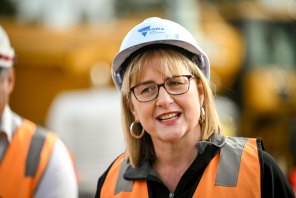 Jacinta Allan already holds a seat in cabinet, but she is now likely to be deputy leader by the time the weekend is done.

Elected into Victorian Parliament in 1999, and joining the ministry three years later at just 29, Allan has always been a high achiever. She turned a three per cent margin in Bendigo East, which she won from former Liberal minister Michael John, into a 13 per cent buffer within three years (she now holds it on 12 per cent).

Twenty years ago, the Women’s Electoral Lobby was touting Allan as a potential future leader of the ALP. That seemed a long way off then; it seems less so now.

Allan – a member of the Socialist Left – is known as a hard worker with a combative streak, who gives as good as she gets, particularly in the rough and tumble of Question Time as leader of the house. 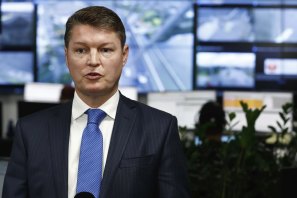 Before Andrews’ public intervention on Friday, Roads Minister Ben Carroll, 46, was seen as a leading contender for deputy. That seems all but dashed now.

Hailing from Labor’s Right faction, Carroll worked as a solicitor for North Melbourne Legal Services and an advisor for former senator Stephen Conroy, former premier Steve Bracks and former MP Justin Madden before entering parliament in 2012 as the member for Niddrie.

He will take responsibility for jobs, precincts and regions under the reshuffle. 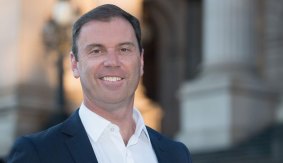 Speaker of the lower house, Brooks – “Brooksie” to his mates – is also a member of the Right faction. He trained as an electrician and worked as an electorate officer and ministerial advisor before entering parliament in 2006 as the MP for Bundoora.

Brooks is seen as a competent speaker, who has an open-door policy to colleagues.

He has been a champion of Aboriginal Change Makers, a teaching resource for Victorian schools, which prompts students to consider Victorian history through the eyes and experiences of Aboriginal peoples. 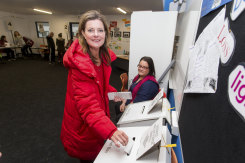 The 53-year-old MP is known as an effective local member, taking Carrum from an ultra-marginal electorate on 0.7 per cent to a safe Labor seat on an 11 per cent swing after preferences in 2018.

Hailing from the Left, Kilkenny was appointed parliamentary secretary for early childhood education in 2018, and cabinet secretary in 2020.

She holds a Master of Laws from the University of Melbourne, and has done legal work for the Australian Children’s Television Foundation and Kimberly Land Council. Before her election she was head of legal disputes at ANZ Banking Group. 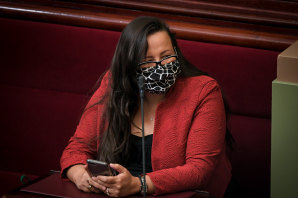 The Member for Eastern Victoria, Shing worked as a lawyer, industrial officer and advisor before entering parliament in the Class of 2014.

Shing, a parliamentary secretary, is a member of the party’s Socialist Left and a close ally of Andrews. Andews has been frustrated by failed attempts in the past to promote her into the ministry. He will be expecting success this time around. 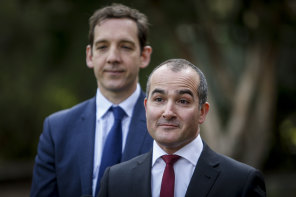 The Member for Oakleigh, also a member of the Right faction and aligned with the National Union of Workers grouping, was a manager at Court Services Victoria and the departments of Justice and Planning and Community Development before entering parliament.

Dimopoulos, 49, is another member of the Class of 2014 and serves as a parliamentary secretary to the premier.

Before entering parliament he was a councillor and mayor of the City of Monash, and worked as a public servant in the departments of Justice and Premier and Cabinet.

In April, he was one of 228 names on a list of people banned from entering Russia for “unfriendly actions” against Putin’s regime. In 2019, he was forced to apologise for using foul language, when he recited in parliament abuse that he, Andrews and Allan had received online, including “f—” and “unwashed c—“. Brooks, as speaker, chastised Dimopoulos for using unparliamentary language. 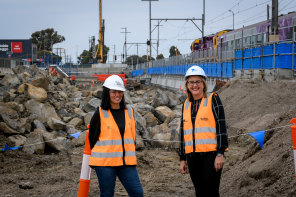 Pascoe Vale MP Lizzie Blandthorn, 44, is a member of the right faction, and destined for the upper house at the election. She’s seen by one colleague as a “lock” for a promotion.

Blandthorn was elected in 2014, after working as chief of staff to James Merlino and a Shop, Distributive and Allied Employees Association (SDA) organiser.

She opposed Victoria’s voluntary assisted dying legislation, which she described as being incompatible with human rights, and was praised by Right to Life as being one of the “good guys” during the debate. She has also spoken out against duck hunting.

She is both goddaughter and former political staffer for Christine Campbell, who also served as MP for Pascoe Vale.

Cut through the noise of federal politics with news, views and expert analysis from Jacqueline Maley. Subscribers can sign up to our weekly Inside Politics newsletter here.