Behind Her Eyes was released earlier this month on Netflix and has been shocking subscribers ever since. The series is based on the best-selling novel written by author Sarah Pinborugh which came out in 2017. So how is the book different from the series? Express.co.uk caught up with Pinborough to discuss the two versions of her story.

WARNING: This article contains spoilers from Behind Her Eyes.

Behind Her Eyes tells the story of married couple David (played by Tom Bateman) and Adele Ferguson (Eve Hewson).

David meets Louise Barnsley (Simona Brown) on a night out where they share a kiss but later it is discovered that he is her new boss.

Louise then meets his wife Adele and they become friends, so the series focuses on their strange love triangle.

However, there is far more than what meets the eye as Adele teaches Louise how to control her dreams. 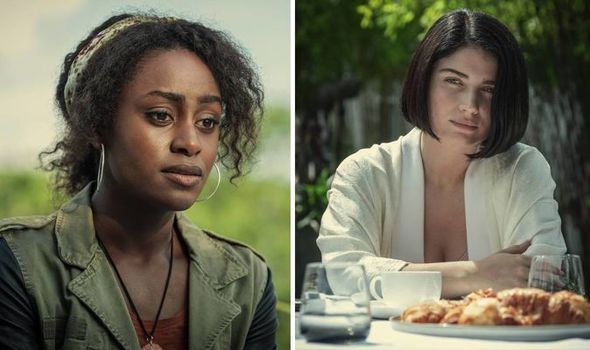 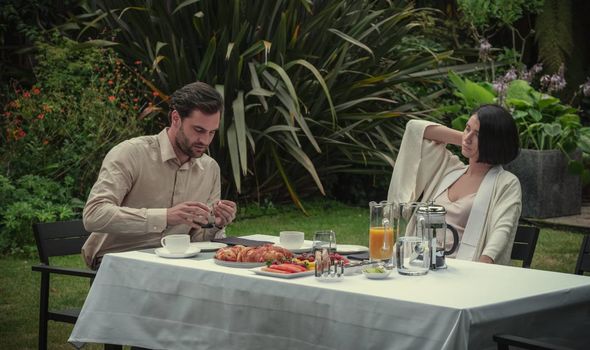 How is Behind Her Eyes the book different from the Netflix series?

While Pinborough is the creator of Behind Her Eyes, she sold the rights for the idea so Netflix could transform it into the series.

This meant writer Steve Lightfoot was put in charge of turning her novel into the thriller.

When asked about the differences between the book and the show, Pinborough said: “Story wise, it’s very, very faithful.

“I mean the book is told in first-person perspective, so it’s a lot of internal monologues which he [writer Steven Lightfoot] has had to externalise.

“So we see a lot of the things they talk about.” 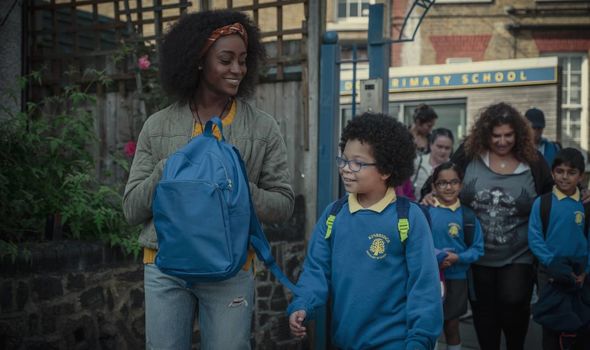 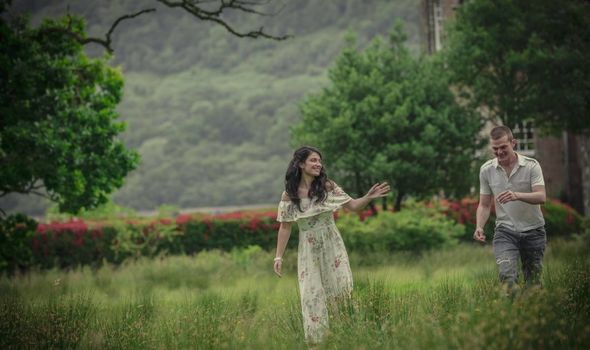 Pinborough continued: “But it’s very close, there are a few bits where they have had to be a bit more obvious about with the clues, because obviously TV is fast but they’re still not obvious.

“I think with the book, it was easier to hide things but they’ve done it really well.”

So in terms of the actual plot, there doesn’t seem to have been many things changed.

But there is a difference in the character of Louise who is portrayed by actress Simona Brown.

Pinborough explained: “My Louise was a little bit overweight, Simona [Brown] is drop-dead gorgeous but what she’s got well is Louise’s ditziness and being a bit uncomfortable in [her own skin].

“And I think actually it’s so much better they’ve cast someone who isn’t dowdy and whatever, because when I wrote the book, I immediately went to women’s normal insecurities.

“‘I want to lose a bit of weight, I want to give up drinking.’, but actually that’s a bit non-feminist these days and had I written it now, I would have given her more interesting insecurities.

“So really the TV show has done that for me.”

Behind Her Eyes stunned audiences with its ending where, through the use of astral projection, Adele was able to swap bodies with Louise.

Adele, now in Louise’s body, then made her former friend overdose, making it look like it was really Adele who had been killed.

But in a shocking twist, it was revealed Adele had actually been murdered a decade prior as she swapped bodies with friend Rob (Robert Aramayo).

He then drugged Adele – now in Rob’s body – and threw her down a well, so he could be with David.

Sadly, the show is a limited series so it doesn’t seem like there is going to be a season two.

Behind Her Eyes is available to watch on Netflix.