The sudden death of Chadwick Boseman at the age of 43 on Friday has rocked Hollywood. The “Black Panther” star passed away after a four-year battle with colon cancer, leaving behind a career of box-office hits and iconic favorites, along with many indelible performances inhabiting legends such as Jackie Robinson in “42” and James Brown in “Get on Up” to the Marvel king T’Challa in “Black Panther.” As tributes from his colleagues and friends pour out, look back at 10 of Boseman’s best roles available to stream now.

Buy it on Amazon

Boseman’s typically even-keeled onscreen presence initially makes for a bit of dissonance in Brian Kirk’s sturdy cop drama — he’s presented early on as an unhinged NYPD officer bent on revenge, not the most natural fit for the star. But as Boseman’s embattled Andre Davis emerges as one of the film’s few trustworthy players, the casting makes more sense. The 2019 actioner set Boseman as a swaggering lone wolf thrust into a twisty robbery mystery (eventually, he teams up with Sienna Miller as an equally inscrutable detective, great casting), and unspools as the kind of midbudget original movie that’s in such short supply at the multiplex. Even in those genre confines, Boseman’s star power shined bright, and while the film didn’t obviously set up for a sequel, it seemed like the kind of outing that Boseman could have turned into another stellar franchise. —KE

The future superstar’s breakout at 36, about baseball legend Jackie Robinson, who broke the sport’s color barrier by signing with the Brooklyn Dodgers in 1947 after decades of segregation in the game, showed his potential. He could play iconic heroes but make them warm, and human, and real. It’s a cruel twist that Boseman lost his life on MLB’s “Jackie Robinson Day,” when all players wear his number: 42. —CB

There’s a reason the creative team behind “Avengers: Endgame” decided the first hero to show up following the reversal of Thanos’ snap would be Boseman’s Black Panther. The actor’s portrayal of the superhero is such a global phenomenon that to bring Black Panther back first was to guarantee a theater-rousing cheer from the audience like no other. Anyone who saw “Avengers: Endgame” in theaters will likely never forget the sensation that erupted out of the audience the minute Black Panther stepped out of one of Doctor Strange’s portals. It’s one of the most powerful moments in the Marvel Cinematic Universe, and it proves Boseman’s star power will never die. —ZS 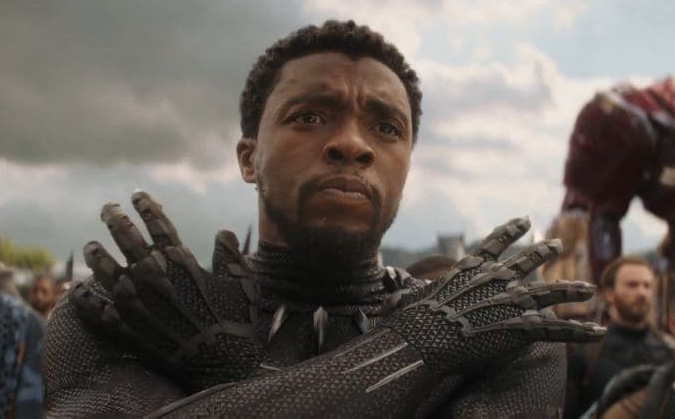 Aside from Tom Holland’s Spider-Man turning to dust while being embraced by Robert Downey Jr.’s Tony Stark, the most devastating moment in “Avengers: Infinity War” is when Boseman’s Black Panther vanishes into thin air after Thanos snaps his fingers. The audible gasps that filled the theater at Boseman’s demise testified to how beloved his character was and how Boseman’s star turn as T’Challa exploded into the pop-culture zeitgeist after the release of “Black Panther.” —ZS

Two years after making his Marvel debut in “Captain America: Civil War,” Boseman stepped into the title role for his standalone “Black Panther” movie. Together with “Fruitvale Station” and “Creed” writer/director Ryan Coogler and an ensemble cast of heavy-hitters like Michael B. Jordan, Lupita Nyong’o, Angela Bassett, and Danai Gurira, Boseman delivered a superhero movie that transcended the Marvel Cinematic Universe to become one of the defining blockbusters of the 21st century. “Black Panther” earned over $700 million in the U.S. and became the first Marvel film to break into the Oscar race with nominations for Best Picture and wins for Best Costume Design, Best Original Score, and Best Costumes. —ZS

Marvel Studios president Kevin Feige announced in October 2014 that Chadwick Boseman would take on the title role in “Black Panther,” a game-changing move for the MCU as its first Black superhero to get a standalone movie. Boseman debuted as T’Challa/Black Panther in “Captain America: Civil War,” and for millions of Marvel fans across the globe, it was love at first sight. For as hectic as Marvel movies can feel with their relentless VFX and overstuffed plot-lines, Boseman brought a calm and noble charisma to his interpretation of T’Challa. —ZS 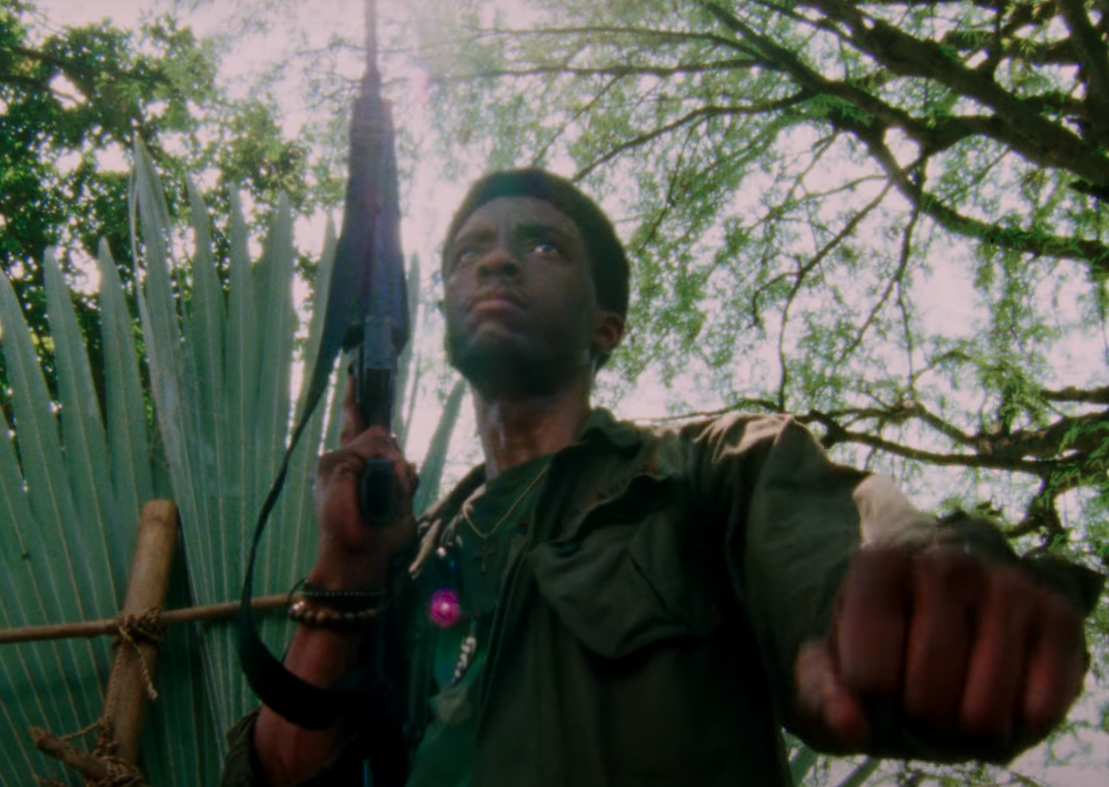 Stream it on Netflix

Chadwick Boseman has short but unforgettable screen time in Spike Lee’s Vietnam War epic “Da 5 Bloods” as “Stormin’” Norman Earl Holloway, but his role is no less impactful, and defines the arc of the entire movie. As leader of the title squad, Norman is killed in an early, harrowing flashback sequence of the film, leaving his peers to fulfill his legacy in search of gold — a treasure Holloway suggested they bury to fund Black Liberation. Boseman’s presence haunts “Da 5 Bloods,” assuring the actor’s brilliant ability to convey an emotional crescendo even when offscreen, and a filmmaker’s irresistible lure to his endless talents. They shadow over every frame of Lee’s blistering, gloves-off movie. —RL

“Vontae Mack no matter what.” Ivan Reitman’s oddly delightful sports dramedy hinges on star Kevin Costner’s hellbent desire to draft Boseman’s Vontae Mack to his Cleveland Browns, an unexpected pick no one else quite understands. What could have been a throwaway role is enlivened by Boseman’s onscreen presence — no one else but Costner’s beleaguered Sonny Weaver, the general manager of the struggling NFL team, seems to get why the hell Vontae is so essential. But anyone watching the film keenly grasps that he and the rising actor who plays him have something essential to offer. While the film has its cheesy moments, nothing with Boseman feels less than vital and true, and when his Vontae reacts to the undeniably thrilling conclusion, good luck holding back the waterworks. —KE 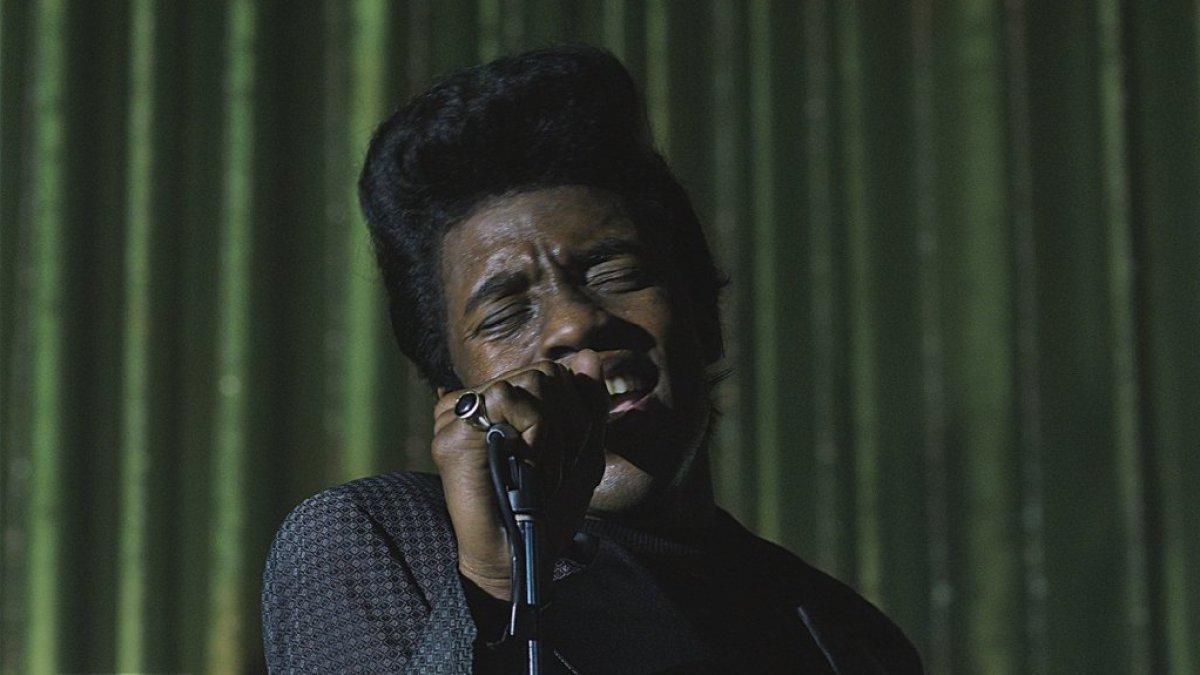 How did Boseman not win the Academy Award for playing James Brown in this? How the hell was he not even nominated for Best Actor? His omission from Oscar consideration, along with several others in the exceptionally strong year for Black talent in front of and behind the camera that was 2014, helped launch the #OscarsSoWhite backlash and the eventual push to diversify the Academy. Boseman could not be more electric as Brown, capturing his passion, energy, and complexity. “Get on Up” is no hagiography, as Boseman thrillingly channels the singer’s more unpleasant attributes as well — in a way that makes one wish more musical biopics could be like this. —CB

“Message from the King”

Stream it on Netflix

Boseman goes full Charles Bronson in this Netflix revenge thriller. He plays a Cape Town resident who gets news his LA-based sister (Sibongile Mlambo) is in trouble with mobsters. A good brother, he flies halfway around the world to her aid, only to find her dead upon his arrival. All that matters to him then is justice, against the baddies — Luke Evans and Alfred Molina — responsible for her death. “Message for the King” showed Boseman could give genre material an emotionally potent edge. —CB