The serial killer terrorised the cobbles for almost five years before falling into the sea during a confrontation with his wife Eileen Grimshaw. 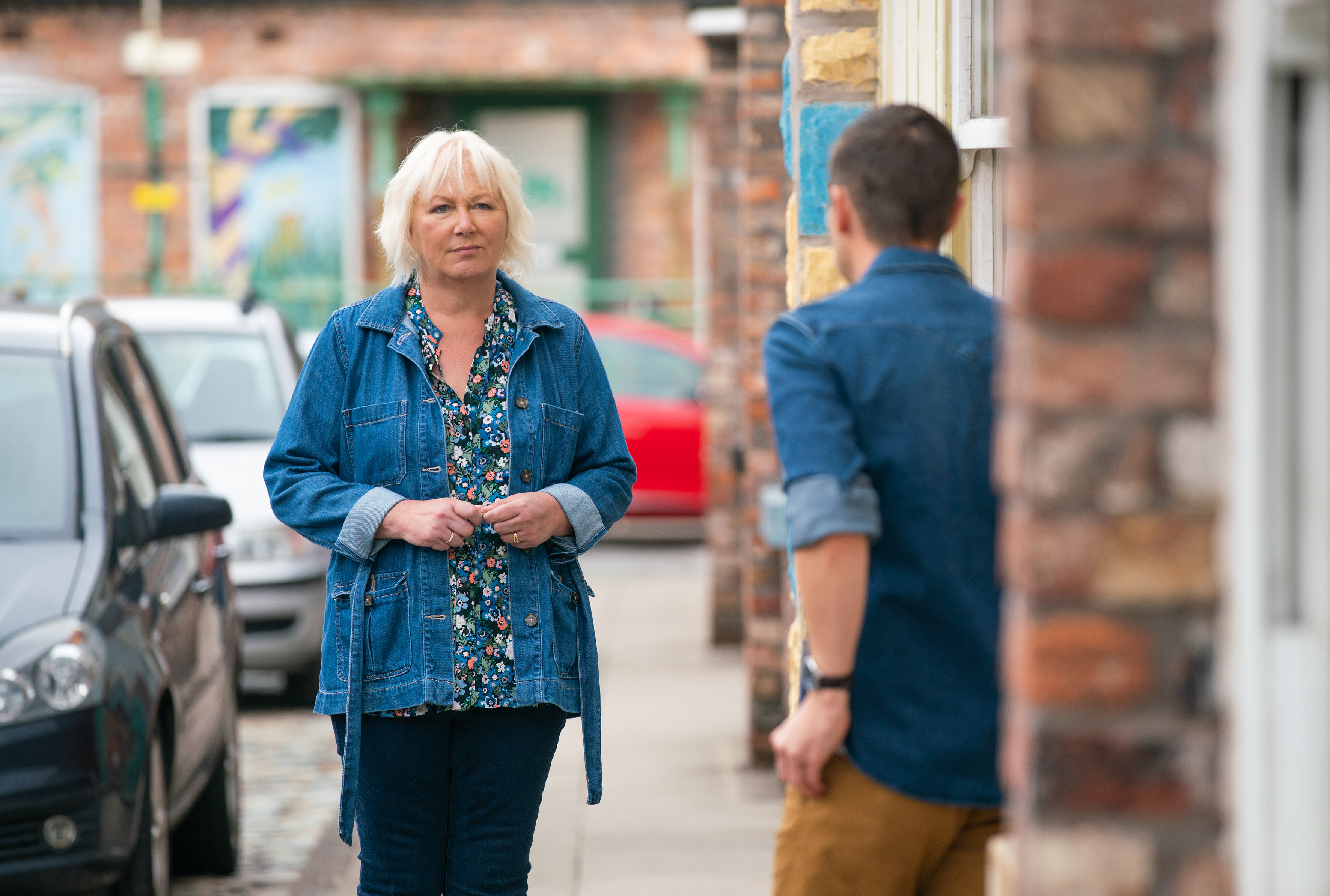 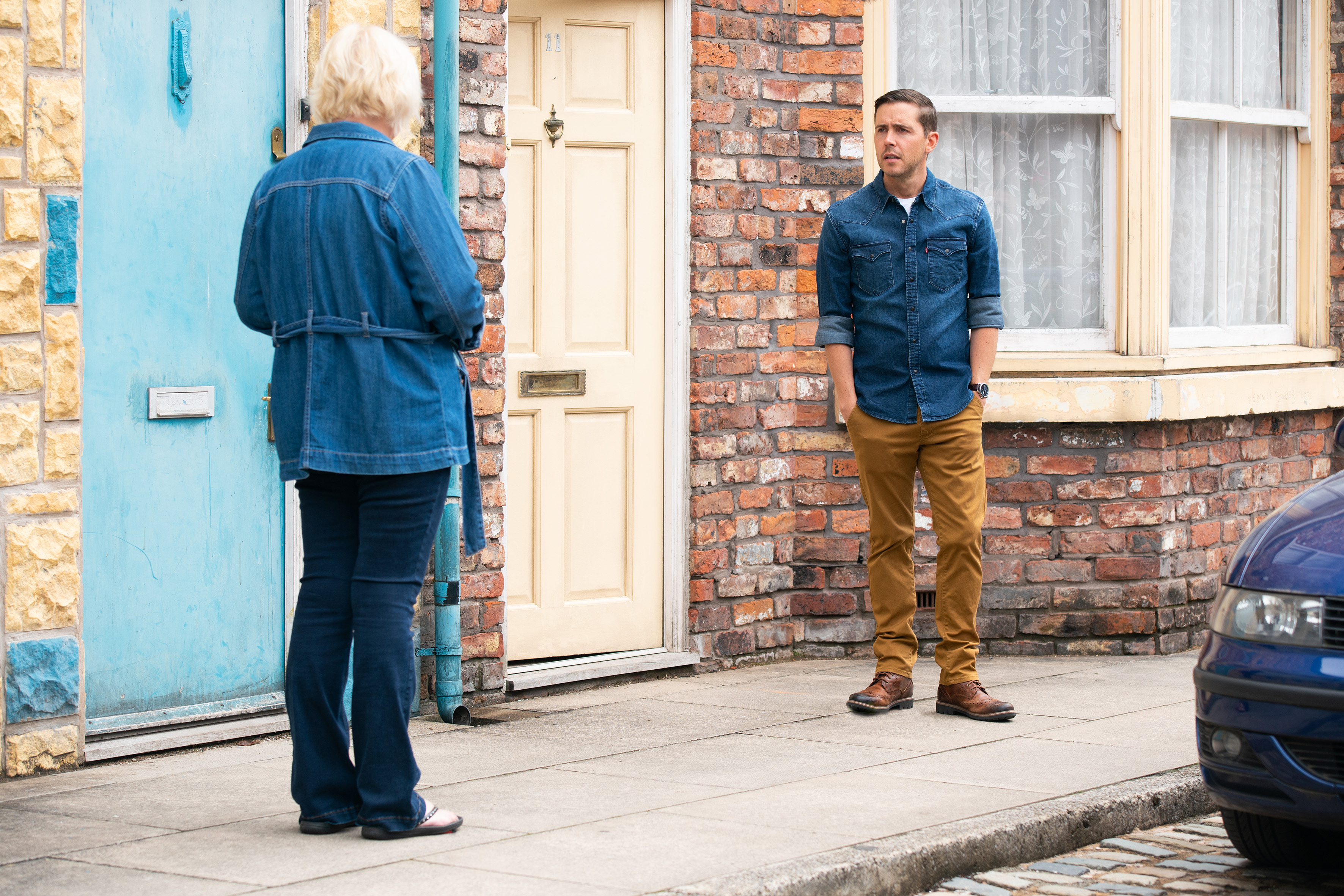 But it became clear that Pat’s reign of terror on the cobbles wasn’t quite over when Todd discovered that George Shuttleworth, his boss at the undertakers, had Pat’s ashes in the basement.

Todd ended up running away with the ashes but disaster struck when he tripped up and sent them flying everywhere.

Eileen arrived to witness the fall and Todd was forced to lie, telling her that the ashes belong to an old lady named Patsy Freeman, who has no living relatives.

In a twisted turn of events, Eileen insisted on giving Patsy a send-off as Todd hid his guilt.

Next week’s episodes of Corrie will see Eileen read the eulogy she’s written for Patsy.

George feels terrible and reveals that the ashes actually belong to Pat.

Eileen rushes out, telling Todd to keep away from her.

Later, George apologises again and asks EIleen how she’s like to dispose of the ashes

Eileen forgives him but will she give their relationship another go

Corrie fans were left in stitches when Todd burst from the basement with Pat’s ashes.

He quickly changes his tune when he spots Eileen – and claims he saw a huge spider in the basement.

After finally getting rid of Eileen, Todd shoves the ashes in front of George and demands to know what’s going on.

Particularly ones that used to be married to my mum!

“Why have you got Pat Phelan’s ashes?” 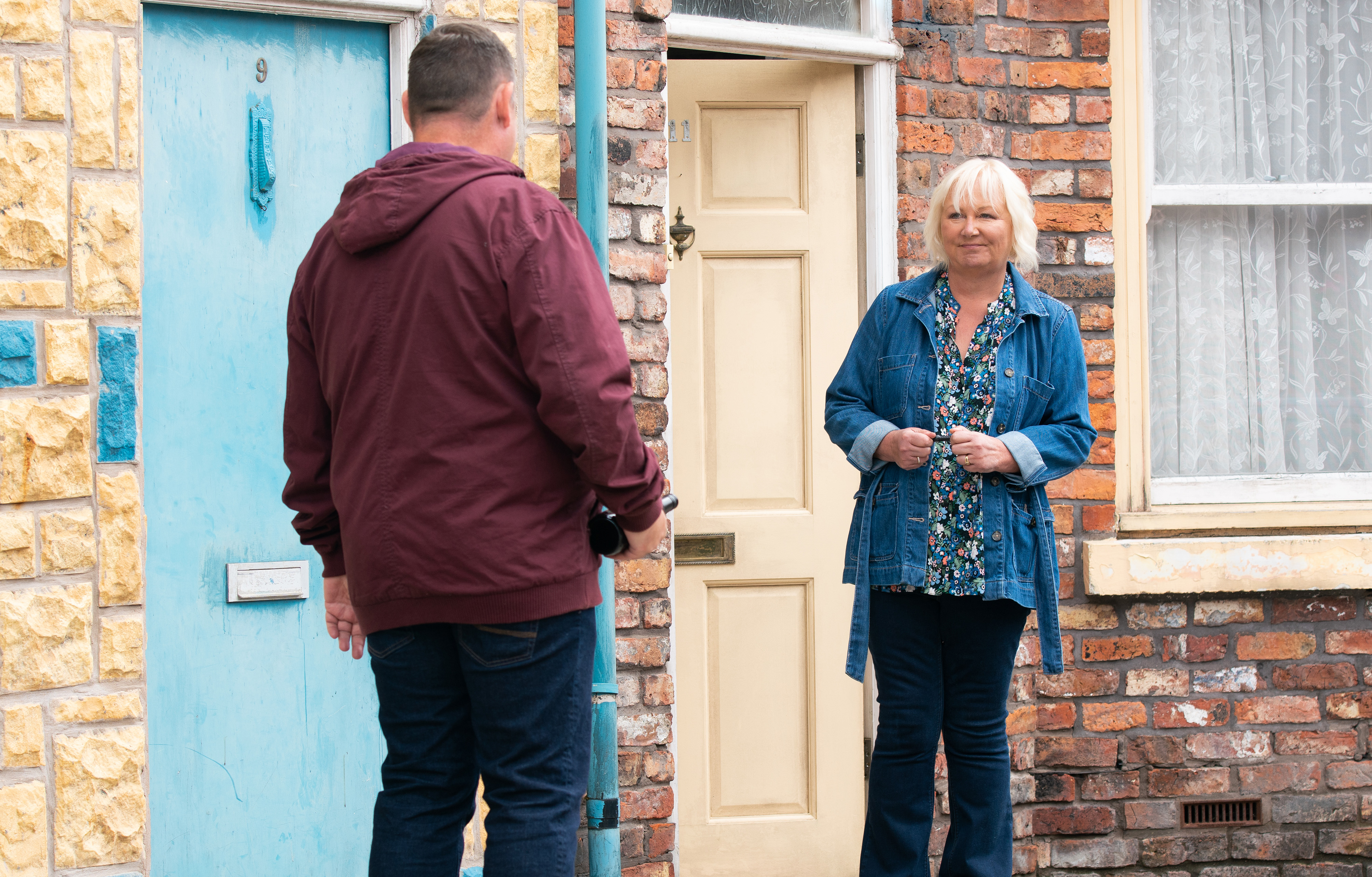