Emmerdale viewers saw Marlon Dingle (played by Mark Charnock) left furious this evening when Ellis Chapman (Aaron Anthony) announced his dad Al (Michael Wilding) would be moving in during the lockdown period. The pair’s ongoing feud gradually began to repair itself but it was hinted Al may find trouble elsewhere as he started to open up about his difficult childhood – but will this lead to a shock new arrival in the village if he starts to delve into his past?

It wasn’t long before he caused drama after he rekindled his romance with ex-wife Jessie Dingle (Sandra Marvin) in secret shortly after her marriage to Marlon.

The duo’s affair was rumbled by Mandy Dingle (Lisa Riley) upon her return to the village and she soon revealed all to a heartbroken Marlon.

Jessie subsequently left the village after being offered a new job in Dubai but Al made it clear he was going nowhere. 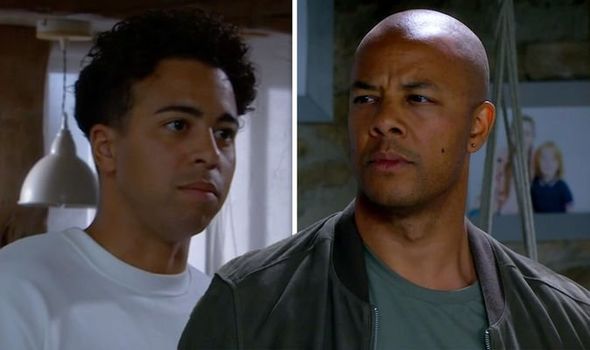 After ruining Marlon’s shot at love, Al became embroiled in a new rivalry with the Dales’ fan-favourite, which continued into this year.

Marlon was left livid back in March after Al failed to prove his innocence after the murder of Graham Foster (Andrew Scarborough), despite the latter knowing he had no part to play.

The pair’s bad blood showed no signs of going away but they were forced into tolerating each other tonight after Ellis revealed Al was coming to stay.

In the last of the ITV soap’s six special lockdown episodes, Marlon, Al and Ellis were seen navigating the challenges of living together. 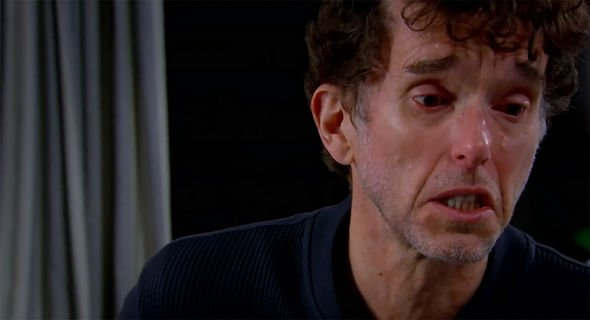 As Al began to soften during his time with Ellis and Marlon, his son started quizzing him on his childhood, which left the hard man uncharacteristically emotional.

Al had pleaded with Marlon not to “take Ellis” away from him as he started to let his guard down and show a more vulnerable side.

Ellis later asked him: “What were you like as a kid?,” with Al admitting: “Lonely… aren’t all kids at times?”

However, Ellis started to delve deeper, wondering why Al had never wanted to speak about his parents, asking whether they had passed away.

Ellis said to his dad: “You never mentioned… it was implicit we never talked about you or your parents.”

Marlon interrupted proceedings in the middle of the pair’s deep chat and Ellis asked Al: “Were you an orphan?”

His dad admitted: “I was. A nice white couple adopted me but at 10-years-old I wasn’t cute anymore, I was just an angry black kid, so they put me in care. Never saw me again.”

Al was clearly affected by the discussion, telling Ellis: “I was always on the outside looking in, it’s what made me cold and you needy. I’m sorry if I let you down, son.”

Now, could Al end up embarking on a mission to discover more about his own past with the help of Ellis or newfound friend, Marlon?

Perhaps, the recent revelation is a sign Al’s foster parents may try tracking him down years later or there may be more secrets to come out about his late parents.

Will the businessman end up rocked if a face from his childhood emerges in the Dales as he desperately looks to get answers?

Emmerdale airs Mondays and Wednesdays at 7pm on ITV.