The Crown star Olivia Colman broke everyone’s hearts at the star-studded event as she paid tribute to her late father during the Emmys 2021.

Olivia, who took over from Claire Foy as Queen Elizabeth II, was in disbelief as she accepted the award for best drama actress, immediately choking up.

‘I’d have put money on that not happening! I don’t know what to say, thank you very much, this is amazing,’ she said. ‘And what an extraordinary end to this lovely family. I loved every second of it and I can’t wait to see what happens next.’

Breaking down in tears, the 47-year-old added: ‘I’m going to be very quick as I’m very teary.

‘I wish my dad was here to see this. I lost my daddy during Covid, and he would have loved all of this.’

She ended her speech by shouting out Michaela Coel, who dedicated her win for I May Destroy You to sexual assault survivors with an incredibly powerful speech. 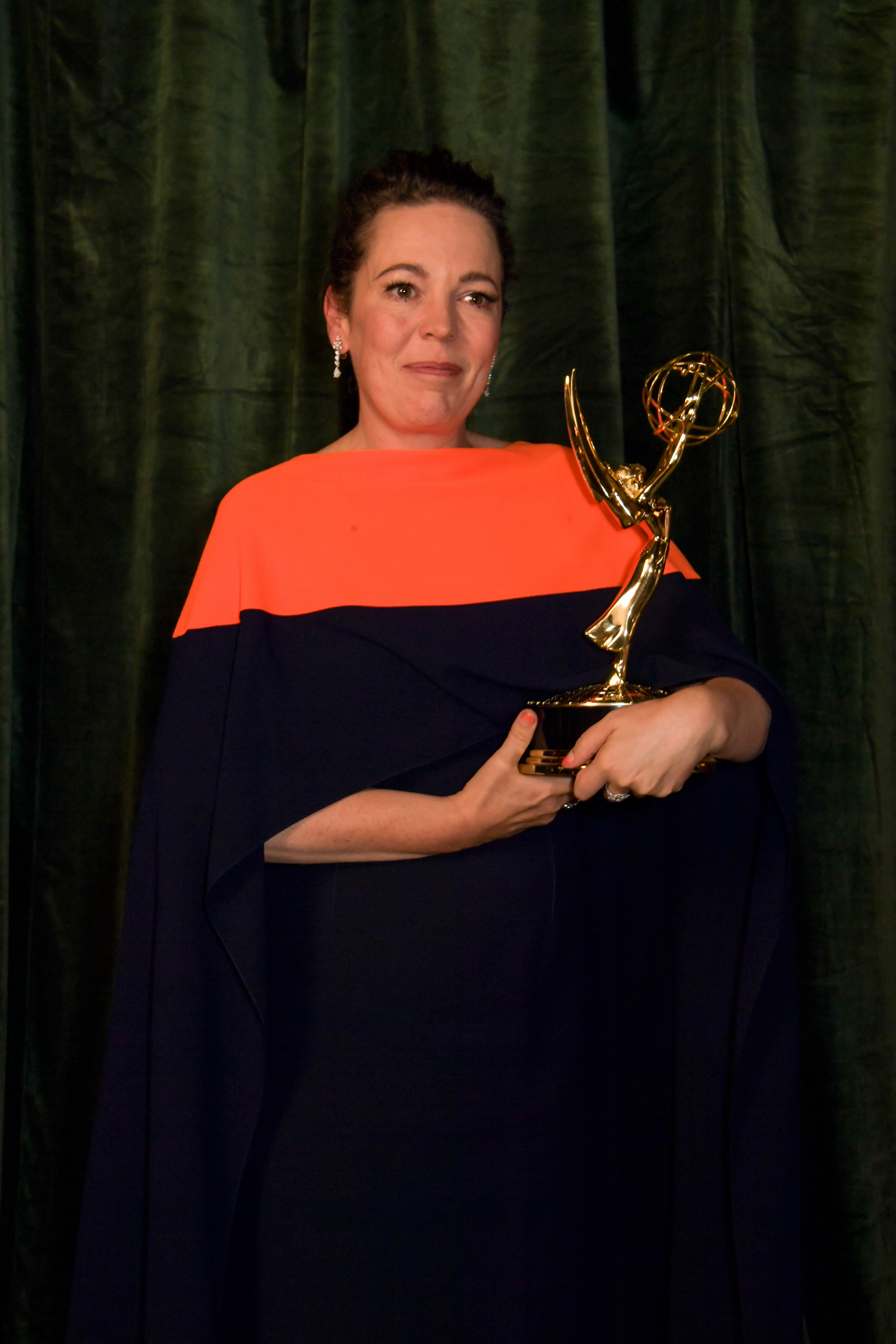 Olivia continued a huge night for The Crown, with the award for writing going to Peter Morgan, and Jessica Hobbs picking up the directing gong.

Hosted by comedian and actor Cedric the Entertainer, this year’s Emmys saw streaming services such as Netflix and Apple TV enjoyed huge success as they walked away with the majority of the top gongs.

Ted Lasso enjoyed the first two wins of the night with stars Hannah Waddingham and Brett Goldstein beating competition from some of their own co-stars to bag the win.

In one of the night’s least surprising moments, Jason Sudeikis won outstanding lead actor in a comedy series.

Meanwhile, Kate Winslet triumphed in one of the night’s most competitive categories – outstanding lead actress in a limited or anthology series or movie.

The Crown is expected to return to screens in 2022, with Imelda Staunton taking on the lead role of the Queen.

The Crown is available to stream on Netflix.