Megan Thee Stallion is one of the biggest rappers of 2021. The artist became famous in 2019 with her phrase “Hot Girl Summer” and songs such as “Big Ole Freak.” Since then, she’s collaborated with Beyoncé, Nicki Minaj, and Cardi B. However, some of Meg’s biggest fans might not have noticed her cameo on NBC’s Good Girls. 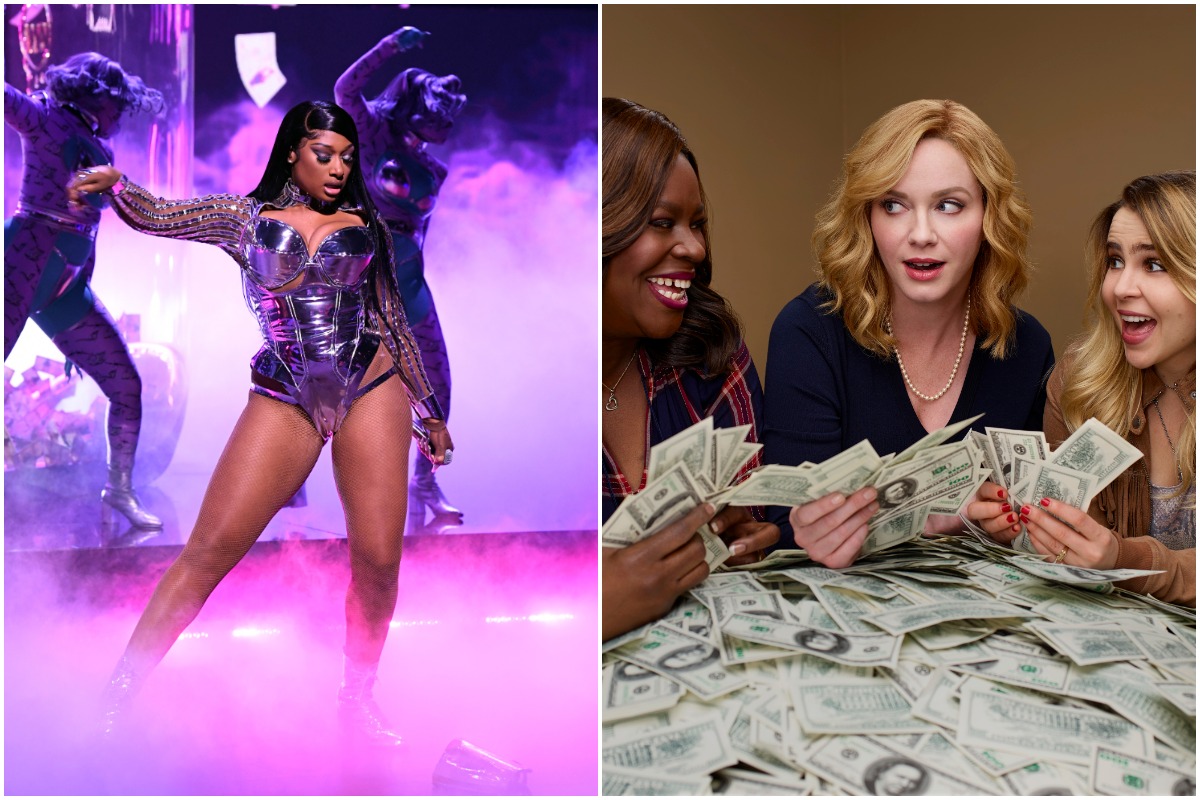 Although Megan got her big break in 2019, the 26-year-old performer isn’t a stranger to the music industry. Her mother, Holly Thomas, was a rapper and involved herself in the Houston music scene. As Megan grew up, she watched her mom perform at events and decided to try creating raps. Eventually, she juggled being a college student with making her dreams of stardom come true.

After signing with 1501 Certified Entertainment, Megan’s career took off. She grew a solid fan base on social media and caught the attention of celebrities such as Jay-Z and Beyoncé. In 2019, she inked a management deal with RocNation. That same year, her song with Nicki Minaj, “Hot Girl Summer,” went gold.

In Jan. 2020, Megan shared with the Good Girls aftershow that she would appear in the third season. The dark comedy stars Christina Hendricks, Retta, Mae Whitman, and Manny Montana.

What episode of ‘Good Girls’ is Megan Thee Stallion on in season 3?

On the show, Megan played a stripper named Onyx. Ruby’s (Retta) husband, Stan (Reno Wilson), works security at her club. In the aftershow clip, the “WAP” performer said her character causes chaos at the workplace.

“[Onyx is] super sassy, and she’s a little rule-breaker,” Megan declared.”She’s doing things she has no business doing.”

Megan appeared on Good Girls Season 3, Episode 8. In the episode titled “Nana,” the rapper mainly interacts with Wilson’s character. During a separate interview with Variety, Retta said it was her TV husband who told her Megan was on the Good Girls set.

“I didn’t have any scenes with her,” she admitted of Megan. “It was Reno [Wilson] who told me that she was in the episode. I wasn’t on set… and all I knew was the ‘Hot Girl Summer’ [song]. So, I was like, ‘Oh, OK guess it’ll be a hot girl season on Good Girls.’”

Is Megan’s episode on Netflix?

Megan’s hotties can watch her as Onyx if they missed her acting debut. All three seasons of Good Girls are currently on Netflix. After suspending production on season 3 due to COVID-19, the series returned for season 4 in March 2021.

In the current season, Beth, Ruby, and Annie (Whitman) attempt to take down their crime boss, Rio (Montana). However, showrunner Jenna Bans teased that the relationship between Beth and Rio will amplify in Good Girls Season 4. Fellow showrunner Bill Krebs also said there’s potential for more of Rio and Beth’s “love story.”

“That’s kind of the basis of Season 4 and in terms of the love story,” he said.  “A lot of the fans and the audience are high on Rio, and they also want to know what makes Rio tick and what makes him this sort of dark, brooding awesome dude who gets out of everything.”