WITH 8 Mile and Sin City under her belt, in the noughties Brittany Murphy was one of the most in-demand celebrities.

But in the run up to her tragic death in 2009, Brittany's carefully crafted career was starting to unravel. 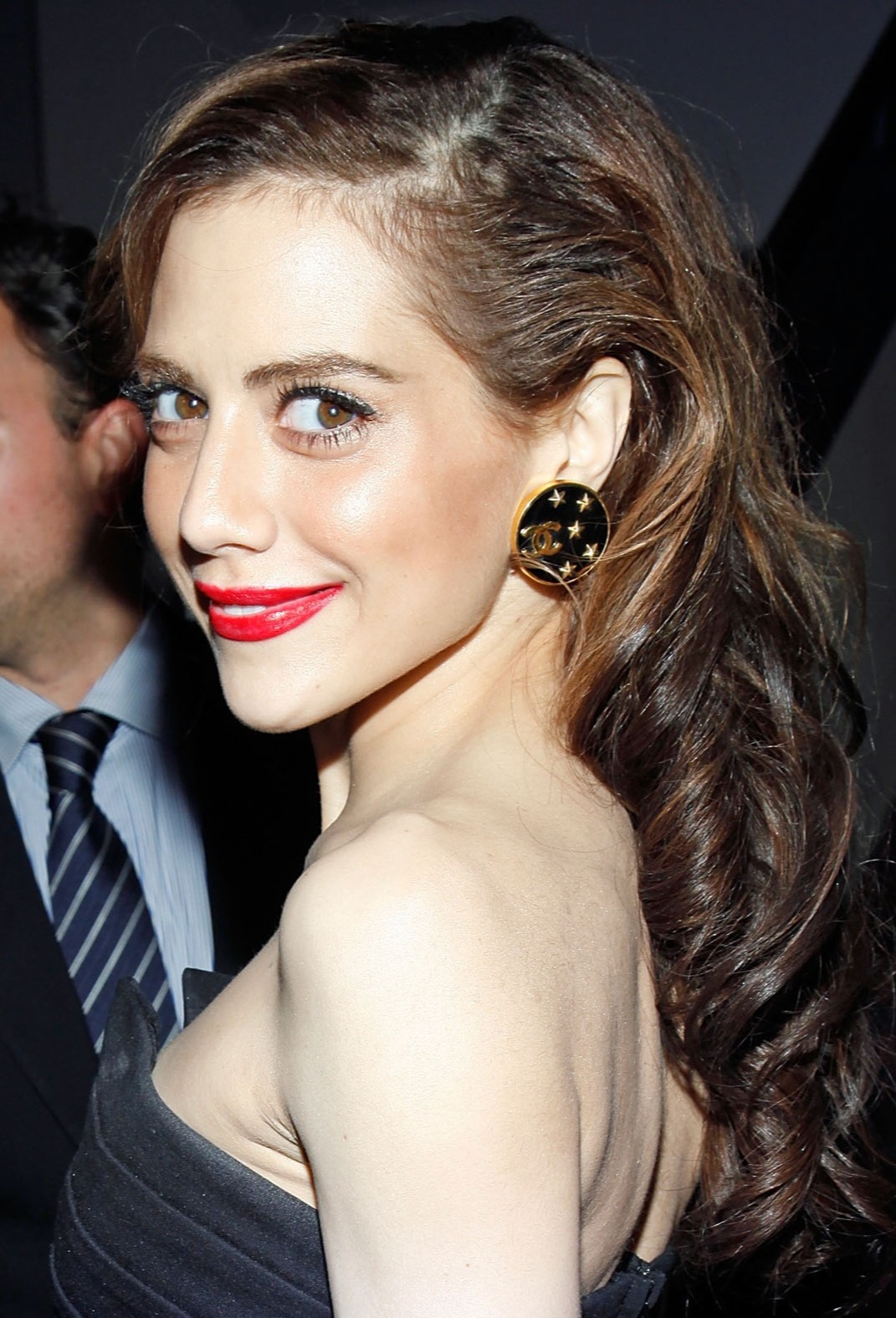 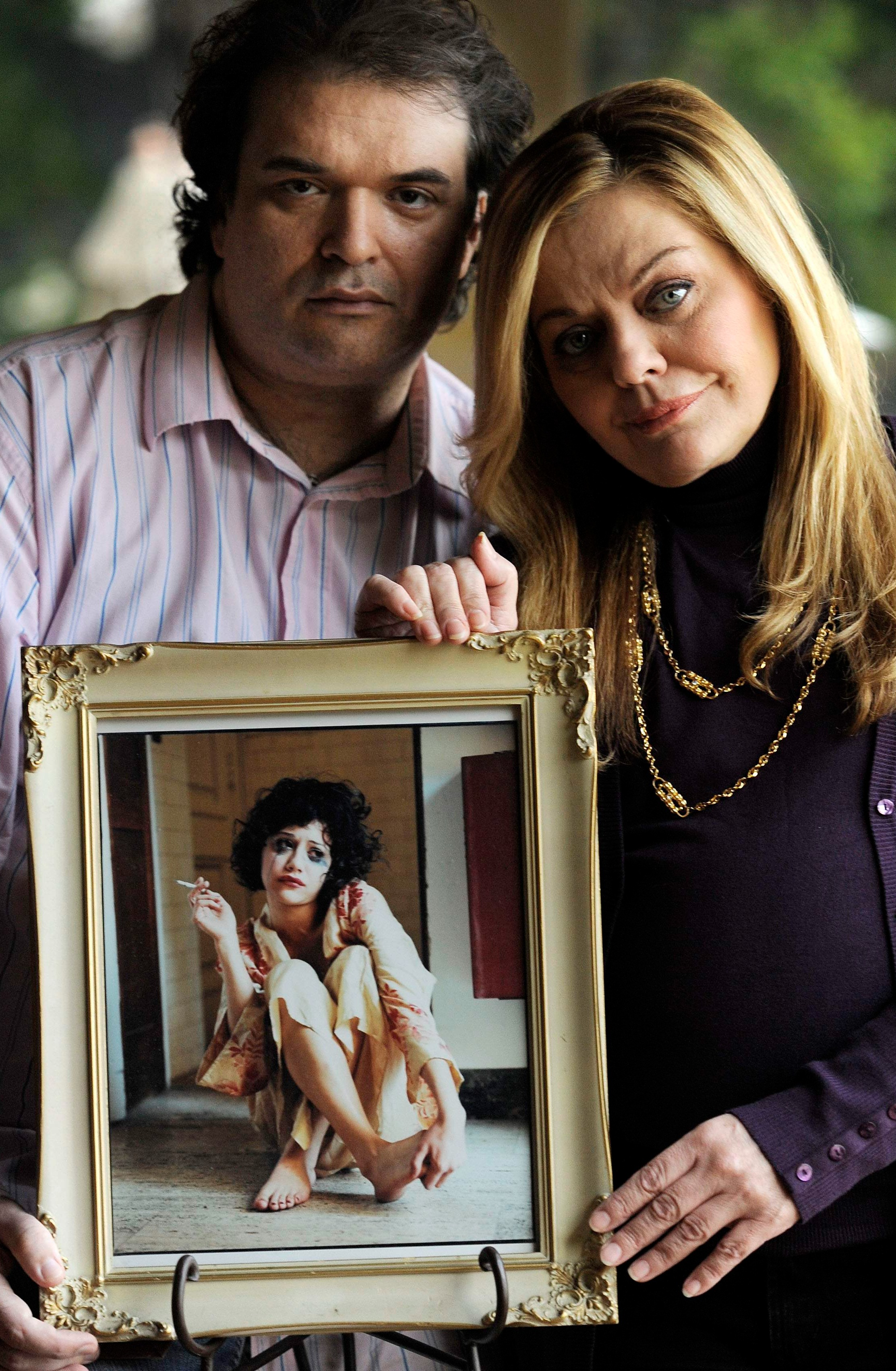 She had been devastated after she was dropped from the sequel to kids’ movie Happy Feet allegedly over drug use accusations.

Months before she died in Los Angeles her character was axed from Jason Statham film The Expendables and Disney dropped her from the 2008 Tinker Bell film.

Her husband British screenwriter Simon Monjack – who died five months after from the same causes – was convinced Brittany wouldn’t have died if she had stayed in her hometown.

He said: “The nature of this town is exploitative

“Brittany would be alive today if she was a housewife in Edison, N.J or a successful person in another business.”

The actress – who first made her name in 1995 film Clueless – was rushed to hospital in December 2009 where she passed away.

Now a new documentary What Happened Brittany Murphy? on HBO claims to shed new light on the 32-year-old actress’s sudden and tragic death.

Brittany was found to have died of natural causes but the days and weeks leading up to her death showed a life in disarray.

Although she was worth £7.34million at her time of death and living in a Los Angeles mansion with her husband and mum, Brittany was allegedly surrounded by filth.

Author of the Brittany Murphy Files, Bryn Curt James wrote that where she died, she was surrounded by a "mountain of clothes, make-up, perfumes, an oxygen machine and medical supplies…It was a ready-made drug store.

"The large bed was stained and the sheets twisted and drenched in sweat.

"Flanking each side of the bed were nightstands covered in…half-drunk bottles of water, prescription medication bottles, some open and some empty, and used tissues."

'She absolutely hated the house' 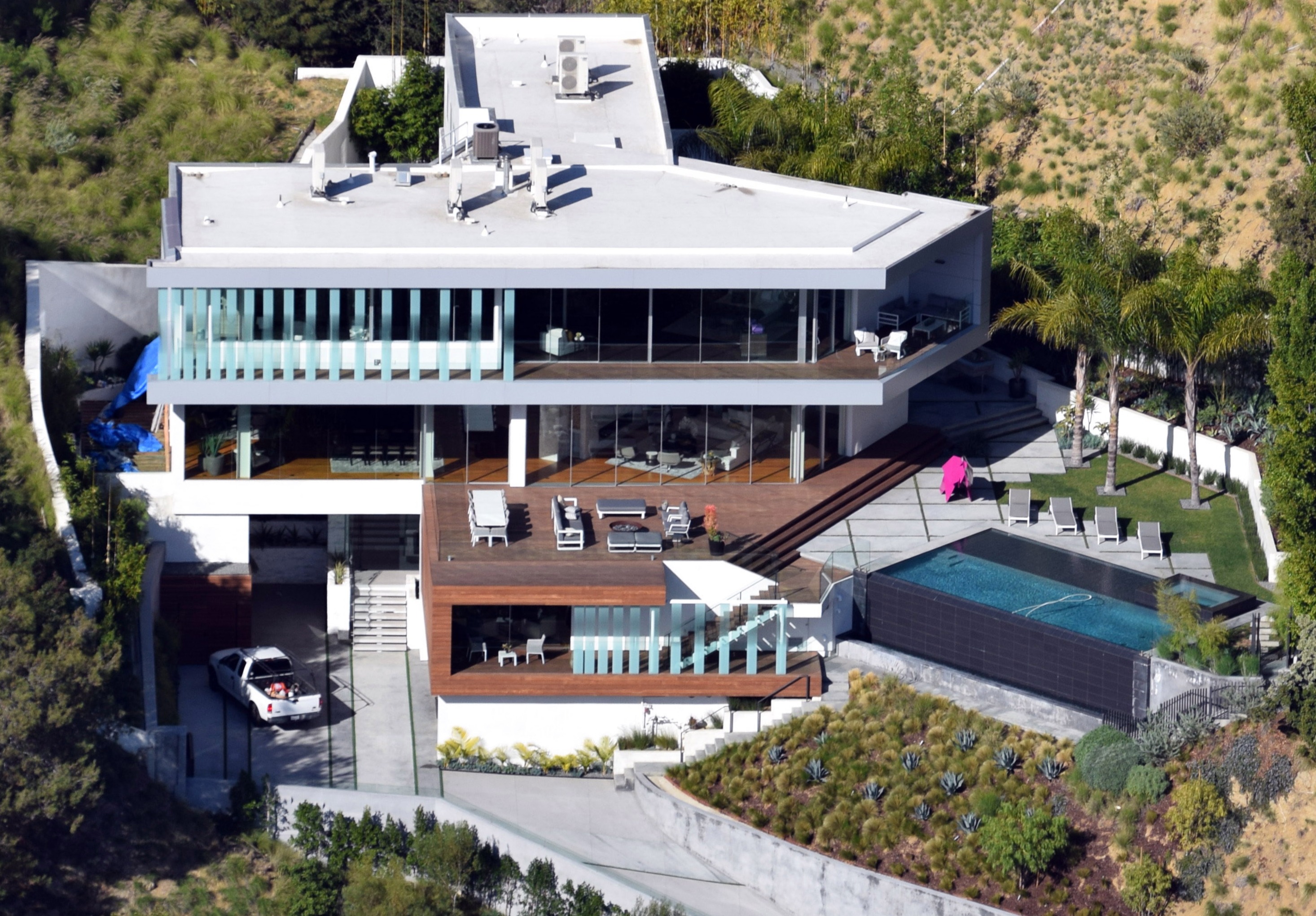 The house – once owned by Britney Spears – was prone to power cuts which saw the three relatives scurry around holding flashlights.

Simon told The Hollywood Reporter before his death in 2010: “She absolutely hated the Rising Glen house.

“Every time we would drive up Sunset, Brit would say, ‘Please, can we stay at the Beverly Hills Hotel?’

When she died she had been planning to move to New York with Simon and try for a baby.

In the run up to her death, Brittany was living with her mother Sharon and husband Simon – who both were struggling with ill health.

Brittany’s own health was suffering – she was anemic, had a heart murmur and suffered from chronic pain in her jaw from a 1995 car accident.

When she died she was taking antidepressants, antibiotics,  migraine pills, cough medicine and beta blockers.

Brittany cared for Sharon who was recovering from breast cancer, while husband Simon suffered from seizures after falling off a ladder, asthma and sleep apnea.

He had suffered a mild heart attack on a flight back from Puerto Rico weeks before her death.

Brittany had been fired from film The Caller on the first day on set in San Juan – reportedly due to Simon’s behaviour.

Producers later told how Brittany's departure was mutual after Simon's lawyer was in touch.

The new documentary lays a huge amount of blame for her death on Simon, claiming that he controlled every part of her life and had a sick taste in women who looked anorexic.

The screenwriter had already been nicknamed 'Con-jack' – claiming that he had written 2006 Sienna Miller film, Factory Girl.

Director George Hickenlooper said: "Simon Monjack had nothing to do with Factory Girl.

"He filed a frivolous lawsuit against us. . . making bogus claims that we had stolen his script.

"He held us literally to hostage and we were forced to settle with him as he held our production over a barrel."

While what happened in Puerto Rico is still unknown, it's established Brittany, Simon and Sharon decided to spend a week in the country.

During the trip both Sharon and Simon picked up a cold – a virus called Staphylococcus. 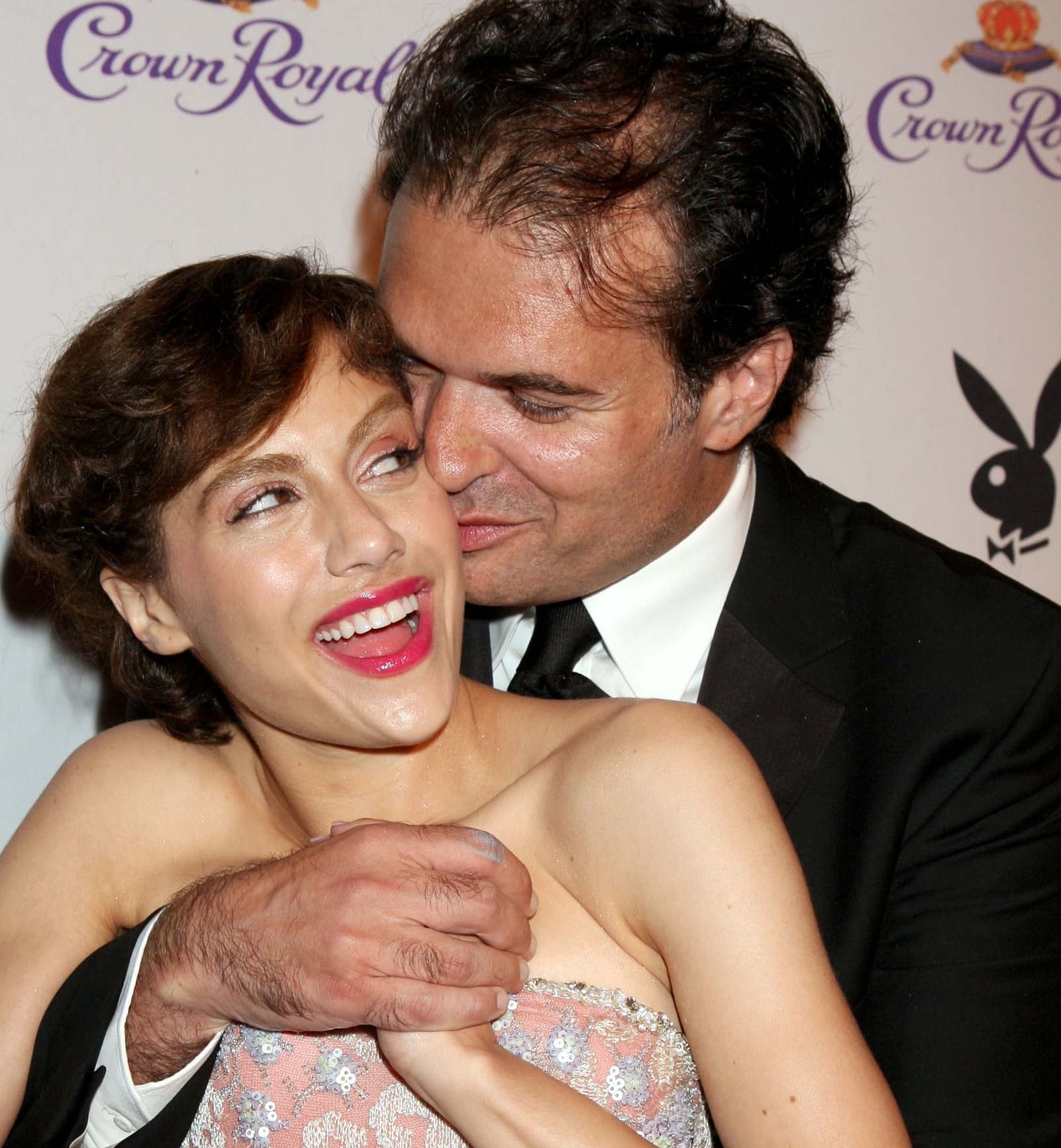 When they returned Brittany also caught the bug which then turned into laryngitis.

Then she began to suffer from flu-like symptoms but for unknown reasons did not see a doctor about her deteriorating health.

In the six weeks before she died she had a telephone appointment and, using the false name Lola Manilow, she saw a pharmacist.

On the morning she died, Brittany’s mother Sharon found her lying on their patio struggling to breathe.

According to Sharon she said: “I’m dying. I’m going to die. Mommy, I love you.”

Sharon – who was used to Brittany being dramatic about illnesses – allegedly shrugged her illness off and gave her tea.

But Sharon fiercely denied this: “For anyone to even fathom that I would just sit and watch my only beloved daughter die and not get help instantly is beyond my way of thinking and despicable."

At 8am, Brittany collapsed and was taken to Cedars-Sinai Medical Center by ambulance – but doctors were unable to save her

The coroner who conducted her autopsy said her death was down to anemia, pneumonia mixed with the medications she was on.

“Murphy was planning on seeing a doctor, but she unfortunately passed away before she did.

“This was a case of a person with pneumonia who was anemic and was taking medication when she should’ve been getting medical treatment.”

But husband Simon insisted he had been taking care of the star.

He told People: “I had no idea she had pneumonia. I took very good care of my wife, she was on an antibiotic and she was taking cough medicine and doing all the right things.”

Following her death conspiracy theories arose about what had actually happened to the seemingly healthy star.

Theories took hold after her husband died from the same causes – pneumonia and anemia – five months after she passed.

One theory was that toxic mould had been present in her LA mansion – where Simon continued to live with Brittany's mother after the actress' death.

And mum Sharon agreed: “One cause we now know may have been toxic mould that was eventually discovered in that house – which may have been what really killed her.”

But the coroner said: “There were no indicators that it was from mould."

The documentary found that Simon had drained Brittany's bank account of $3m in just three years.

In 2013, Brittany’s estranged father Angelo Bertolotti claimed on Good Morning America his daughter had been murdered.

He said: “I have a feeling that there was definitely a murder situation here. Yeah, it’s poison.”

Family friend Julia David added: “Our theory is that [Murphy and her husband] were poisoned. But the rest investigators should look into and determine.”

She wrote in an open letter: “Angelo has shown he only wants to trade on Brittany’s life, career and good reputation — even at the cost of putting a cloud over her memory.”

Just 17 days before an extremely thin Brittany appeared thin and drawn at a pop up shop – it was her last ever public appearance.

She said: “As far as having a New Year's resolution, I'd love to have a child next year.

"I've been very blessed to have a really great loving husband.

"I spend more time with my family than anyone else in the world." 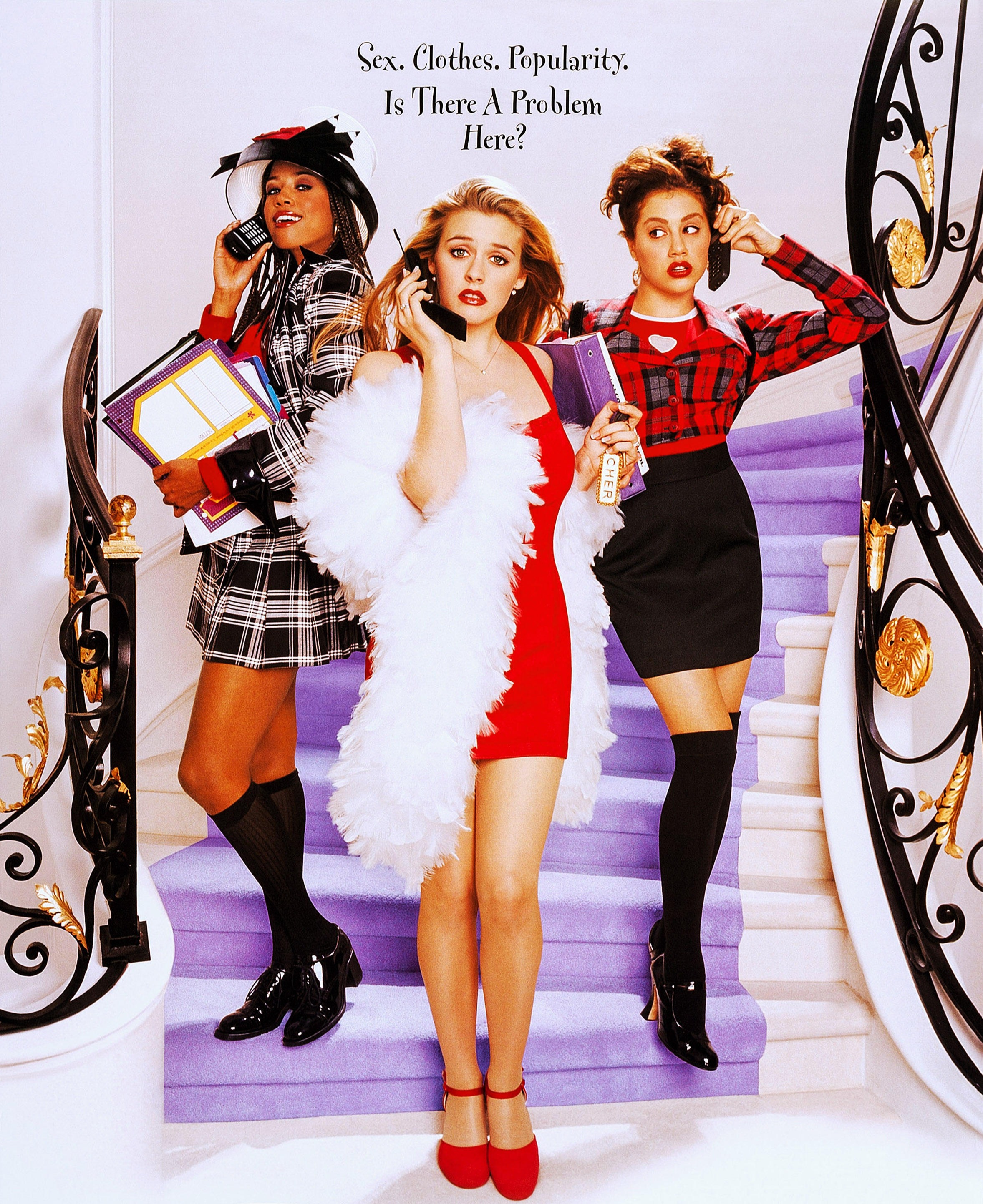 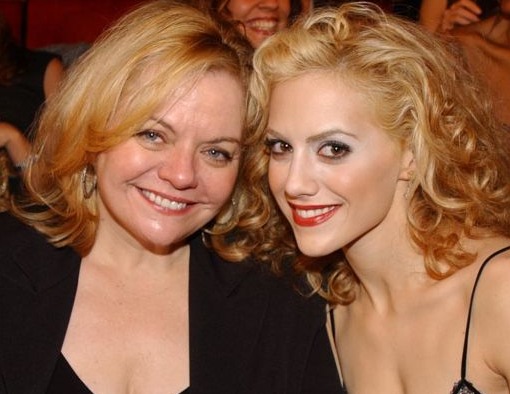