JACQUELINE Jossa has given fans a tour of the amazing £1million home she shares with husband Dan Osborne and their kids.

In an access-all-areas video posted on her Instagram page she even showed off the finished Queen Vic bar in their garden. 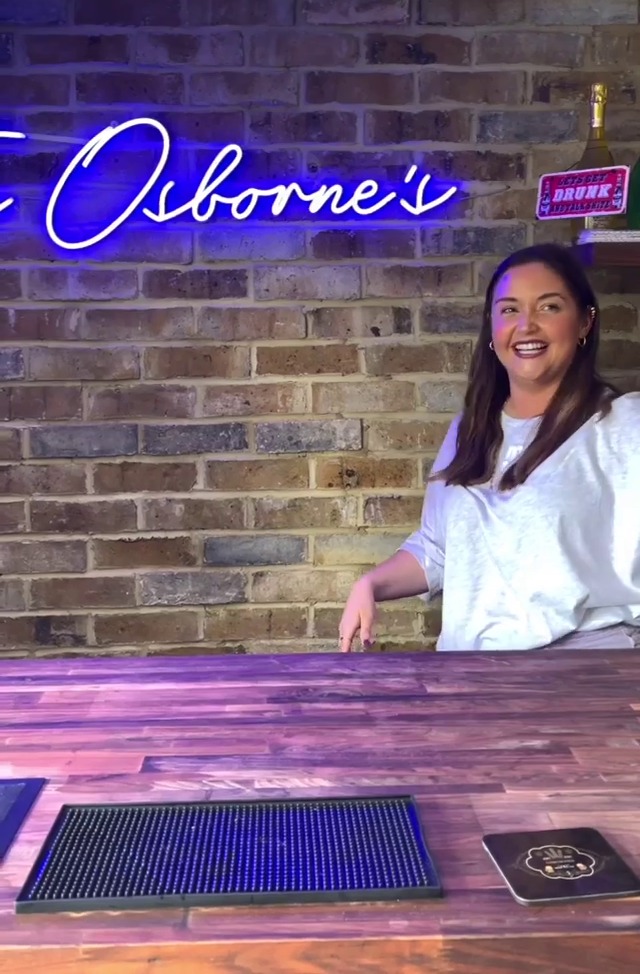 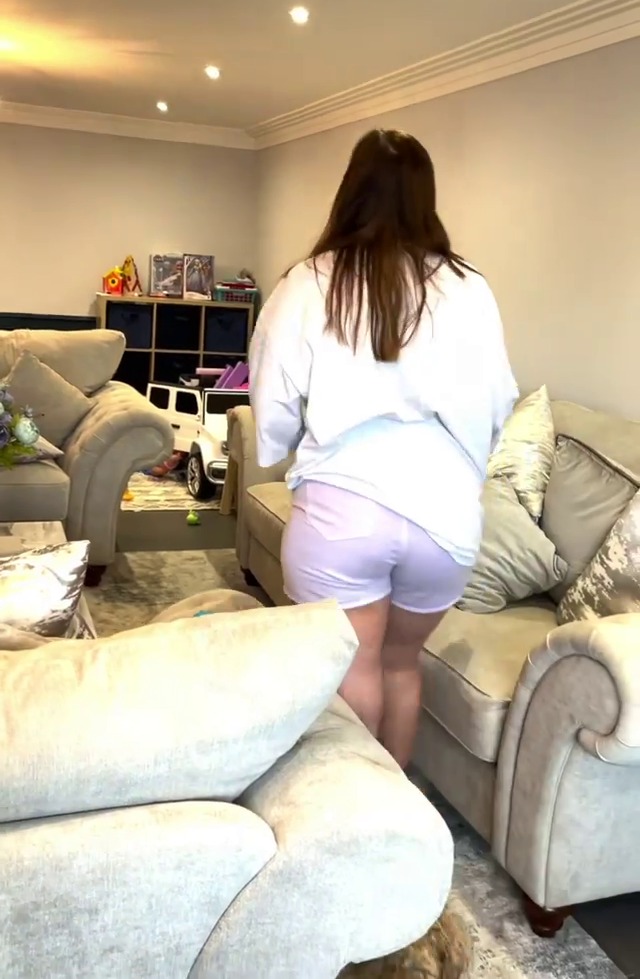 However, some spotted the grammatical error in the large neon sign that read "The Osborne's" on the wall.

As grammar pedants know, there's no need for an apostrophe before the S – though the sign does look sensational.

Jacqueline popped up from behind the bar, which has a Queen Vic bust at the end just like in EastEnders, the soap where she played Lauren Branning.

She started the tour, a promo for pasta brand Rana, in the manner of MTV's Cribs – telling fans: "Excuse me, you're late, what time do you call this? Come on in."

She then threw her arms out in front of a hallway filled with drying washing saying: "Don't look at the mess, don't start there. In there please."

With the action averted to the family's lounge she said: "This room was meant to be a really delicate living room.

"No telly, no iPads, just a really chilled room that has basically turned into the kids playroom."

She was later filmed kicking back in a cosy cinema-style chair with a dog in her lap, saying: "Ah you found me."

And then, in the bright kitchen she added: "This is really where the family all just chill and spend all of our time together."

Jac then showed how easy it was to make a microwaved Rana pasta meal before tucking in saying: "It tastes like a homemade cooked meal."

She and Dan, who share daughters Ella and Mia, picked up the keys to their 'forever home' in March and unveiled the home's modern makeover on their dedicated house Instagram account. 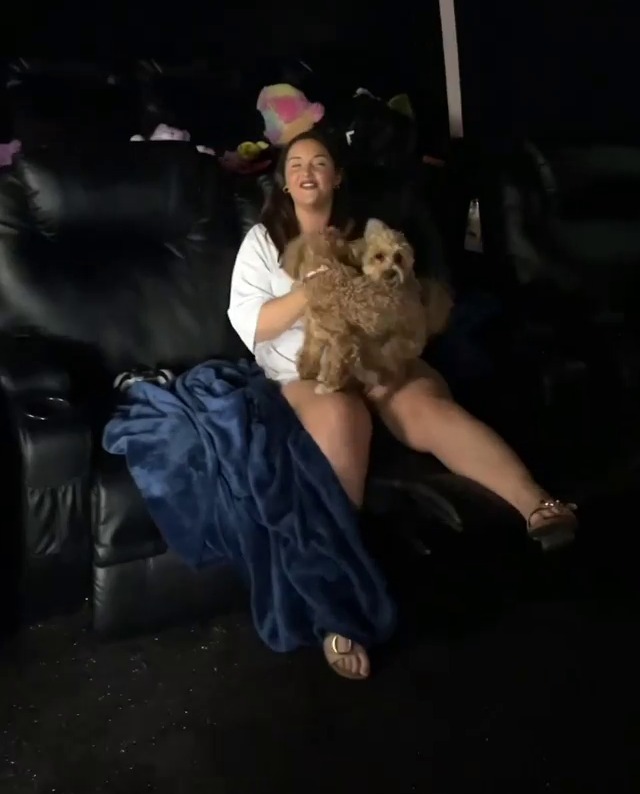 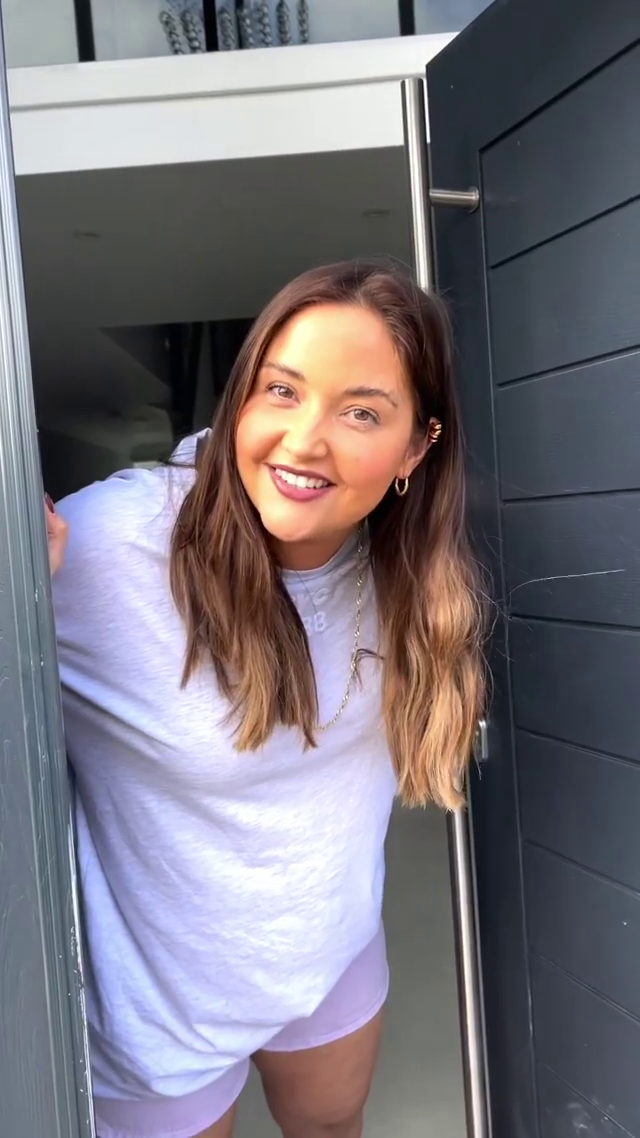 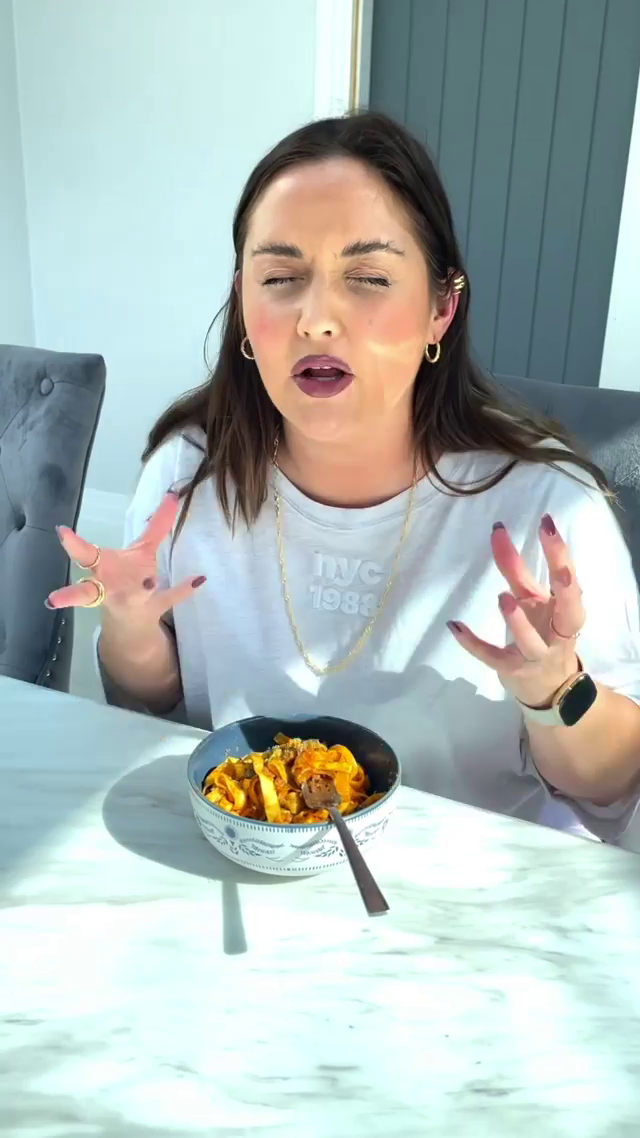