Howe was the trusted confidante and social secretary of Betty Ford, who will be played by Michelle Pfeiffer 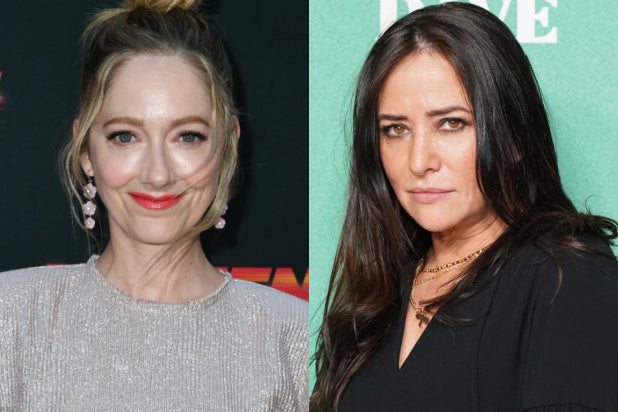 Showtime’s upcoming anthology “The First Lady” has recast the role of Nancy Howe, with Judy Greer replacing Pamela Adlon, who had to leave the production due to a scheduling conflict.

Howe was the trusted confidante and social secretary of former first lady Betty Ford (who will be played Michelle Pfeiffer). Per Showtime, “The two were inseparable through thick and thin, from facing Betty’s struggle with breast cancer to turning dusty White House traditions upside down.”

Greer will appear on four episodes of “The First Lady,” which is described as “a revelatory reframing of American leadership, told through the lens of the women at the heart of the White House. In the East Wing of the White House, many of history’s most impactful and world-changing decisions have been hidden from view, made by America’s charismatic, complex and dynamic First Ladies. This series will peel back the curtain on the personal and political lives of three unique, enigmatic women, tracing their journeys to Washington through interweaving storylines with an enlightening intimacy, with season one focusing on Michelle Obama, Betty Ford and Eleanor Roosevelt.”

Along with Pfeiffer playing Betty Ford, “The First Lady” stars Viola Davis as former first lady Michelle Obama and Aaron Eckhart as President Gerald Ford. The casting for Eleanor Roosevelt has not yet been announced.

The series hails from Showtime and Lionsgate Television.

Among Greer’s many TV credits are the series “Kidding,” “Masters of Sex,” “Californication,” “Archer” and “Casual.” On the film side, she’s recently appeared in “The 15:17 to Paris,” “Ant-Man and The Wasp,” “War for the Planet of the Apes,” “Wilson” and “Lemon.”

Greer is repped by Artists First, CAA and Felker Toczek.

ANOTHER ASPECT Examines the Everyday for Collection 3.0