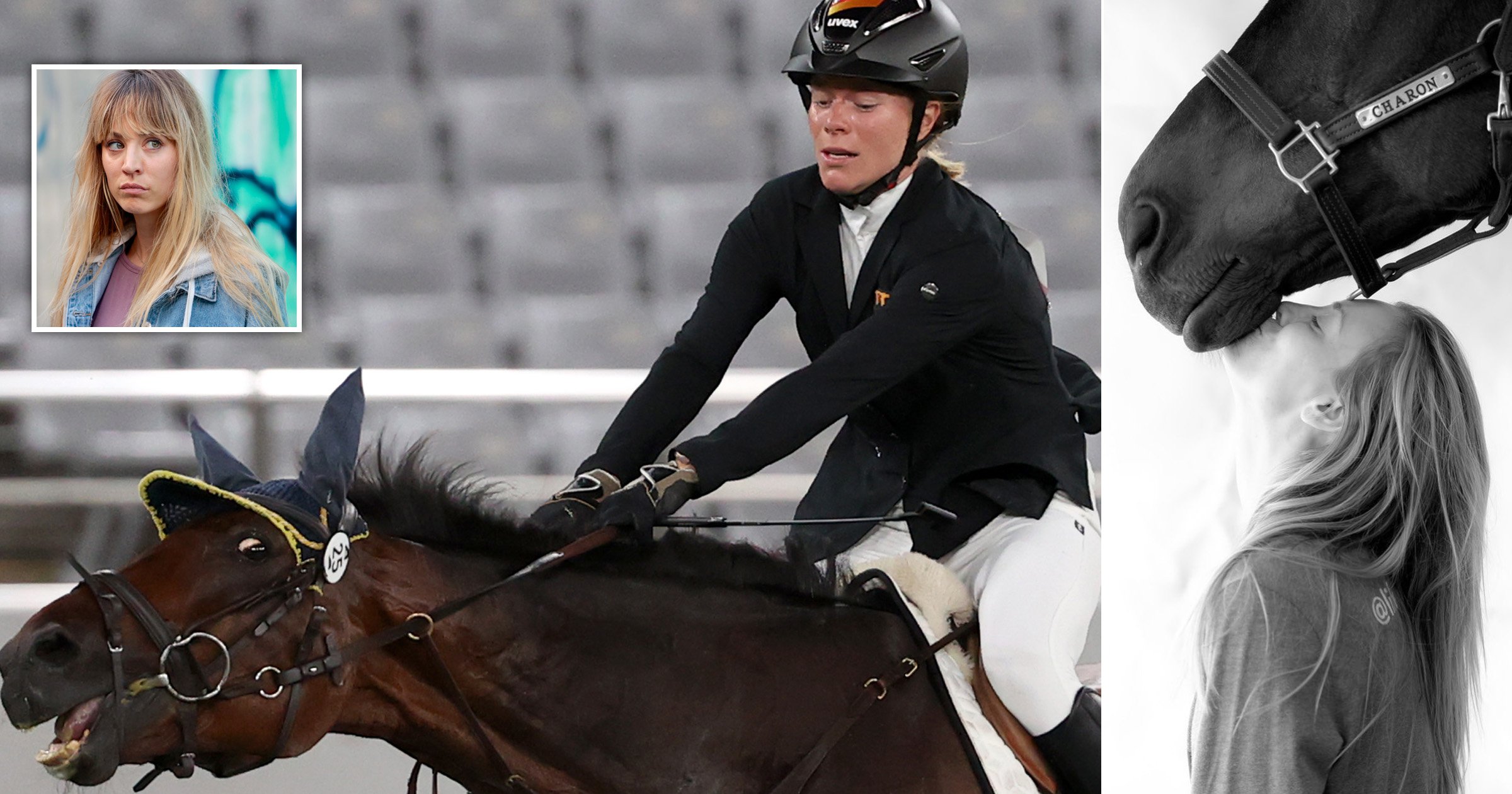 Kaley Cuoco has offered to buy the horse punched by a coach at the Olympics, describing the incident which led to the trainer being disqualified as ‘disgusting’ and ‘abusive’.

Last Saturday, it was announced that German modern pentathlon coach Kim Raisner had been booted out of the Tokyo Olympics 2020 after hitting horse Saint Boy during an event.

In new posts shared on her Instagram Story, Kaley, who has several rescued animals in her home, said that she felt it was ‘my duty and heart to comment on this disgrace’, photos of the horse Saint Boy and the rider Annika Schleu.

‘This is not Olympic show jumping. This is a disgusting classless abusive representation of our sport in so many ways. This team should be ashamed of themselves,’ The Flight Attendant star said.

‘You and your team did not do your country proud or this sport. You make us look bad. Shame on you and godspeed to any animal that comes in contact with you.’

The Big Bang Theory star continued, saying the incident exhibited ‘pure classless behaviour’ and stating: ‘This is not our sport. This does not represent our sport.’

‘This rider and her “trainer” are a disgrace. I’ll buy that horse outright and show it the life it should have. Name your price,’ she added.

In further posts shared on her Instagram Story, the actor emphasised that she wasn’t joking about her offer to buy the horse.

The incident in question occurred when rider Schleu was struggling to get Saint Boy under control during the women’s show jumping event at the Olympics.

After coach Raisner – a former modern pentathlete – hit the horse, Saint Boy refused to cooperate with Schleu by leaping over fences, resulting in her riding around the arena in tears.

‘The UIPM Executive Board (EB) has given a black card to the Germany team coach Kim Raisner, disqualifying her from the remainder of the Tokyo 2020 Olympic Games,’ the statement said.

‘The EB reviewed video footage that showed Ms Raisner appearing to strike the horse Saint Boy, ridden by Annika Schleu, with her fist during the riding discipline of the women’s modern pentathlon competition.

‘Her actions were deemed to be in violation of the UIPM competition rules, which are applied to all recognised modern pentathlon competitions including the Olympic Games.

‘The EB decision was made today at the Tokyo Stadium before the resumption of the men’s modern pentathlon competition.’