Warning: This interview contains spoilers about the season 1 finale of HBO Max’s Made For Love

When your twisted tech mogul husband puts a chip in your brain to spy on you –and also monitors your orgasms– yeah, it’s time to move on.

In a last minute shocking twist, Cristin Milioti’s Hazel Green decided to stick with her crazed, megalomaniac visionary husband Byron Gogol, played by Billy Magnussen, even though we saw her sign divorce papers and insist upon her independence. After Byron invaded her personal space to put it mildly, and used her as his advanced technological experiment, Hazel was easily done with him.  That is until Byron one-upped her in an effort to win her back: He disclosed to Hazel that her sex-doll loving dad Herbert, wryly played by Ray Romano, had cancer. Herbert stood a better chance at life by moving to Byron’s ‘Hub’ –his virtual castle and Hazel’s prison. To save her dad, Hazel had no choice but to take Byron’s hand once again.

Made for Love EP Christina Lee explains it all:

This twist we’re left with in regards to Hazel going back to Byron – was this in the works from the onset or did you figure it out halfway through production? 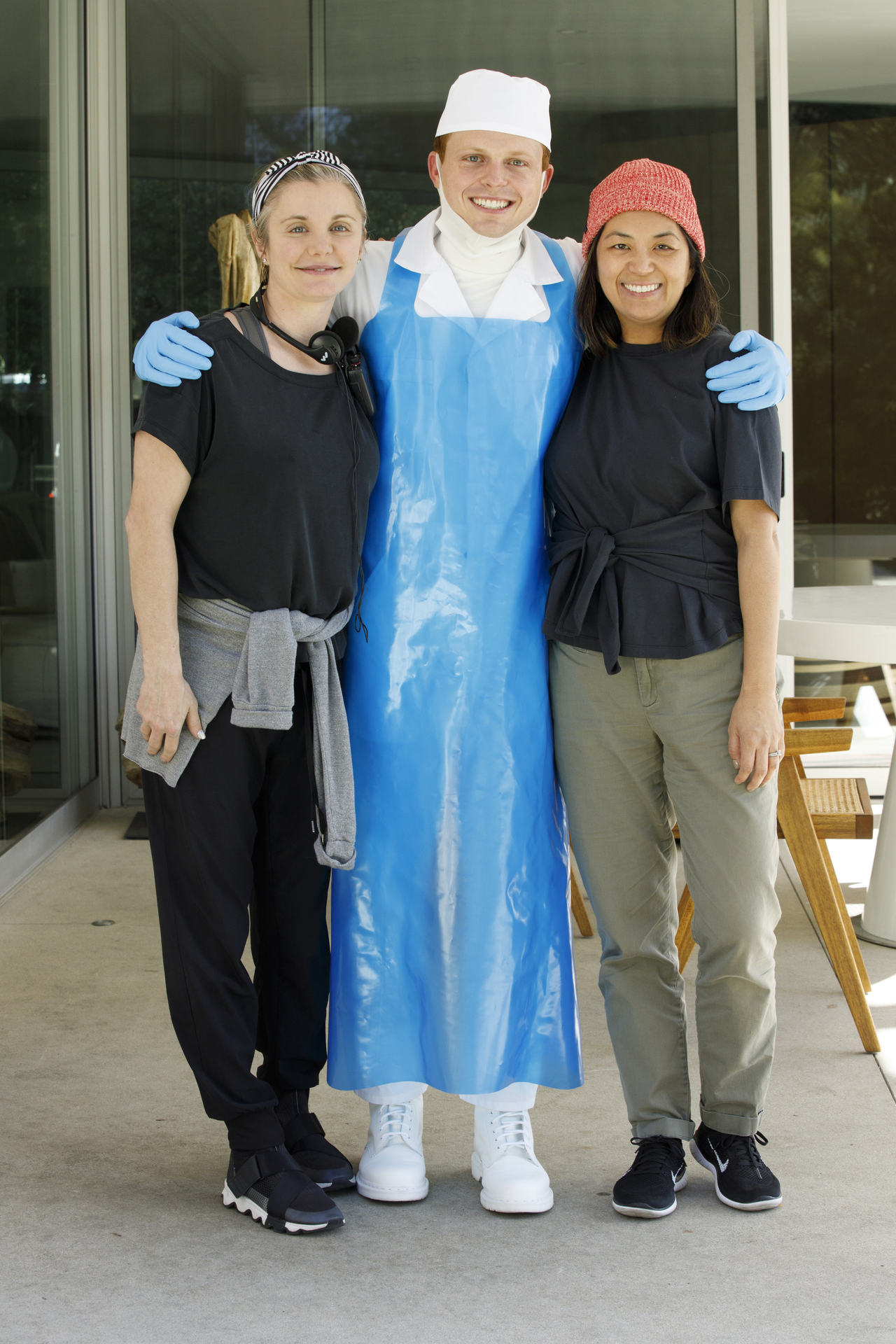 Christina Lee: Once (Made for Love author, EP and co-creator) Alissa (Nutting) and I took over the reins of the show, it was our only ending. There’s these two central relationships in this story. Obviously, Hazel and Byron, who’s her powerful husband she’s trying to break free from, and then there’s also Hazel and Herbert, who she essentially fled from years ago. Ultimately we’re telling this bittersweet father-daughter story. We see her on this journey of attempting to disconnect from Byron where ultimately she reconnects with her father. And then at the end she chooses her father over her own freedom, and that is an ending that we really wanted.

Then there’s this final intriguing shot where Hazel holds hands with Byron at the end. Please explain.
Lee: You know, that was so spontaneous on the day we shot it. We knew that we wanted this long shot of them walking up to the house, and we wanted the audience to have this sinking feeling, as we’re watching them walk into what’s next for them. And you know, I think it might’ve been Cristin (Milioti) who came up with the idea of what if I grabbed his hand? And we all felt chills when we heard that, and we were like ‘I don’t know, but let’s try it’. And we did it in the moment, and something about that felt really strange and yet appropriate, and for me, it leads me to want to have more answers. So, we felt like that was a great ending in regards to what does that mean? What is her plan?

Is Byron who he claims to be, meaning, Greg Benson? Is he a guy who has always been running away from his working class-roots? Or is he being delusional? We know Byron can be duplicitous.
Lee: We definitely have an answer to that, but I think that the audience questioning whether he’s telling the truth or lying is exciting to us. And you never know when you’re dealing with a narcissist or a sociopath, or in this case both, especially when someone’s telling the truth. So, that’s something that, should we be so lucky to get a season two, we want to deeply explore.

While Made for Love is based on Alissa Nutting’s novel, what were the challenges in cracking it? I understand some characters, like Jasper, who were in the novel dropped out and might resurface in season 2. All of this said, Byron reminds me so much of Elon Musk. 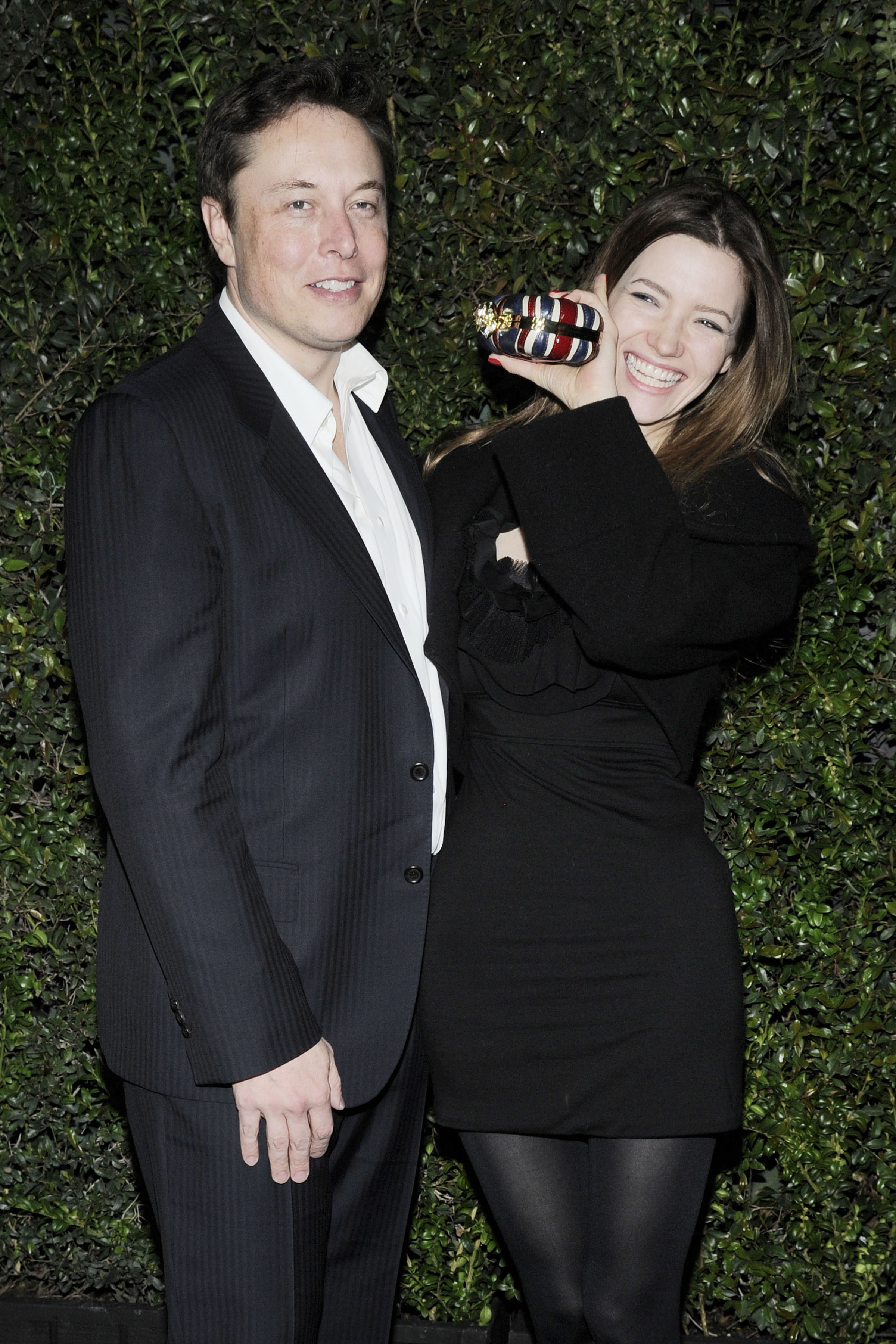 Lee: I will admit that we did watch a lot of videos of Elon Musk, particularly a video with him and his ex-wife [Talulah Riley]. That was interesting to us. Obviously Byron is not modeled after Elon Musk, but there are some influences there considering that they’re both tech guys. In adapting the show from the book, one of the things that was so great about this process was being able to work so closely with the writer, the author, and we were true teammates in creating this show together. I think the book is very much Hazel’s internal journey, and we were like how do we show that on screen? And so, we did drop a character in season one because we wanted to stay focused on Hazel and the aftermath of what happened after she escaped, but I think that the challenges were that there were so many themes that we wanted to explore. We’re like how do we do all of that and how do we figure out the tone of it? Because we wanted to talk about the divorce, the process of uncoupling when there’s this huge imbalance of power, and then we talked a lot about technology and our relationship to technology as like a shortcut to human connection and intimacy. Then, of course, there is a very important father-daughter story of reconnecting with an estranged father and sort of unearthing all of that like unspoken shared grief and pain. So, there were a lot of things that we wanted to talk about, and there’s more on top of that, but then we were like tonally, where do we want to sit? Both of us are big sci-fi fans, and there were two things that we wanted our show to be different, and one is that we wanted to approach this through a female lens. So while the show is high concept with all the sci-fi, I mean, it’s just a very age-old story of a woman trying to liberate herself from toxic masculinity. That’s something that we wanted to talk about, and then on top of that, there’s a lot of darkness in sci-fi, especially like tech horror type shows, and both of us are comedy writers at heart. So, we wanted to present this show where there are moments where you’re fearful of what’s going to happen to Hazel and it’s painful, but we wanted to also keep it light, and we approached that both in the storytelling and how we shot it. 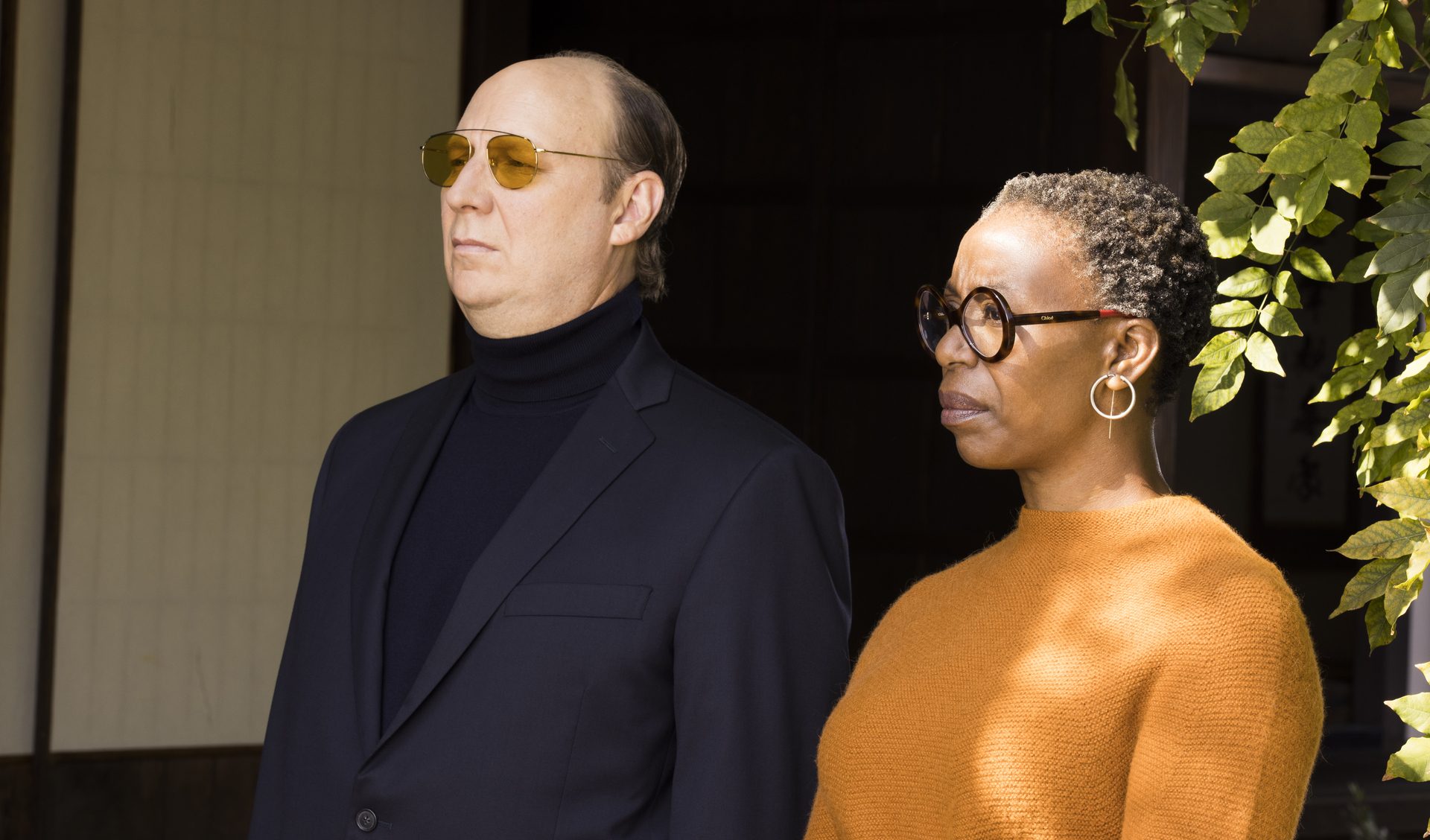 What’s next for Fiffany and Herringbone? Both are stuck in virtual realities.
Lee: So, Fiffany and Herringbone for as long as they’ve worked for Byron, whenever there has been somebody that they need to “get rid of” without murdering, they would put them in the pasture cube. That’s what put them out to pasture means at the Hub. It means put them in that cube. But it’s the only cube that Fiffany and Herringbone have never been in, don’t know how it works, and now they’re both in it. So, in season 2 there’s the question: What is in that pasture cube? Who’s there? How will they get out, if they do at all, what will happen if and when Fiffany finds out that Herringbone is the reason why she’s there in the first place?

Let’s go back to that video of Musk and his wife and how inspirational it was on the show.
Lee: It is on YouTube. You know, all I can say is that I watched it many times, and it was an influence to episode 3. What I always find interesting in any videos or any interviews is when two people seem to be experiencing different realities, but sitting right next to each other, and we saw that in that interview and we’ve seen that in other things too. But it’s always illuminating for us when we witness something like that, especially when the person sitting right next to them doesn’t know.

Following a production hiatus due to the pandemic lockdown, what changes were made to the series?
Lee: So much of our feelings toward what was happening in the show had changed because we were experiencing a lot of that stuff. Byron’s whole thing is that you can live in this simulated life and it’s just as good or even better. It’s more efficient. So, you know, there’s no need for the real thing, right? If you haven’t experienced what life really feels like, you may not know. Maybe that does sound better, but now after a year of being in our gilded prisons and not being able to have true human connection, all of that came to mean something much stronger for us. So, it did change, how we approached that in the show. Some of the flashbacks, for example, the flashback in episode 7 where she tells Byron that she wants to go to a concert. You know, that is something that I miss right now. I miss seeing live shows. And the fact that he took her, he brought the band in, but it was a simulated concert experience. And what he didn’t understand was she just wanted to have the experience of being with people, with strangers, and having a communal experience together. We miss that so much right now. And, so, that was a particular scene that came out of what we were feeling (during the pandemic lockdown). 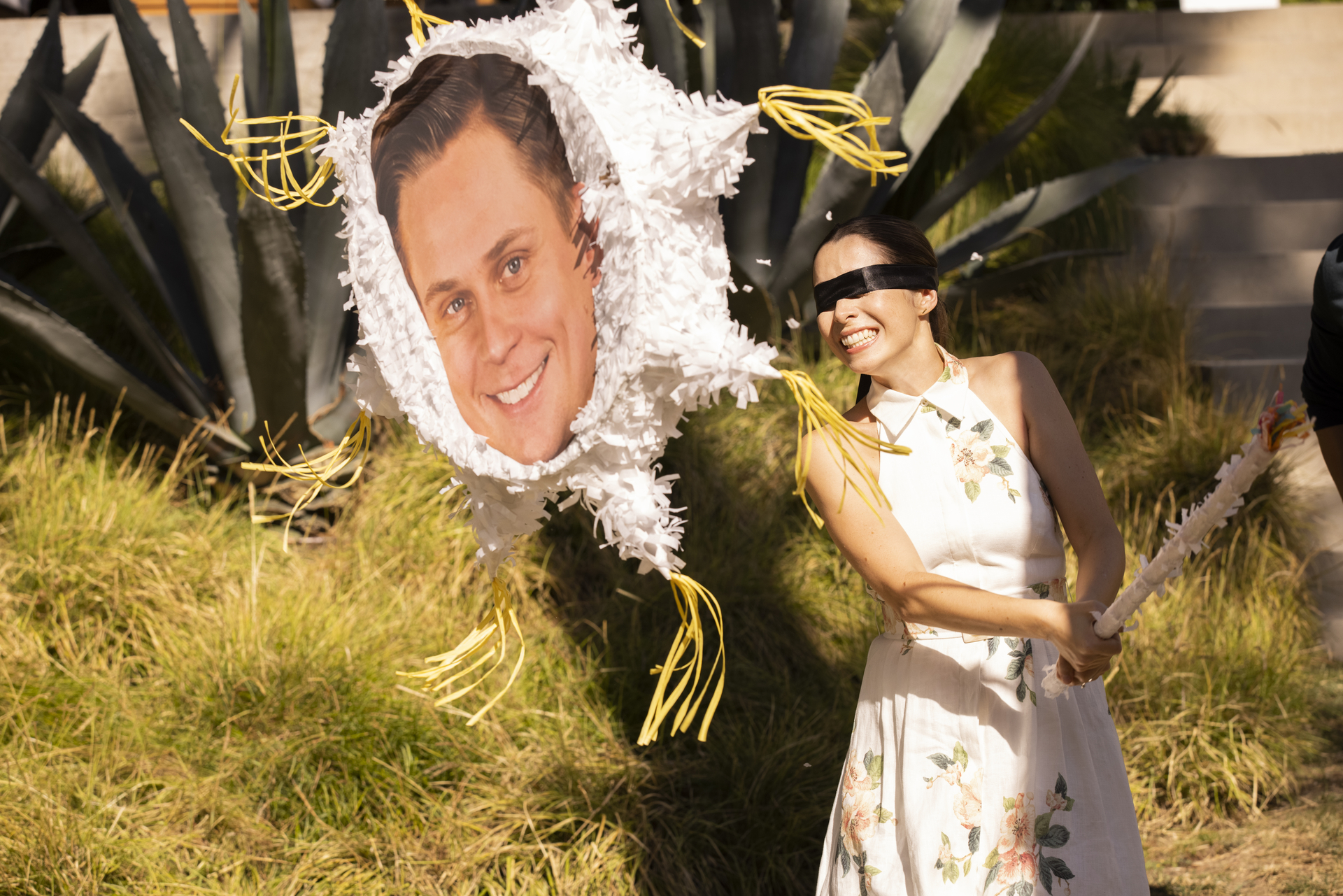 Is there anything else you can tease about season 2? Obviously, we’re going to see what happens between Byron and Hazel and their new life, and if Herbert’s health improves.
Lee: I think that there are some questions, particularly with Byron on how he is the way he is. People were asking: Why doesn’t he know who Willy Wonka is? Like, who is this guy? Is the Greg Benson thing real? And I will say that is something that we want to address in season 2, among everything else, but that’s one of the things for sure.