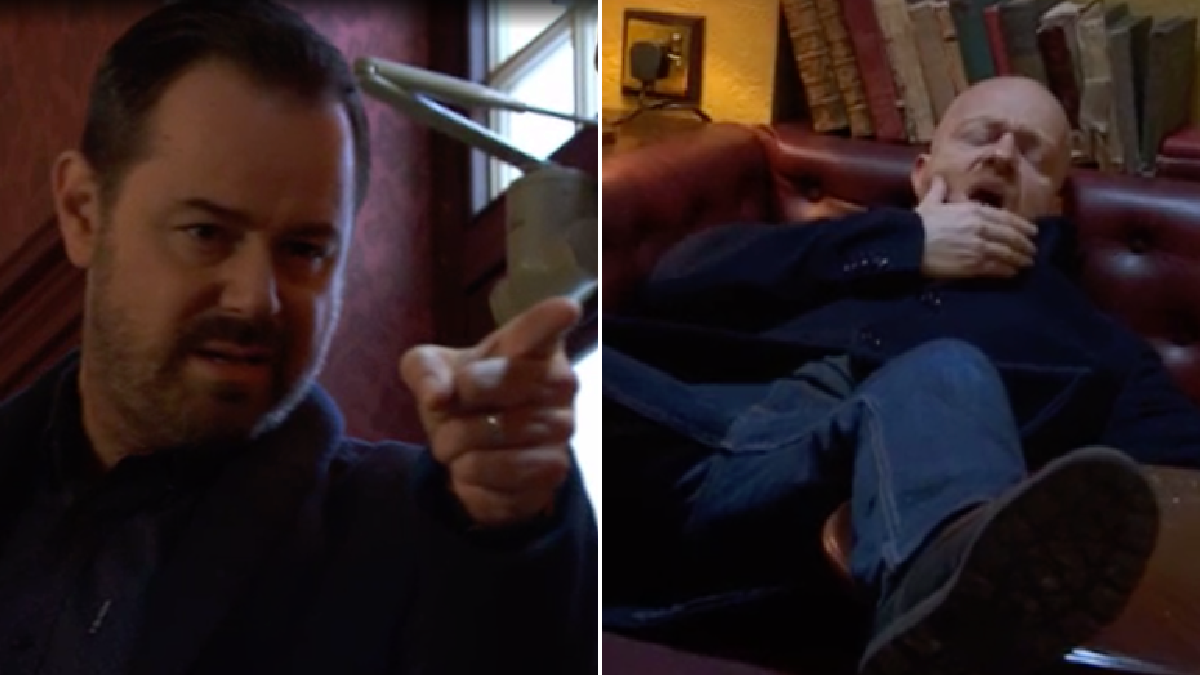 Mick Carter (Danny Dyer) made his feelings quite clear in EastEnders tonight (February 18), as he punched Max Branning (Jake Wood) and vowed to kill him if he doesn’t stop hassling Linda (Kellie Bright).

Max is determined to win Linda’s affection, in spite of the fact that she’s made it quite clear that she doesn’t want or love him.

He’s been blackmailing Phil Mitchell (Steve McFadden), threatening to have him put behind bars if he doesn’t do as he asks and get him what he wants.

And what does he want?

The Queen Vic, signed back over to Mick, as he seemingly hopes that Linda will leave her hubby of over 30 years for him if he gets Mick the Vic…

Evidently, he doesn’t really know Linda at all if he thinks such a thing, but nonetheless, he’s determined to see his plan through to the bitter end, and tonight’s edition of the BBC One soap saw him attempt to tease Linda with a surprise.

Of course, his actions backfired, as when Linda discovered that he knew the truth about Mick’s abuse, she was seething, and wasted little time in reporting Jack (Scott Maslen) to the police for breaking his oath as a police officer.

When Mick got wind of the fact that Max not only knew about his abuse, but that he has continually hassled Linda in the hope of a reunion, he headed round to have a word.

Naive Max told Mick that Linda is only with him out of pity, and Mick saw red, as he violently punched Max and sent him flying across one of the tables in the Queen Vic!

Afterwards, Mick ordered Max to stay away from Linda, or he’ll kill him!

EastEnders continues Friday February 19 at 8:35pm on BBC One.

Join the community by leaving a comment below and stay updated on all things soaps at our homepage.