The lad quickly zipped up his shorts when he saw the TV star-turned special constable marching towards him. 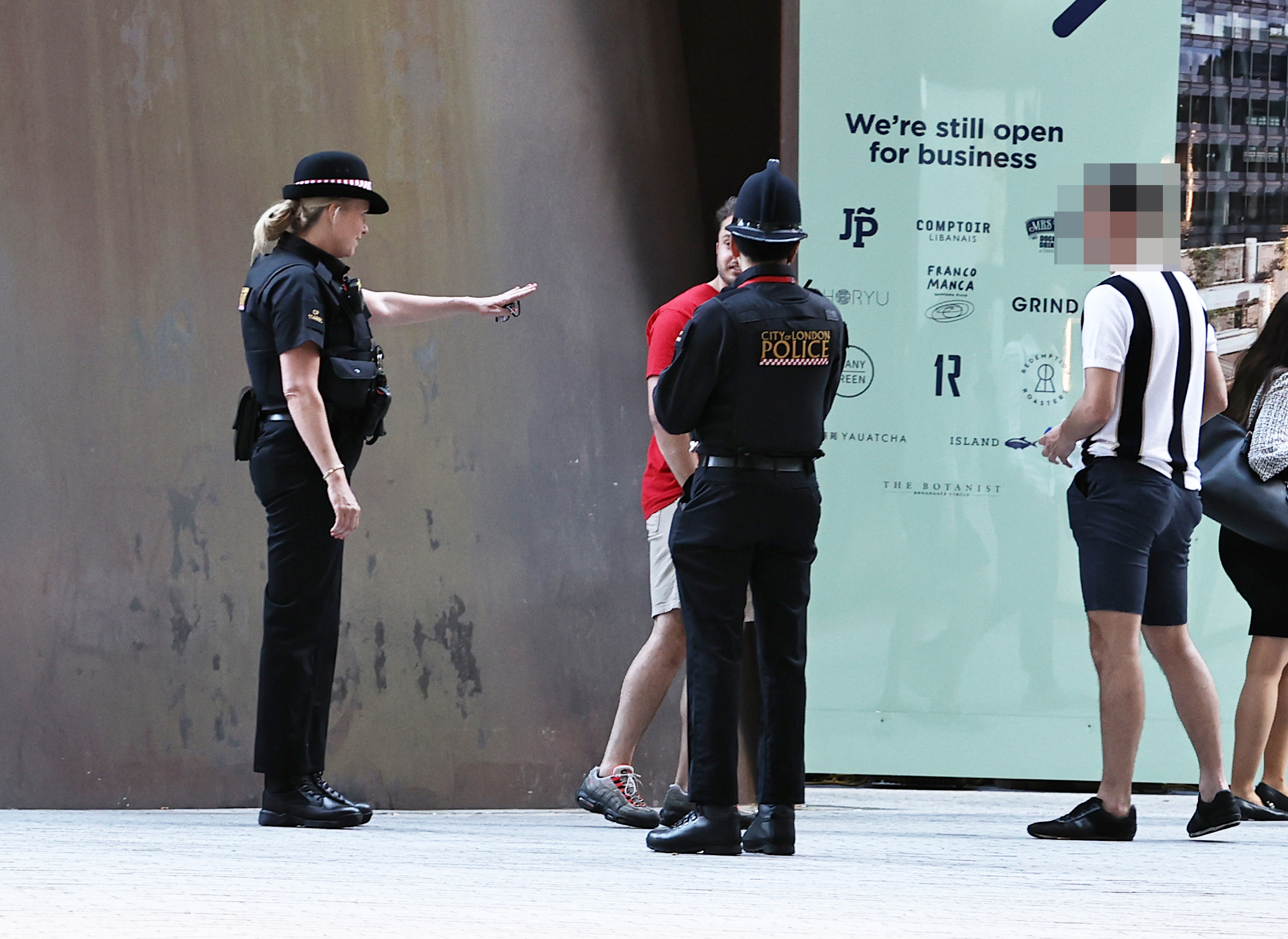 Public urination is an offense in England and Wales and PC Penny, 50, swiftly enforced the law.

Dressed in a stab-proof jacket and bowler hat, the rockstar's wife gave the lad a telling-off and ordered him to clean up his mess in The Sun's exclusive pictures.

She was snapped for the first time on patrol in the City of London after recently qualifying as a police officer and looked like she was enjoying her new role.

The mum-of-two was seen kitted out with handcuffs, a personal radio to call for back-up and non-lethal weapons including a taser and a baton. 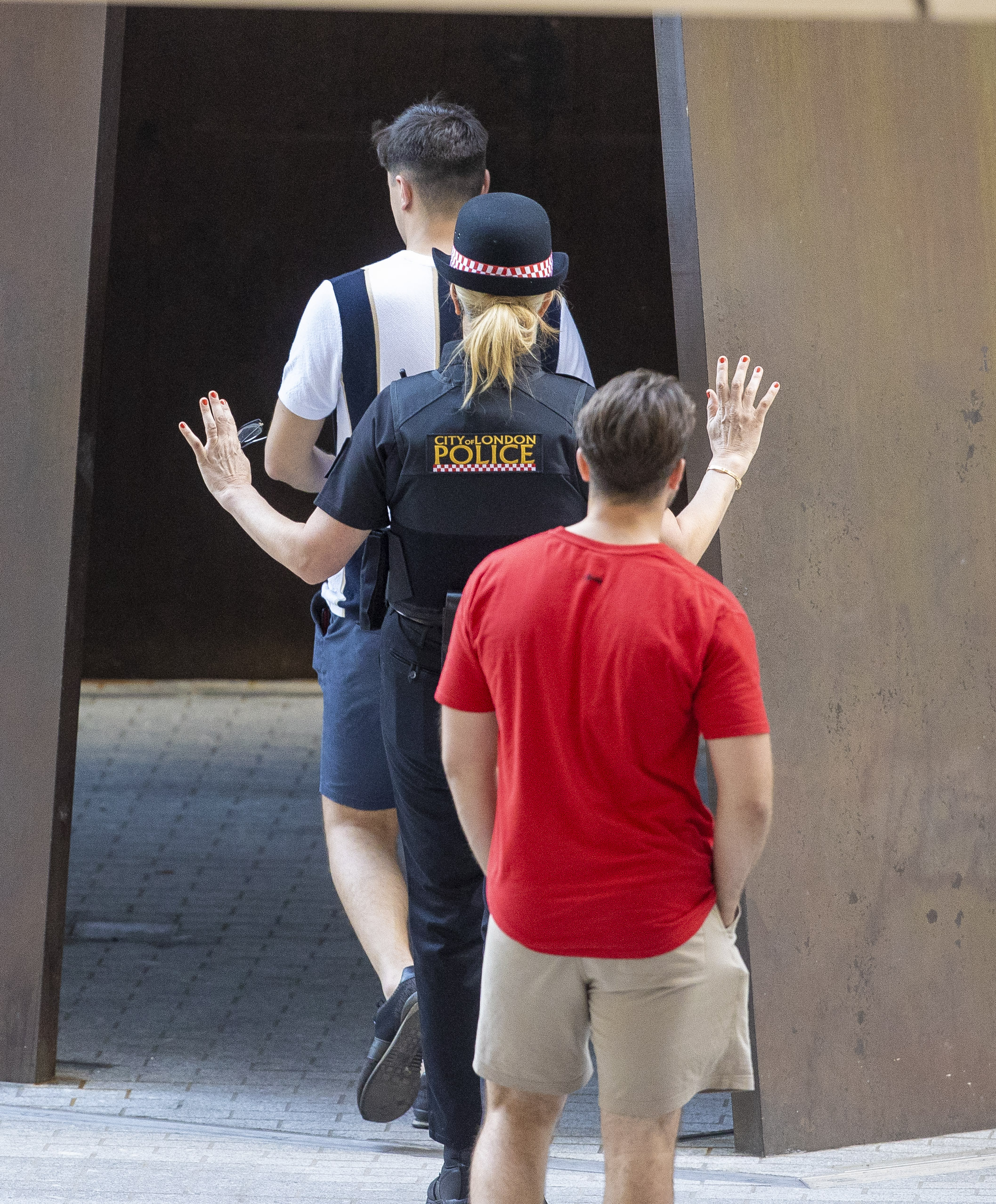 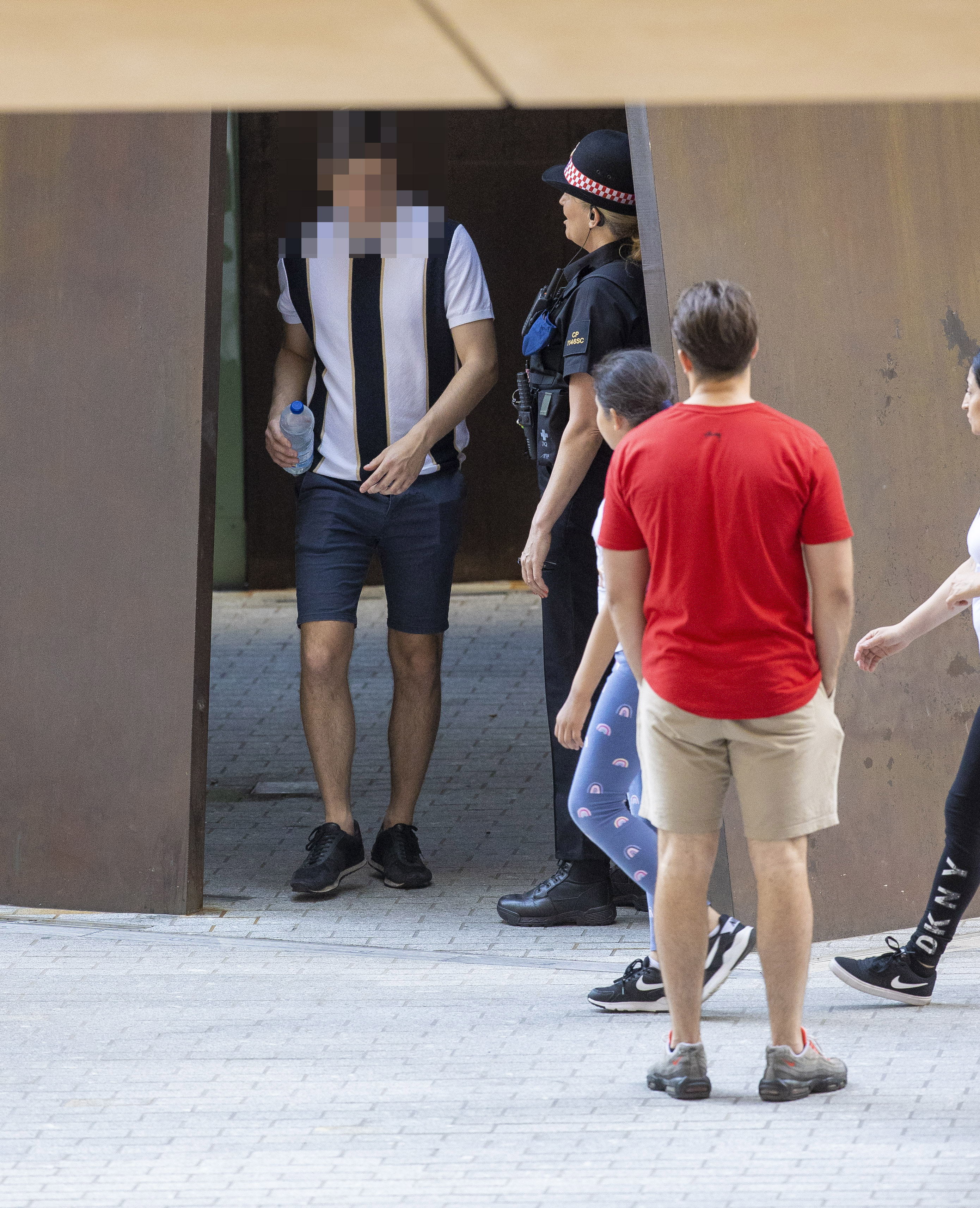 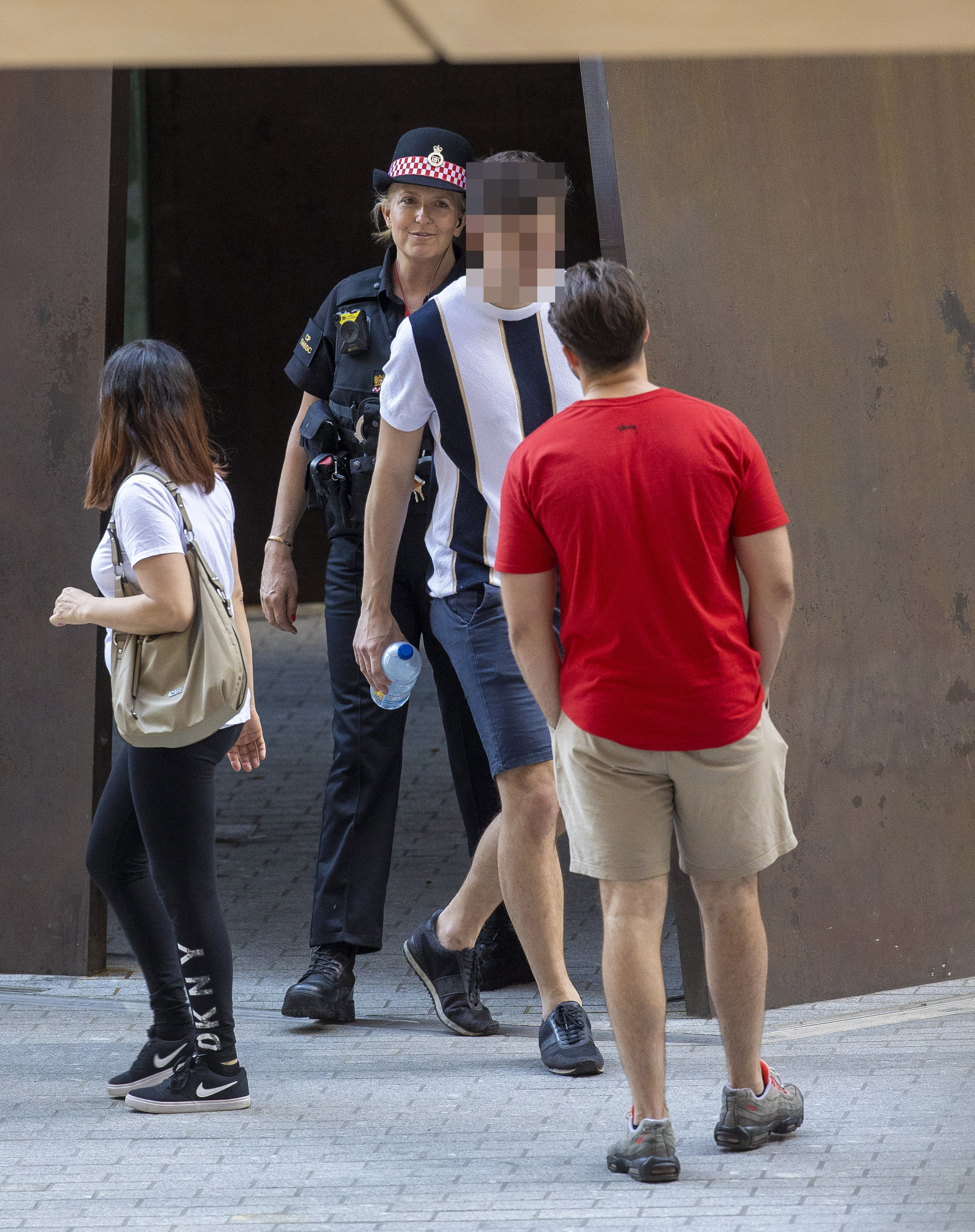 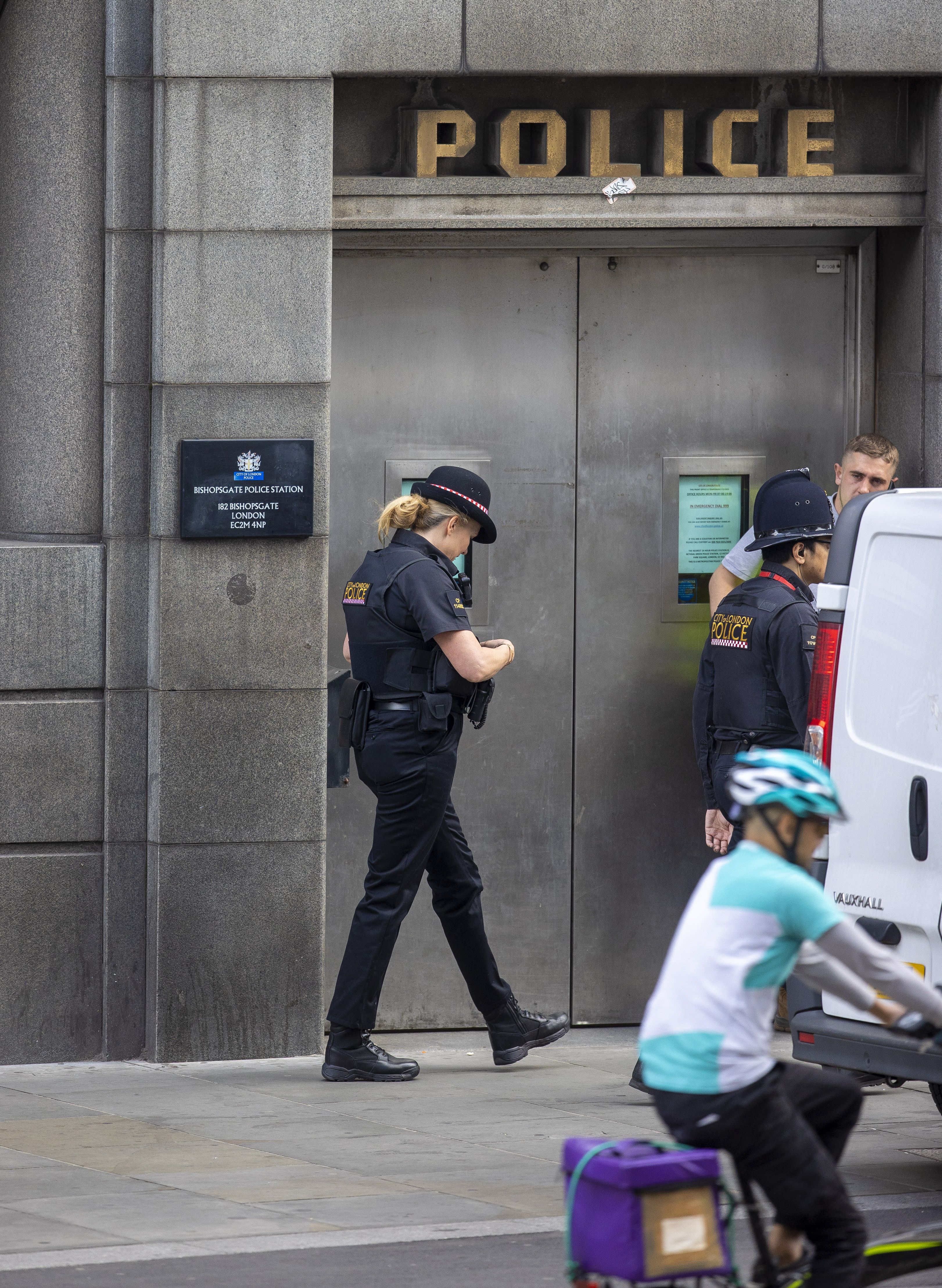 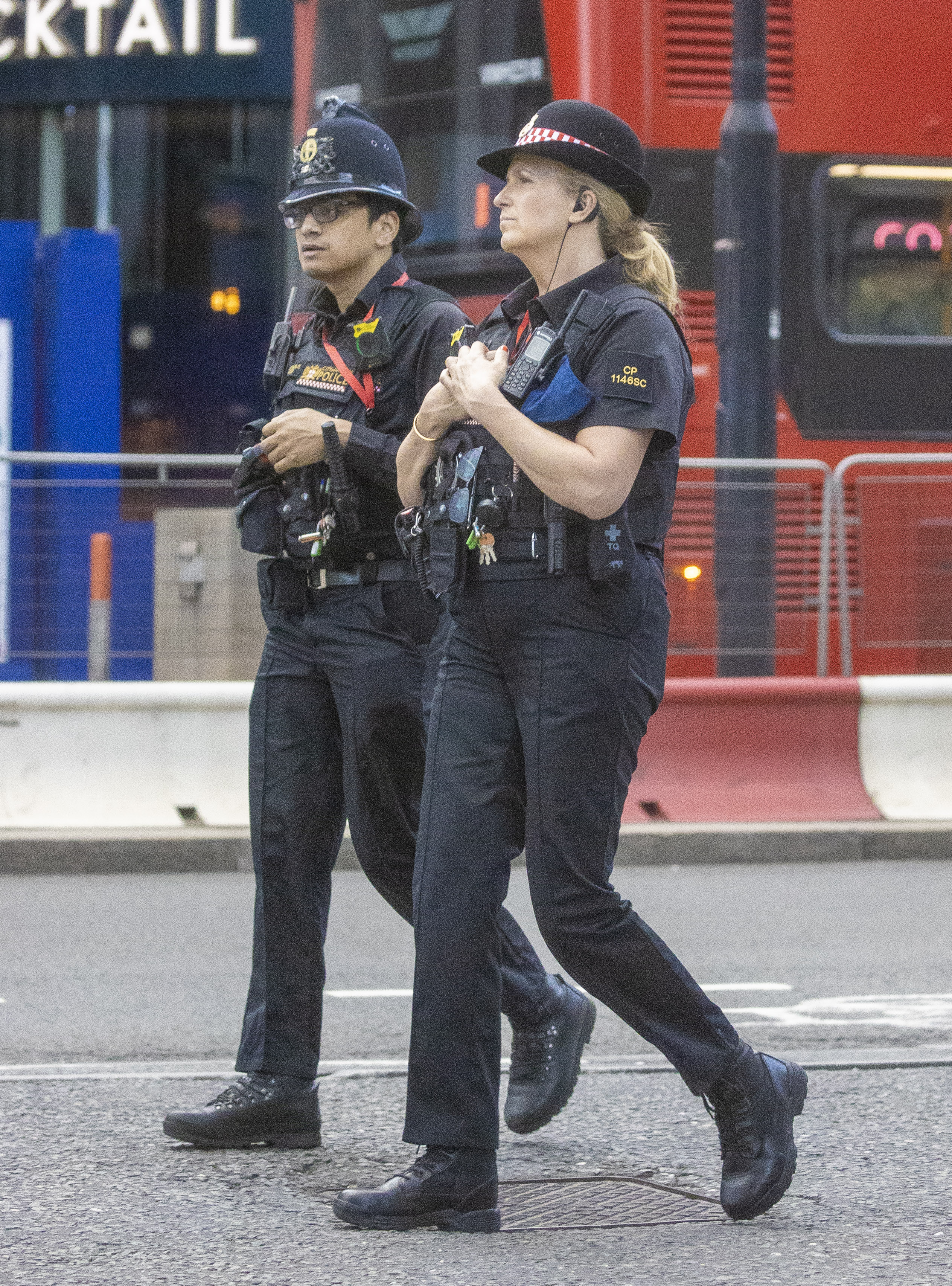 The former lingerie model started her training after appearing on Channel 4's 2019 series Famous and Fighting Crime, in which celebrities joined police officers on patrol.

She recently revealed that she helped to save the life of a suicidal woman while working as a special constable for the City of London police.

She told the ITV show Good Morning Britain: "When you think of policing, you think of the most violent crimes but we're out there to help the most vulnerable.

"At this particular time there's a lot of incidents on the bridges and I did help someone who was very desperate on the bridge the other night. 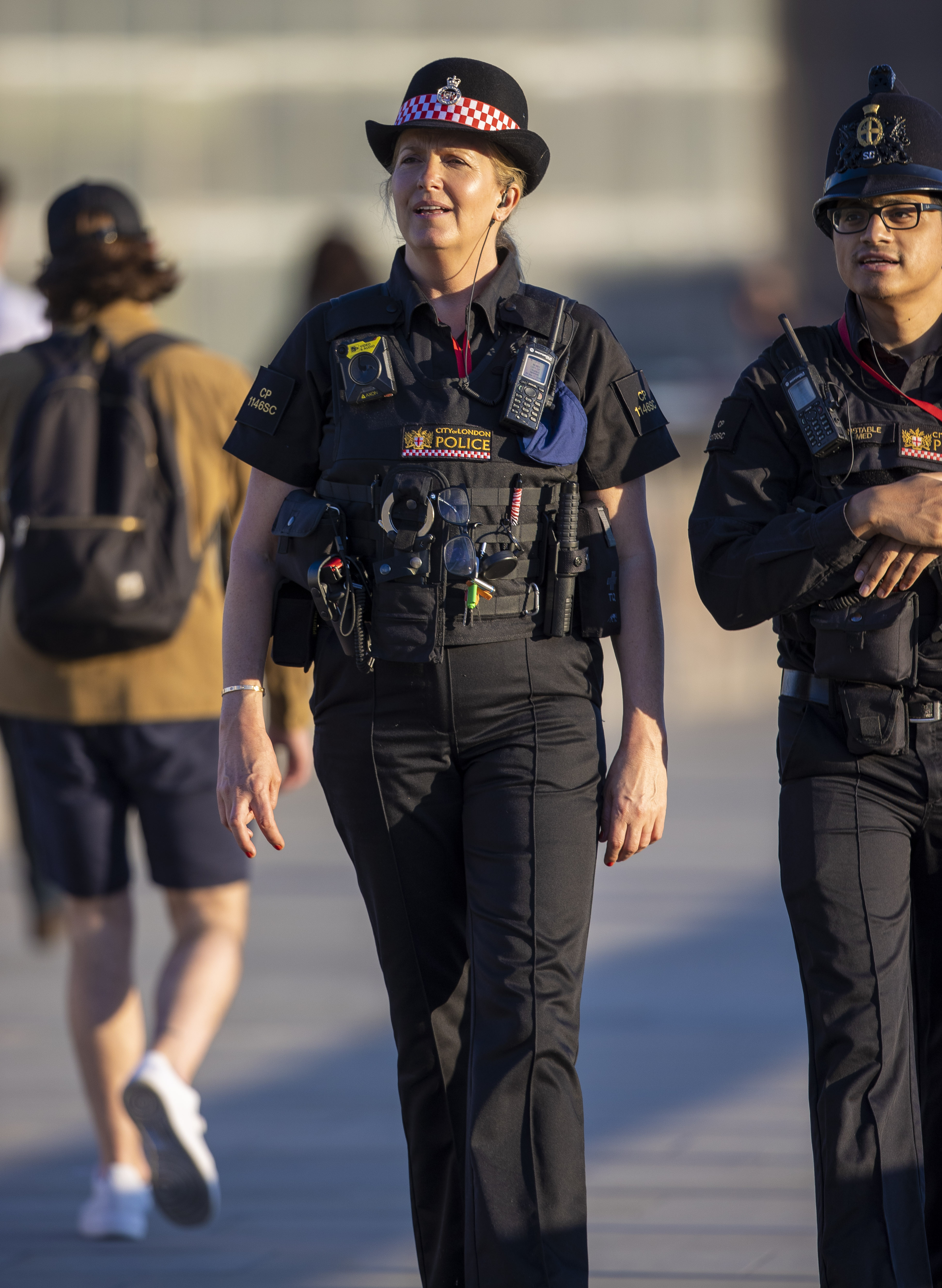 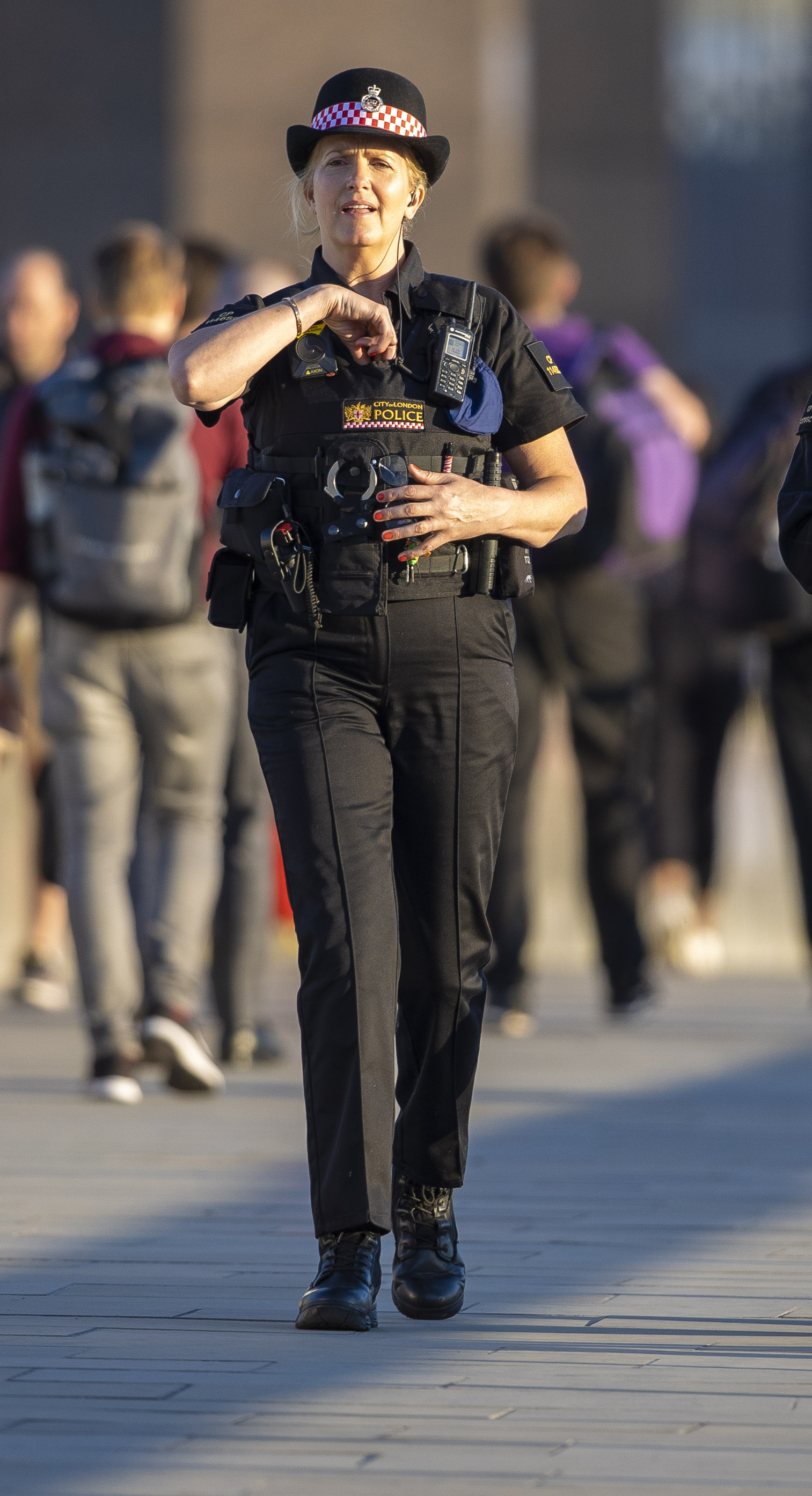 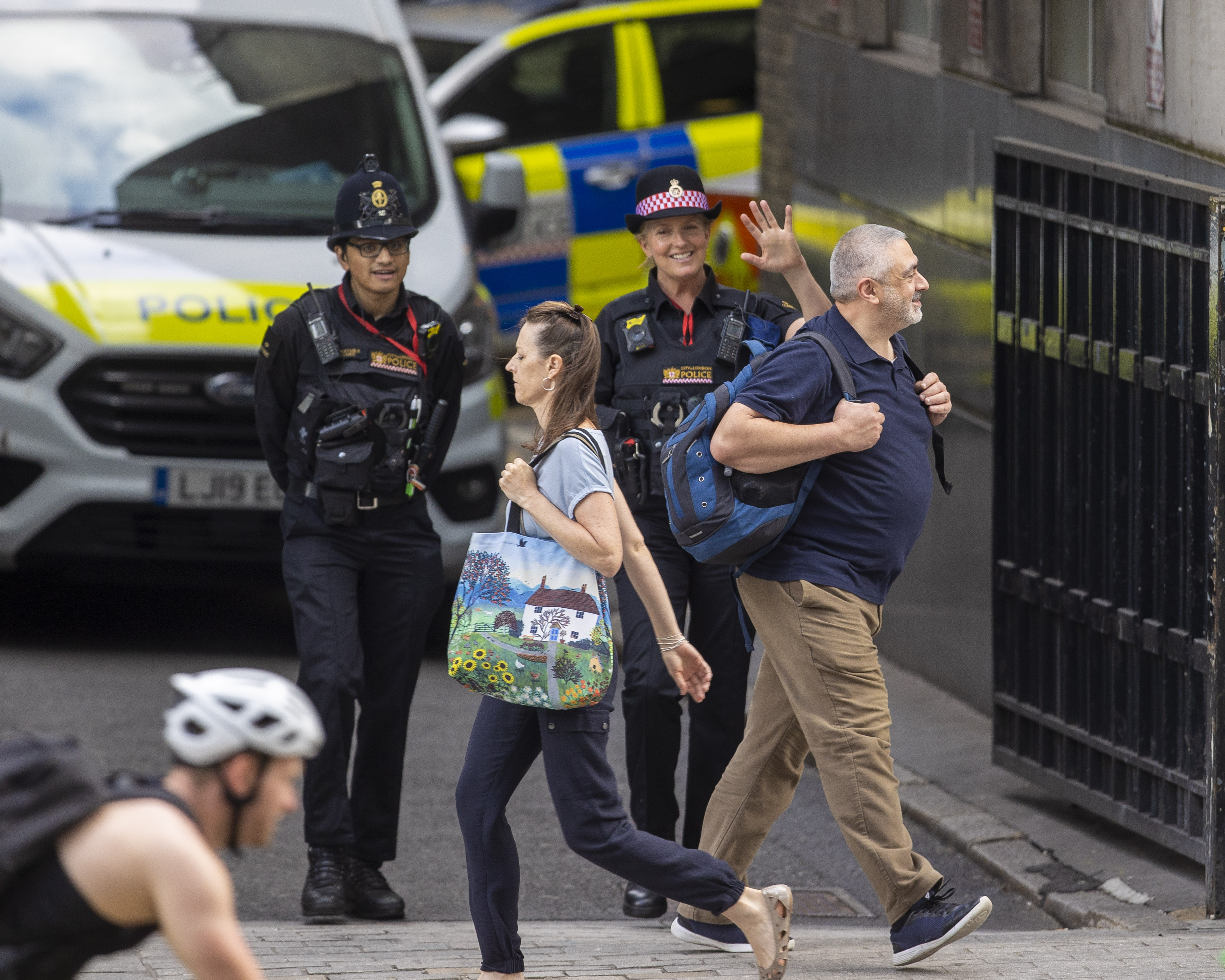 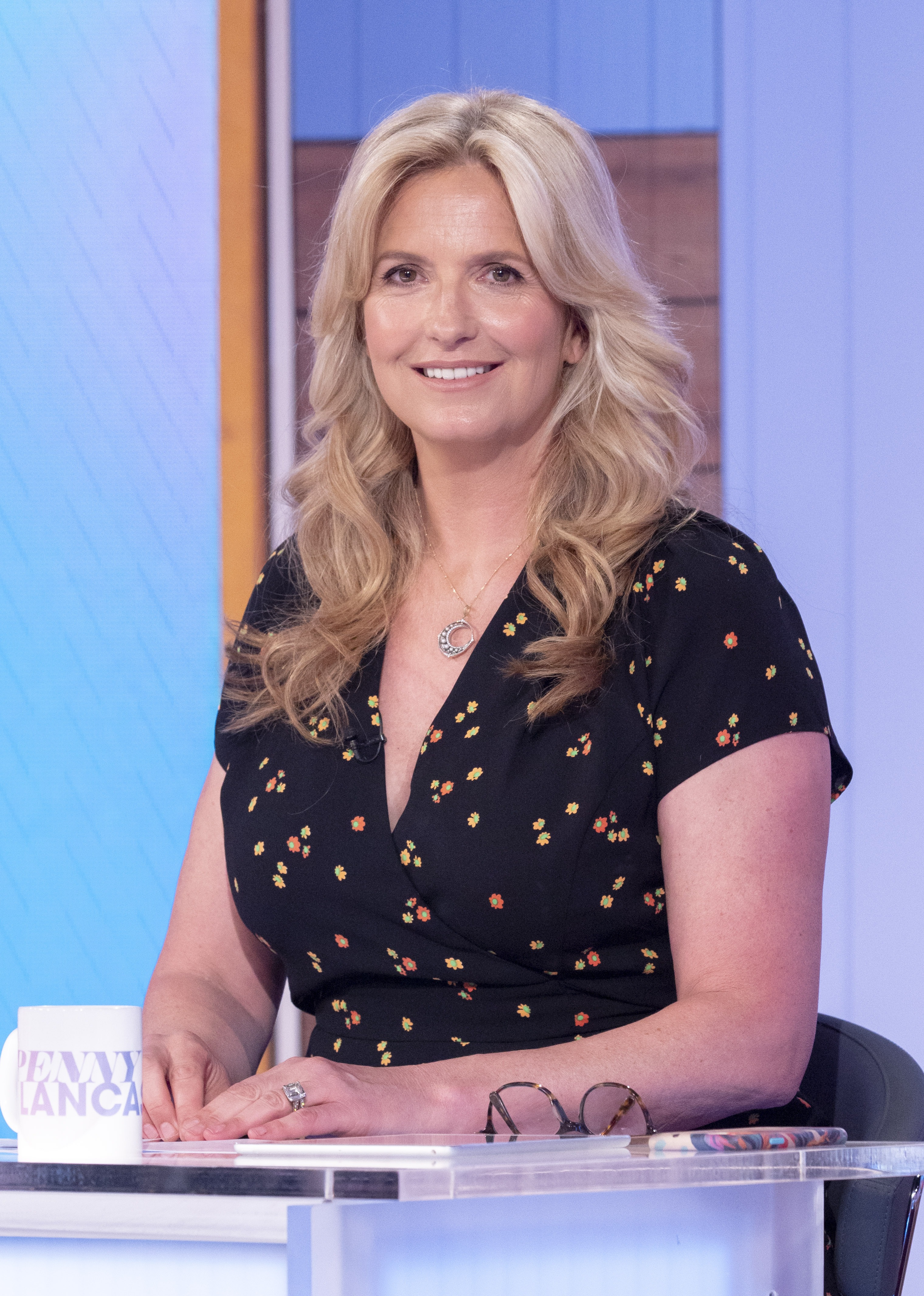 "It can be rewarding in so many ways."

The beauty, who married singer Rod, 76, in 2007, said she has drawn on her experience as a mum to their boys 15-year-old Alastair and 10-year-old Aiden while working in her police role.

When asked if her husband had tried to put her off the job, she said: "Not at all … 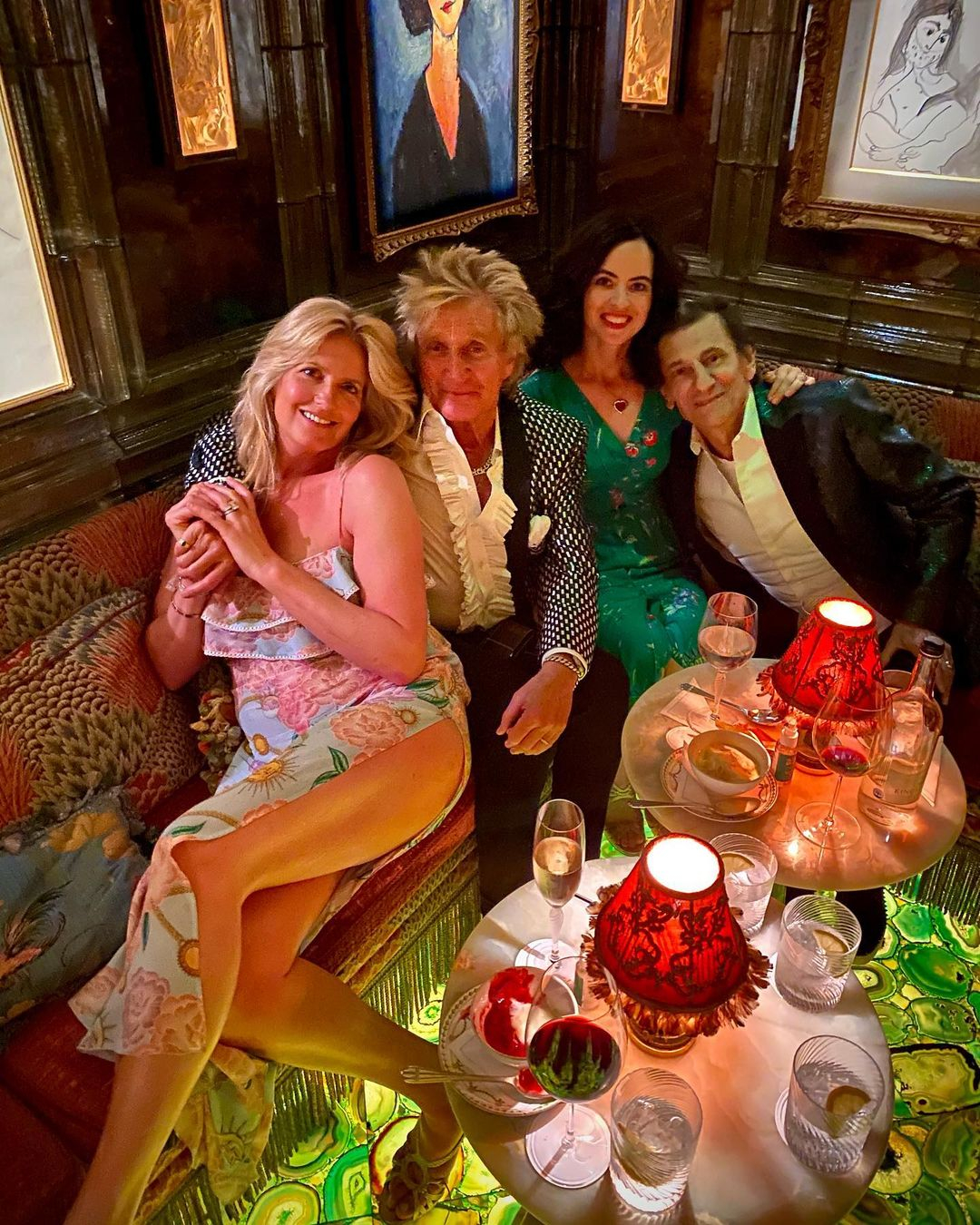 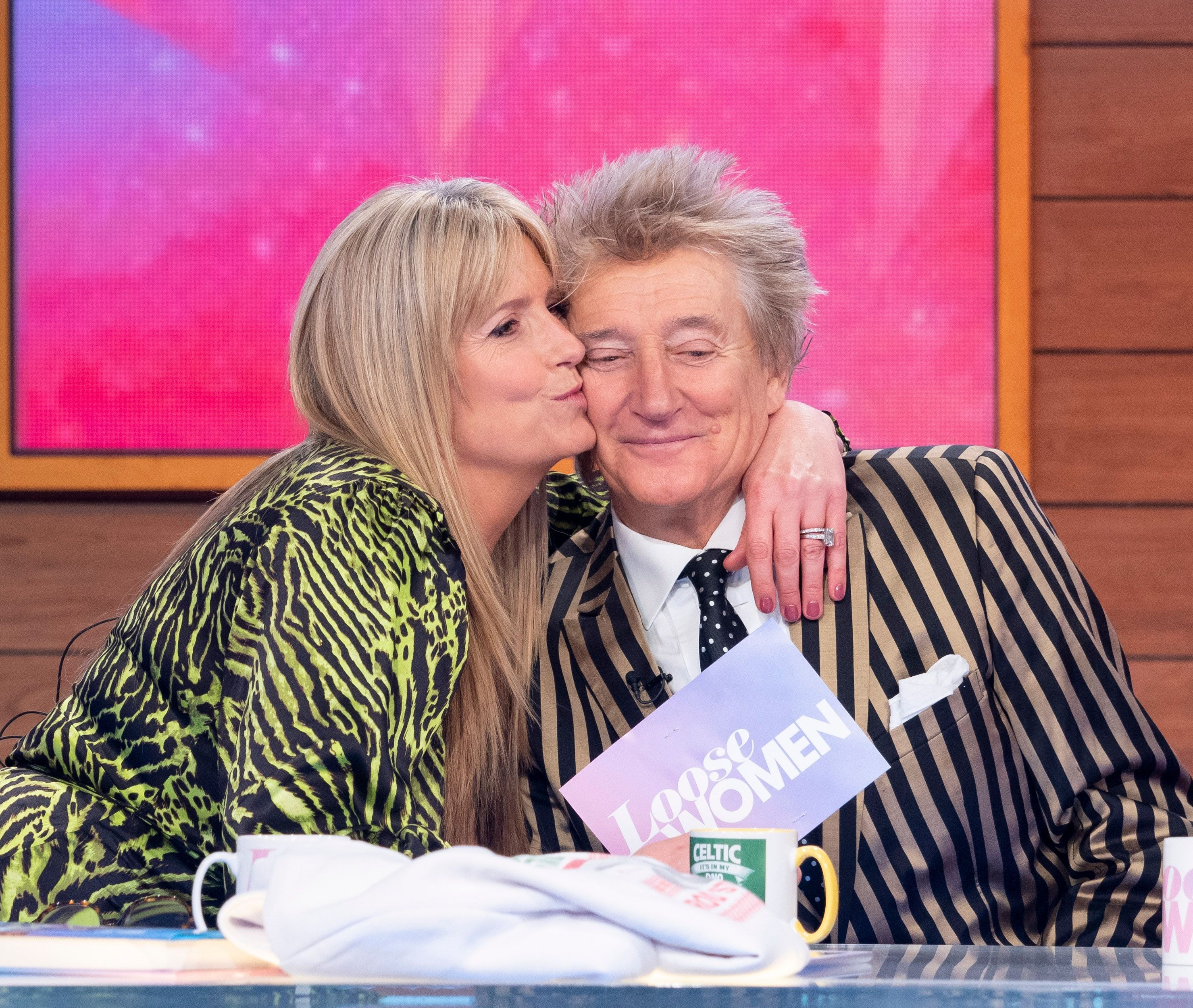 Elsewhere, Penny will be seen on MasterChef in a star-studded line-up along with Katie Price, comedian Munya Chawawa, and Joe Swash.