There are quite a few theories from Seinfeld that are up for debate. For example, was it really a show about nothing? Comedian Jerry Seinfeld insists that was a theory made up by the press. The NBC sitcom just tried to depict life for single friends living in New York City.

And it’s true that Seinfeld is filled with relatable grievances. Jerry, Elaine, George, and Kramer are constantly placed in everyday situations that audience members recognize all too well. For example, Jerry being forced to interact with Newman, his neighbor who can’t stand him.

Seinfeld fans already know Newman hates Jerry. But why? This fan theory could hold the answer.

Newman’s hatred for Jerry Seinfeld is rooted in jealousy 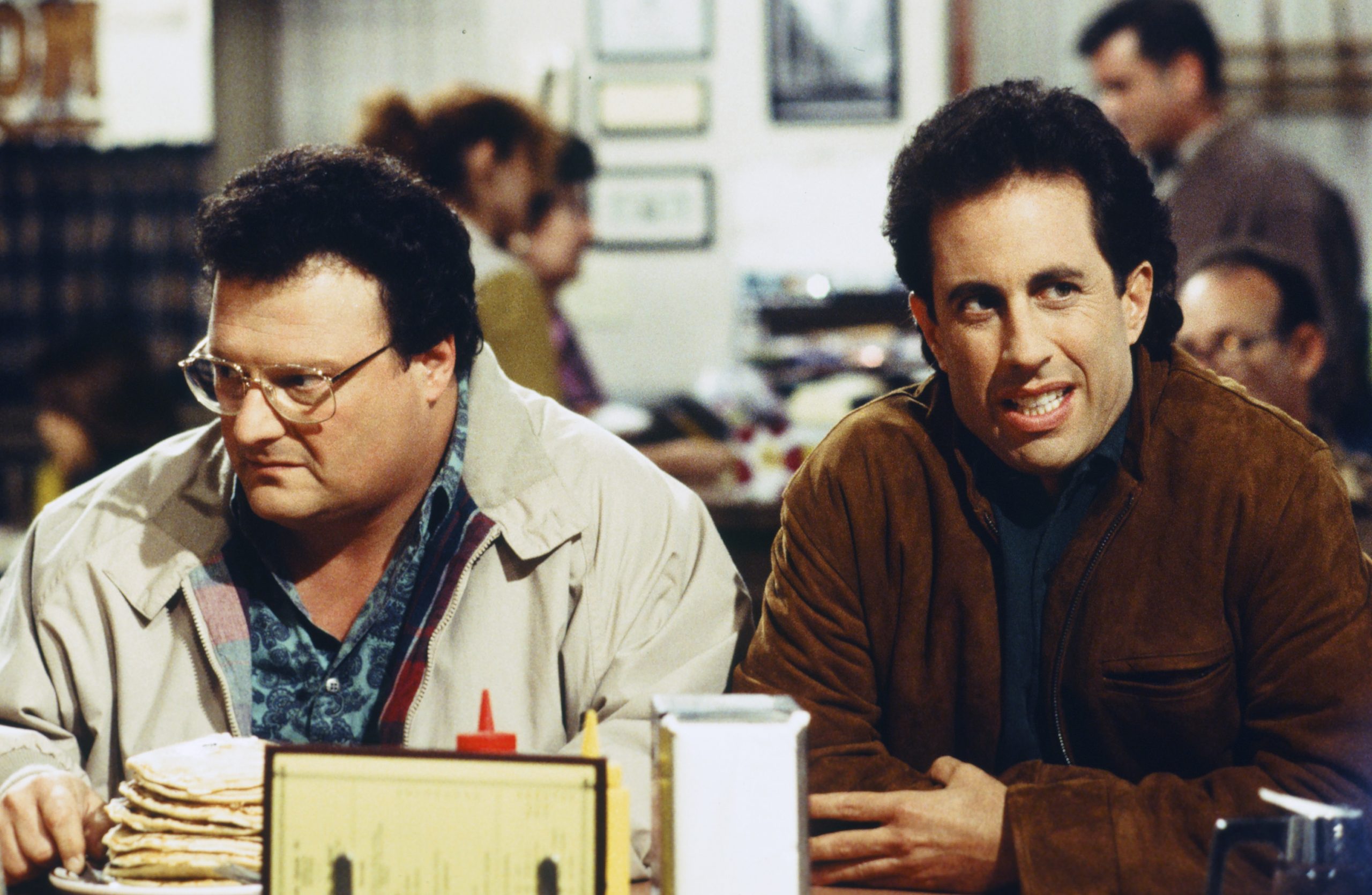 Series writers never explain the source of Newman’s animosity for Jerry, which has led to a lot of speculation from fans. They pretty much all agree Newman is painfully jealous of his funny neighbor. These emotions manifest through hate.

The exact cause of Newman’s jealousy is unknown. He’s introduced as Jerry’s nemesis and is probably the closest thing to a villain the show has besides life itself. However, he’s close friends with Jerry’s friend and across the hall neighbor Kramer, which leads most fans to assume he’s envious that Kramer seems to prefer Jerry.

One Redditor took it one step further, suggesting that Newman may have requested to swap apartments with Jerry so he could be closer to his friend Kramer. They suggest that Newman is forever annoyed that Jerry refused to switch.

Newman doesn’t think Jerry Seinfeld should be famous or successful

Besides the friendship issue, Newman is also angered by Jerry’s success as a stand-up comedian. He calls Jerry’s audience “half-soused nightclub rabble” and indicates that his own artistic talents, namely writing and poetry, are morally superior to comedy performances.

Newman works at the post office and is presented as depressed and suicidal. He’s frequently seen plotting get rich quick schemes with Kramer.

It’s also widely believed that Newman is in love with Elaine, who happens to be Jerry’s ex-girlfriend.

The hatred between these neighbors seems to spur from Newman. However, the feeling is mutual. Jerry always greets the secondary character on Seinfeld with a sarcastic, “Hello, Newman,” a phrase fans still use when speaking to actor Wayne Knight. Even Jerry’s mother on the show greets Newman this way.

The real Seinfeld had the following explanation for why Jerry hates Newman, according to Seinfeld Fandom. “He was the first person on the show, my own show, who was coming on to sabotage me in some way. And so why would I not hate him forever for that?”

The war between the two characters is always shown in a joking way. There are points where Jerry and Newman appear as reluctant allies, such as when they’re both enjoying the Soup Nazi’s delicious fare. But for the most part, these two remain constant enemies throughout all nine seasons of the series.

Every show needs a villain. Even a hilarious postal carrier neighbor who doesn’t pose much threat to the main character.