More and more films are being delayed thanks to the coronavirus. First, No Time to Die, the 25th James Bond movie was moved to November, and now more studios are following suit. First Universal, and now Sony have announced which of their slate has been delayed.

Many movies have been forced to be delayed, but some of those are particularly difficult for fans to get their heads around.

One of these is Morbius, the Jared Leto-led superhero movie which seems to have some connections to the Marvel Cinematic Universe through Spider-Man.

As well as this, the latest Marvel/Sony venture, which is currently being kept tightly under wraps, is also delayed to 2021, being pushed back only three months.

But sci-fi comedy fans will be dismayed to learn the new Ghostbusters movie, which sees many of the original cast return, has also been put on hold for eight months, meaning it will no longer have its summer release. 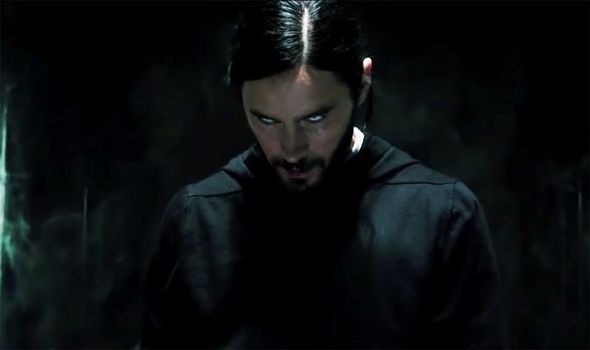 One thing which seems to be unprecedented so far in these times, is the studio has opted to bump one movie earlier in its release schedule.

The movie Fatherhood, which was meant to have an early 2021 release, will now be released in October this year, meaning it will actually be released a few months early.

These changes are, so far, some of the most drastic which have been seen, compared to other studios who have been more cautious, or who are yet to confirm their release dates.

For example, the Warner Bros movie Wonder Woman 1984 was pushed back to August 14 from its original June 5 release date, meaning only a delay of a few months.

However, Disney has not named some of its new release dates, for films such as The New Mutants and Mulan.

No Time to Die was one of the first movies to be delayed from April to November this year, while others quickly followed suit such as A Quiet Place 2, and Peter Rabbit 2, which sits among Sony’s movies.

The children’s films has now been pushed to January 2021 from its summer release date.

However, two films from Sony remained undated: Greyhound, a war film written by and starring Tom Hanks, and the upcoming Marvel and Sony collaboration, details of which are currently unknown, though it is likely to involve Spider-Man.

This will be updated with more films from Sony as they are announced.