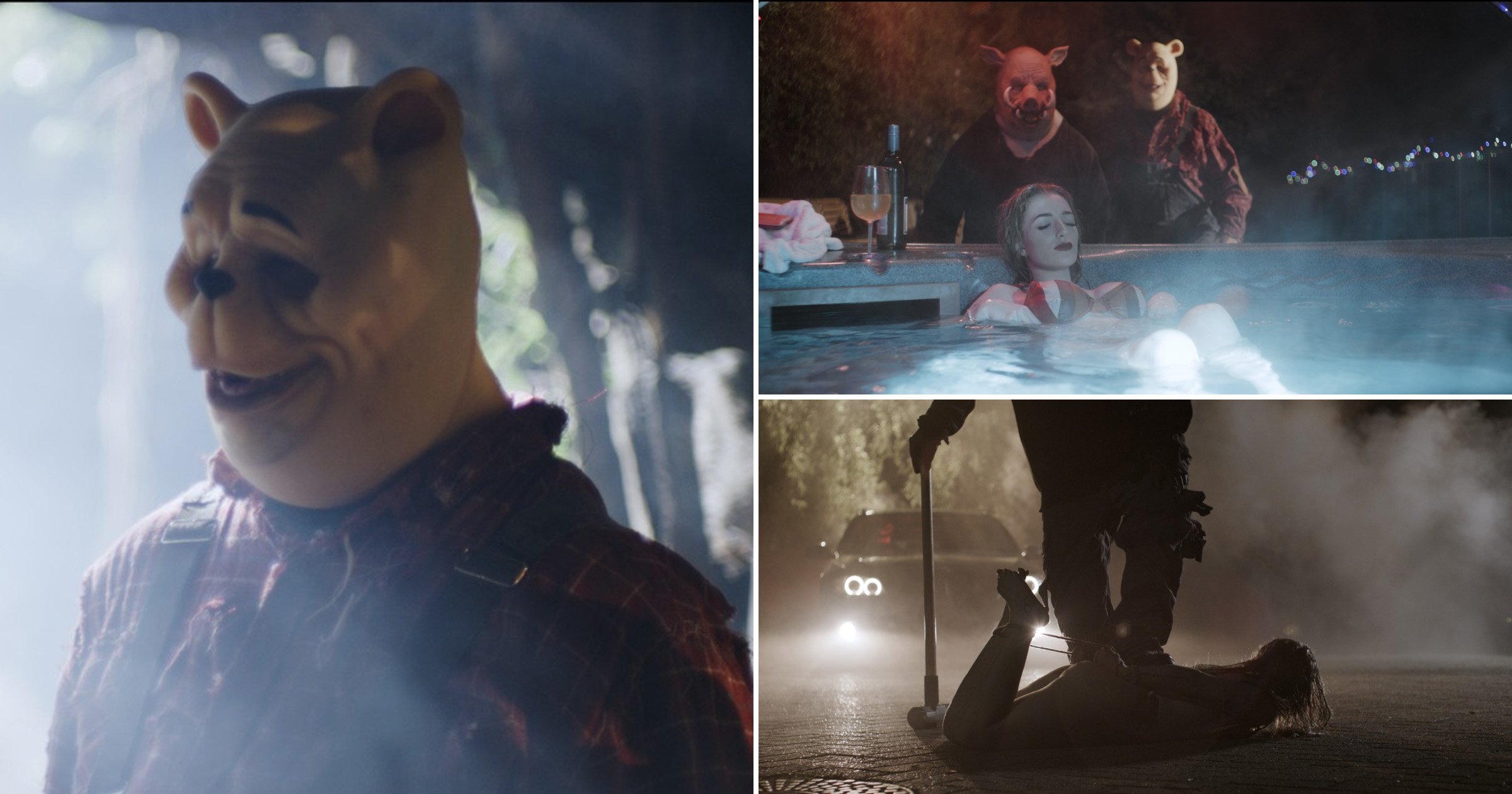 Unless you’ve been living under a rock for the past few days, you’ve heard about the upcoming Winnie-the-Pooh horror film (yes, that’s a sentence you just read).

Winnie-the-Pooh: Blood and Honey took the internet by storm this week as stills from the upcoming slasher flick were released online, showing an absolutely deranged-looking Pooh and Piglet as they hog-tie and torture an innocent victim.

Because AA Milne’s original Winnie-the-Pooh book, released in 1926, entered the public domain this January, anyone is free to use the characters in whichever way they like without any copyright issues.

And that’s just what Blood and Honey creator Rhys Waterfield did.

Speaking to Metro.co.uk, the director and executive producer said he was immediately inspired by the potential for a Winnie-the-Pooh-inspired horror film as soon as he realised the beloved children’s character had come into the public domain.

‘We came across it and we were like, “there’s something really creative and fun here we could do,”‘ he said.

Rhys explained that while he ‘loves horror,’ he was ‘getting so bored’ with the same monster movies: ‘werewolves, zombies, vampires, ghosts, it was all getting a bit dry.’

‘And this one… opens up such a lot of possibilities and really exciting stuff. From that second I was like “Hang on, I’ve got to make this.”‘

Using the beloved childhood characters allowed Rhys to bring about ‘some unique motives’ for the monsters, he added.

In the film, as a child Christopher Robin would feed the animal-hybrid creatures Pooh, Piglet and Eeyore, but as he grew up he abandoned them and allowed them to starve.

‘It’s really massively changed them as they’ve grown up, and they become this kind of unhinged, feral beings who are really sadistic and twisted, it’s altered their perception so much that they’re just absolutely deranged,’ Rhys says of his monsters.

‘They just want to go around and cause loads of suffering.’

But while we see plenty of Pooh and Piglet in the just-released stills, we haven’t seen Eeyore – why could that be?

‘As the years have gone on they’ve struggled to survive,’ Rhys explains.

‘Eventually, it got to the point where it was so dire and there was no food in the forest for Pooh and Piglet, and they made the tough decision to kill and eat Eeyore.’

There has been plenty of speculation about who or what Winnie and Piglet are in the film, with some suggestions they were men in masks – not so, Rhys says.

‘It’s not serial killers in a mask, that would have been really boring.

‘They are truly hybrid animal humans… even when they were young and Christopher used to feed them. He was just a kid so he didn’t know any different, but they always were these abominations.’

Despite – or more likely because – the film is so deranged, Blood and Honey has gone massively viral for a small production, with Rhys and actress Natasha Tosini, who plays Lara in the flick, blown away by the ‘insane’ reaction.

Natasha features in one of the most widely-shared stills from the upcoming film: hog-tied in the middle of the road as a sinister Pooh-bear waits behind the wheel of a car.

‘I used to love Winnie the Pooh as a kid,’ Natasha says. ‘It was literally my favourite show.’

Saying she ‘loved’ being part of the film, Natasha recalled that, at first, she wasn’t too frightened as she had met the Winnie-the-Pooh actor several times before the shoot.

‘But Piglet came in late. When I met him for the first time it was on set, and it was immediately like “Action!” and he started snorting, and I was like “Oh God! Honestly, I was petrified.’

‘I don’t know what I’m allowed to tell you about my character but I can tell you that it doesn’t end really well for her, which you can probably tell from the stills.’

Rhys, Jagged Edge and ITN productions also had to be careful about how they portrayed Winnie, as the original 1926 book is the only one in the public domain.

‘There’s a line we have to be careful with,’ Rhys says.

Winnie-the-Pooh: Blood and Honey is currently halfway through post-production, with Rhys anticipating it will be released in the fourth quarter of this year at the very latest.

As for where audiences will be able to catch it, Rhys admits he doesn’t have much to do with the distribution side of things, but hopes it could go for a ‘theatrical release or an exclusive signing with Netflix.’