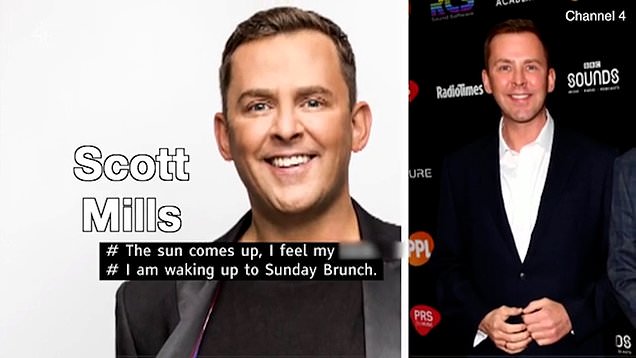 Sunday Brunch was hit with a rather NSFW caption blunder as the show’s theme song got a make-over this week no one was expecting.

This is either the technical issue of nightmares, or a scorned captions operator now looking for a new job.

Viewers were left in hysterics as the opening tune, which usually, innocently, sports the line ‘The sun comes up. I fill my cup. I’m waking up to Sunday Brunch,’ but was instead transformed by a closed-caption that didn’t quite translate correctly.

On yesterday’s episode, the offending line instead stated: ‘The sun comes up. I feel my c**k. I’m waking up to Sunday Brunch.’

Yep, that’s going to enrage the censors of Channel 4 who probably aren’t too keen with their sunny morning jingle hit with a side of spontaneous penis at 9.30am.

The quick moment, which flashed on the screen for a mere moment, was caught by viewers settling in to the lifestyle programme, as one noted: ‘When teletext goes wrong in an amusing way,’ as they shared a screen grab of the moment, which occured over an image of guest Scott Mills.

Ah Sunday Brunch – it never fails to ‘fill our cup’.