On Thursday’s instalment of BBC Breakfast, presenters Naga Munchetty and Charlie Stayt spoke to Lisa and one of her students who she teaches at her home for free. As she shared details about how she plans to get more female cab drivers in London, viewers were far from impressed with the interview.

Introducing the topic, Charlie told viewers with over 6,000 streets within a six-mile radius in the capital, taxi drivers in London have their work cut out for them.

Naga highlighted the job has traditionally been for men before cutting to Lisa in South London who is helping other women pass the knowledge test for free.

The knowledge test was introduced as a requirement for London taxi drivers in 1865 to show they knew the name and location of the streets along with the quickest route.

Speaking to Lisa and Laura Wall, Charlie asked: “Lisa, first of all, tell us, you are the teacher in this situation.

“Why do you want more women to take up cab driving and why do you think so few do so at the moment?” 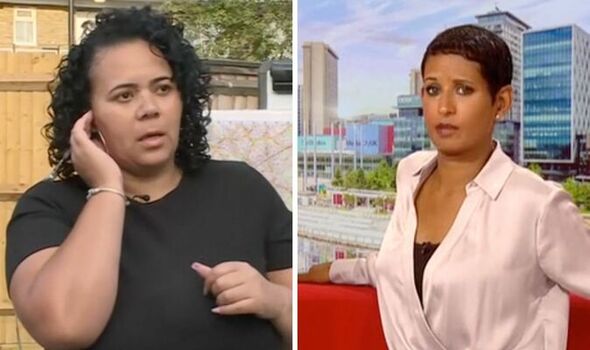 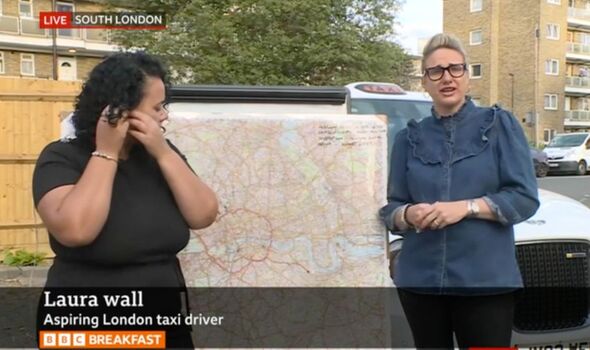 Although there was a long pause as Lisa was unable to hear the BBC Breakfast presenters back in the studio.

Laura held her earpiece as she gestured for her to answer but Lisa whispered “I can’t hear” after an awkward silence.

Noticing the student was able to hear, Charlie and Naga decided to direct their questions at her instead.

However, when the camera cut back to the two ladies, Laura took a stumble with Charlie commenting: “It’s all going wrong!” 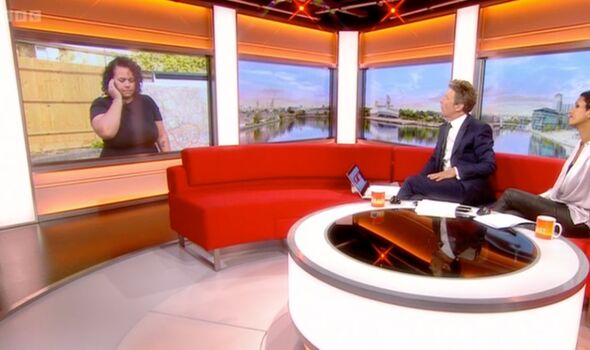 Apologising for the technical issues, Charlie asked her why she wants to take up taxi driving and why so few women do.

Laura replied: “For me, it was more about the freedom of the job, it’s something that I’ve wanted to do for a very very long time.

“I started it in my early 20s, I didn’t get very far, I was young and didn’t take it seriously at the time.

“But, 20 years down the line, I’ve had a son and for me, it’s the freedom of the job and being able to go to work as and when I want.”

Throughout the interview, Lisa could be seen touching her earpiece and commenting on how low the presenters were.

At the end of the conversation, Charlie apologised for the communication issues they had before saying: “It’s a bit like when someone’s in the back of the cab and you can’t hear them properly through the glass.

“It’s one of those mornings this morning!”

However, viewers watching were left squirming at the awkward interview with one person calling it the worst they’ve seen on TV.

One viewer said: “Pahahaha! This chaos is the most south London thing ever. In the best possible way. #BBCBreakfast!”

John said: “Female taxi driver interview is the worst I have ever seen on TV #BBCBreakfast

Another chimed in: “#bbcbreakfast Dear Lord, this is painful.. How long is this pointless interview with a lady taxi driver going to go on?”

BBC Breakfast continues weekdays on BBC at 6am