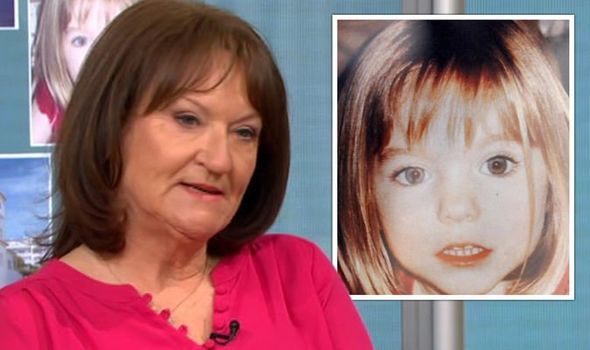 Joining Phillip Schofield and Holly Willoughby on This Morning, Sue explained everyone is “hoping” Madeleine McCann will be found 14 years after she first went missing while on holiday with her family in Praia da Luz. The former Chief Superintendent explained as long as there are lines of enquiry, the investigation into her disappearance will continue.

It has been 14 years since Madeleine went missing from her family’s holiday apartment in Praia da Luz, in Portugal’s Algarve, on May 3, 2007.

Ahead of her 18th birthday, Phillip and Holly received an update on the investigation into her disappearance.

“So this investigation is known as Operation Grange,” Phillip stated.

“And so, and I said there, it would have been Madeleine’s 18th birthday coming up… let’s hope, it will be. Because that is what her parents believe.”

Sue replied: “Well, of course, I think that is what we are all hoping (for). I mean, we would love an outcome where we find Madeleine. 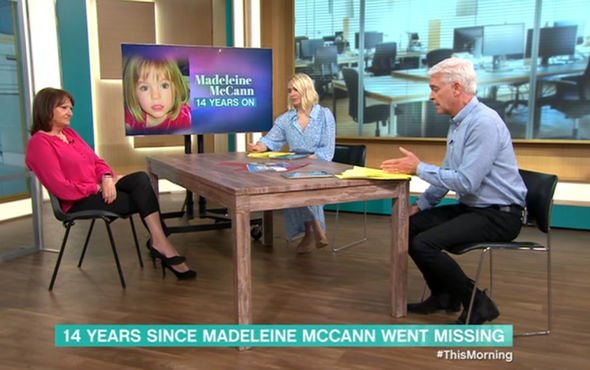 “But I think the reality is 14 years on, and it is every parent’s worst nightmare, they do not know and nobody knows where Maddie is.”

Sue continued: “Police working on the investigation, police on Operation Grange, they still refer to it as a missing person’s investigation.

“We all hope don’t we that Maddie will be found alive,” Sue added later in the interview.

“She is at the heart of this investigation, a little girl that’s gone but there’s no evidence.” 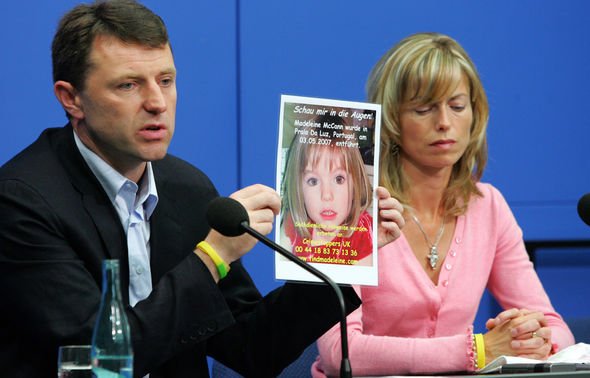 Holly went on to ask: “With the team of Met officers who are working on this continually, how much contact will they have with Kate and Gerry, Madeleine’s parents, about what’s going on? Will they be keeping them informed?”

“Well, the thing is, after 14 years you can imagine the family don’t want to hear of every sighting,” the expert explained.

“There have been so many over the years and everybody doing it for the right reasons, everybody wants to help but the problem being, they will be in contact but the liaison will be very limited unless there is something specific.

“I mean, how many times have that family been let down?”

She later added: “We’re 14 years on and this has been one of the biggest stories, missing people enquiries ever.

“There are very few people who haven’t heard of this unless you’ve been living under a stone. With all the exhausted investigations, there’s still no real evidence of where Maddie is.”

Phillip noted there are four officers still working on Madeleine’s case and asked: “How long can this case stay open?”

“Well as long as there are lines of enquiry and an investigation to pursue, I said earlier, at the heart of this is a little girl and somebody took her. Who took her?

“As long as that person remains undetected, that person poses a threat to other children and we can’t have that. If a little girl has gone, we need to find out who did it.”

It comes after Maddie’s parents posted a message on the Find Madeleine website. It read: “Every May is tough – a reminder of years passed, of years together lost, or stolen.

“This year it is particularly poignant as we should be celebrating Madeleine’s 18th birthday. Enough said.

“The Covid pandemic has made this year even more difficult for many reasons but thankfully the investigation to find Madeleine and her abductor has continued.

“We hang on to the hope, however small, that we will see Madeleine again.

“As we have said repeatedly, we need to know what has happened to our lovely daughter, no matter what. We are very grateful to the police for their continued efforts.

“We still receive so many positive words and good wishes despite the years that have gone by. It all helps and for that we are truly grateful – thank you.”